Intercepta Smith to Jared Goff, with this play concludes the game.
11:07 PMa year ago

The Rams play in 4&down and Robert Woods escapes to the opponent's 30 yard.
11:03 PMa year ago

Great pass from Griffin III to Boykin which makes the reception at the opponent's 13 yard.
10:45 PMa year ago

Marcus Peters intercepts Goff and returns her to the 35-yard.
10:36 PMa year ago

Long pass from Jared Goff to Robert Wood, Rams are in rival territory.
10:35 PMa year ago

Touchback. L.A. will initiate offensive series from the 25th yard.
10:26 PMa year ago

Baltimore is played in 4&down and Jackson completes with Brown for the 1&10.
10:16 PMa year ago

Mark Ingram runs for over 20 yards and the Ravens are already in rival territory.
10:04 PMa year ago

Three and out for the Rams. Baltimore will have new possession of the ball from the 20th yard.
10:02 PMa year ago

Touchback. Rams initiate first attack of the third quarter from the 25 yard.
9:56 PMa year ago

The Baltimore attack moved the chains fast. With Gus Edwards running they are now close to the opponent's 10th yard.
9:51 PMa year ago

Touchback. Ravens will have the first possession of the second half from the 25 yard.
9:37 PMa year ago

Pass from Jackson to Roberts, 1&goal for the Ravens.
9:30 PMa year ago

Goff pass to Brandin Cooks next to punishment of the Ravens has Los Angeles to the red zone gates.
9:19 PMa year ago

Pass from Goff to Highbee and the Rams are within the 10 yard.
8:55 PMa year ago

Lower Everett pass from Goff and serves to reach the red zone.
8:51 PMa year ago

Todd Guerley escapes for a win greater than 15 yards and is in rival territory.
8:48 PMa year ago

Baltimore is in fourth place and it is a good 1&10 for the Ravens who come to the red zone with Lamar Jackson's bullfight.
8:37 PMa year ago

The Baltimore defense again stops Los Angeles in three moves. Rams punt and Ravens will have the ovoid from the 38 yard.
8:30 PMa year ago

Six-yard pass from Jackson to Marquise Brown for touchdown. Extra point is good.
8:23 PMa year ago

Lamar Jackson runs for 20 yards and the Ravens are placed at the red zone gates.
8:20 PMa year ago

Mark Ingram runs for 15 yards and Baltimore is already in rival territory.
8:19 PMa year ago

Touchback. Rams have the ball in its yard 25.
8:10 PMa year ago
The L.A. Rams will also be playing in their Color Rush uniform. 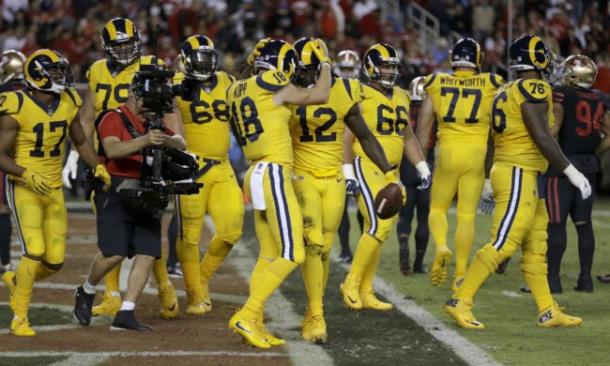 7:44 PMa year ago
Little by little, fans are joining the Memorial Colisseum. 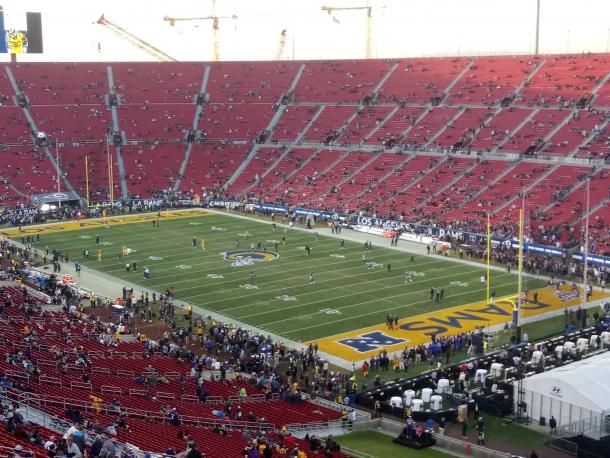 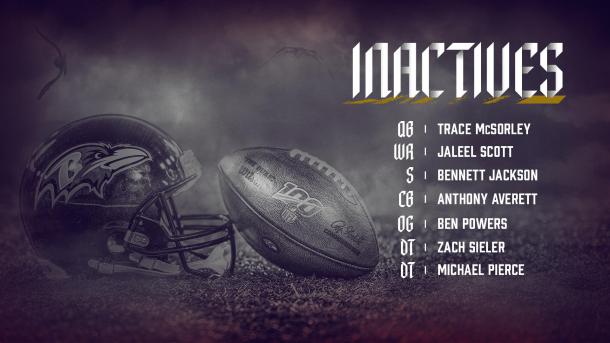 7:09 PMa year ago
In the Color Rush uniform, the Baltimore Ravens will play tonight. 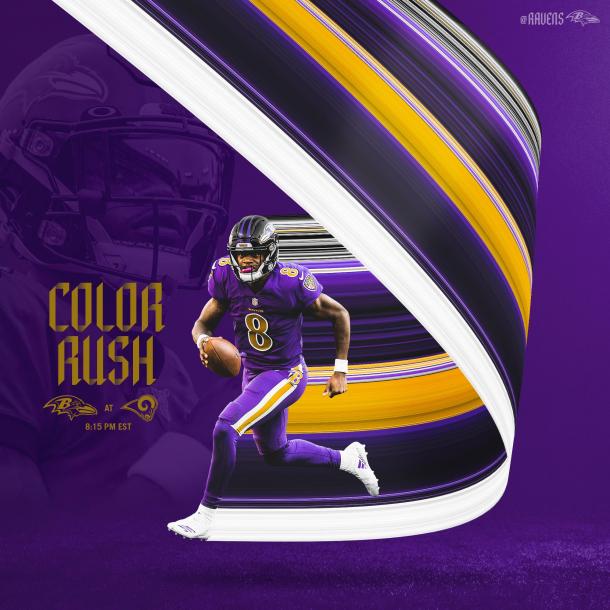 If you want to directly stream it: ESPN Play.

If you want to watch in on interent, VAVEL USA is your best option!

Jared Goff, QB of Los Angeles Rams. A total disappointment has so far been 2019 for the Rams QB. It has not been able to withstand the pressure with the contract it signed and its numbers prove this. Only 11 touchdowns and 10 interceptions is the record he has, statistics that do not support the good year he had last year.
7:59 PMa year ago

Lamar Jackson, QB of Baltimore Ravens. In his second season of the NFL, Lamar is signing a year that has him as one of the great candidates to win the MVP. So far he has 25 touchdowns (by air and land), as well as more than 3,000 yards combined.
7:46 PMa year ago

With the task of winning, no matter what the form. Rams at home were able to solve the game against the Bears. It wasn't the most spectacular game for the L.A. team, but the ground attack and defense brought victory to the surface.
6:51 PMa year ago

A very complicated test seemed for Lamar Jackson and company when they received the Texans at M&T Bank Stadium. It was a very even start, but the Ravens exploded from the second quarter and beat (7-41) Houston. Another great day was lived by Lamar Jackson with air and ground annotations.
6:43 PMa year ago

Rams, life is still at stake

The bad start of the season is taking its toll on Los Angeles Rams, coupled with the great campaign they are having in their division San Francisco and Seattle. Los Angeles has a record (6-4), but there is little margin for error. Against one of the best NFL teams, Sean McVay's team must go home to win.
6:37 PMa year ago

Ravens, consolidate as the best team of the NFL

The experts and the numbers say it, Baltimore Ravens is positioning itself as the best team in the entire league. With a record of (8-2) the Ravens are at the home of Patriots for the leadership of the AFC. They should not slow down and now they are presented with a new opportunity to showcase the great talent in prime time match.
6:29 PMa year ago

My name is Enrique Ortega and I will be your host for this game. We'll provide you with news, team updates and all the live news here at VAVEL.