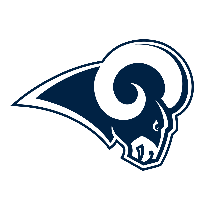 Lamar Jackson stole the show once again as the Baltimore Ravens extended their winning streak to seven games after their emphatic 45-6 victory on the road against the Los Angeles Rams.

Two touchdown receptions from Marquise Brown, in the first quarter, set the tone for the rest of the game.

Mark Ingram and Willie Snead ensured the Ravens were comfortably ahead at the half. Lamar Jackson went on to record his fifth touchdown pass of the game, in the third quarter to Snead.

Jackson has emerged as one of the favourites for the MVP award after his performances over the last few weeks. The Ravens move to a 9-2 record on the season and have a titanic meeting with the San Francisco 49ers on Sunday.

After forcing a quick three-and-out, the Ravens done what they usually do, start quickly. Starting their first drive with good field position, the offense went 60-yards in nine plays as Brown scored on a seven-yard touchdown reception.

The Rams failed to get going again, with Baltimore’s defense forcing another quick three-and-out. Jackson had another passing touchdown to his name when he connected with Brown once again.

Greg Zuerlein kicked a 32-yard field goal to put LA on the board, but the Ravens were relentless and were carving the Rams open with ease on offense.

Mark Ingram rushed into the end zone from one-yard on Baltimore’s next drive, while Snead’s seven-yard touchdown reception made it four touchdowns from their first four drives. The Ravens were up 28-6 at the half.

Ravens continue to pile the points on in second-half

The Ravens picked up where they left off in the first-half. Jackson led the offense on a 10-play, 75-yard drive to start the second-half.

Jackson found tight-end Mark Andrews on a 38-yard connection and the drive was when the quarterback threw up the middle to Ingram for a seven-yard touchdown.

Jared Goff and the Rams offense were on the field for just 59 seconds, with Baltimore forcing another three-and-out. Just like their previous five drives, they recorded another touchdown on their next one.

Jackson was, again, allowed to express himself freely in the game after his O-Line gave excellent protection all game. After another long drive, Snead caught his second touchdown pass of the game at the end of the third quarter.

Back-up quarterback Robert Griffin III was introduced in the fourth quarter. Justin Tucker added three more points in the quarter as the Ravens ran out convincing winners in LA.

The Rams were outplayed on both sides of the ball. Todd Gurley and their run game just never got going, with the running-back having just 22 rushing yards all night.

Take nothing away from this Ravens team though. They shone brightly on offense and defense, with the latter recording three sacks, two interceptions and a forced fumble.

Jackson had five touchdown passes in three quarters of football. Ingram finished the game with a pair of touchdowns and over 100 rushing yards, but Gus Edwards and Justice Hill also played a big role in their effective run game.

John Harbaugh and the team quickly turn their attention to the huge game against the 49ers (10-1) on Sunday in Baltimore. The Rams, meanwhile, know they must win on the road against the Arizona Cardinals to stay in the Playoff picture.