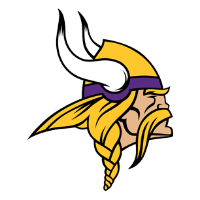 In a classic primetime game, Seattle pulled away in the third quarter and was able to hold off a spirited attack from the Minnesota Vikings to take a victory at home 37-30. Both squads came into the game needing victories to solidify their playoff chances.

Seattle, not immune to close games, nearly blew a 17-point lead in the fourth quarter but held on to win, and take sole possession of first in the NFC West over the San Francisco 49ers. The Seahawks are 9-1 in games decided by 8 points or less this season.

Seattle made timely play after timely play, and that was ultimately the reason that they won. Big nights from the running back contingent of Rashaad Penny (74 yards rushing, two total touchdowns) and Chris Carson (102 yards rushing and a touchdown) forced the issue all night against a usually difficult Minnesota defense. Their defense also came up huge forcing three turnovers, two which led to scores in the third and fourth quarters. Even Special Teams made big plays, the biggest being a fake punt which led to a fresh set of downs. Russell Wilson added 240 yards in the air and a pair of touchdowns to bolster his MVP campaign.

Minnesota did not lack their own set of big moments in Seattle, as quarterback Kirk Cousins threw for 276 yards and a couple of touchdowns. Dalvin Cook joined in on the action for a touchdown, and the defense made a remarkable pick-6 to put them in control in the first half. Minnesota did force two turnovers, but ultimately they were just numbers in the box score.

Dalvin Cook suffered an injury during the game.

Despite Kirk Cousins' now notorious 0-8 record on Monday Night Football, the Viking signal-caller was not the reason they lost. Big plays ruled the day in the northwest, and the Seahawks were able to take advantage of more of them.

Seattle (10-2)  heads to Los Angeles (7-5) next week looking to add distance between them and the rest of the division as they look for an NFC West division crown. Minnesota (8-4) will need to win to keep pace with the Green Bay Packers (9-3) in the NFC North and keep distance between themselves and the Los Angeles Rams for the final wild-card position. The Vikings play the Detroit Lions (3-8-1) next Sunday.