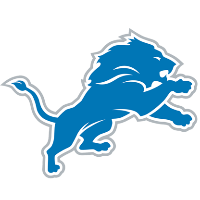 In a game the Green Bay Packers needed to win to secure a bye in the NFL playoffs, they made hard work of it against the Detroit Lions at Ford Field on Sunday.

The Packers, down 17-3 at half time managed to win the game 23-20 thanks to a Mason Crosby 33-yard field goal as time expired.

Poor first half display for the Packers

Detroit got off to a quick start scoring a touchdown on their second possession. On a trick play, Lions quarterback David Blough faked a handoff to his running back before pitching to Danny Amendola who ran a reverse to receive the ball, he then threw to a wide open Blough who ran in for the TD.

Both teams after this were unable to produce much offensively for most of the half. Detroit would double their lead to 14-0 with just three minutes left in the second quarter thanks to a one-yard rush on fourth and one by Kerryon Johnson.

At this point in the game Packers QB Aaron Rodgers had only thrown for 26 yards, completing just two out of ten passes.

On the Packers next drive Rodgers would take the offense 76 yards up the field but they could only convert that drive into three points as Crosby kicked the field goal from 32 yards out.

With just 20 seconds left in the half it would have been a safe bet to say there would be no more points. However, Ty Johnson was able to break away with a 40-yard run to put the Lions in good field position. After a further 11-yard run from Johnson, kicker Matt Prater was able to score a field goal from 42 yards out. The Lions went into the break with a 17-3 lead.

A much improved Packers in the second half

Just like last week against the Minnesota Vikings, Green Bay would come out of the half-time break showing major improvements.

Rodgers who finished the half with just 90 yards passing and completing 33 percent of his passes came out firing on the first possession of the second half completing a 20-yard pass to Jimmy Graham. That drive finished with a missed field-goal from Crosby from 51-yards out.

Although the Packers scored no points on that drive the offense looked much better compared to a first-half full of misplaced passes and drops and on their next drive they were able to score a TD to get them back into the match.

With poor field position the Packers offense were able to march 95 yards up the field to score in a drive finished off by a 20-yard TD pass by Rodgers to Davante Adams to cut the lead to seven points. 17-10 Lions.

After a quick three-and-out the Packers were able to score a 40-yard field goal in their drive and early in the fourth quarter kicker, Prater was able to score from 56-yards out to give back a seven-point lead to the Lions.

On the Lions next drive came the turning point of the game. Packers linebacker Blake Martinez intercepted Lions QB Blough mid-way through the fourth quarter to give the Packers possession from mid-field. If that wasn't enough then a 15-yard unnecessary roughness penalty by Amendola made the situation even better for the Packers.

Amendola had been arguing back and forth with Packers cornerback Kevin King throughout the last series and the red mist descended as he shoved King when he was out of bounds and without the ball.

On the subsequent drive after three Aaron Jones runs, on fourth down and one, Rodgers found Adams with a three-yard pass to keep the drive alive. Two plays later the touchdown came as Rodgers found wide receiver Allen Lazard for a 28-yard TD.

Rodgers took advantage of all of Lazard's six-foot-five frame throwing the ball high down the middle where only he could get it. Lazard landed in the end-zone and after an official review the TD stood.

Dramatic ending to the game

With the game tied at 20-20 and the Packers having all of the momentum, and possession after another unsuccessful Lions second half drive, the Packers looked to close out the game. However, after an offensive pass interference call against wide receiver Jake Kumerow put the Packers at third and 20, Rodgers went for broke but was intercepted by Lions cornerback Amani Oruwariye with 1:49 left in the game.

The Lions with nothing to lose went for the game instead of trying to run out the clock and after a quick three and out the Packers had possession again with 1:26 left.

That as we have seen so many times is more than enough time for Rodgers to take the Packers up the field on a game winning drive. With just 45 seconds left the big play to put the Packers in field goal distance came from a screen pass to Jones.

Jones turned what looked a nothing play into a 31-yard gain and after a couple of short runs, Crosby came out with three seconds left to kick the game winning 33-yard field goal as time ran out.

The Packers won out 23-20 and secured second seed in the NFC playoffs and a bye next week. After a poor first half Rodgers redeemed himself finishing the game with 323 yards, two TD's and one INT. Jones rushed for 100 yards off 25 carries. Adams had 93 receiving yards along with his one TD.

With this win the Packers finished the season with a 13-3 record and will begin the playoffs in the divisional round where they will face the highest winning seed left after the wild card round.