We are waiting for you at the next NFL game with all the information about your favorite team on VAVEL USA.
See you next time.
7:51 PMa year ago

With this 3 point kick Butker gave his team the victory in additional time.

Harrison Butker kicks from 58 yards again and gets the touchdown for the Chiefs that gives his team the win.
Kansas City takes the game in Los Angeles!
7:37 PMa year ago

Kansas City gets 1st and 10 when they play the 4th down at one yard that ends up working.
7:30 PMa year ago

Chargers doesn't believe in the third down and now the ball will go to Chiefs.
7:28 PMa year ago

Chargers will have the ball on offense.
7:24 PMa year ago

Butker delivers the kick that equalizes the score.
There will be extra time in SoFi Stadium!
7:22 PMa year ago

Mahomes carries the ovoid to the 25th yard and gives the 1st and 10th to his team.
7:17 PMa year ago

Hill receives the pass from Mahomes at the 35th yard, placing Chiefs in the end zone.
7:08 PMa year ago

Chargers couldn't make the TD at only 4 yards with three attempts so the kick will come.
7:04 PMa year ago

Herbert carries the ball from the 16 and has first and goal for the Chargers on the 4 yard line.
7:00 PMa year ago

A pair of Kelley hauls that have the Chargers with 1st and 10th, near the end zone.
6:53 PMa year ago

Kansas City makes a two-point play to tie the game with a pass from Mahomes that finds Hardman.
The Chiefs tie!
6:50 PMa year ago

Mahomes makes an extraordinary pass behind the 40-yard line that Hill receives and after a somersault he is inside the end zone.
6:47 PMa year ago

The final stretch of the match begins with the possession of the ovoid by the Kansas Chiefs.
6:36 PMa year ago

Henry finds Herbert's pass and manages to isolate himself until he passes the 50-yard line.
6:31 PMa year ago

Harrison Butker's field goal, was a kick of over 50 yards.
Amazing what the Chiefs' player does!
6:21 PMa year ago

Field goal for the Chargers from the 23rd yard.
6:20 PMa year ago

Herbert corrects his mistake with two long passes to the 50 yard and then to the 26 yard in two consecutive plays, Allen bounces well to receive the pass.
6:17 PMa year ago

Danna captures Herbert 14 yards back and the Chargers have 2nd and 24.
6:15 PMa year ago

Allen receives a long pass from Herbert near the 40-yard line.
6:12 PMa year ago

Patrick Mahomes can't complete the pass and the Chargers will have the ball back on offense. The Chiefs' quarterback has a hard time in the game!
6:06 PMa year ago

Kansas City will have the first opportunity to attack.
5:53 PMa year ago

Chargers loses the ball on the last play so it will be the Chiefs' when the 3rd quarter begins.
5:44 PMa year ago

With this extraordinary pass Los Angeles expands its advantage

The match has reached the two-minute break.
5:32 PMa year ago

Herbert makes a great pass to Jalen Guyton for the youth's first touchdown and the Chargers' second in the game.
5:28 PMa year ago

Ekeler carries again to the 10-yard line leaving several rivals along the way.
5:26 PMa year ago

Herbert passes completely to Ekeler, who gains yards and goes to the 26th.
5:20 PMa year ago

The shot was blocked and there is no extra point for the Chiefs.
5:17 PMa year ago

Mahomes makes a great pass to Kelce who scores the Towchdown that gives the Chiefs a chance to tie.
5:12 PMa year ago

The second quarter begins with Chargers on the offensive.
5:04 PMa year ago

Mahomes has not been able to complete his passes, so now the ball is for the Chargers again who will play from the 30-yard line for the 2nd quarter.
4:54 PMa year ago

Mathieu makes the receiver uncomfortable and the TD does not materialize to Justin Herbert's pass.
4:48 PMa year ago

Free reception for Kansas City who have the ball at the 11-yard line.
4:42 PMa year ago

Repetition of the first TD of Chargers

Thanks to the carry-over by rookie Herbert, the score was made.

Incomplete pass from Mahomes and there are 3rd and 5th for Kansas City.
4:33 PMa year ago

Justin Herbert carries the ball and scores the first TD for the Chargers.
4:30 PMa year ago

Chargers advance to the 26th yard after a breakaway by Joshua Kelley.
4:27 PMa year ago

The Chargers vs. Chiefs match starts.
4:24 PMa year ago

Everything is ready at SoFi Stadium

In a moment we will bring you the LIVE match between Kansas City Chiefs and Los Angeles Chargers by VAVEL USA.

Those led by coach Andy Reid will come out in their typical red uniform.

They come out with impressive white equipment and sky blue and yellow badges. 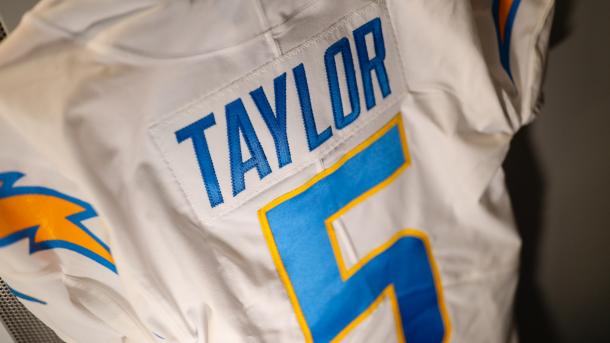 The local team is premiering!

Kansas City Chiefs is in Inglewood

In a moment we will bring you everything related to the Kansas City Chiefs vs Los Angeles Chargers game at SoFi Stadium.
Stay tuned!
9:47 AMa year ago

Don't move away from here!

In a few moments we will share with you the initial rosters Kansas City Chiefs vs Los Angeles Chargers, as well as the latest information from SoFi Stadium.

Don't miss out on the live game of VAVEL USA online.

Where and how to watch Kansas City Chiefs vs. Los Angeles Chargers online and live

The match will be broadcast on CBS channel.
It can be tuned from live ESPN Play and NFL Game Pass streams.
If you want to watch the game live online, VAVEL USA is your best option.
9:19 AMa year ago

In last week's victory, 21-year-old Clyde Edwards-Helaire came out on top.
Despite his young age, the running back looked like the perfect complement to Patrick Mahomes' powerful arm to give to the champions, Chiefs, a balanced offense.
9:12 AMa year ago

The attack of Los Angeles is going through a transition after 16 years with Philip Rivers.
Tyrod Taylor has come to replace Querterback this season and only completed 16 of 30 innings for 208 yards, still no touchdown, in the win against the Bengals.
In this game he will have to do more than that to reduce the pressure on his defense.
9:03 AMa year ago

This was the start of the Chargers

For their part, the Chargers (1-0), coming off a tight, controversial, win in Cincinnati in the first week. The score was 13-16 against the Bengals.
For this week 2 will seek to become the fourth consecutive team to open their new home, SoFi Stadium, with a win.
8:54 AMa year ago

Wonderful start for the Chiefs

Kansas City started its NFL 2020 tour with a home exhibition against the Texans, where they scored 369 yards in a 34-20 win that, to tell the truth, does not reflect their dominance.
Now, coach Andy Reid and his players will want to replicate results in an unfamiliar venue.
8:44 AMa year ago

Last Sunday, the architectural wonder that will be the home of the Los Angeles Chargers and Los Angeles Rams in the NFL was inaugurated.

It is the most expensive and luxurious stadium in history; construction began in 2016 and had a construction value of no less than 5 billion dollars.

It has an occupancy of 70,000 spectators, however, among its features is the ability to expand to receive up to 100,000 people. 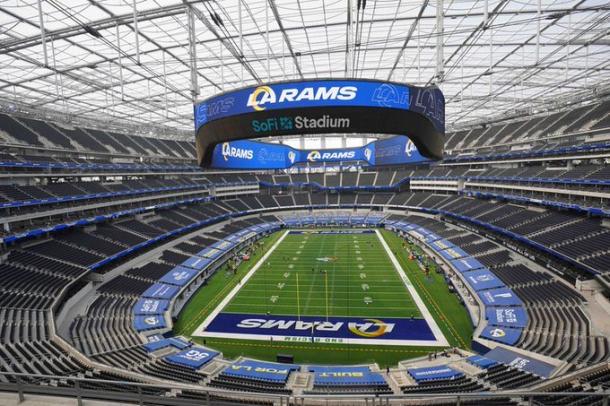 The game will take place at California's SoFi Stadium.
The kick off time will be at 4:25 p.m. ET
3:09 PMa year ago

I am Salvador Espino and i'll be your host to the Kansas City Chiefs vs. Los Angeles Chargers live broadcast of Week 2 of the NFL 2020.