We are waiting for you in the next NFL game with all the information of your favorite teams in VAVEL USA.
Thank you for tuning in!
11:37 PM10 months ago

With this interception Singleton gets a TD that ended up being worth the victory for Philadelphia.

With a pass to the end zone from midfield Beathhard fails to connect and ends the game with a very good pace.
The match ends on Levi's Stadium.
11:19 PM10 months ago

TD of McKinnon carrying the ball and getting in based on effort.
Later the pass is incomplete on the play for the extra two points. You will have to look for the TD San Francisco!
11:15 PM10 months ago

A TD play is checked because the San Francisco player's knee touches the grass first, so it is cancelled.
11:07 PM10 months ago

Pass intercepted by Alex Singleton who runs 30 yards with the ball in his hands, clears one last defender and scores to give Eagles a greater advantage. What a mistake by Mullens!
The kick is complete by Elliott.
11:02 PM10 months ago

Travis Fulgham receives a perfect pass from Carson Wentz and reaches the end zone with balance.
Great play by Eagles!
The kick is complete by Jake Elliott and now Philadelphia is ahead with less than 6 minutes left.
10:56 PM10 months ago

Wentz is caught near his own end zone and the ball will go to San Francisco on offense near midfield.
10:41 PM10 months ago

With this kick Eagles is 3 points away from the tie.

Fourth chance for San Francisco and it will be time to strike for Philadelphia.
10:28 PM10 months ago

In fourth opportunity Jake Elliot makes a 35-yard kick and gets three points for Philadelphia.
10:24 PM10 months ago

Mullens sends a good ball to the area and Kittle receives perfect.
The kick is complete and San Francisco takes the lead!
10:03 PM10 months ago

The second half starts with San Francisco on the offensive.
9:53 PM10 months ago

Thanks to this move Philadephia has a one point lead on the scoreboard.

The 49ers will receive the kick-off at the start of the second half.
9:42 PM10 months ago

Bad offensive series for the Eagles who find themselves with a fourth opportunity and 20.
9:32 PM10 months ago

McLeod intercepts the Mullens pass and carries the ball near the 30-yard line for the de Eagles offense.
9:29 PM10 months ago

Nick Mullens takes a very good long pass to George Kittle on the 17-yard line. 1st and 10 for San Francisco!
9:24 PM10 months ago

On a play with 6 yards to go, the 49ers' defenders cornered Wentz and threw an incomplete pass.
The ball will go to San Francisco.
9:15 PM10 months ago

Jalen Mills stopped the advance of Mullens and in the 4th down the ball will be for the Eagles in the offensive.
9:08 PM10 months ago

Eagles does not take advantage of his offensive and with a bad pass from Carson Wentz now it will be the turn to attack for San Francisco.
9:06 PM10 months ago

This is the move that Aiyuk ended up celebrating euphorically with good reason.

Brandon Aiyuk received a short pass from Mullens, ran out of his opponents and with an incredible jump he freed a defender and reached the end zone.
Impressive play!
8:52 PM10 months ago

Wentz got into the end zone with the ball and got the first 6 points for Philadelphia.
8:50 PM10 months ago

After an improvised play Wentz carries and gets the 1st and 10th for the Eagles.
8:38 PM10 months ago

Azeez Al-Shair intercepts Wentz's pass, the 7th pass he has lost in the 4 games he has played this season.
It will be 1st and 10th for San Francisco.
8:27 PM10 months ago

Wenz sends the incomplete pass in third time and now the ball will be for 49ers.
8:23 PM10 months ago

The match between Eagles and 49ers starts at Levi's Stadium.
8:17 PM10 months ago

The locals have suffered casualties this season, such as Kittle who is back on track.
But the team has had a smooth start, all because they have very well assimilated Kyle Shanahan's system; their coach is above any individuality. 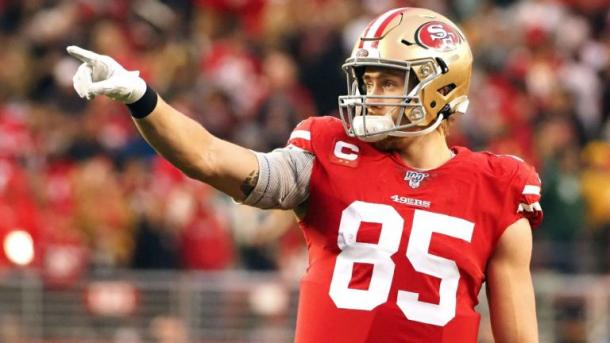 The casualties in favor of Eagles

If anyone is used to playing with casualties in the NFL, it's the Philadelphia Eagles.
Without the pressure of having to win and with the spotlight of Sunday Night, just the right factors can come together to surprise you: Wentz will sooner or later wake up and play at the level you're used to. 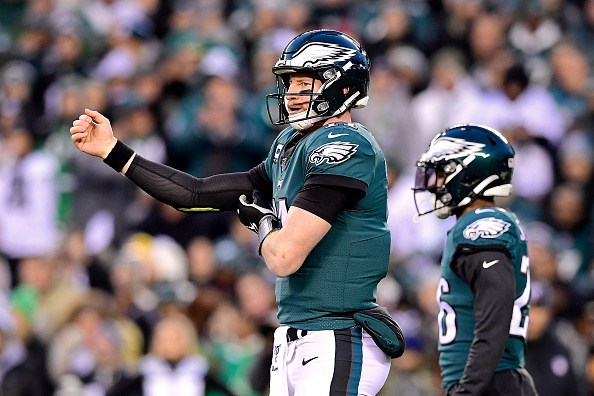 This is the postcard that is given to us by the San Francisco 49ers' stadium on this night. 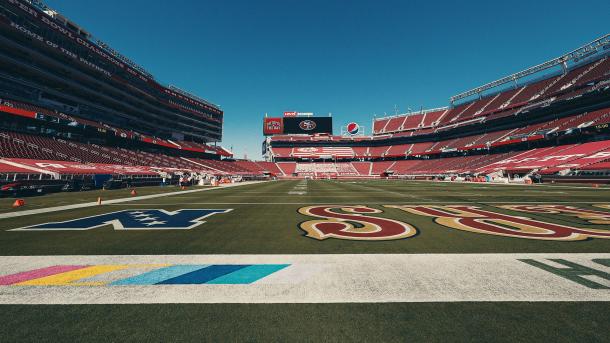 This is how the Philadelpia team will take to the field in their white uniform and green helmet.

On the part of the San Francisco 49ers, Dee Ford, Mark Nzeocha and Jordan Reed are out.
While K'Waun Williams, Jimmy Garoppolo, Raheem Mostert, Dre Greenlaw and Emmanuel Moseley have different options for recovery.

Week 4 of the National Fotball League (NFL) will feature the Philadelphia Eagles and the San Francisco 49ers starting at 8:20 p.m. Eastern Time. 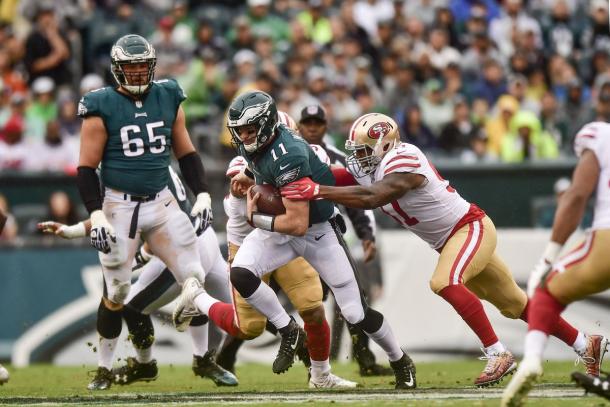 In a moment we will bring you everything related to the Philadelphia Eagles vs San Francisco 49ers game at Levi's Stadium.
Stay tuned!
1:49 PM10 months ago

Do not miss a detail of the match with the live updates and commentaries of VAVEL. Follow along with us all the details, commentaries, analysis and lineups for this Eagles vs 49ers matchup. Stay with us!
1:44 PM10 months ago

The last time they faced Philadelphia vs. San Francisco was on October 29, 2017, when the Eagles overwhelmingly defeated the 49ers by a score of 33-10 at Lincoln Financial Field.
In this game, the performance of QB Carson Wentz, who had 212 yards and two touchdowns, stood out.
1:39 PM10 months ago

How and where to watch Philadelphia vs San Francisco NFL LIVE

If you want to see it live on TV, the broadcast will be through NBC.
If you prefer to follow it online, remember that VAVEL USA is your best option.
1:34 PM10 months ago

Brandon Aiyuk made a TD for carrying in the last game against Giants.

He was also the best receiver with 5 and a total of 70 yards won by this half, so Eagles' defenders should cover him by all possible means.

Carson Wentz has not been able to display the level of play that he has been doing in past seasons.
His 59.8 percent complete pass rate may have been good in previous years, but he ranks 28th among qualified starters.
However, the Philadelphia QB must always be cautious.
1:24 PM10 months ago

San Francisco is on the right track

For their part, the 49ers will be looking to win their third match in a row after defeating the New York Giants 36-9 in week 3.
They currently serve as the last place in the NFC West statistic, however, a win could lead them up the rankings.
1:19 PM10 months ago

The Eagles who have just drawn with the Cincinnati Bengals by a score of 23-23 will be looking for their first win of the season.
And in the statistics they have two lost games and a draw, which is why they will have to make an extraordinary effort to win the game.

The Eagles vs 49ers match will be played at the Levi's stadium, in Santa Clara, California.
The kick-off is scheduled at 8:00 pm ET.
1:09 PM10 months ago