Thank you for tuning us in

We wait for you for the next live broadcast, remember that in VAVEL Mexico we have all the information and the best moments of the NFL 2020.
See you next time! 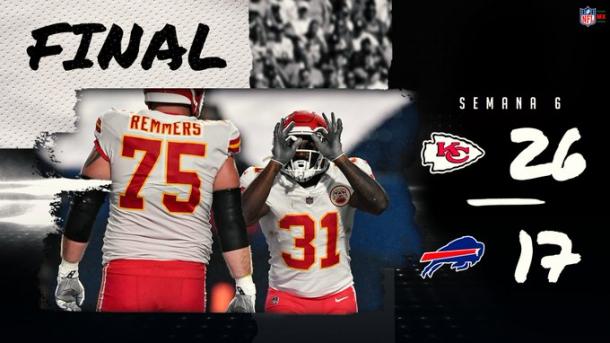 This play ended up giving the Kansas team the victory.

Bills fought not to lose

With this play they tried to shorten the distance on the scoreboard for the last quarter.

Allen tried a long pass that captured Sorensen, and with this play the game is over.
Victory for Kansas City Chiefs!
6:52 PMa month ago

In the fourth opportunity Butker achieves the kick for the Chiefs and gets three more points.
6:50 PMa month ago

The game arrives at the two-minute break with a scoring advantage and offensive series for Kansas City.
6:45 PMa month ago

Mahomes found Pringle on a lake pass where he made a 37-yard advance and set up near the end zone.
6:43 PMa month ago

There was almost a loose ball for the Chiefs, but after reviewing the play it ended up with 4 yards against for them.
6:36 PMa month ago

Allen sends an eight-yard short pass down the middle to Beasley, who power-tapped into the end zone.

Bass' kick is good and they get the extra point.

In the third opportunity the Bills didn't allow Williams' advance so in the fourth down came the complete 37-yard kick by Butker.
6:24 PMa month ago

Once again the offensive series is commanded by the Edwards-Helaire carry-over which has been a nightmare for Buffalo's defense.
6:14 PMa month ago

Chiefs walk away on the scoreboard

With this move you put 10 points up.

Great play of Mahomes where he turns to avoid the rival tackles and throws himself to achieve the 1st and 10th.

Allen sends an incomplete pass to Beasley at the third opportunity and quickly the offensive series becomes for the Chiefs again.
5:47 PMa month ago

Mahomes' pass nearly got intercepted on 3rd down however ends up being incomplete and the possibility to go on the offensive now will be for the Bills.
5:40 PMa month ago

The second half of the match starts with the Chiefs on the attack.
5:39 PMa month ago

With this TD the Bills took the lead for a few minutes.

Unfortunately for the Bills, Bass missed the 52-yard kick.
5:27 PMa month ago

Buffalo regained possession after a loose ball, with six seconds on the clock Allen made a pass to Diggs who was left in the field goal zone.
5:21 PMa month ago

Incomplete pass by Josh Allen on the third occasion and Mahomes will come to command the Kansas attack.
5:17 PMa month ago

We arrived at the two-minute break with a second chance and three for the Bills.
5:15 PMa month ago

Diggs makes a great feint to stand up a Kansas defender but unfortunately the play ended in an incomplete pass.
5:08 PMa month ago

Patrick Mahomes connects with Kelce on a 12-yard pass to the left. The kick is bad by Butker and the extra point is not good.

To highlight the performance of Edwards-Helaire, who got 31 yards on the ground in this advance.

Allen made a short pass to Diggs of 4 yards, who neared leaving the field caught the ball dragging both feet to score.

The extra point is complete by Bass.

First TD of the game

This is how Mahomes found Kelce by the center.

Patrick Mahomes passes through midfield for the 11-yard Kelce, and scores the first touchdown of the game.

Butkler's kick is good and the extra point is scored.

Bass scored a 48-yard field goal, the longest of the season for the kicker, and the Bills lead the way.
4:26 PMa month ago

Allen makes a short pass to the left for Beasley, a strong pass but one that he captured well to gain 11 yards.
4:19 PMa month ago

After Patrick Mahomes missed the third down and the Bills will attack again.
4:10 PMa month ago

The Bills miss their first opportunity to go on the offensive and give the ball to Mahomes.
4:06 PMa month ago

The match Bills vs. Chiefs starts with the locals on the offensive.
3:55 PMa month ago

Allen recovered Brown for today's game and will look to continue his strong chemistry with Stefon Diggs with whom he has a season record of 10 catches, achieved in the game against Titans.

Clearly, this surprise will depend on the strength of his arm, as the Bills haven't had a 100-yard runner all season. 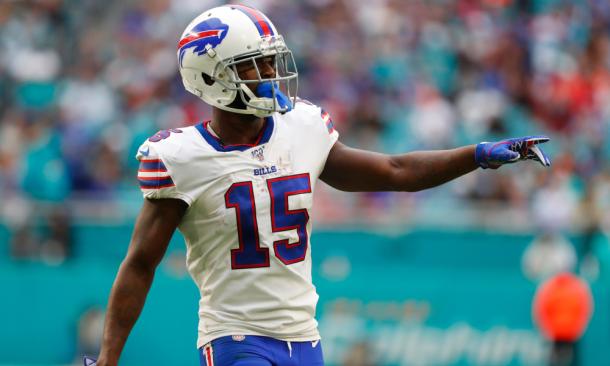 The home team will play in their traditional blue uniform with red and white details.

The Bills are warming up

The team from Buffalo, New York, is already warming up and is practically ready to start with this duel corresponding to week 6.

This is what the Bills' house looks like where the locals will seek to retake the path of triumph.
Wonderful postcard of the stage that, without fans, will see action this afternoon at 5 pm ET. 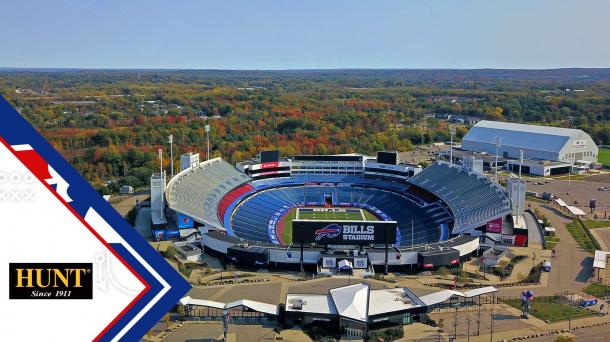 Kansas gets ready for the game

The Kansas City Chiefs are ready to face their commitment this afternoon and are already making their first warm-ups at the Bills' house.

In a moment we will bring you everything related to the game between Buffalo Bills and Kansas City Chiefs at Ralph Willson Stadium.
Stay with us!
12:27 PMa month ago

Remember that with the broadcast of VAVEL USA you will have access to all the details and information before and during the game against Kansas City Chiefs vs. Buffalo Bills.
12:22 PMa month ago

The last time these two teams met was on November 26, 2017 at Arrowhead Stadium.

The Bills' team came away with the victory by a short score of 16-10.

How and where to see Kansas City vs Buffalo

If you want to watch the game on TV, you can find it on the Fox Sports channel.

If you prefer to follow it live on the Internet, remember that VAVEL USA is your best option.

As far as carry-overs are concerned, Stefon Diggs has done a great job for his team, with 36 receptions and a total of 509 yards.

He will no doubt be a player that Kansas City's defenders will need to score well.

Despite the loss in the previous game, Patrick Mahomes finished with 340 yards, two touchdown passes and only one interception.
In addition, he has put the team on his shoulders, being a fundamental piece in the good start of the season.
12:02 PMa month ago

Bills lost with a bad look

At the Titans' home, the Bills also lost the match undefeated, after going down with a crushing 16-42 score.

This, in turn cut their good run of wins (4), in which now also counts a defeat, however this is their chance to recover by taking advantage of the local.

Despite having a good start, the Chiefs suffered their first setback of the season after losing at home to the Las Vegas Raiders in a close 40-32 match.

They are currently four wins for just one loss, so they will be looking to get back on track this afternoon.

The Chiefs vs Bills match will be played at the Ralph Wilson stadium, in Buffalo, New York.