We hope you enjoyed the live broadcast of the Rams 27-24 Bucs, stay in VAVEL because we have all the information of your favorite teams and sports.

With this interception the Buccaneers lost the game when they had the chance to try and win it.

We could say that Rams' kicker gave his team the victory.

The Rams won!
The game is for the visitors!
The final score is Los Angeles Rams 27-24 Tampa Bay Buccaneers.
11:18 PM2 months ago

Tom Brady again missed a long delivery and was intercepted by Fuller, the game is practically for the Rams.
11:12 PM2 months ago

In the fourth opportunity Gay kicks of 40 yards and the Rams are ahead, although there will be enough time for Tampa Bay.
11:08 PM2 months ago

The Rams crossed the half-court quickly and with a great pass from Goff finding Woods, they are already close to the 20-yard line.
11:02 PM2 months ago

Long pass from Brady connecting to Brown and getting the TD with a great flight over the Rams defender.
The kick is complete. Everything equals 24 points!
10:57 PM2 months ago

Goff's pass was intercepted by Whitehead and the Buccaneers are celebrating!
10:54 PM2 months ago

On the fourth occasion Tampa Bay played it and Brady's pass was incomplete.
Rams will have an offensive series at the 42-yard line.
10:51 PM2 months ago

The Buccaneers' offense already crosses the midfield and they are going to look for the draw TD.
10:45 PM2 months ago

Brady wastes the series with wrong passes and a new play will come on the offensive for Los Angeles.
10:39 PM2 months ago

The Rams did not take advantage of the series and Tom Brady will come for the Bucs offensive.
10:35 PM2 months ago

This is the TD that has Rams with the advantage.

No fumble was scored, there will be a fourth opportunity for Buccaneers!

The Rams will have the ball on offense near the halfway line.

Tom Brady's Fumble very close to his own end zone and the Rams will have a great chance of a new touchdown.
10:27 PM2 months ago

Los Angeles team was unable to advance from mid-court and will hand the ball to their opponents.
10:20 PM2 months ago

New long pass attempt by Brady that does not reach Brown and there will be offensive play for Los Angeles.
10:16 PM2 months ago

The Rams lit up and got the TD on a great pass from Goff to Akers, who carried for 4 yards and entered the end zone.

The kick is complete and the Rams are back in front!

A gift from Tom Brady in a pass that was left in the hands of Fuller and the Rams again have play offense from the 37th yard of Bucs.
10:06 PM2 months ago

Gay missed the kick and could not give the Rams an advantage in this offensive series.
10:01 PM2 months ago

The Rams have a good offensive series and are already in midfield with a 16-yard pass to Woods.
9:56 PM2 months ago

Succop makes a good kick and ties everything up again!
9:54 PM2 months ago

He started the 3rd quarter with Rams on offense, however, he intercepted the ball Pierre-Paul and Bucaneros are close to the TD.
9:43 PM2 months ago

The Rams want the game

With this score Jefferson left the score the same for the return of the Rams.

The partial advantage is for the visitors.
The score momentarily is: Rams 17-14 Buccaneers.
9:38 PM2 months ago

After a great offensive carry play by Woods, the ball was left in the end zone and the person in charge of converting the kick was Gay, who gave the advantage to the Rams before halftime.
9:29 PM2 months ago

In fourth time the ball will be for the Rams to the offensive.
9:28 PM2 months ago

With this move the Bucs took the advantage momentarily.

We arrived at the two-minute break with an interesting offensive series for the Buccaneers who are practically on the half-court.
9:20 PM2 months ago

Immediately Rams responds with a pass from Goff to Jefferson who dived into the end zone.

Gay's kick is good and it's all tied up again!

After a good offensive series and two interference penalties, they managed to enter with a Fournette carry to the end zone.

The kick is complete and the Buccaneers score 7 more points!

The TD of Tampa Bay

As a result of Rams' mistake to the defense, Evans managed to sneak into the end zone.

Evans escaped at the start of the second quarter, Brady passed well to the number 13, can not be knocked down in good shape and went into the end zone.

The kick is good by Succop.

Brady found Gronkowski and they are near the end zone, good offensive series of the Bucs!
8:40 PM2 months ago

He was left alone

This is the reception that Wood found without difficulty in the end zone.

After a skillful move, Goff found a pass to Woods, and he already got his first TD for the Rams!
The field goal is good from Gay.
8:32 PM2 months ago

Punishment for Buccaneers that cost them the first and goal against, only two yards away.
8:31 PM2 months ago

Great pass from Goff to Cuper Kopp who broke a tackle and escaped near the first and goal.
8:23 PM2 months ago

In the 3rd down Brady fails the pass and there will be offensive series for the Rams.
8:17 PM2 months ago

The game starts!
The first offensive will be for Brady and company.
8:13 PM2 months ago

All ready for tonight's game

Players take to the field and are ready for what could be the best game of the 11th week.

The winner could lead his division

If the Buccaneers win, they could take the lead from the Saints; while Rams would do the same with Seahawks if they won. 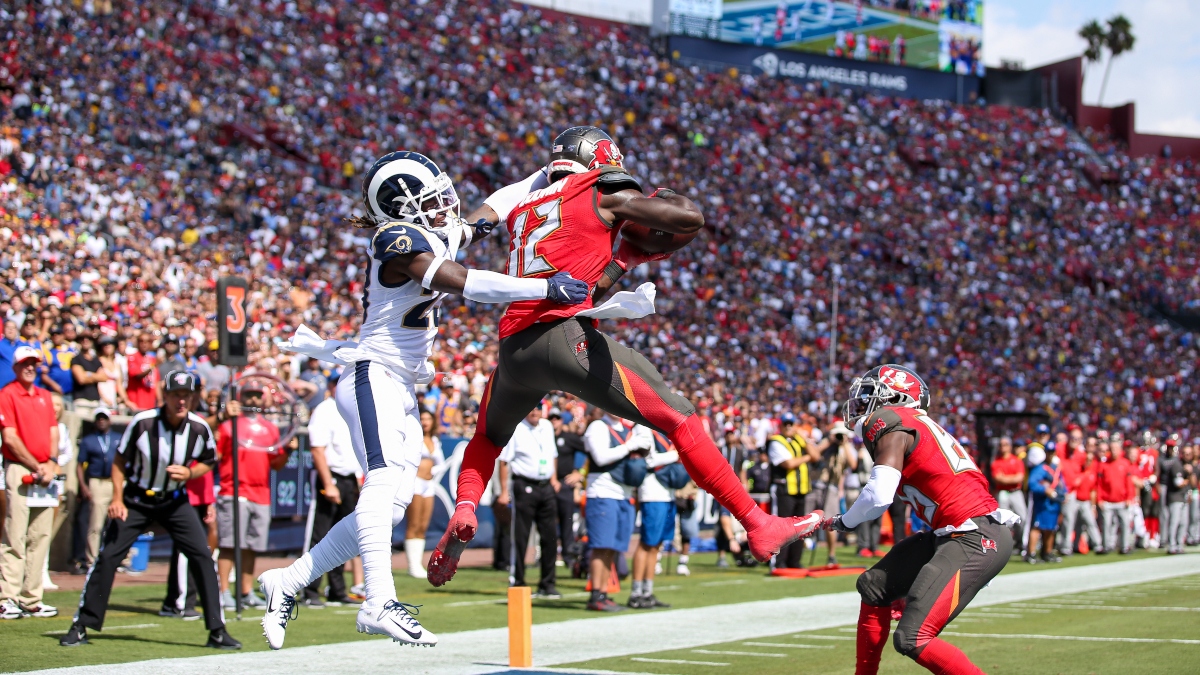 These are the inactive Rams

Inactives of the Bucs

These are the players who, for one reason or another, will not be able to see action tonight from the locals.

The Rams have arrived

The visiting team has already left to warm up for this Monday Night Football match.

Will Rams be a problem for Buccaneers?

In the role, Rams should not be a problem for the Buccaneers, however, both Sean McVay's men and those led by Bruce Arians promise an encounter that will be power to power on the offensive and full of emotion.

The locals have arrived

The Tampa Bay team arrived with a view to achieving another victory at home.

Welcome to the live broadcast

We have already started and in a moment we will bring you the most relevant information of this Rams vs Buccaneers game in Tampa.
Stay with us!
5:31 PM2 months ago

In a moment we will present you all the details of this match that will face Rams vs Buccaneers, details, live plays and the minute by minute in VAVEL.

Last match between Rams and Bucs

How and where to watch the Rams vs Buccaneers

If you want to watch it on TV, the broadcast will go on ESPN.

On the other side, Malcolm Brown's carriages have been fundamental for the score that the Rams manage at this moment.

He is simply a player who knows how to escape from defenses and has given his team very good results. 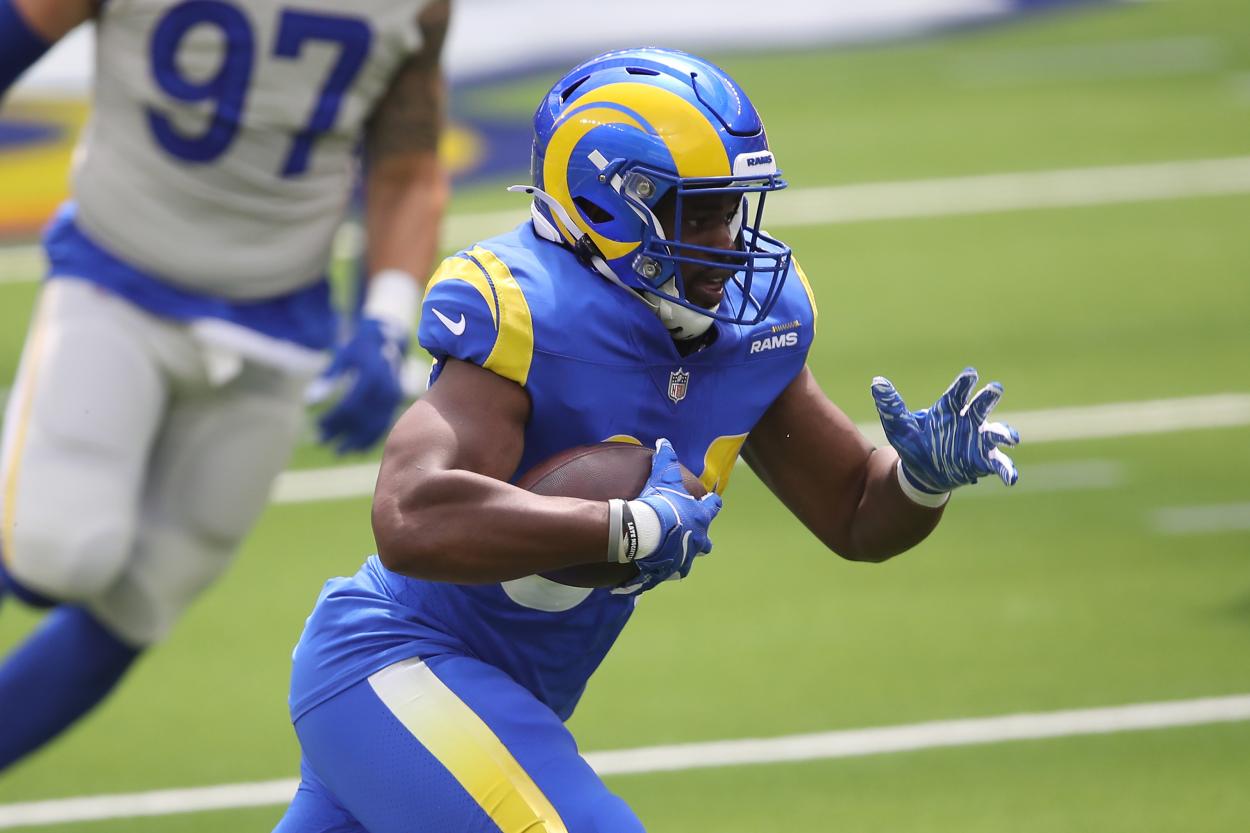 Leaving aside the player of the moment in Tampa who is Tom Brady, we can highlight the great campaign that Rob Gronkowski has had.
The NY player has had a good rate of passes received and will be looking to increase his reception rate. 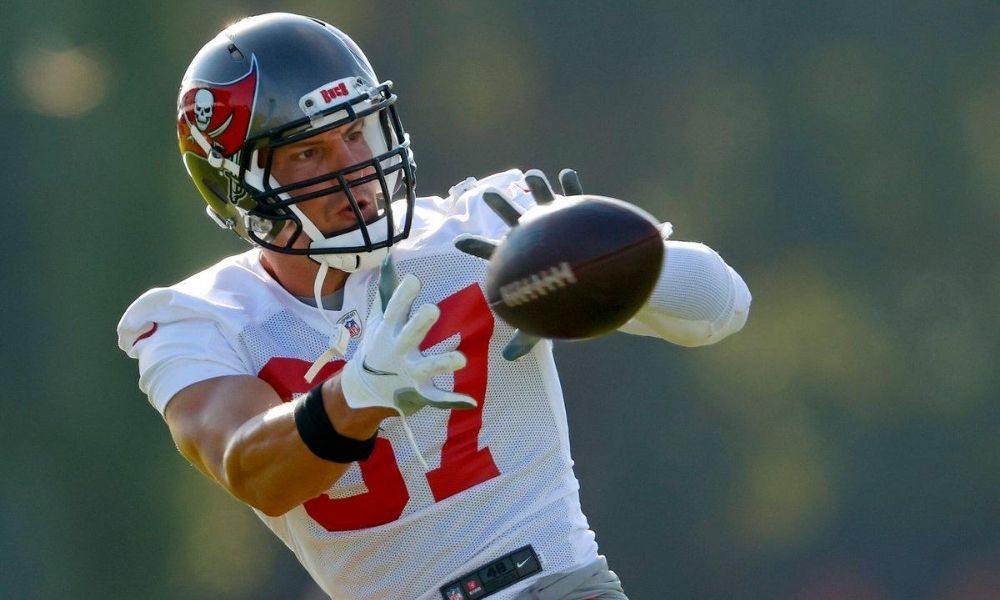 The Rams had a favorable result last Sunday, when they defeated Seahawks by a score of 23-16.

They are currently close to the NFC West leadership, so they will be looking for victory at all costs.

Tampa Bay in search of Playoffs

The buccaneers have had a good season with Tom Brady, with a record of 7 wins and 3 losses, however, they are not yet in the playoffs.

In the last game they defeated the Panthers by a convincing score of 46-23.

The Rams vs Buccaneers match will be played at the Raymond Jemes stadium, in Tampa, Florida.
The kick-off is scheduled at 20:15pm ET.
4:51 PM2 months ago

Welcome to VAVEL.com’s LIVE coverage of the 2020 Competition match: Rams vs Buccaneers!

Defence wins out as the Los Angles Rams beat the Seattle Seahawks in Wildcard weekend. 9 days ago

Colts made to rue missed chances as Bills march on9 days ago
Restore your password
Please enter your user name or email.
Login Member or Writer Panel
Enjoy your own Customized Newspaperwith VAVEL topics' carousels!