Remember that in VAVEL we have all the information of your favorite teams and sports, we hope that the transmission has been to your liking.

With two field goals from Hopkins, the visitors managed to win against a very difficult opponent.

The match ended at Heinz Field Stadium in Pitsburgh, where Ron Rivera's team is unbeaten by the Steelers.
10:22 PM10 months ago

Hopkins completes the field goal and has 17 seconds left in the game for Steelers to try and win.
10:17 PM10 months ago

Bostic intercepted Roethlisberger's pass and the visitors almost had the game in the bag.
Will this be Steelers' first defeat in the campaign?
10:12 PM10 months ago

Hopkins' kick is good and Washington is up on the scoreboard!
10:07 PM10 months ago

Pittsburgh passes the midfield with a couple of good plays.
9:57 PM10 months ago

This was Thomas' reception for the TD that gave Washington the momentary tie.

Smith found Thomas with a long pass completely alone and walked practically into the end zone.

The extra point is complete and the game is tied!

Washington has already passed the midfield thanks to a Barber carry and has 1st and 10th .
9:42 PM10 months ago

It will quickly be an offensive series for Washington again, starting from the 47th yard
9:37 PM10 months ago

In fourth time Way cleared and it will be new offensive series for Pittsburgh.
9:32 PM10 months ago

In the fourth opportunity Wright gets the field goal and the locals win it by 7 points.
9:27 PM10 months ago

Thanks to a 16-yard pass by Roethlisberger, the Steelers already pass the half-court with a good offensive series.
9:22 PM10 months ago

On the fourth occasion, Way was cleared, and steelers will have the opportunity to go on the offensive from the 18th yard.
9:17 PM10 months ago

The people of the capital are approaching

With a lot of strength, they got the TD to shorten the lead.

Peyton Barber penetrated the steelers' defense and got the score with a haul.
Hopkins scored the extra point.
9:07 PM10 months ago

Washington starts in an explosive way and already passes the half court at the beginning of this second half.
9:02 PM10 months ago

Complete 49-yard kick by Hopkins.
Half time at the Heinz Field!
8:57 PM10 months ago

Steelers will have one more offensive move before the end of the first half.
8:52 PM10 months ago

He escaped from Washington

Great career of the Pittsburgh player to be able to make the score.

A 50-yard touchdown and play where Big Ben found James Washington who ran away for more than 40 yards.
The kick is complete by Wright.
8:42 PM10 months ago

Steelers go to the front

This was the pass with which Big Ben found Johnson to open the score.

Excellent Washington's defense that on 7 occasions stopped Steelers' attack just one yard from the goal.

Roethlisberger after a long series found with a 3 yards pass to Jhonson.
The extra point is good for the locals.
8:22 PM10 months ago

Steelers have already passed midfield and will have 1st and 10th starting the second quarter.

Incomplete pass from Smith to Sims who had the ball in his hands but did not control it and in fourth time Steelers will have very good position in the field for his offense.

For the first time in the game the steelers pass the midfield and can generate danger.
8:07 PM10 months ago

After what seemed like a good offensive series, Washington will give the ball away again in a very close game.

Roethlisberger sends a good pass but Smith-Schuster could not catch the ball and will be a new offensive for Washington.
7:57 PM10 months ago

After a short offensive series for each team Ben Roethlisberger will come again.
7:52 PM10 months ago

The match starts at Heinz Field Stadium; Steelers will have the first offense of the game.
7:47 PM10 months ago

This is the uniform of the steelers for this afternoon as locals.

This is the uniform with which the visitors will jump to the court, a white sweater with cherry details.

These are the players that for one reason or another will not be for the capital team.

These are the players you can't count on today.

See who is in & who is out for our game against Washington. @UPMCSportsMed https://t.co/N0ZlHV1XSU

The Washington team is ready

They're already out on the court looking for what no team has achieved this season.

Icy as a hockey rink pic.twitter.com/Q5HSXnR2WQ

Steelers are already heating up

Cloudy afternoon in Pittsburgh, where the locals already go out to warm up with a view to maintaining their extraordinary season.

Steelers are already heating up

Cloudy afternoon in Pittsburgh, where the locals already go out to warm up with a view to maintaining their extraordinary season.
7:12 PM10 months ago

Steelers will be looking for a perfect finish to the regular season, while Washington is looking for a miracle to qualify for the playoffs.
7:07 PM10 months ago

In a moment we will bring you all the details and the minute by minute of this Monday afternoon's Washington vs Steelers game.
7:02 PM10 months ago

Last game between Washington and Pittsburgh

How and where to view the Washington vs Steelers

The match will be broadcast on television through Fox Sports.
If you prefer to follow it LIVE on the Internet, remember that VAVEL Mexico is your best option.
6:52 PM10 months ago

Antonio Gibson has been key to the smooth running of the former redskins.

It is pertinent to mention that in the last encounter he made three touchdowns by means of carries, having an advance of more than 110 yards. 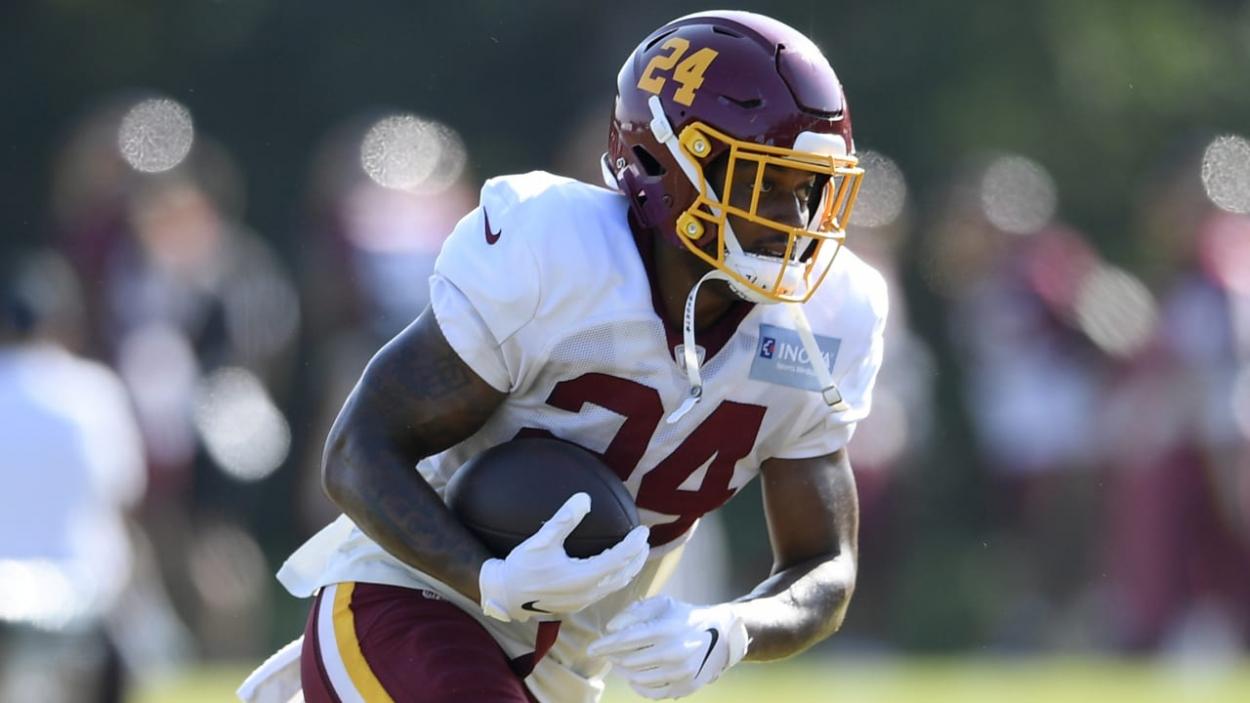 One of the players who has had very good numbers in terms of receptions is rookie Chase Claypool, who in the last game managed to do 6 with an average of 8.7. 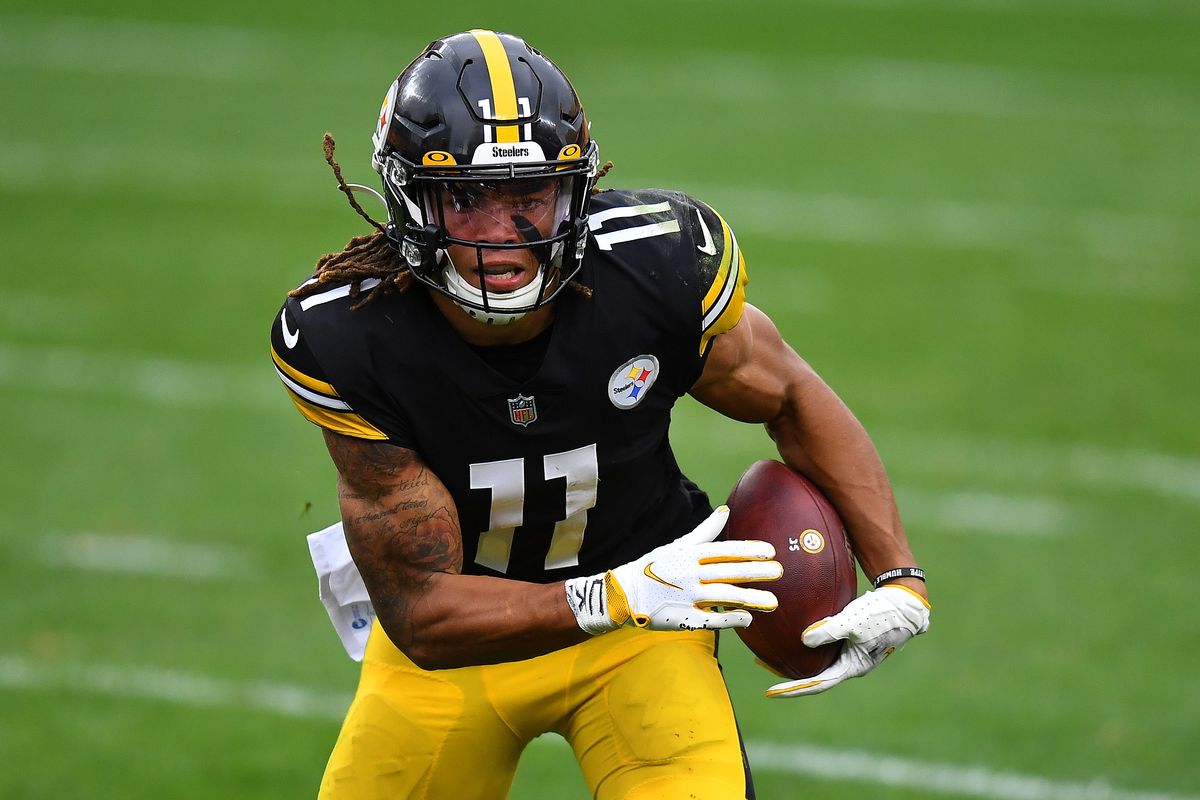 Washington on a roll

The visitors arrive at a good time, just see what they did last week when they defeated the Cowboys with a score of 41-16.
6:37 PM10 months ago

11 games won by zero against are the numbers recorded by the steelers in the tournament, so they want to close the season undefeated.

In the last match they defeated Ravens in the most complicated match they have had this season, which ended with a score of 14-19.

The Washington vs Steelers match will be played at the Hainz Field stadium, in Pittsburgh city, USA.

Welcome to VAVEL.com’s LIVE coverage of the NFL 2020 match: Washington vs Steelers!