Thank you for following the live broadcast of VAVEL, stay tuned for more news and sports scores.
12:11 AM9 months ago

This is how Dillon entered the end zone and scored an overwhelming score.

Green Bay let the time run out and takes the match with a strong score against the Titans.
12:01 AM9 months ago

A. J. Dillon manages to get into the end zone, penetrating the defense with great force.

Impressive catch by Davante Adams from 32 yards to Rodgers pass.
11:57 PM9 months ago

Adams finds a space after receiving the ball and gets 27 yards ahead.
11:51 PM9 months ago

In the fourth time, the Titans had to play and the pass was incomplete thanks to Alexander's coverage, who prevented the opponents from reacting.
11:46 PM9 months ago

A new interception but now in favor of Titans, Butler caught the ball after a pass from Aaron Rodgers, and they will try to get back on the scoreboard.
11:41 PM9 months ago

Kirksey intercepts Tannehill's pass, is second in the match, and with this they sentence the game in favor of Green Bay.
11:39 PM9 months ago

The last quarter begins with a good offensive series for Tennessee.
11:38 PM9 months ago

The match escapes the titans

Great run by A. J. Dillon to make the advantage almost unattainable.

Titans pass the midfield again and promise this offensive series.
11:28 PM9 months ago

In the fourth opportunity Green Bay played and Dillon escaped for 30 yards, but with great ease he got rid of Tennessee's defenders.

The extra point is complete with a good Crosby kick.

Due to a punishment Green Bay is given 1st and 5th to continue with a good offensive series.
11:17 PM9 months ago

The QB connected in this way their fourth touchdown pass of the match.

In three plays he scored Green Bay again, a great 59-yard run by Jones, and to end the offensive series, Rodgers found Adams completely alone in the end zone.
The kick was complete.
11:07 PM9 months ago

Ryan Tannehill escaped for a 45-yard touchdown at high speed.
Meanwhile the kick was good through Gostkowski.
11:00 PM9 months ago

The second half begins with a good field position for the Titans.
10:38 PM9 months ago

Titans gets the score and is present on the scoreboard with a short pass from Tannehill that found Smith and managed to beat the rival defense.
The extra point is good.
10:35 PM9 months ago

At 2nd and 10th Tannehill found Brown on a 12-yard pass and Tennessee advanced with a good offensive series.
10:30 PM9 months ago

Ending the attack with a series of inaccuracies for the packers, Crawford blocked Crosby's kick and they ran out of points.
10:19 PM9 months ago

Offensive series for Titans that finished fastly and in the clearance, the ball will be for Green Bay from the 45 yard line, near the midfield.
10:09 PM9 months ago

New score from the packers in a fairly straightforward offensive series that culminated in a good pass from Rodgers to Adams.
The extra point is complete thanks to Crosby's kick.
10:03 PM9 months ago

Savage intercepted Tannehill's pass for a new offensive series that will be very dangerous against Titans.
10:00 PM9 months ago

Aaron Rodgers found Brown in the end zone alone and sent this pass hard for him.

Long pass from Rodgers that found Brown in good shape for the second TD of the Green Bay team.
9:53 PM9 months ago

The second quarter begins with a good chance for the packers to go on the offensive.
9:50 PM9 months ago

Rodgers found Tonyan with a short pass, so the Packers have a good offensive series and are already passing from midfield.
9:44 PM9 months ago

Tannehill's pass is incomplete and there will be a new offensive series for Green Bay.
9:38 PM9 months ago

Tannehill found Baston with a medium pass to achieve a 1st and 10 for Titans, already passing from midfield.
9:35 PM9 months ago

Leaving everything in the snow

This is how Adams ventured to achieve the first TD of the game.
With everything!

Rodgers found Adams with a short pass for 5 yards to make the first score of the game.

Crosby missed the kick and the Packers are left with 6 points.

The game starts and the first offensive series will be for the packers.
9:16 PM9 months ago

It will be a complicated game

The field is covered with snow, Tennessee is also warming up for the last game this Sunday.

This is what the court looks like for today's game, and the Packers are already warming up for it.

We bring you all the best and the latest information on the match between Titans and Packers, plus the minute by minute.

In a moment more we will present you the minute by minute and all the details that revolve around the Titans vs Packers match.
3:07 PM9 months ago

How and where to see the Titans vs Packers

If you want to watch the game on TV, NBC will have the broadcast for USA.

If you prefer to follow it LIVE on the Internet remember that VAVEL USA is your best option.

In terms of numbers, Ryan Tannehill has been the most outstanding man in Tennessee, and not only with passes, he has had to play some tricks to get the points that have his team momentarily leading the south of the American Conference. 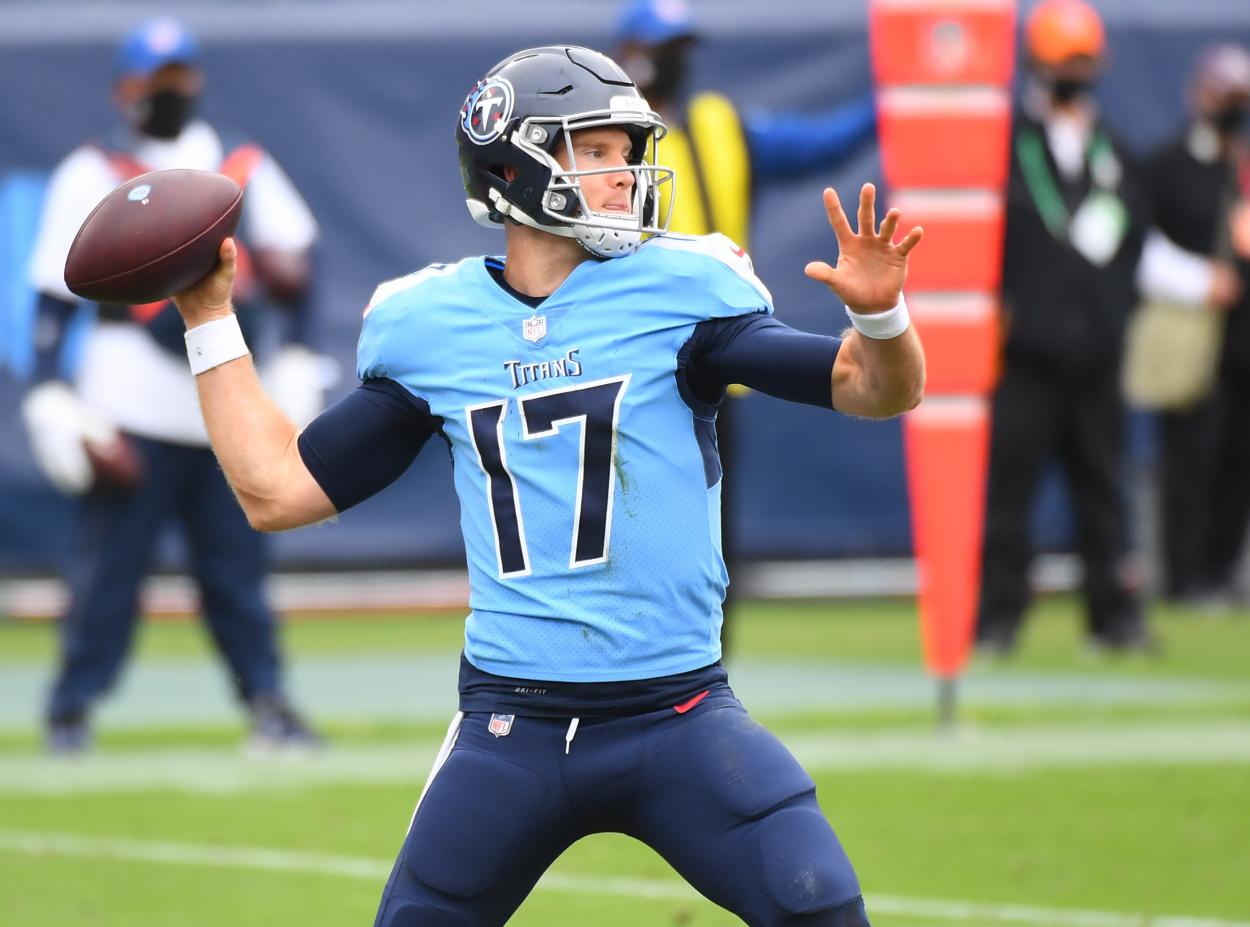 A good number of passes and points have earned the locals' QB, Aaron Rodgers, and he will have to stay on that path for the Packers to close in the best way in the playoffs. 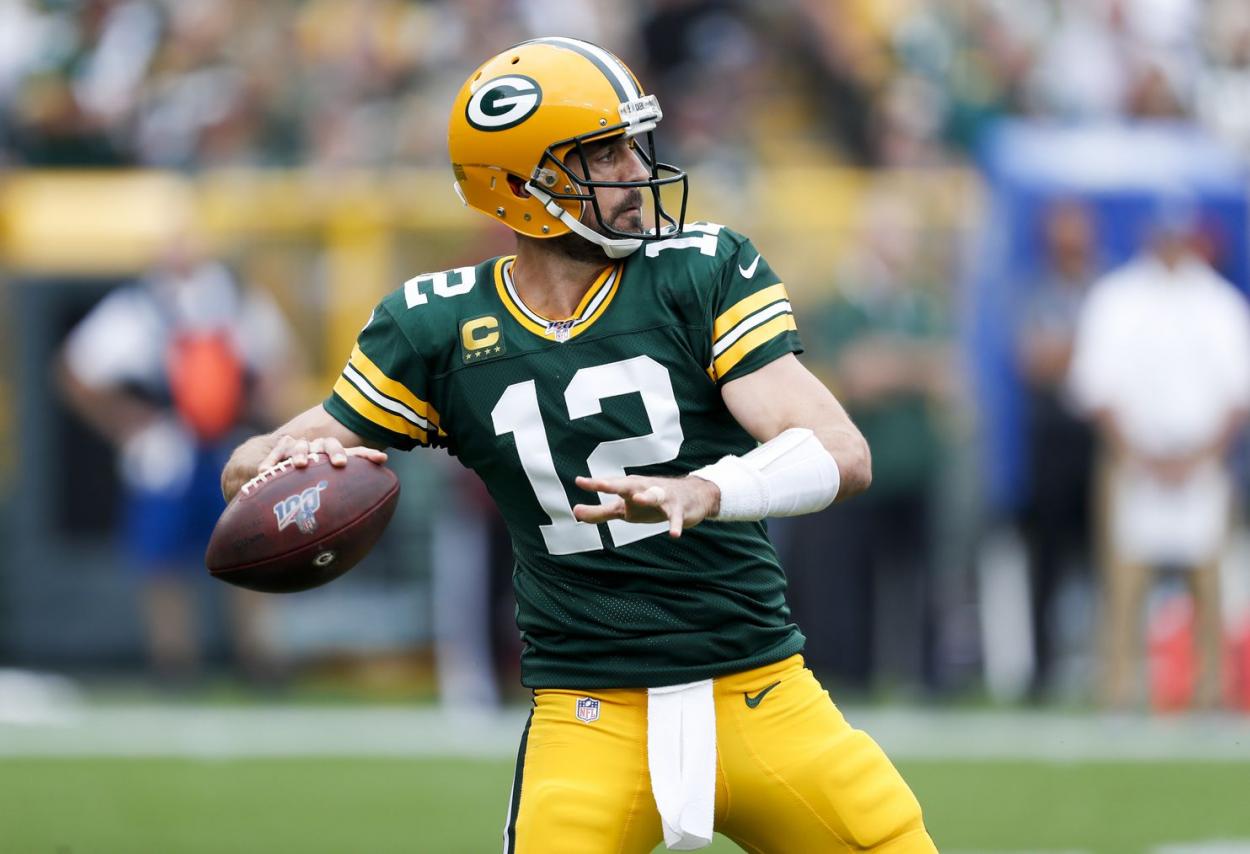 Despite the good campaign of the Tennesseans, things are not yet defined in the AFC South, as they share 10 wins for 4 losses with the Indianapolis Colts.

The Titans are coming off two consecutive victories, so they will be looking for one more to tie up their playoffs.

Green Bay's team is broadly dominant in NFC North, so they have already secured a place in the playoffs.

The last four games they are counting on wins and in the last one they beat Panthers by a score of 24-16.

The Tennessee vs Green Bay match will be played at the Lambeau stadium, in Wisconsin, USA.
The kick-off is scheduled at 8:20pm ET.
2:32 PM9 months ago

Welcome to VAVEL.com’s LIVE coverage of the NFL 2020 match: Titans vs Packers!