We hope you enjoyed the game on VAVEL, we wait for you soon with more broadcasts, news and sports results to keep you informed about your favorite teams.
8:26 PM9 months ago

They depended on themselves and they did it

The season ended with the Los Angeles team participating in the playoffs for the Super Bowl LV.

You can celebrate your pass now!

Hopkins received the pass from Streveler but time is up, and the Rams will be in the NFL 2020 playoffs.

End of the game.

Edmonds was captured in third time by Reeder, and the Rams will have another chance.
8:01 PM9 months ago

Murray will have a new offensive series for Arizona, with 7:49 on the scoreboard, can he make a touchdown?
7:55 PM9 months ago

In the fourth opportunity Nugent got the kick, but it was blocked by Robinson and the ball will be again for the Rams after a good advance by Murray.
7:47 PM9 months ago

Murray sent a 26-yard pass to pass the midfield with a good offensive series .
7:41 PM9 months ago

In fourth time again Matt Gay completes the kick to have 11 points of advantage over the rivals.
7:35 PM9 months ago

In the fourth opportunity the Rams played it and Wolford found a short pass to Higbee to continue with the offensive series in 1st and 10.
7:29 PM9 months ago

With a long pass from Wolford, Akers received and got 38 yards past midfield.
7:26 PM9 months ago

In the fourth opportunity the Cardinals stayed at 7 yards after two penalties that put them at 35 from the mark.

The ball will go to Rams in the new offensive series.

In fourth time the kick of Matt Gay is complete and the Rams add three more points.
7:11 PM9 months ago

Good pass by Wolford of 26 yards that found; to a lonely Higbee, and the Rams approach dangerously.
7:07 PM9 months ago

The second half began with a new offensive series for the Rams.
7:03 PM9 months ago

With this great move, the Los Angeles Rams turned the score around with Hill's speed.

Bad pass by Streveler that intercepted Hill and ran for 84 yards dodging rivals to achieve the TD.

Impressive run!
And the kick was also complete.

This is the play in which Ebukam was held in the end zone.

Safety!
Ebukam captured Streveler in his own end zone and there will be a couple more points for Los Angeles, plus a new offensive series.
6:25 PM9 months ago

Simmons dropped the ball when the Rams were a couple of yards away from scoring and now a new offensive series is coming for Arizona.
6:20 PM9 months ago

The team from home are already in the danger zone and with a new good offensive series.
6:08 PM9 months ago

In the fourth opportunity the field goal was scored by Gay with a 28-yard kick.
6:06 PM9 months ago

With two penalties the Rams are 11 yards from the score when they were only one yard away.

Great reception from Woods on a 27-yard pass, which he captures to give his team the 1st and goal.
5:55 PM9 months ago

Wolford has run twice to get the 1st and 10th, in this last one he got it already passing the midfield.
5:51 PM9 months ago

This was the first TD

Ward ran off after receiving the short pass and forcefully entered the end zone.
Good play by Arizona!

Hopkins received a pass on the third opportunity but could not make it to 1st and 10.
Opportunity will come for the Rams.
5:46 PM9 months ago

Big mistake of the Rams

This was the interception that led to the first touchdown of the game.

Bad News for the Cardinals

Kyler Murray was injured and now will have to be replaced by his partner Streveler.
5:39 PM9 months ago

Streveler dropped a pass for the good location of Ward and they got the first TD of the game.

Nugent got the extra point.

Wolford sent a pass that was intercepted by Hicks and now Arizona has an excellent opportunity in the red zone.
5:30 PM9 months ago

The Cardinals vs Rams match begins.
And the first offensive series will be for the visitors
5:27 PM9 months ago

In a tournament that plagued more than one team with absences, the Cardinals will not be able to count on these players for the last week.

These are the players that the locals will not be able to count for the season-ending game in week 17 to NFL.

Cam Akers is active for #AZvsLA

Although everything seems against, the visiting team is already doing its previous warm-up to seek help with luck go to the playoffs this season.

Welcome to live transmission on Vavel.

In a few moments we will bring you all news and every detail about of the Cardinals vs Rams match.

Don't move away from here

Remember that on VAVEL you will have the best transmission, with all the details, news and the minute by minute of the game Cardinals vs Rams.
12:12 PM9 months ago

Last match between Cardinals and Rams

This pair of teams have been playing each other for only one month, on December 6, 2020 in week 13.

When the Rams won by 10 points in a game that ended with a score of 28-38.
Will the dose be repeated?

How and where to watch Cardinals vs Rams

If you want to watch it on TV, you can do so through the NBC broadcast.

Having Kyler Murray, win or lose the Cardinals team there are always touchdown options, so he has become their MVP of the season.
Here what they have to deal with is the defensive zone so they don't get passed too easily. 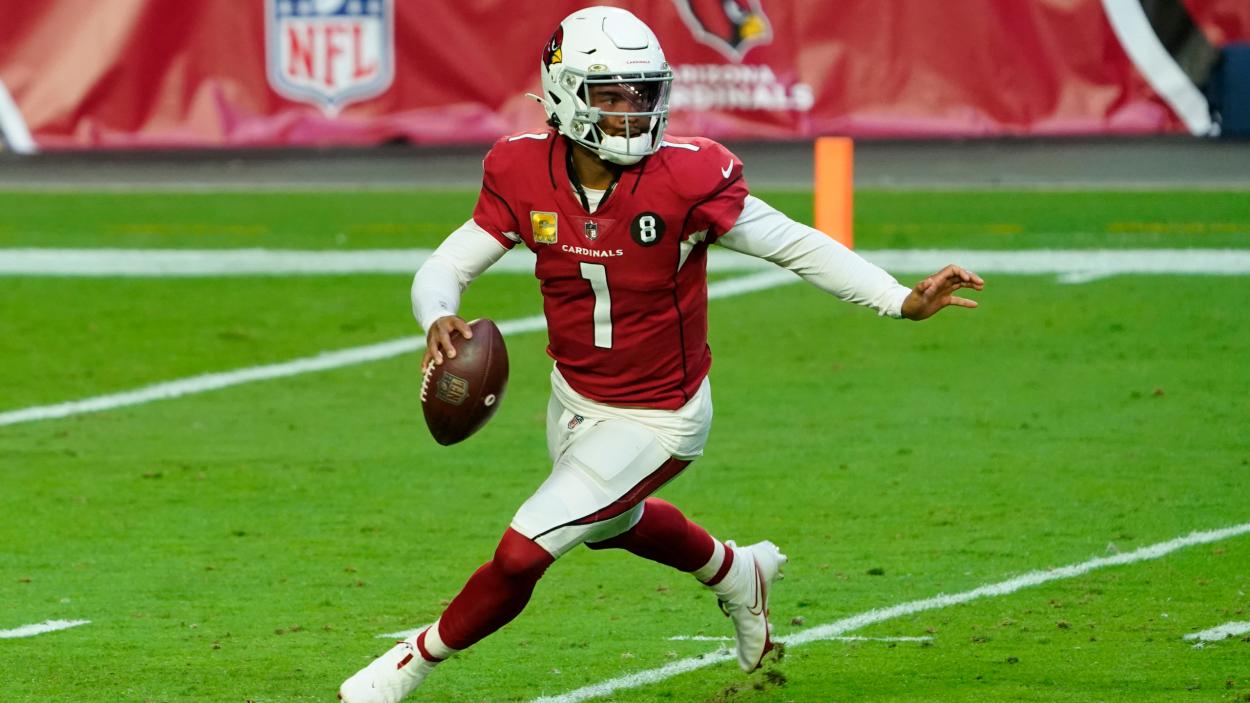 Without a doubt QB Jared Goof has given up everything for his team in the last few games, although he didn't show up in the best shape in the previous game.

However, he has had several touchdown passes and even carried to score, so he will be crucial in this Sunday's game.

The first move for the Cardinals is to beat the opposing team, as the Rams are better positioned than they are in NFC West.

After seeking victory they would have to wait to see if the Chicago Bears win and only then would they be able to see activity in the playoffs.

In the previous game they were defeated by the 49ers by a score of 20-12 that left them with a pretty compromised outlook.

On the way to the playoffs, the Rams have the possibility of qualifying, even losing the game they could wait for Chicago to lose its game, but this would not be the ideal situation.

In their previous game they had a disastrous defense and fell to the Seahawks by a score of 20 to 9.

Will they make it through?

The Cardinals vs Rams match will be played at the SoFi stadium, in California, Estados Unidos.
The kick-off is scheduled at 4:25 pm ET.
11:37 AM9 months ago

Welcome to VAVEL.com’s LIVE coverage of the NFL 2021 match: Cardinals vs Rams! My name is Salvador Espino and I’ll be your host for this game.