We hope you enjoyed this wild card game at VAVEL.
Stay tuned for more sports scores and more NFL games.
4:54 PM8 months ago

Ravens advances to divisional round

Baltimore came from behind on the scoreboard and eliminated Titans being the first time Lammar Jacskon manages to advance in playoffs.

Edwards got the 1st and 10th and the crows take the victory in the wild card round.

This concludes the match!

Peters intercepted Tanehill's pass when he sent a pass looking for Raymond and Baltimore is a first and 10 away from victory in the game.
4:39 PM8 months ago

In the fourth opportunity the Titans played and Tanehill got the first and 10 with a haul.
4:33 PM8 months ago

Jackson gave a good pass to Dobbins but on the play there was a foul on a Titans player and they received a 10 yard penalty.

After the penalty, Tucker scored the field goal.

Lammar passed the ball nicely to Andrews and got 1st and 10 passing the midfield again.
4:19 PM8 months ago

Brown managed to turn around and gain yards after a good pass from Tannehill and the Titans pass the half-court without a problem.
4:17 PM8 months ago

The Ravens player entered with everything up to the end zone, so that his team would keep the advantage so far.

Lammar Jackson sent a very long pass that was incomplete.

Beginning the quarter, Gostkowski got the conversion of three points.
4:06 PM8 months ago

The third quarter ended with a pass from Tannehill to Henry but on this play they lost a couple of yards and are 7 yards from the goal.
4:03 PM8 months ago

With a cheat, Tannehill was able to drop the full pass for Brown and with a faul, there will be 1st and 10 for Titans at the Baltimore 25-yard line.
4:00 PM8 months ago

Jackson was stopped by Landry III and quickly Tannehill will come for an offensive series.
3:58 PM8 months ago

Tannehill sent a pass to Davis that was incomplete and would be an opportunity for Ravens.
3:49 PM8 months ago

Dobbins carried the ball 4 yards and pushed it into the end zone.

The extra point of Tucker is complete.

With this score, the Ravens player led his team to tie the score.

In the third opportunity they stopped McNichols and the Ravens will have offensive series with almost 2 minutes in the score before the medium half.
3:08 PM8 months ago

Great play by Lammar Jackson who escaped through the center of the field to the right side taking out players and with an impressive flight he managed to get the ball into the end zone without leaving the field.

The kick was complete and the match was tied!

With this play the Titans are wining

Good pass, but it is worth mentioning Brown's great effort at the reception.

Third time Wolfe captured Tannehill and there will be offensive series for Baltimore.
2:50 PM8 months ago

In the third opportunity Jackson was captured and Tucker had to make the 33-yard field goal.
2:42 PM8 months ago

Lammar Jackson's 17-yard pass to Andrews and the Ravens pass from midfield for the first time in the game.
2:35 PM8 months ago

Gostkowski made the field goal by kicking from 45 yards.
2:33 PM8 months ago

Tannehill sent a short pass and Firkser ran away carrying the ball for 35 yards.
2:30 PM8 months ago

Jackson sent a long pass looking for Boykin but was intercepted by Butler at 28 of Tennessee.
2:26 PM8 months ago

A. J. Brown found a good pass from Tannehill in the end zone and made the first pass to Titans.

Tannehill put up a great pass to Brown for 28 yards and Tennessee will have 1st and 10 on Ravens field.
2:16 PM8 months ago

Tannehill missed the pass for Brown in the third opportunity and quickly there will be an offensive series for Ravens.
2:11 PM8 months ago

Rian Tannehill will have the first offensive series of the game for the Titans.
2:06 PM8 months ago

The local team is ready

Tennessee has its best elements for this afternoon's match, the players are already on the court. 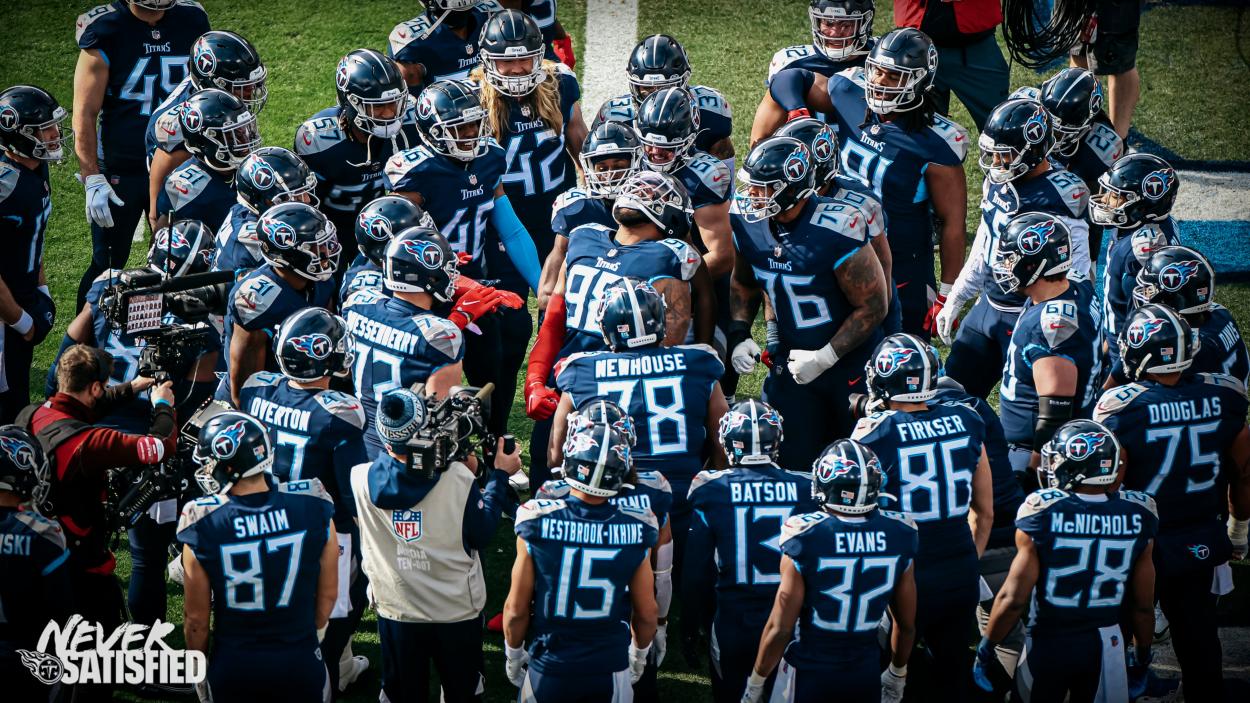 Cristi Bartlett, is among the first women coaches to lead a game in the NFL playoffs.

She will do so in the Ravens vs Titans directing for the Tennessee team. 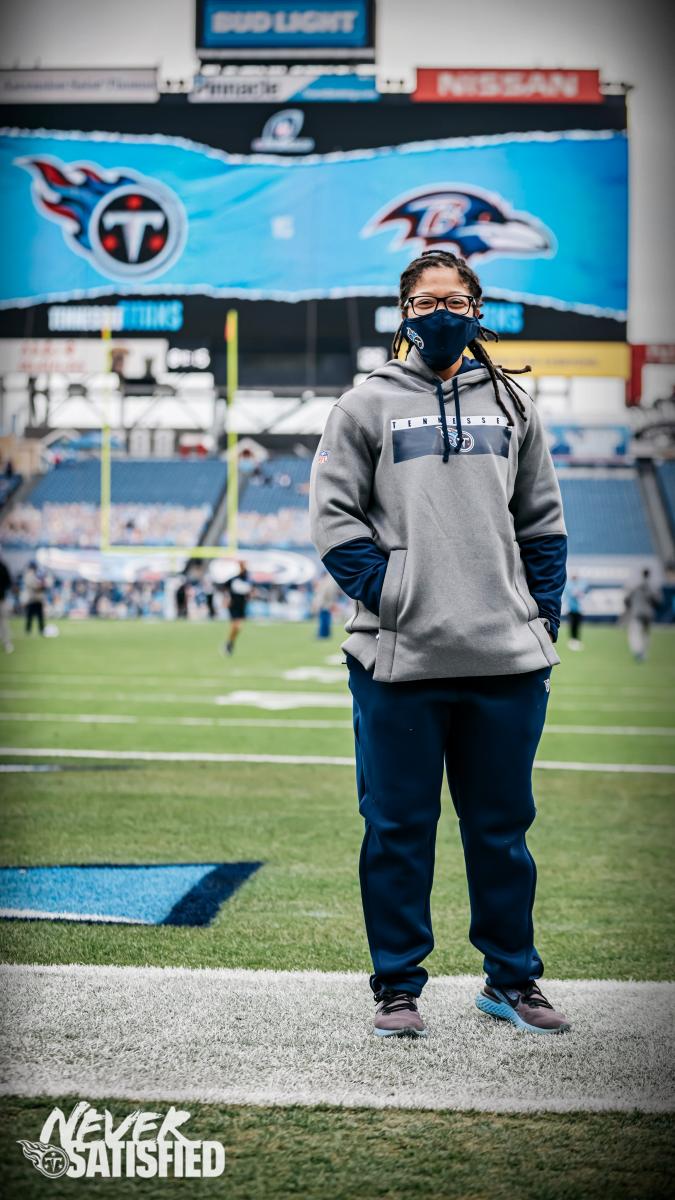 In a season plagued with injuries and casualties by Covid-19, these are the players who will not be able to defend the wild card game. 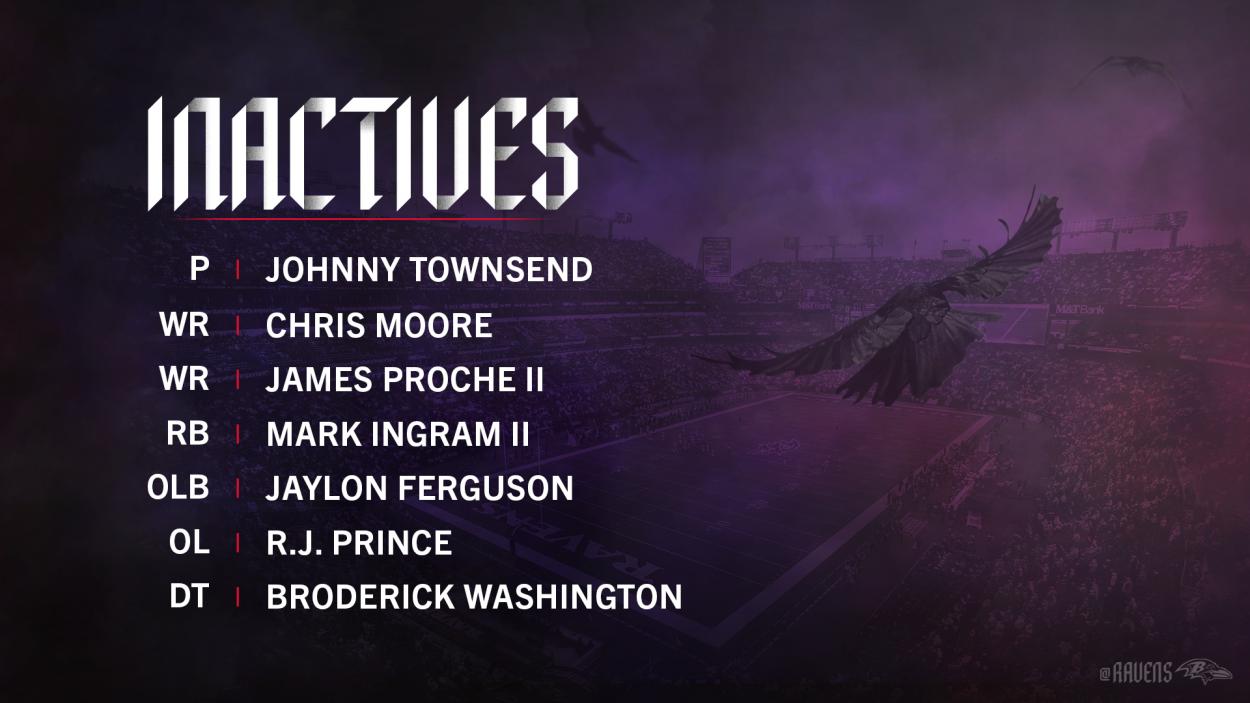 These players will not be able to go out for today's game by the Titans. 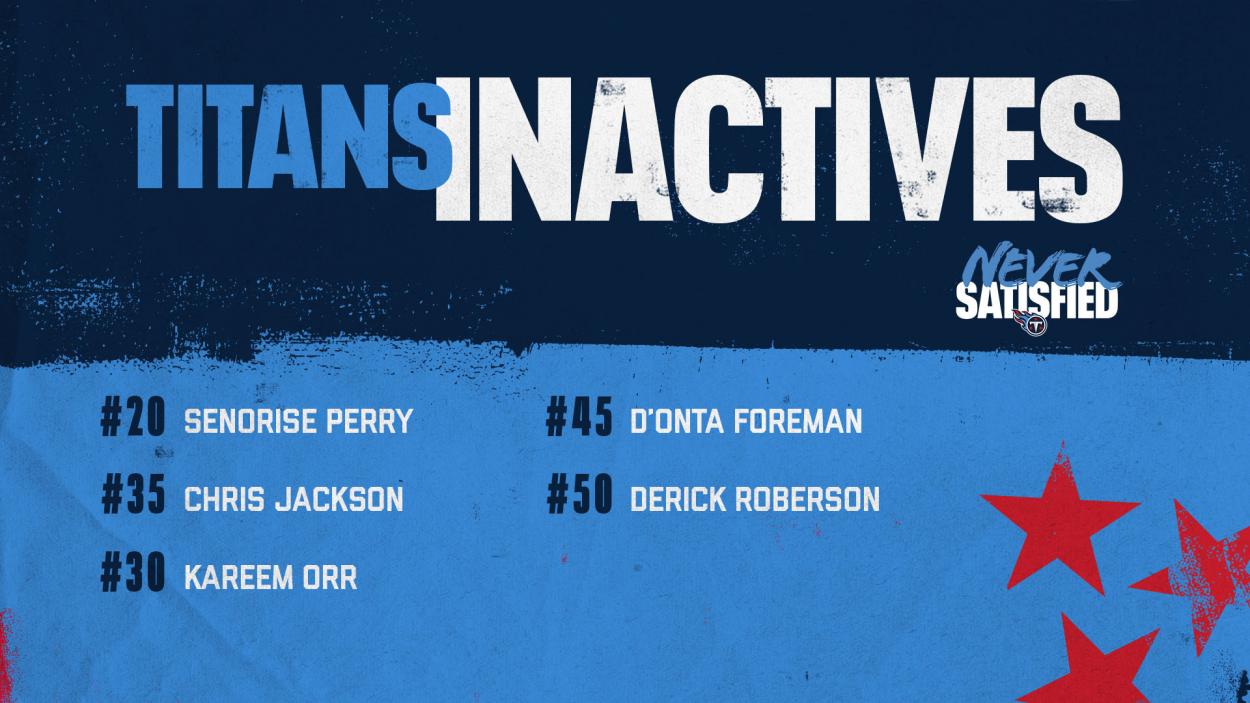 Jimmy Smith will be active

In view of the expectation, Ravens could count on his cornerback for today's game, which would decide the future of the team in the season.

Welcome to the live broadcast of the Baltimore vs Tennessee match, in a moment we will give you the latest news and the lists of players not eligible for today's match.
1:36 PM8 months ago

Do not miss a detail of the match with the live updates and commentaries of VAVEL. Follow along with us all the details, commentaries, analysis and lineups for this Ravens vs Titans Playoffs game.
1:31 PM8 months ago

How and where to watch LIVE: Ravens vs Titans

You will be able to watch the game on TV through the ESPN or ABC signal.

Titans is the second best team in the land attack with a total of 2690 yds for this way, of which, 2027 were made by the running back Derrick Henry; leader in the NFL in this area. 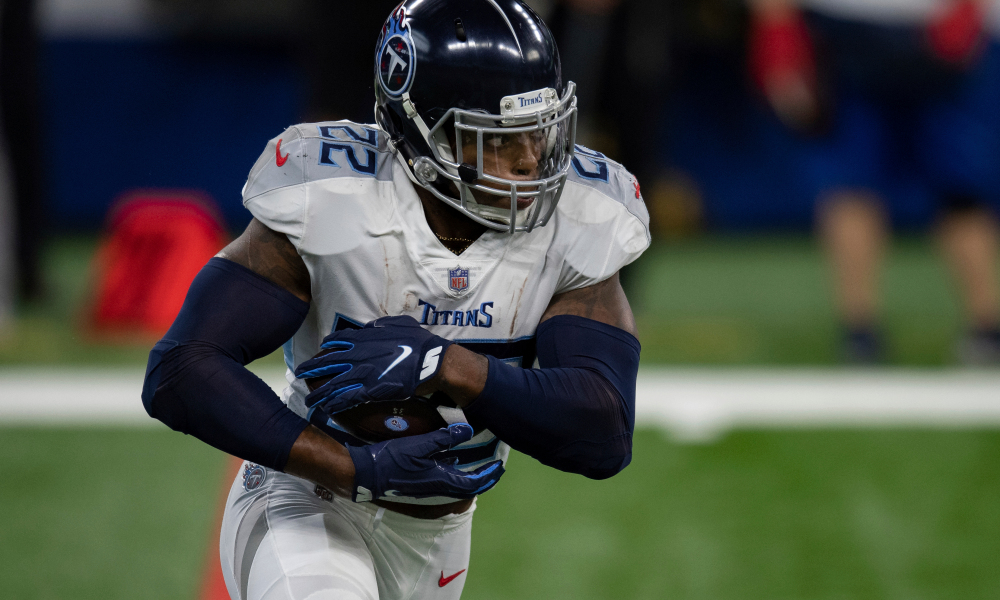 Lamar Jackson led his team to the best ground attack.
The Ravens generated a total of 3,071 yards, where the quarterback added 1,005. 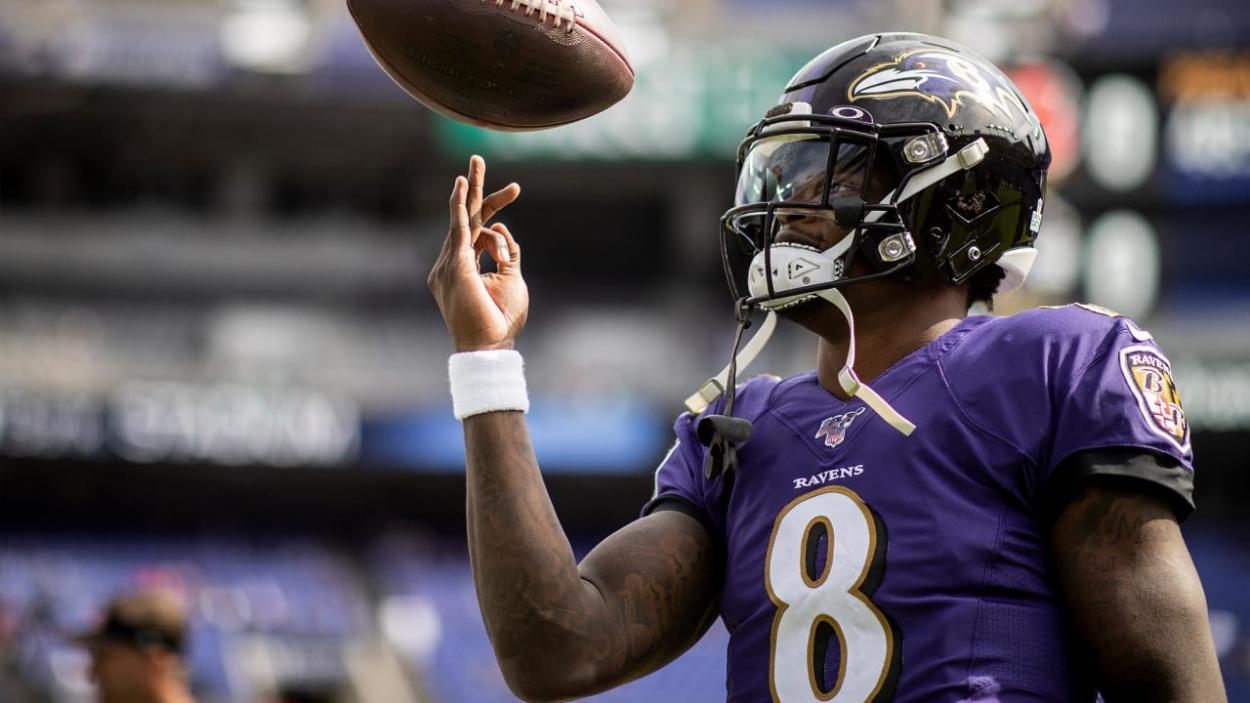 In the AFC South, with the same number of wins as Ravens (11), the Tennessee team managed to secure a place in the division.
1:11 PM8 months ago

How do the Ravens get here?

The Baltimore team had a good season in the AFC North with 11 wins for 5 losses, having a better percentage when playing as an away team. 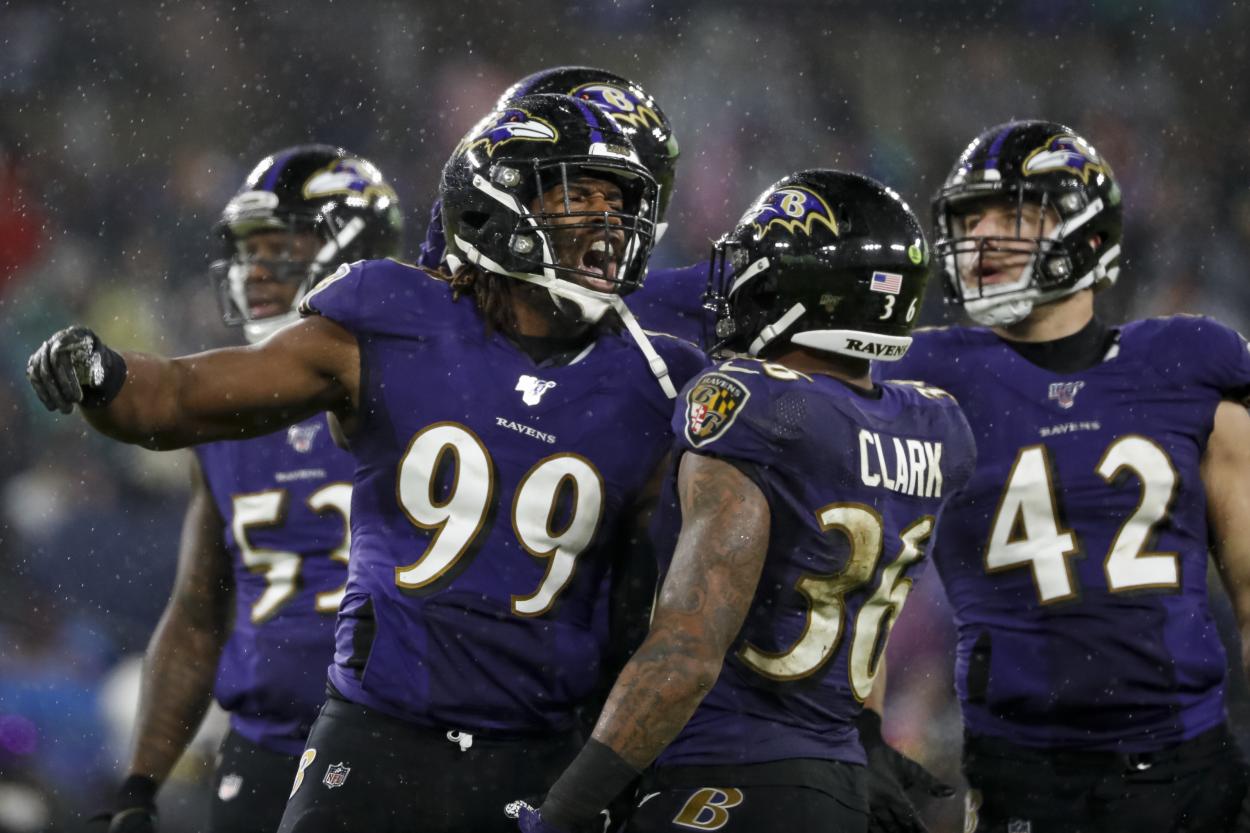 Will it be a rematch?

In 2019, the Baltimore Ravens were eliminated in the playoffs by the Titans, who left out the then-MVP, Lamar Jackson. 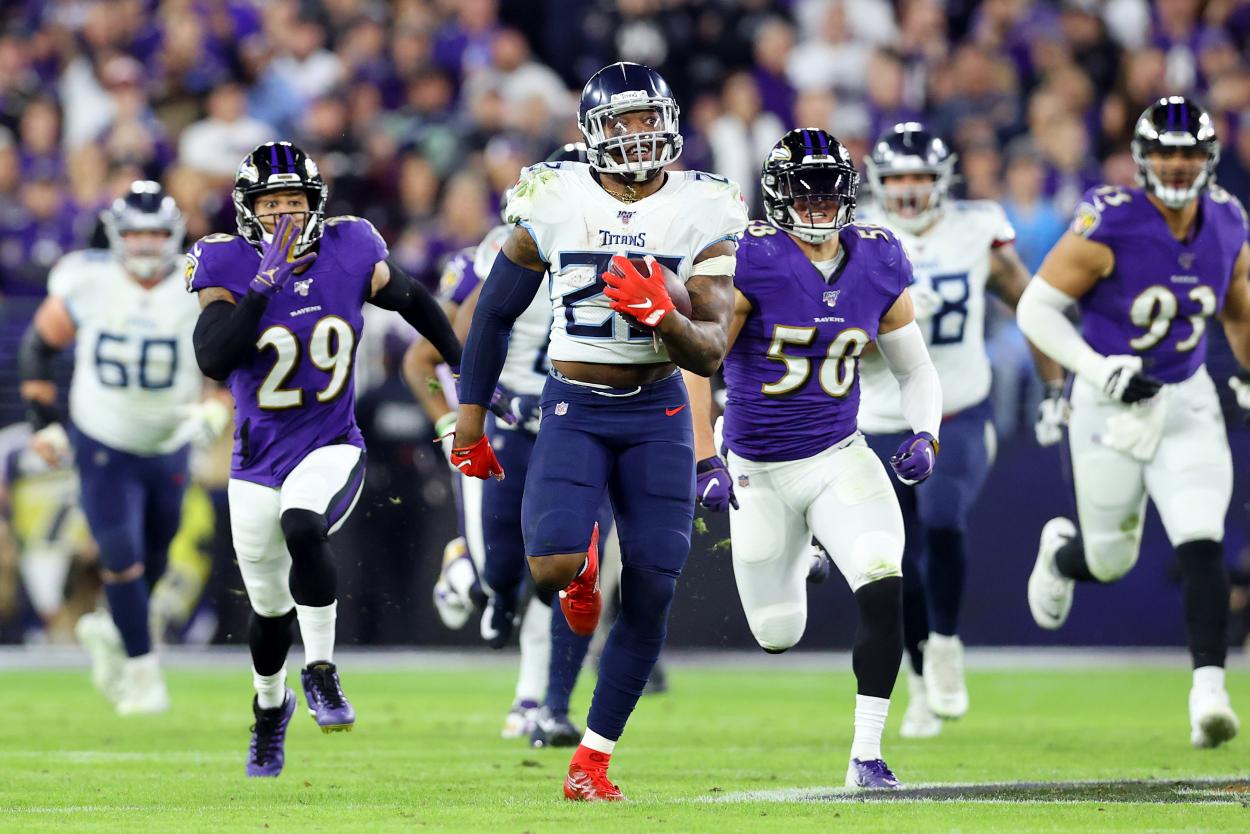 The Baltimore vs Tennessee match will be played at the Nissan stadium, in Nashville, USA.

Welcome to VAVEL.com’s LIVE coverage of the NFL 2021 match: Ravens vs Titans! My name is Salvador Espino and I’ll be your host for this game.