Thank you for following the broadcast of the Lions-Steelers game for week 2 of the NFL preseason. See you next time.
10:28 PMa month ago

The Steelers remain undefeated and now beat the Lions 26-20 with a convincing first half performance where the starters prevailed and managed the shutout, although they came close to losing the lead at the end,
10:23 PMa month ago

Edmunds gains 19 yards and brings the Steelers closer to victory.
10:13 PMa month ago

Reynolds with the carry up the middle and the Lions are now only six points behind.

Detroit takes the short kickoff, which it recovers, and kicks off from its 40-yard line.
9:58 PMa month ago

Blough finds McKinley for Detroit's second touchdown of the game.

Kennedy finds a long breakaway 25 yards out.
9:48 PMa month ago

Haskins is caught on third down and the Steelers will have to settle for a field goal.
9:38 PMa month ago

Melifonwu takes the sideline and scampers more than 20 yards to set up at the Detroit 16-yard line.
9:33 PMa month ago

Haskins takes advantage of the space and carries the ball to his own 40-yard line.
9:28 PMa month ago

Igwebuike scampers six yards and takes away the shutout at Heinz Field, though they miss the conversion.

Wright with the reception over the middle and moves the chains beyond the Pittsburgh 20-yard line.
9:13 PMa month ago

Kennedy falls short of the mark and Detroit in fourth plays it to move the chains.
9:08 PMa month ago

Great breakaway by Blough who manages to get away and get the first and ten in rival Steelers' territory.
9:03 PMa month ago

Igwebuike with the seven-yard reception to move the chains to Detroit's 42-yard line.
8:58 PMa month ago

Ebron with the reception and reaches the mark to move the chains in the red zone.
8:48 PMa month ago

Mills with the short reception and the Lions to clear.
8:43 PMa month ago

Second half begins. Lions on the offensive.
8:38 PMa month ago

From 23 yards Boswell extends the lead in the game.

Rudolph is pressured and the pass is incomplete.
8:23 PMa month ago

McFarland with the cutback and is now installed in the red zone.
8:18 PMa month ago

Steelers punt on fourth down and Smith-Schuster gets 16 yards.
8:13 PMa month ago

Floated pass from Rudolph to Ebron to close to midfield in a series that didn't look good at all.
8:03 PMa month ago

Rudolph with the incomplete pass inside his end zone, but Detroit gives away first and ten.
7:58 PMa month ago

Very short pass from Boyle on third and long, so Detroit will have to clear.
7:53 PMa month ago

Boyle finds Fells and the Lions are able to move the chains out of the commitment zone.
7:48 PMa month ago

Chris Boswell connects on the 35-yard kickoff to extend the lead.

Smith Schuster cannot keep the ball in the end zone on third down.
7:38 PMa month ago

Rudolph finds Ebron on the wing for first and ten and set up in Detroit territory.
7:33 PMa month ago

McFarland with the lateral pass reception and takes advantage of the blocking to gain 12 yards.
7:23 PMa month ago

Make that TWO for Freiermuth! @pat_fry5

Jefferson with the short carry on third down and they will have to clear.
7:13 PMa month ago

A repeat of the Roethlisberger and Freiermuth eight-yard connection to extend the lead at Heinz Field.

Steelers time out.
7:03 PMa month ago

Great play by Harris who escapes beyond the 10-yard line in the opponent's territory.
6:58 PMa month ago

They bat down the pass at the line to Goff and Detroit will have to punt after three plays.
6:48 PMa month ago

Roethlisberger with several feints until he finds Freiermuth in the promise zone.

Smith-Schuster with the wide receiver and the Steelers are in the red zone.
6:38 PMa month ago

Goff can't find Brown and the Lions will have to clear near midfield.
6:28 PMa month ago

Jefferson with the carry to gain 11 yards and move the chains.
6:23 PMa month ago

Goff with the completed pass to move the chains for the Lions.
6:18 PMa month ago

Big Ben shakes off the pressure and throws the pass that Ebron drops. Steelers three and out.
6:13 PMa month ago

The game begins. Steelers on offense.
6:08 PMa month ago

The excitement is at its peak for the clash between the Steelers and Lions in Week 3 of the NFL preseason. 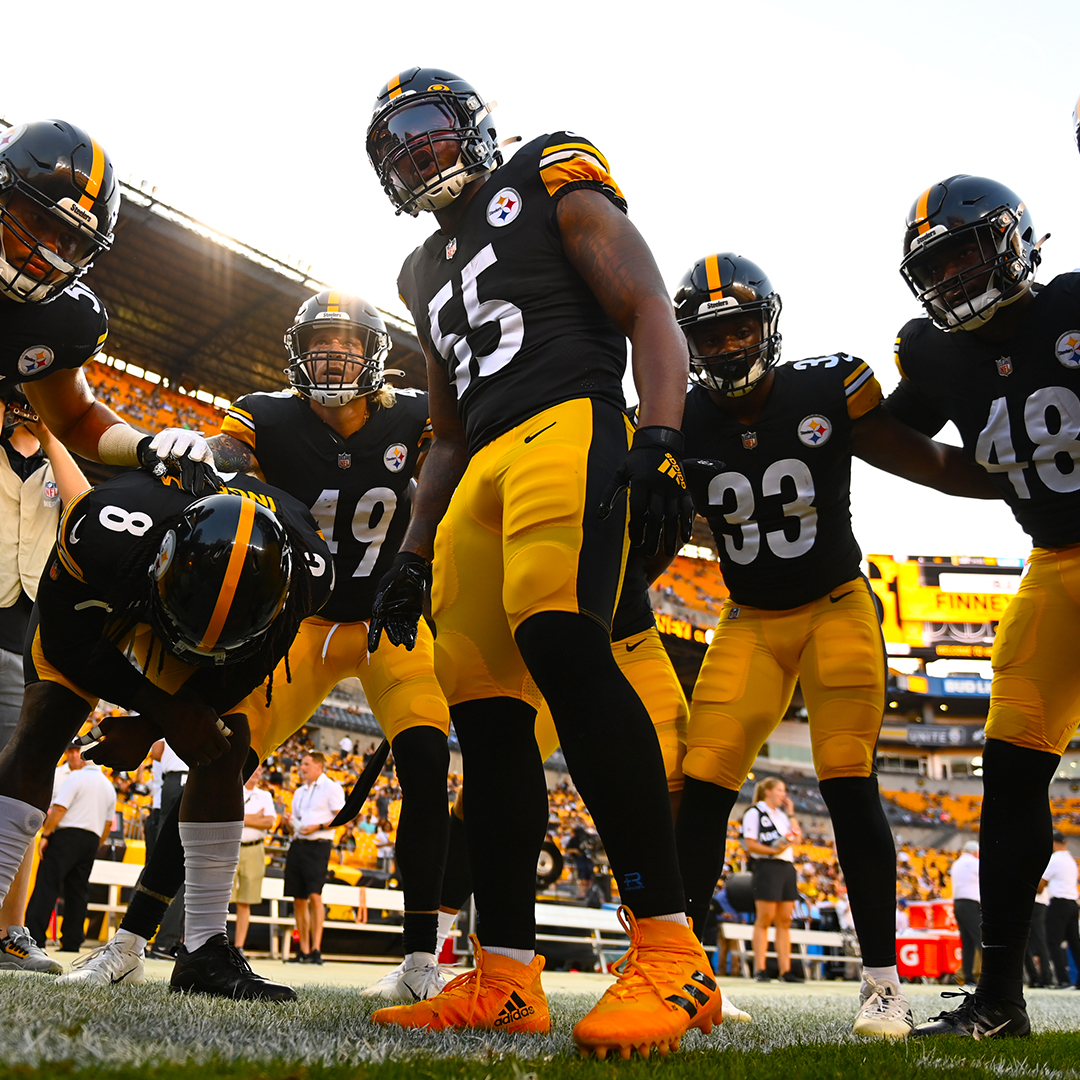 We are minutes away from the start of the game between the Detroit Lions and the Pittsburgh Steelers. Don't miss the most relevant plays.
5:58 PMa month ago

Jared Goff will be active again this Saturday to get into a rhythm and adapt to the system after his time with the Los Angeles Rams.
5:53 PMa month ago

No mask, no entry

The Steelers noted this week that they need everyone to wear their mask, regardless of whether they are already vaccinated or not. 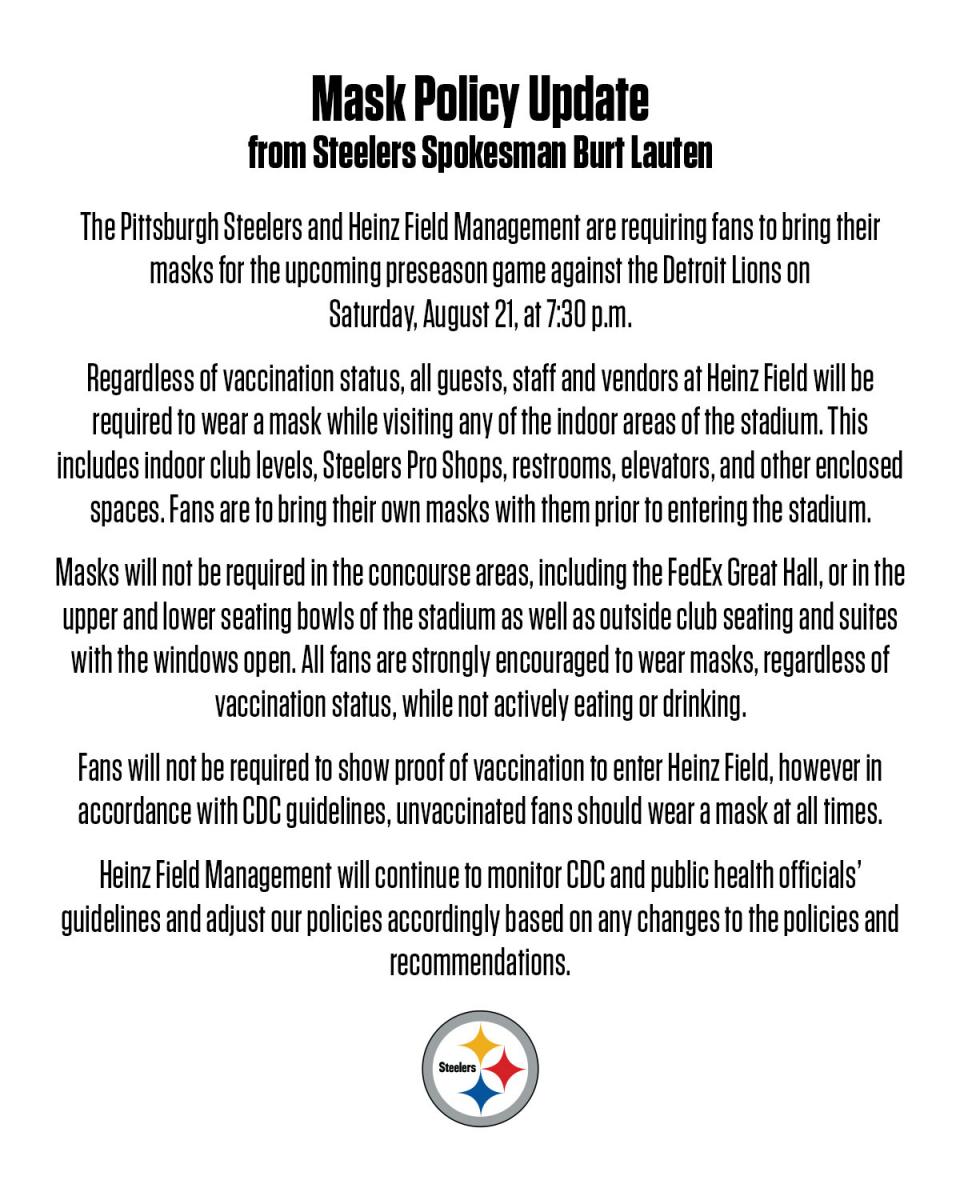 Najee Harris, the Steelers' first-round draft pick, is already on the field looking to continue to have another strong showing on the ground attack.

Chase Claypool gave the Steelers a mid-week scare with his injury, but fortunately for him, it was of no consequence after he was pulled with help from Big Ben and Eric Ebron.

Will be in the field

Ben Roethlisberger will be active this afternoon and said he is looking forward to getting back on the field and proving he can be at a good level for the 2021 NFL season.
5:33 PMa month ago

Steelers coach Mike Tomlin gave his thoughts on what he expects in this game at the quarterback position.

Coach Tomlin talks about who will play tonight, what he wants to see from @_BigBen7, the QB rotation, @TheSchoGoesOn53 and more. pic.twitter.com/I05yp6gzAY

Detroit arrived yesterday in Pittsburgh to face its first preseason away game, where they are looking for a victory. 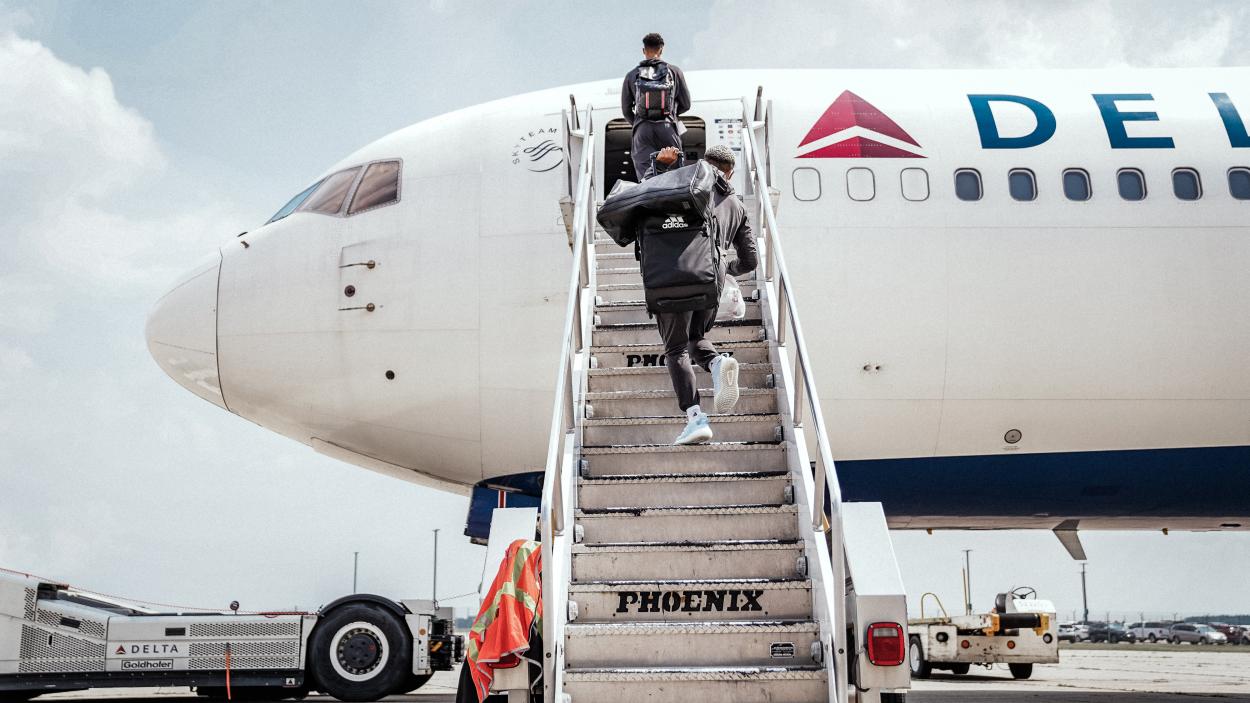 The Steelers are motivated by their two preseason wins, the first of which was the Hall of Fame game against the Dallas Cowboys.
5:18 PMa month ago

The Steelers will have their only preseason home game against a Lions team looking to pull off an upset at Heinz Field. We start with the coverage.
5:13 PMa month ago

Do not miss a detail of the match with the live updates and commentaries of VAVEL. Follow along with us all the details, commentaries, analysis and lineups for this Detroit Lions vs Pittsburgh Steelers match.
5:08 PMa month ago

What time is Detroit Lions vs Pittsburgh Steelers match for NFL Preseason?

This is the start time of the game Detroit Lions vs Pittsburgh Steelers of 21st August in several countries:

Every four years these two franchises face each other as they are in different conferences, although the Steelers have the advantage in the most recent five clashes with a balance of four wins and one loss; however the last time they met in preseason was in 2018 in Pittsburgh with a win for the felines by a score of 30 to 17.
4:58 PMa month ago

Jared Goff could not shine at one hundred percent with the Rams and that is why he was traded to the Lions, reason why he will have a personal revenge to show that he still has a lot to give, emphasizing that in the game against the Bills he threw 7 of 9 deliveries for 56 yards. 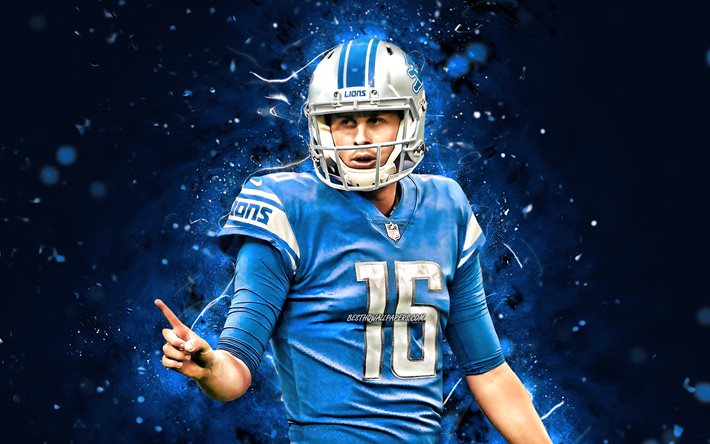 After his indiscipline in Washington, the Steelers gave him Dwayne Haskins a second chance and in these two games he has looked much better and more compact than Mason Rudolph, which is why he has already been promoted to second quarterback. 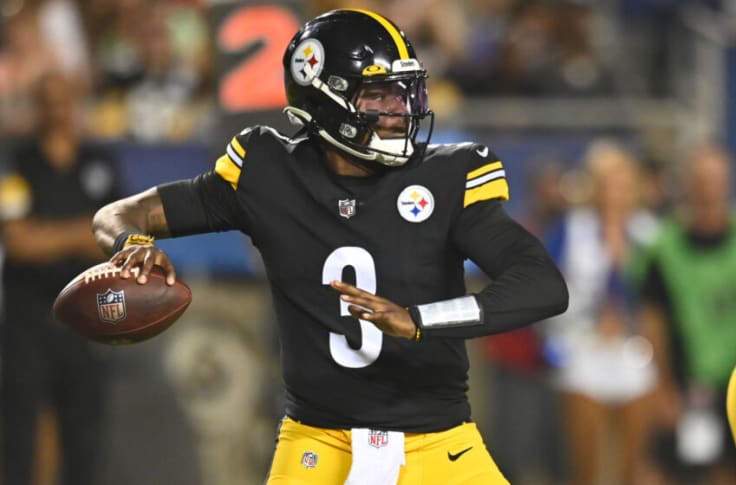 Without showing his weapons

In one of the paradoxes of the NFL, these teams will face each other in the regular season in this same stadium and it will be on November 14 in this same building, so the teams will most likely not show all their arsenal.
4:43 PMa month ago

Detroit Lions: to prove they are not inferior

The forecasts for the 2021 NFL season do not look good for the Detroit Lions, who many expect to finish last in the NFC North division; however, they want to show that they have the level to fight for a place in the postseason and what better way to do it than as visitors.
4:38 PMa month ago

After two games played in this preseason, the first one being the Hall of Fame game with a victory against the Dallas Cowboys and the second one in the Pennsylvania Classic against the Philadelphia Eagles, where they came from behind in the second half.
4:33 PMa month ago

The Detroit Lions vs Pittsburgh Steelers match will be played at the Heinz Field Stadium, in Pennsylvania, United States. The kick-off is scheduled at 7:30 pm ET.
4:28 PMa month ago