We hope you enjoyed this show that kicks off NFL Monday Night Football 2021.
Stay tuned for more from the world of sports.
11:58 PM8 days ago

Jones alone in the end zone on a great pass from Carr to end the game with a win for the Raiders!
11:48 PM8 days ago

Intercepted pass looking for Snead but after a rebound it was left to Averett.
11:45 PM8 days ago

Great play by Raiders where the passer gets 32 yards on a pass from Carr that found Edwards who is one yard short of a TD.
11:39 PM8 days ago

The offensive series will go to Raiders.
11:32 PM8 days ago

Carlson scores the equalizer with two seconds remaining with a 55-yard kick.
11:27 PM8 days ago

Tucker gets the 47-yard field goal near the end of the game - it could mean victory for Ravens!
11:20 PM8 days ago

Both teams continue to struggle

It's all tied up again near the end with this great play:

Waller catches the pass from Carr and with an incredible halfback he gets another touchdown for Raiders.

The extra point is good.

Murray came in from midfield for an 8-yard TD. While Tucker's kick was good for the extra point.
11:03 PM8 days ago

Jackson sends an incredible 49-yard pass for Watkins to catch near the end zone.

The Ravens want the win!

Jacobs got up the middle for 15 total yards and the game was tied.

Jacobs lost advanced one yard on third down but missed the first down.
10:33 PM8 days ago

Jacobs looked down the middle of the field for Board but they couldn't get past the missing yard on fourth down.
10:28 PM8 days ago

Tucker gets a 40-yard field goal to increase the Ravens lead to one TD.
10:14 PM8 days ago

The onside kick was very good from zero to the Baltimore 32 but on the return Duvernay ran to the Vegas 38 for a 30 yard gain.
10:08 PM8 days ago

Pushing for a discount

Jacobs got all the way into the end zone with this great effort:

Jackson's pass is incomplete and will come clear for the Raiders' offensive series.
9:48 PM8 days ago

Carlson gets the 34-yard kick to bring his team even closer.
9:40 PM8 days ago

The Las Vegas team gets the offensive series with a big tackle.
9:30 PM8 days ago

Williams escaped at speed to go 16 yards upfield and over the midfield.

This is how the QB found his teammate in the end zone.

After a penalty for Baltimor Raiders had first and goal from the 3 yard line and scored the touchdown.

With a good kick they score their first 7 points of the night.

Nice reception by Waller that goes all the way to Baltimore's 20 yard line.
9:15 PM8 days ago

Once again Jackson scores the touchdown by extending the play to Brown, who catches the pass for his second TD of the night.
9:11 PM8 days ago

Watkins gets past two defensive players and escapes with pure speed to the 14-yard line.
9:04 PM8 days ago

Incomplete pass by Jackson and it will be Raiders ball on offense.
8:58 PM8 days ago

End of the first quarter and the ball will be for the Raiders' offensive series at the beginning of the next quarter.
8:52 PM8 days ago

Williams broke a pair of tackles with a big run and broke away to the end zone.
Tucker scored the kick for the extra point.
8:48 PM8 days ago

Ravens go dangerously forward with a pass to Watkins for a 21-yard gain.
8:39 PM8 days ago

After a Jackson catch, the ball again goes to the Raiders.
8:29 PM8 days ago

The play becomes complicated for the Raiders and they end up giving the ball away so that now it is Baltimore who comes with the offensive series from the 8 yard line.
8:20 PM8 days ago

Mariota carried the ball 31 yards to position himself at Baltimore's 35.
8:17 PM8 days ago

The game starts and the first offensive series will come for Raiders.
8:06 PM8 days ago

Despite a good season for QB Derek Carr who will be tonight's starter for Raiders, the team has not managed to be one of the favorites in the NFL.

Since 2016 they have not been able to qualify to the Playoffs so they will be looking for more than a good start a good closing of the season.

What will happen to Lamar Jackson?

Baltimore's starting Quarterback has the same amount of incomplete passes (8) as passing Touchdowns (8) in his last two Week 1 games.
7:51 PM8 days ago

These are the Raiders players who will not be able to play this afternoon at Ravens:

These are the players who will be unavailable for the Ravens this afternoon:

The visiting team takes the field

Like the locals, the Baltimore team is already on the field with high expectations for the new 2021 NFL season.

The first Monday Night Football will kick off tonight in Las Vegas, which for Raiders fans is a dream come true.

The team is already on site warming up for the game against the Ravens.

The first Monday Night of the season is coming and a game that is eagerly awaited between Raiders and Ravens.

Stay tuned to VAVEL to know before anyone else the starting quarterbacks and all the details of this first date.

All the details of Monday Night Football can be found on VAVEL, for this date 1 game in which the Ravens will face the Raiders.

How and where to watch Ravens vs Raiders

The match will be broadcasted on  ABC channel.

The Baltimore team has already traveled

Baltimore players are already in Las Vegas ready for tonight's game, looking to continue their good streak of games.

They arrive as favorites and will be looking to start with a victory on the road to the NFL 2021 playoffs.

Wheels up to Vegas ✈️ pic.twitter.com/p4dQY76AZj

Bowers is one of the most promising receivers for this season for the Las Vegas team, and in the preseason he has made his presence felt.

It remains to be seen the last game against the Niners, where despite the loss he collaborated receiving the pass in the only TD for the Raiders. 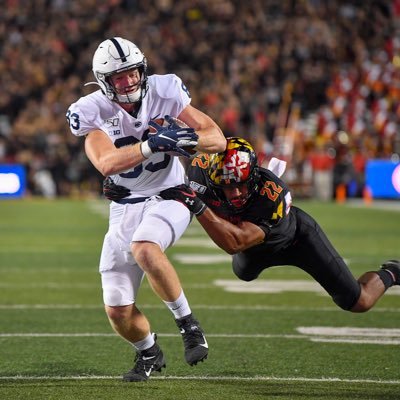 Tyler Huntley has already started the season with the spotlight on him, with four touchdowns scored in the previous game by passing.

But not only that, he scored a fifth touchdown on a carry, so it will be essential that they do not give him or the receivers any space. 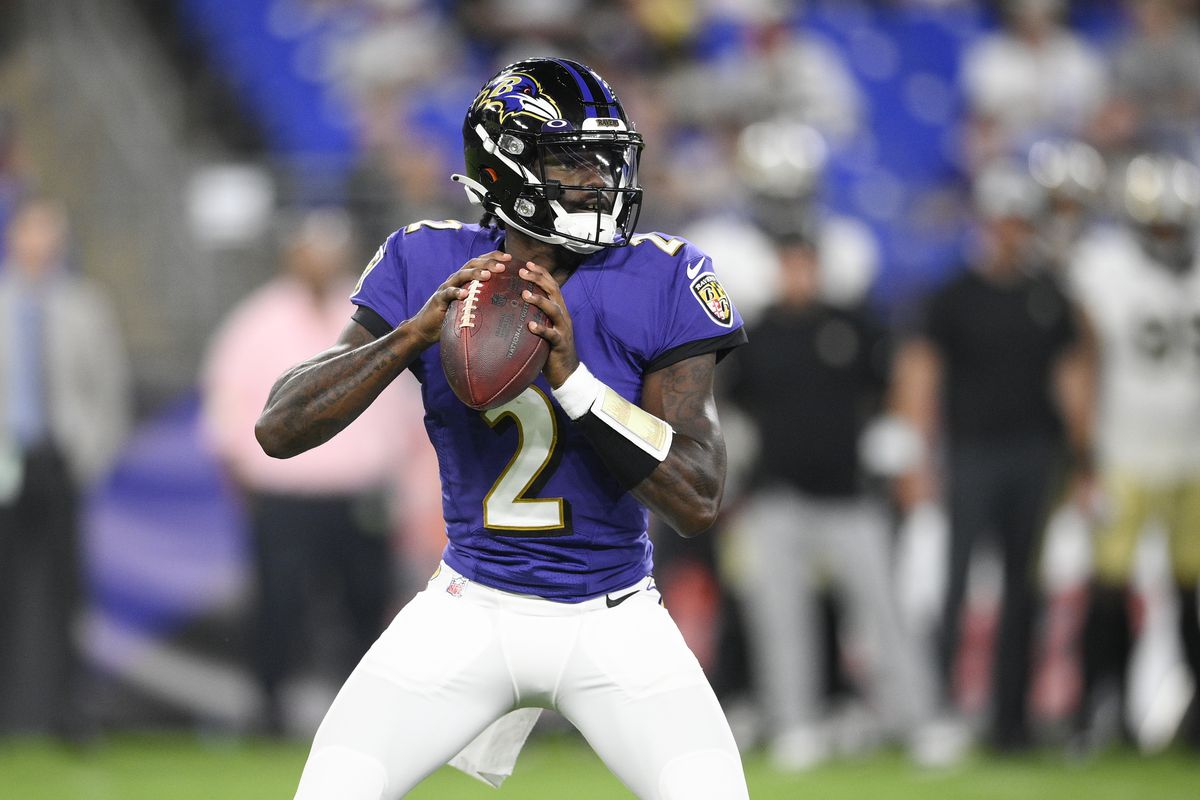 The Ravens' previous season was not bad at all, however they were left in the Divisional round of the playoffs, so they will be looking for a better season that can take them further.

The Ravens won their three preseason games and the last one was against Washington with a resounding score of 37-3.

Raiders want to start off on a good way

The Las Vegas team had two wins and one loss in the NFL preseason, but they want to start again with a victory.

Although the opponent they face will not be easy to defeat, they hope to have a good game to leave behind the last loss against the 49ers, a game that ended with a score of 34-10.

The match will be played at the Allegiant

The Ravens vs Raiders match will be played at the stadium Allegiant Stadium, on Nevada, USA with a capacity of 65,000 people.

It was inaugurated at the end of July 2020, making it one of the most technologically advanced stadiums in the United States.

Welcome to VAVEL.com’s coverage of the NFL 2021 match: Raiders vs Ravens Live Updates!

The new NFL season begins and with it the Mondey Night Football returns, and the game that will close the first day will be Ravens vs Raiders.

These are two teams that did not show much during the previous season, however, Ravens did manage to reach the Play Offs and advance to the division.