We hope you enjoyed tonight's broadcast.
Stay tuned to VAVEL for more sports content and NFL scores.
10:27 PM2 months ago

The game ends with a resounding victory for the Dallas Cowboys!
10:18 PM2 months ago

Hurts sends a nice pass to Ward, who breaks through for 15 yards to the end zone.
10:16 PM2 months ago

Hurts sent a short pass to Gainwell who carried the ball to the Dallas 43.
10:06 PM2 months ago

Short pass from Prescott to Pollard who runs about 20 yards, breaking free of the defensive unit, for the touchdown.

He tried to connect with Smith but the play was intercepted by Diggs who ran 59 yards for one more touchdown for Dallas.
9:13 PM2 months ago

He tried to connect with Smith but the play was intercepted by Diggs who ran 59 yards for one more touchdown for Dallas.
8:45 PM2 months ago

It's halftime of Monday Night Football.
The Cowboys win it by a fairly wide score.
8:37 PM2 months ago

Opportunity for Philadelphia from their own 33-yard line.

Elliot came in under center for three yards for the third touchdown of the game.
The extra point is no good and they are down 20 points.
8:02 PM2 months ago

Eagles' punt is recovered by Dallas from midfield and they will have a dangerous opportunity.
7:41 PM2 months ago

Pollard escapes with the ball to the Philadelphia 40.
7:35 PM2 months ago

Prescott fumbled the ball in the end zone, it was recovered by Cox and it ends with a touchdown!
Big mistake by the quarterback
7:23 PM2 months ago

Elliot carries over the middle and gets the one yard short yard for Dallas.
7:22 PM2 months ago

Spectacular pass from Prescott to Lamb, who gets 44 yards and 1st and goal for Cowboys.
7:16 PM2 months ago

Eagles kickoff and the first offensive series for Cowboys will follow.
7:07 PM2 months ago

The stadium and players are in optimal condition for today's game, corresponding to Week 3 of the NFL 2021. 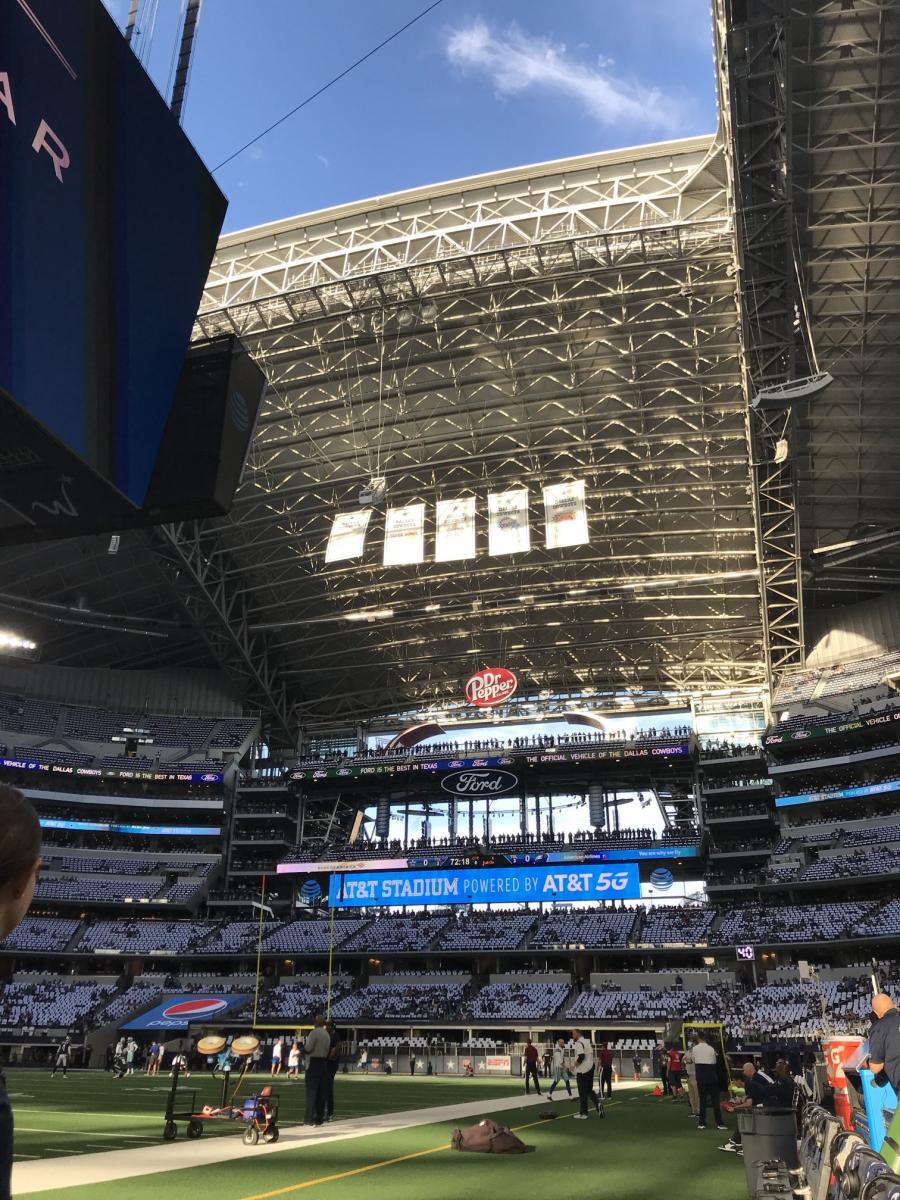 These will be Dallas inactives

The Cowboys will be without the following players for this Monday Night. 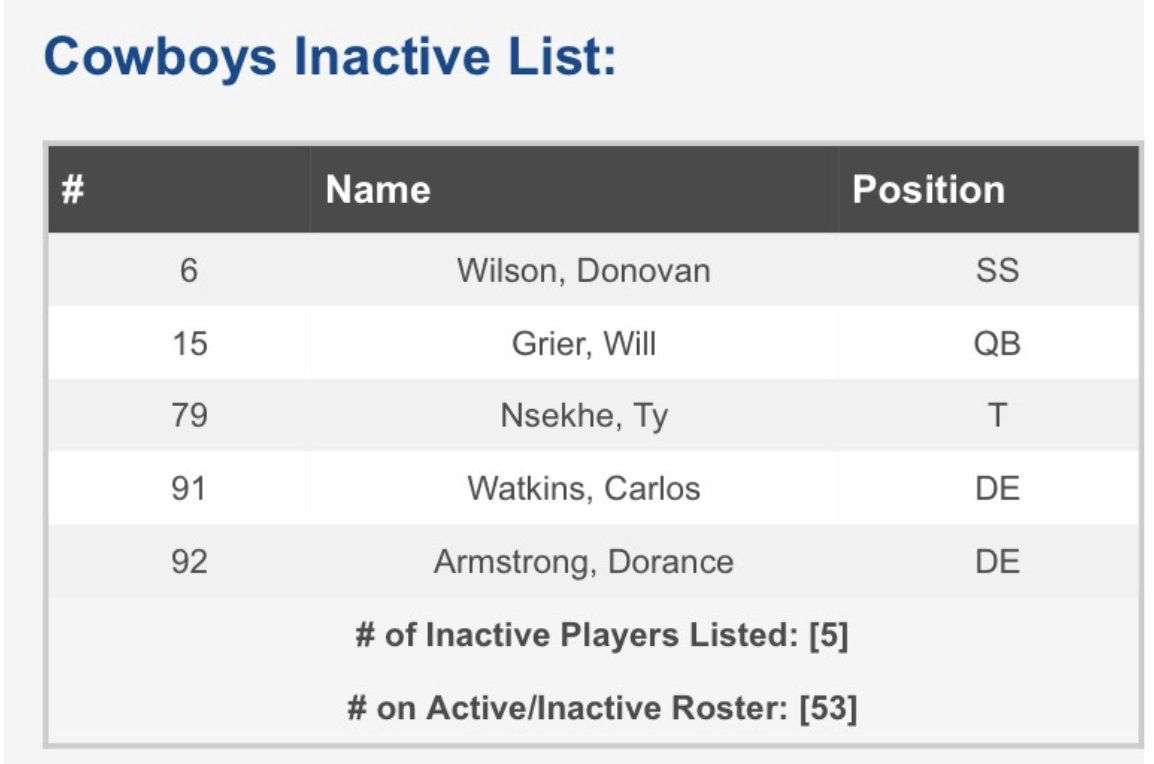 The Vaqueros are warming up

Dallas players are already warming up for tonight's game with high expectations for their second win.

These are the men who, due to injury or other circumstances, will be absent for tonight's game. 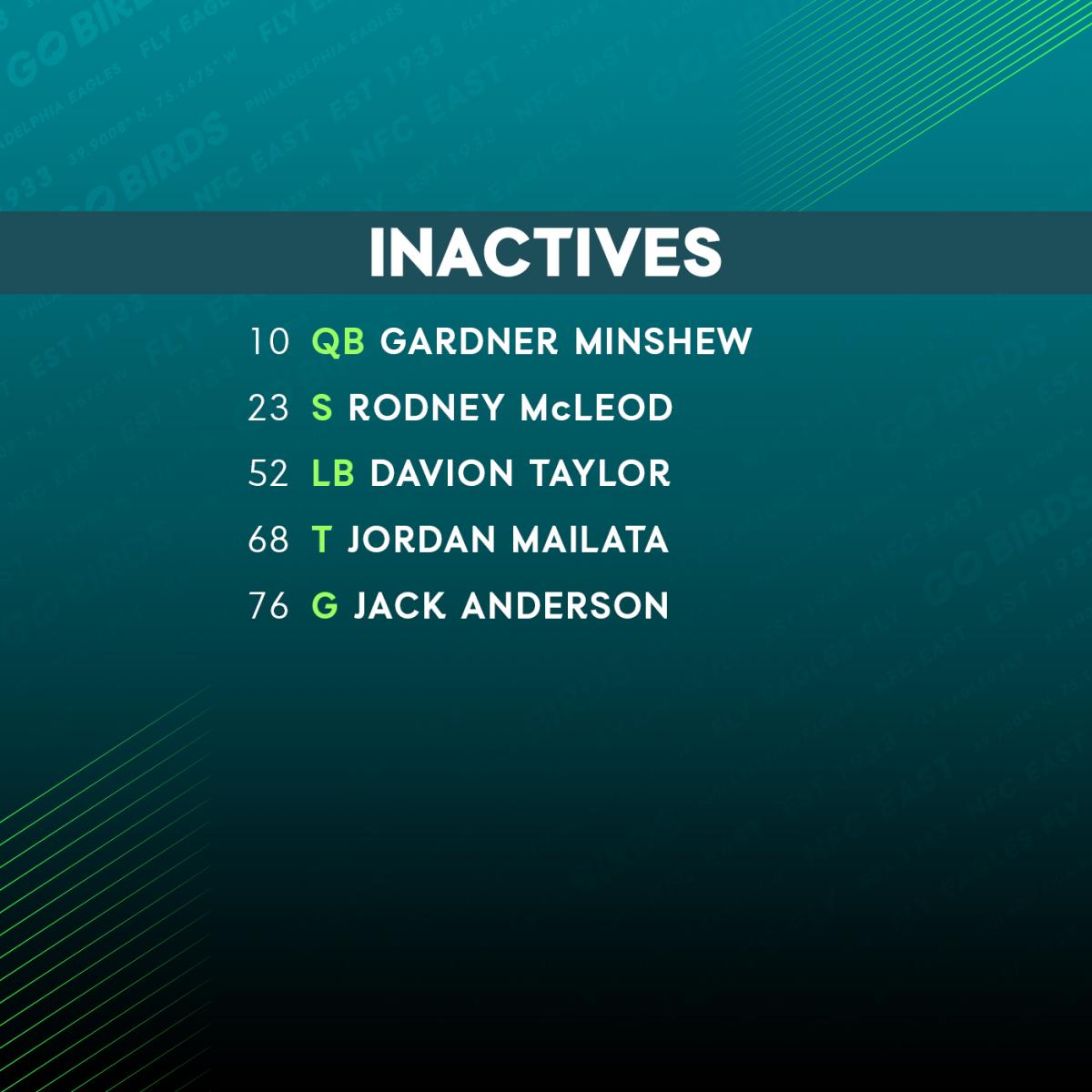 Ezekiel Elliott has averaged 97.0 yards per rushing game in prime time, the most by any player since the 1970 merger accounting for a minimum of 20 games.
6:41 PM2 months ago

Fact that could affect the match

Philadelphia is the 3rd team in the Super Bowl era with 0 giveaways and 0 takeaways in their first 2 games of a season. No team has done it in their first 3 games, so this could be a first.
6:36 PM2 months ago

ments we will present you with all the details and the starting Quarterbacks for this Monday Night Football game.

In a few moments we will present you with the starting quarterbacks, preview news and minute-by-minute coverage of this game that closes week three of the NFL 2021.

How and where to watch Monday Night Football

The match will be broadcasted in USA for ESPN.

A new quarterback rivalry could emerge, as in addition to Prescott's return, his matchup with Jalen Hurts is one of the main attractions of this Monday Night Football.

This will be the first time these two QBs have faced each other since the departure of Carson Wents.

The play of both teams gives a lot to talk about in this preview, as Dallas and Philadephia are quite opposite styles.

Dallas is so far the fourth best offense, while the Eagles are the third best defense.

Ezekiel Elliot already got a TD via the carry in the previous week when the Cowboys faced the Chargers.

The running back is an established player who always brings a lot of play on offense for his team, and is largely sought after to go deep. 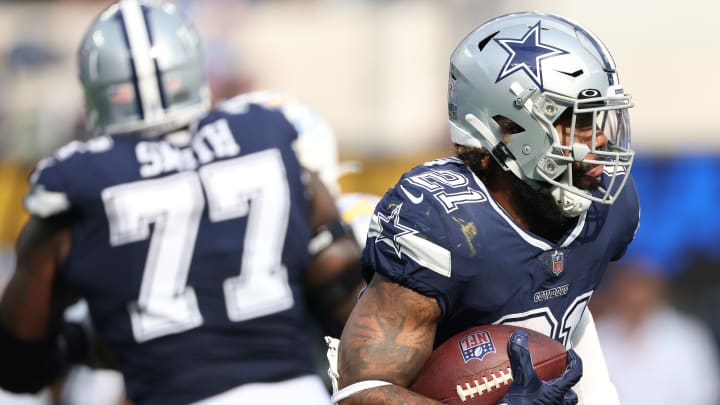 The 23-year-old Texan QB, J. Hurts has been a big talking point in recent Eagles games.

He is a player who stands out for his accuracy when passing the ball, but he has also managed to find spaces to get some yards by means of the carry.

That is why in the previous week, despite the loss, he was able to convert a touchdown. 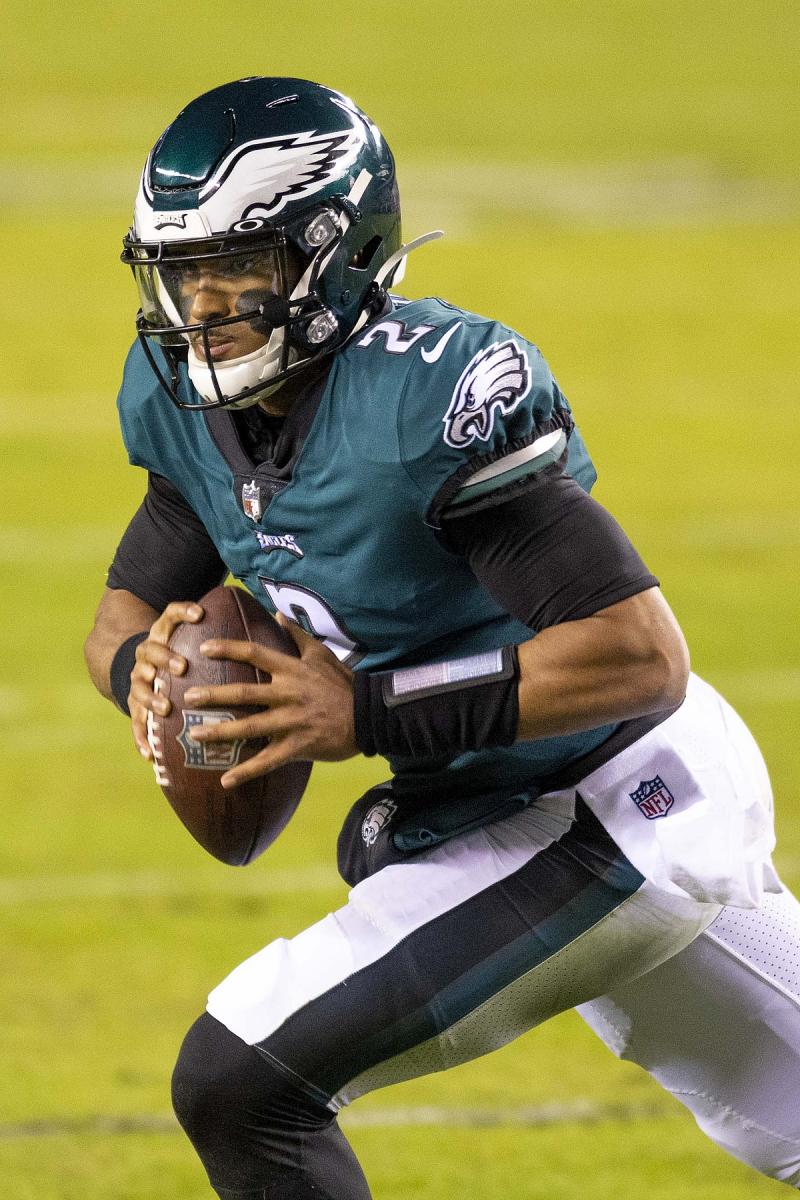 Eagles to improve their average

The visiting team wants to continue its winning streak that began in week one of the NFL 2021.

However, in the previous game they were defeated by 49ers by a score that made it clear that their vulnerable sector is the offense since the final score was 17-11.

After a close Week 1 loss to the Buccaneers, Dallas bounced back to defeat the Chargers by a score of 17-20 on the road.
Now they have a chance to make it back-to-back wins at AT&T Stadium in front of their home fans.
Will they be able to pull this game off?
5:51 PM2 months ago

The match will be played at the AT&T

The Philadelphia vs Dallas match will be played at the AT&T stadium in Arlington, Texas, USA with a capacity of 80,000 people.

It is home to the NFL's Dallas Cowboys. This stadium replaces Texas Stadium, which served as the home of the Cowboys from 1971 until 2008.

The stadium was used by the Cowboys for the first time on August 21 against the Tennessee Titans on the second day of the 2009 NFL preseason and its first official game was on September 20 against the New York Giants on date two of the regular season.

Its facilities can accommodate 80,000 fans, with the possibility of expanding to 94,000 seats.

Welcome to VAVEL.com’s coverage of the 2021 NFL match: Eagles vs Cowboys Live Updates!

It's Monday Night Football Week 3 in the NFL and today is a great game between Philadelphia and Dallas, who are almost evenly matched in the National Eastern Conference.
Both with one tie and one loss will be looking to win at all costs to have a good start to the season and aspire to the playoffs in 2021.