We hope you enjoyed this Thrusday Night Football, stay tuned to VAVEL for much more NFL news and games.
10:36 PMa year ago

Great win for Bengals in the last minutes that knew how to take the time until the final moments.
10:22 PMa year ago

McPherson gets the three-pointer from 45 yards out and has it Bengals in hands.
10:20 PMa year ago

Great pass by Burrow finds Uzomah again and with a carry they are in the danger zone.
10:15 PMa year ago

Burrow sends a short pass to Uzomah and they go past midfield to try to win the game.
10:09 PMa year ago

Lawrence was unable to complete the pass and the opportunity will go to Cincinnati.
9:57 PMa year ago

Burrow makes a perfect move and connects with Uzomah to tie the game again.
9:56 PMa year ago

Burrow connects with Chase on a 12-yard pass and Bengals cross midfield with a serious attack.
9:54 PMa year ago

Burrow connects with Chase on a 12-yard pass and Bengals cross midfield with a serious attack.
9:52 PMa year ago

Robinson got the remaining three yards and scored one more touchdown for Jacksonville.
9:28 PMa year ago

Mixon found space with a nice right-to-left move that gives the Bengals the tie, with the extra point that was also accurate.

Burrow carries the ball for one yard and gets the game-tying TD. But the play is being reviewed by the referees.
9:23 PMa year ago

Burrow finds Irwin with a 25-yard pass and gets a big gain for Bengals.
9:04 PMa year ago

Quickly get the Bengals TD at the start of the third quarter, with a pass from Burrow to Uzomah who made room into the end zone.
9:02 PMa year ago

Burrow finds Chase with a very long pass and after carrying the ball they get a total of 44 yards.
8:44 PMa year ago

Halftime in Cincinnati and the Jaguars win the game 14-0 against all odds.
8:42 PMa year ago

On fourth down, the Jaguars played the ball, but Lawrence was tackled by Wilson and Ogunjobi and the opportunity was taken away.
8:39 PMa year ago

Impressive 50-yard pass from Lawrence!
This brings Jaguars within 10 yards of their third touchdown.
8:25 PMa year ago

Lawrence carried the ball 7 yards for his second touchdown of the night.
Again the extra point is good by Wright.
8:20 PMa year ago

Great play by Robinson who finds space and gains 20 yards.
8:11 PMa year ago

Another Bengals offensive series immediately cut short by an incomplete pass from Burrow looking for Boyd.
7:58 PMa year ago

Burrow attempted a pass to Uzomah that ended up incomplete and another offensive series for the Jaguars.
7:52 PMa year ago

Space opens up down the middle of the field and Robinson speeds into the end zone.

Wright's extra point and against all odds, the Jaguars take the lead.

Great takeoff by Chase who finds a 15-yard pass from Burrow and is already past the Bengals half court.
7:33 PMa year ago

Lawrence fumbles on third down and sends an incomplete pass, so now it will be the Bengals on offense.
7:24 PMa year ago

The game starts and Jaguars will have their first offensive series.
7:11 PMa year ago

These are Jacksonville's inactives, highlighted by the absence of kicker Josh Lambo. 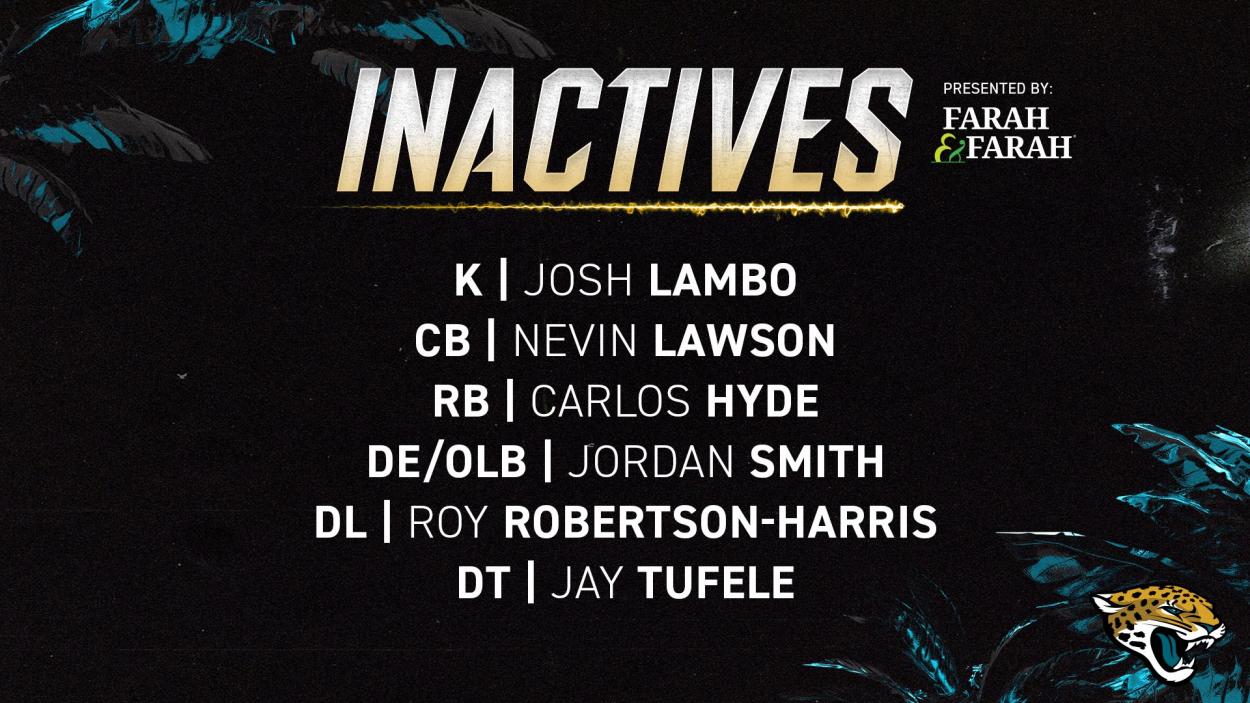 Trevor Lawrence completed 22 of 34 passes attempted for a total of 219 yards, throwing one touchdown pass and suffering interceptions two times.

These mistakes cost his team the game's outcome.

These are the players who for different reasons will not be able to play in front of their fans.

#Bengals inactives vs the #Jaguars:

The visiting team will be looking for their first win of the competition, where they will also have to face one of the teams that have made the best start. Will they achieve the feat?

The Bangals are ready for tonight's game as they look for their third win of the season. 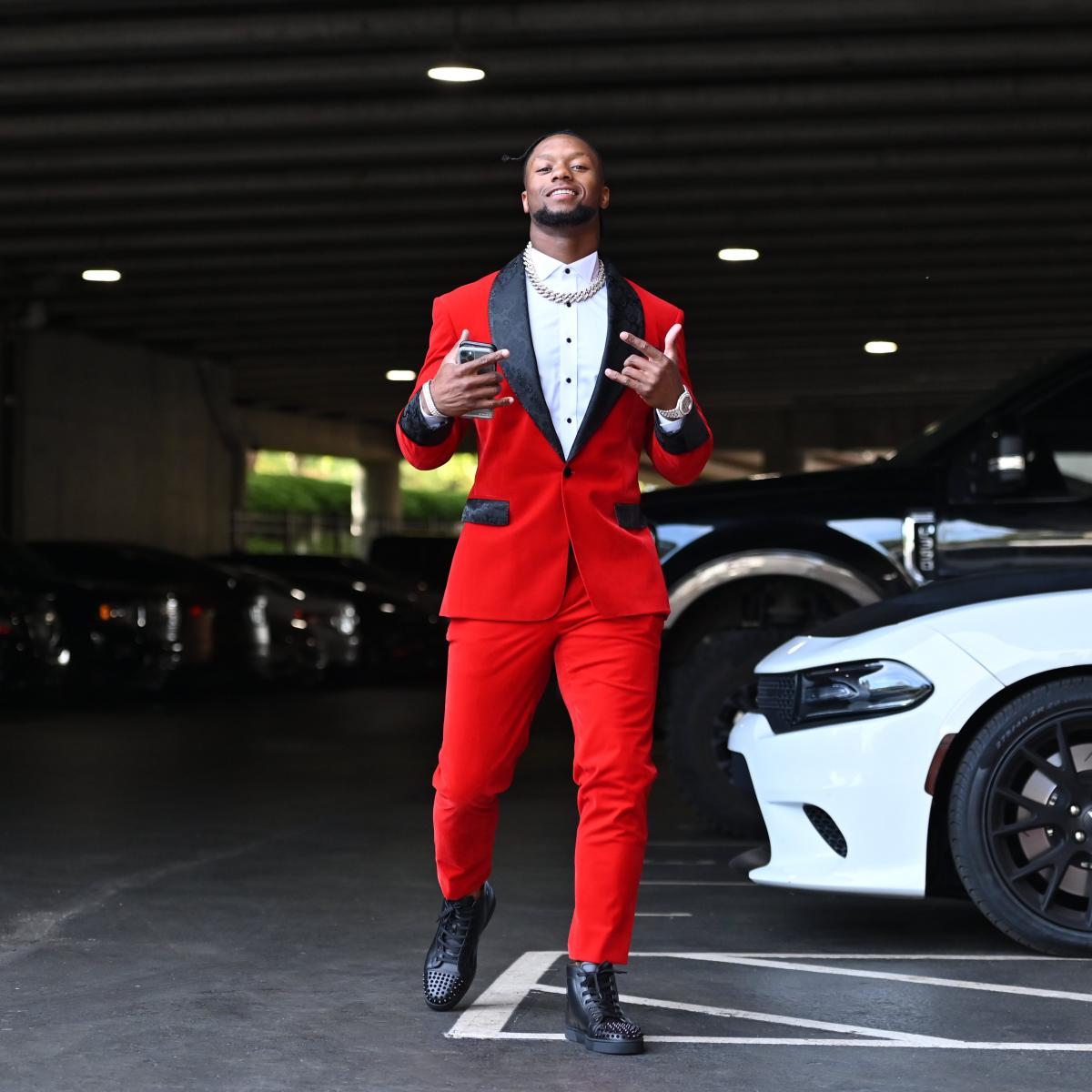 Stay tuned to VAVEL for more details on this game, the starting QBs, plays and everything related to Thursday Night Football.
10:06 AMa year ago

In a few moments we will have all the information and minute-by-minute details of this Thursday Night Football game, which will surely be a great show.
10:01 AMa year ago

How and where to watch Jaguars vs Bengals

The match will be broadcasted in USA through ESPN+.

Ja'Marr Chase is the first rookie in the Next Gen Stats era, since 2016, to have a deep TD.

This means he has totaled 20+ air yards in 3 consecutive games for the Bengals.

Jamal Agnew is the first player in NFL history with a 100+ yard TD in 2 consecutive games in a season.

Jaguars have in James Robinson a player who gives his all despite being uphill.

Just look at what he did in the previous play, getting a total of 88 yards for his team and a touchdown. 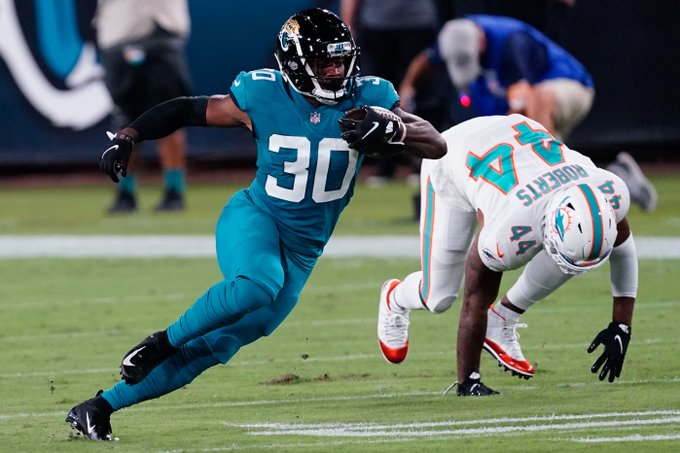 Despite having an interception, Joe Burrow, participated in the three touchdowns the previous week that gave the Bengals the important victory against the Steelers.

He is a player who can make the difference in the most difficult moments for the home team. 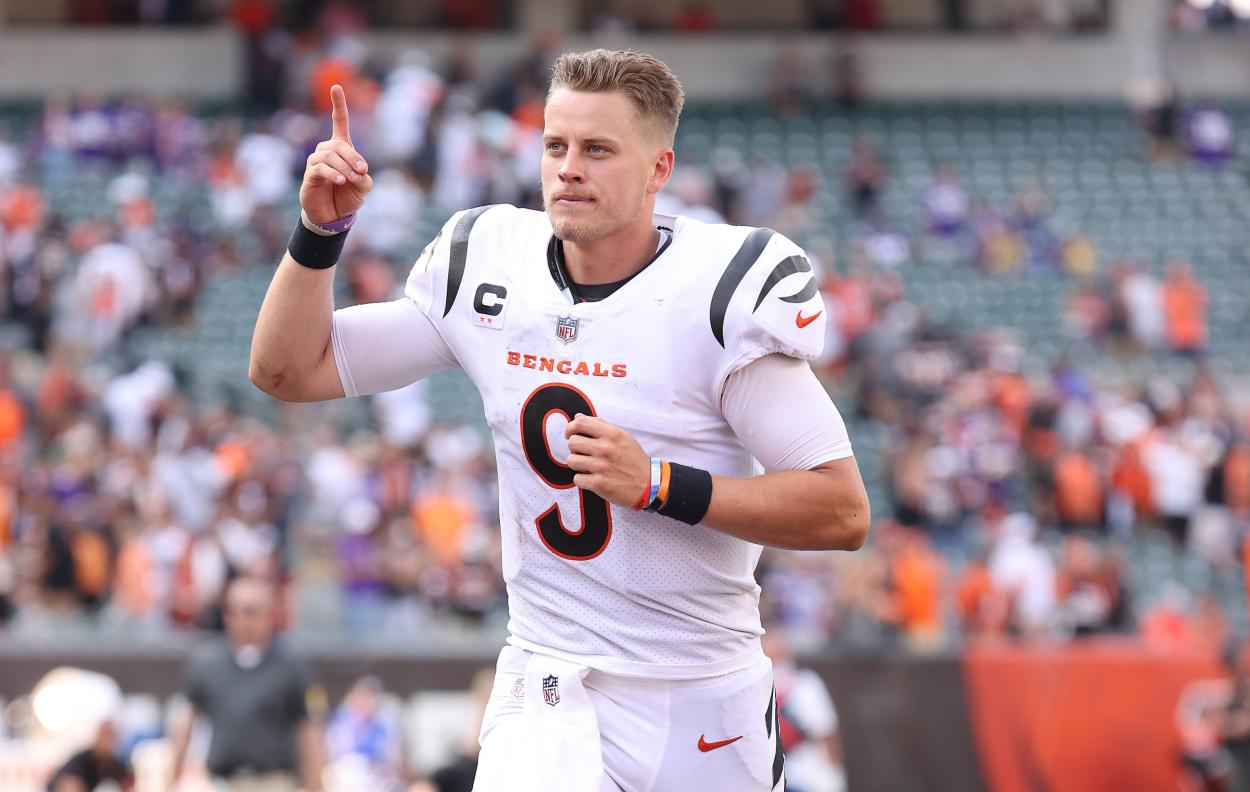 The visiting team will have to do something if they want to play in the playoffs this season as their start has not been the best.

Three games lost in a row is the result of their bad streak, the last one being the previous week against Cardinals with a 31-19 result.

With two wins and one loss, the Bengals come into tonight's game as favorites, and even more so after defeating the Steelers by a convincing score of 24-10 in a difficult game, but one that they were able to carry to victory.

The match will be played at the Paul Brown

The Jaguars vs Bengals match will be played at the Paul Brown stadium, in Cincinnati, USA, with a capacity of 65,500 people.

It is an American soccer stadium in the city of Cincinnati, Ohio, which was inaugurated on August 19, 2000.

It has a capacity of 65,500 spectators and is currently the home of the Cincinnati Bengals of the National Football League.

Welcome to VAVEL.com’s coverage of the 2021 NFL match: Bengals vs Jaguars Live Updates!

A game that in the statistics could announce the Bengals as the favorite since they lead their group with 2 wins and one loss.

On the other hand, the Jaguars have a lot to gain, as their first three weeks have seen them lose and finish as last place in the AFC South.