We hope you enjoyed tonight's game, stay tuned to VAVEL for more news and live NFL games.
10:28 PMa month ago

Three touchdowns for a player who gave it his all tonight, carrying the balls and leaving many tackles behind.

Allen missed first and 10 on fourth down due to slipping and that gives the Titans the win.

Great game from start to finish!

Sanders catches Allen's 31-yard pass on a run that leaves Bills in an interesting zone.
10:13 PMa month ago

Henry can't get enough of TDs and powers his way into the end zone again.

The extra point by Bullock is good!

Tannehill finds Westbrook-Ikhine down the middle and they are in the danger zone!
10:03 PMa month ago

Allen sends a third-down pass that was looking for Kumerow, but he caught it out of bounds.
9:46 PMa month ago

Henry continues to demonstrate his power

Again he slips past the Bills defenders and gets the TD.

Allen finds Sweeney on third down to regain the lead for the Bills.

The two extra points are played with a bizarre play where Knox finds Allen in the end zone.

Henry again gets a breakaway through tackles for a TD.
The extra point is good and the Titans go ahead by one point.
9:21 PMa month ago

Another big run by Henry who makes it all the way to the Bills 39.
9:14 PMa month ago

Bass completes his third field goal of the night, this time from 52 yards out!
9:12 PMa month ago

Allen finds Beasley with an 18-yard pass and Buffalo is now past midfield.
8:55 PMa month ago

Tannehill turned it around

This is how the Titans QB found space and momentarily turned the score around.

End of the first half with a partial victory for Bills but a pretty even game.
8:50 PMa month ago

Allen finds Beasley with a 29-yard pass and again Buffalo takes the lead.

Bass again makes the kick for the extra point.

No one could stop him, he just stopped until he reached the end zone.... Unbelievable!

Lewan had to leave the field due to injury and immediately after Tannehill finds the TD play with a 4 yard carry.
The extra point is good!
8:34 PMa month ago

Allen had a terrible mistake and when trying to pass the ball to Moss was intercepted, now will come the offensive series for Titans from the Buffalo 25.
8:32 PMa month ago

Tannehill found Jones on a 48-yard pass that hit a Bills player's helmet and subsequently the pass was complete.
8:20 PMa month ago

Great fake by Josh Allen who subsequently finds Diggs on a 14-yard pass and makes the touchdown.

Henry runs away at full speed and gets a 76-yard TD!
A truly impressive run and after Bullock's kick, the Titans take the lead.
8:03 PMa month ago

On third and goal, Allen missed a pass that was intended for Digggs and Bass had to come again to make it three points.
7:53 PMa month ago

Tannehill sent a high pass intended for Jones but it was intercepted by Poyer who got all the way to the Tennessee 48.
7:48 PMa month ago

Allen was caught by Landry on third down and offensive series will come for Titan
7:33 PMa month ago

On third down, the spaces were closed for Allen and Bass made a good field goal to score the first three points of the game.
7:29 PMa month ago

Singletary got a 14-yard carry leaving tackles on the drive with impressive force.
7:22 PMa month ago

Great coverage by Wallace who deflected Tannehill's pass and now it will be a chance for Josh Allen.
7:17 PMa month ago

The kickoff is taken and Titans will come with the first offensive series of the game.
7:04 PMa month ago

Great mood among the players

The Bills warm-up is something spectacular, all smiles and interaction with the fans, without a doubt a great moment that Buffalo is living in the current season.

Allen takes no pressure off

The Titans will have to find a way to put pressure on Allen, as he has caught just five catches in five games this season.
If he is allowed to get too comfortable, he is more than capable of tearing up the opposing team.
6:55 PMa month ago

The Tennessee team is already warming up for tonight's game and will have to come out strong defensively to stop the power of Josh Allen and company. 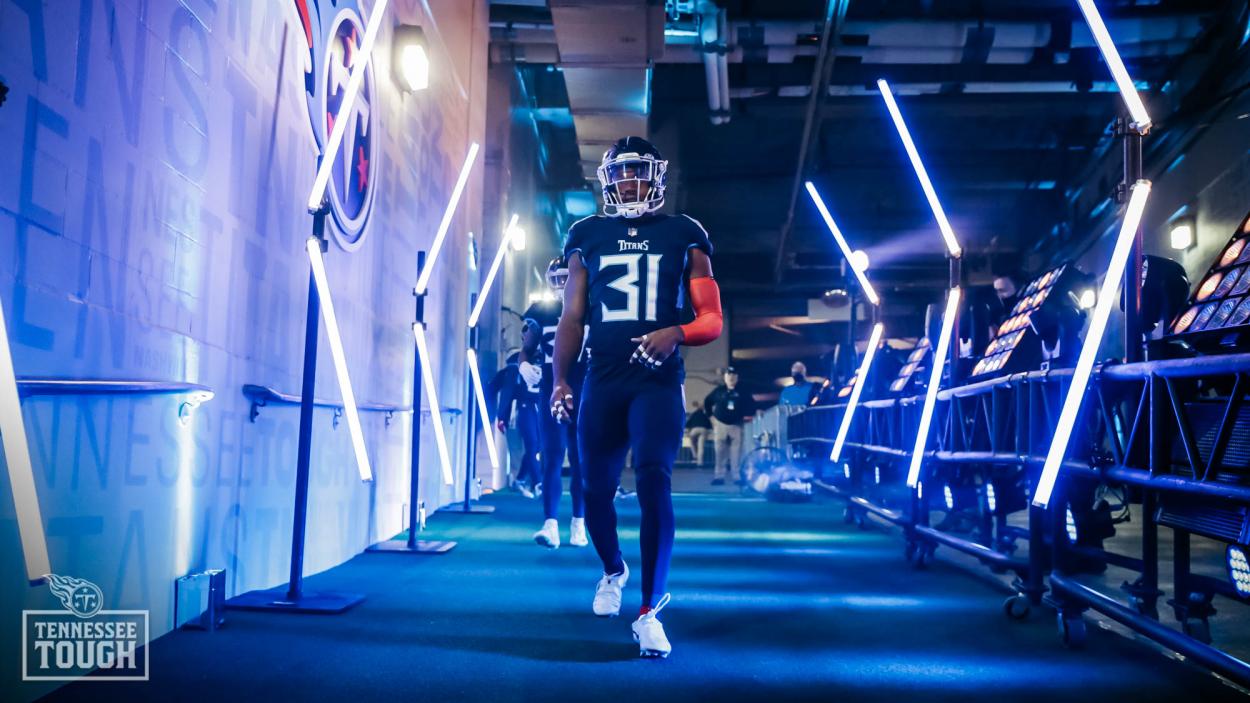 These are the men who will miss this Monday Night game for the Titans:

Titans could win it

Despite the Bills' good momentum, today they will face their first team with a positive streak so far in the tournament, the rest of the teams they have faced have negative numbers, which could be a challenge for Buffalo.
6:40 PMa month ago

A show like tonight's deserves the best fans, which is why Bills fans have already gathered at Nissan Stadium to support their team.

In a few moments we will have all the details and the best minute-by-minute of this Monday Night Football game.
Stay with us, the starting QBs are coming!
6:25 PMa month ago

In a few moments we will present you the starting QBs of the game, news, stats and everything you need to know about Monday Night Football.

How and where to watch Bills vs Titans

If you want to follow the match live online, remember that VAVEL USA is your best option.

Last game between Bills and Titans

Last season the Tennesse team was the winner of this game and not only found the victory, but the score was overwhelming.

The final score of the game was 42-16 in favor of the Titans, so Bills will have to have learned from past mistakes if they don't want a repeat tonight.

This will be their first Monday night game for the Buffalo team, so it will be a challenge for them despite arriving in slightly better condition than the opposing team.
6:05 PMa month ago

Bills Quarterback Josh Allen is undoubtedly the player who has contributed the most this season, standing out for his great ability to get yards and TD plays with accurate passes.

Tonight he will have to be very focused to face a team that has defended fairly well. 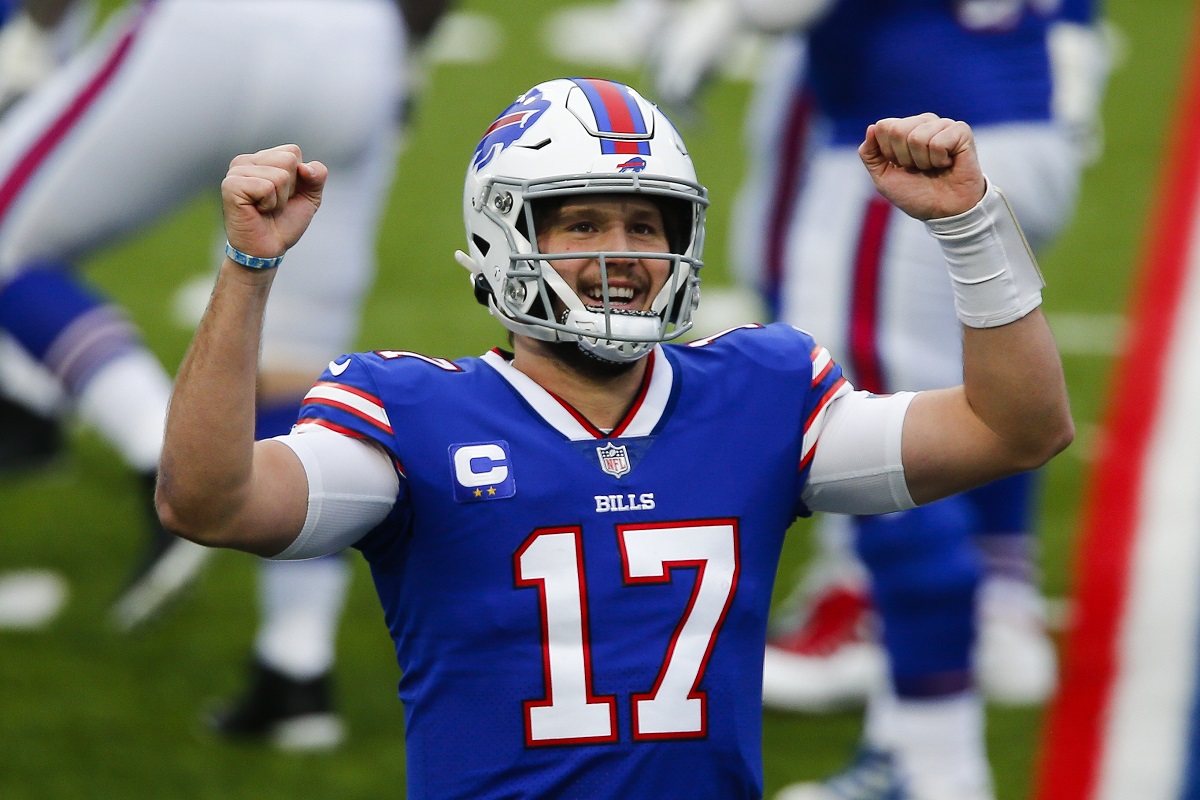 One of the best for the home team has undoubtedly been Derrick Henry, who has scored some touchdowns and gained a lot of yards with his carries.

It is only necessary to see the three touchdowns he scored in the previous game, so his performance will be fundamental if the Titans want to win tonight's game. 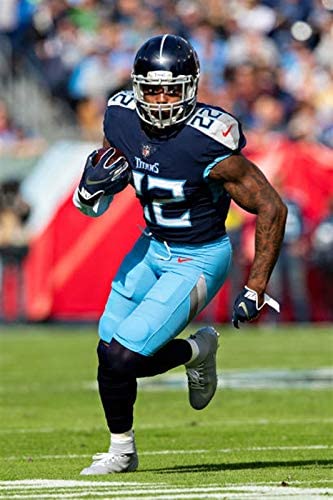 Bills is one of the best

Buffalo is one of the best teams in the NFL, with a total of four wins and only one loss.

Today they will be looking for a victory to equal the Ravens' record and position themselves as one of the two best teams in the American conference.

In their last game they defeated the Kansas City Chiefs with a resounding score of 38-20 points.

The home team has a record of three wins and two losses, something that is quite balanced, since a loss today would equalize their statistics but would not leave the first place in the AFC South.

The Titans come in after winning last week when they faced the Jaguars, with a score that ended 37-19.

The match will be played at the Nissan

The Bills vs Titans match will be played at the Nissan stadium in Nashville, USA with a capacity of 69,143 people.

Nissan Stadium is located on the east bank of the Cumberland River, and its first event was a preseason game between the Titans and the Atlanta Falcons on August 27, 1999.

Welcome to VAVEL.com’s coverage of the 2021 NFL match: Bills vs Titans Live Updates!

Today's Monday Night Football will bring us a game between two teams that lead their respective groups.