We hope you enjoyed this Monday Night Football game.

Don't miss all the details of the NFL on VAVEL!

Winston takes a knee to the ground and consumes the last minute of the game.

Spectacular closing in which Demario Davis was undoubtedly the figure of the winning team!

Johnson gets the 33-yard field goal and Saints go ahead near the end.
10:01 PM3 months ago

After a punishing play and a 12-yard Kamara carry, Saints get into the end zone.
9:53 PM3 months ago

Myers misses the field goal again, this time the kick was 53 yards.
9:50 PM3 months ago

Nice pass from Smith finds Collins over the middle and Seattle has 1st and 10 right down the middle.
9:45 PM3 months ago

Winston's pass ends up incomplete because of a very good deflection by Adams and they force Saints to clear the ball.
9:33 PM3 months ago

Myers gets the 50-yard field goal that momentarily ties it for the Seahawks.
9:29 PM3 months ago

Trautman's loose ball after receiving the ball and being tackled, so a very dangerous offensive series for Seahawks is coming.
9:18 PM3 months ago

On third chance Winston sent a very long pass looking for Stills that was not caught and now Seattle will come for a new offensive series.
9:11 PM3 months ago

Myers tried the field goal to tie the game but the ball went wide, now will come the offensive series for Saints.
9:08 PM3 months ago

Saints turned it around

Momentarily the New Orleans team is up on the scoreboard thanks to this TD play before halftime.

Good offensive series for Seahawks where Everett with a run already overcomes the half field.
9:00 PM3 months ago

The second half begins with an offensive series for New Orleans.
8:40 PM3 months ago

Winston passed the ball short to Kamara, who found space and ran in for 13 yards to the TD zone.
The kick is complete and Saints win it before halftime!
8:33 PM3 months ago

Smith sends an incomplete pass and again it will be a chance for the Seahawks on offense.
8:21 PM3 months ago

After an incomplete pass by Winston is deflected by Brooks, the Saints have to settle for the three-point kick by Johnson.
8:14 PM3 months ago

Again Winston gets the missing yardage on fourth down. uncatchable!
8:09 PM3 months ago

On fourth down Winston fumbled and found the missing yard to go ahead.
8:03 PM3 months ago

Great short pass from Winston that found Kamara, who ran to find 23 yards with the ball in his hands.
8:00 PM3 months ago

The second quarter began with an incomplete pass by Smith on third down and an offensive series for Saints.
7:51 PM3 months ago

Winston has to send the ball to the ground because he was under heavy pressure from the Seahawks defense and now it will come first and 10 for Seattle.
7:34 PM3 months ago

First of the night

Smith, sends a short pass to Metcalf, who takes out a defender with a leaping catch and ran a total of 84 yards for the first touchdown of the night.

The extra point is complete!

The game begins with the first offensive series for the Seahawks.
7:12 PM3 months ago

All set for Monday Night Football

Everything is ready for tonight's show where the attitude of both teams is what will be missing the least.

Payton took advantage of the bye week to get some of their multiple injured players back, so today could prove to be a not-so-difficult win overall.
6:52 PM3 months ago

They will be the players who will not see action in tonight's game due to injuries. 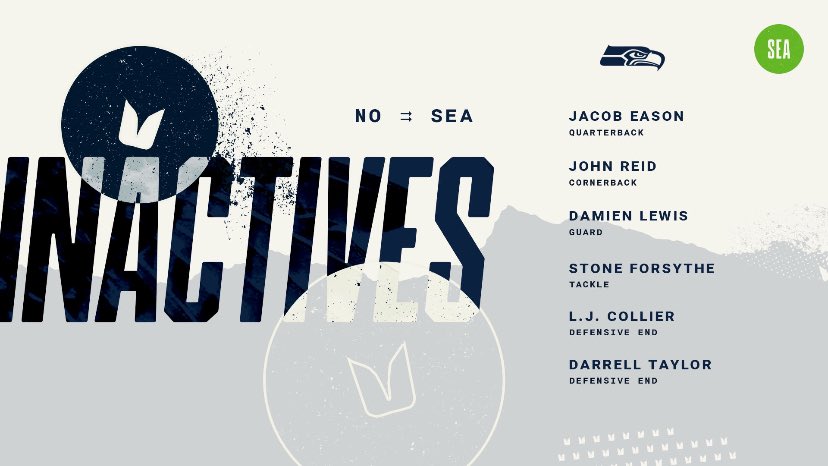 The New Orleans team tonight wants to reaffirm its winning streak, so it will have to adjust its solid defense to not allow the Seattle team to get in easily.

Seattle needs to rely on its aerial play

The Seahawks will likely struggle to generate yards against a Saints defense that allows the second fewest ground yards per game (79), which will make things very difficult, but the visitors don't have the same effect defending through the air.
6:37 PM3 months ago

The Seahawks are warming up

The home team is already warming up on their field for Monday night's game, with a lot of motivation to leave behind that loss against the Steelers, which was a very good performance despite not having their starting Quarterback. 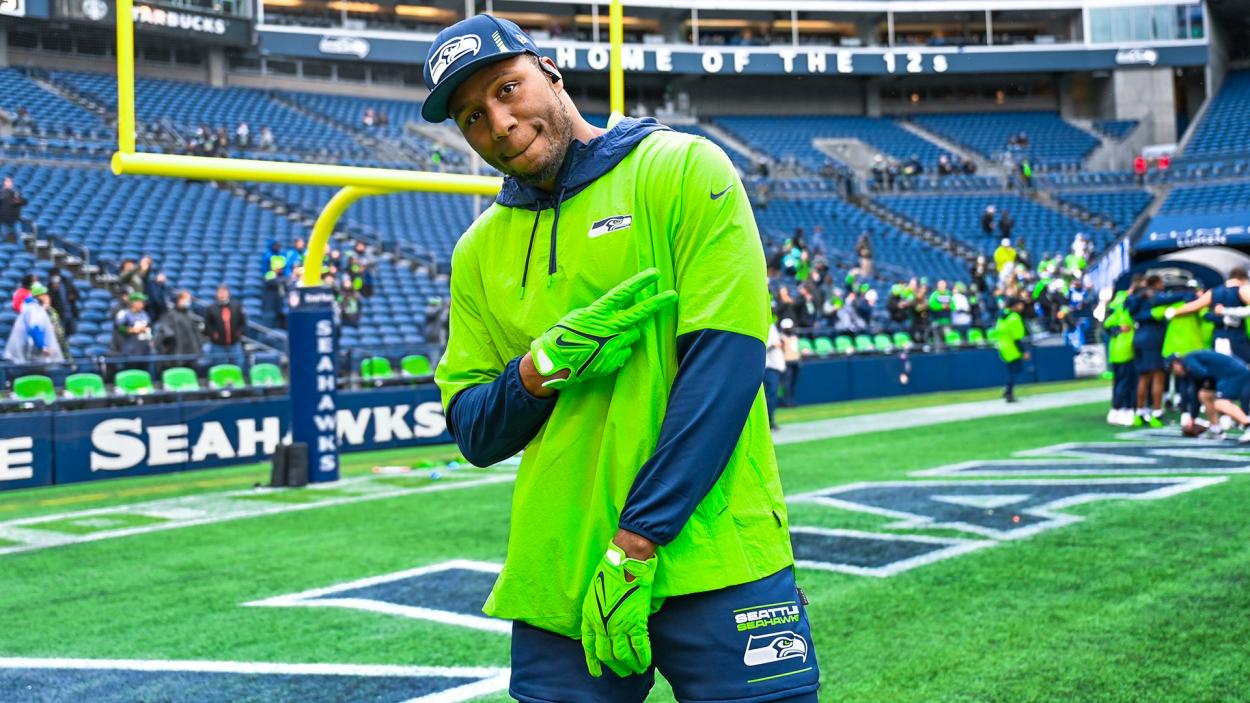 Watch out for the New Orleans offense

Within the Saints, quarterback Jameis Winston has struggled with consistency, although this time he is coming off a four touchdown performance against Washington, so he will have to keep it up if he wants to get the win against the banged-up Seahawks.
6:22 PM3 months ago

Do not miss a single detail of this Monday Night Football game between Saints and Seahawks, today we will have a great show without a doubt in which the visiting team comes as the big favorite statistically.
6:17 PM3 months ago

In a few moments we will present you the starting quarterbacks, all the details and the minute-by-minute of this Monday Night Football.
6:12 PM3 months ago

How and where to watch Seahawks vs Saints

Monday Night Football will be broadcasted on ESPN.

If you prefer to follow it live online, VAVEL USA is your best option to do it.

The last time these two teams faced each other, it ended in a close victory for the Saints at the home of the Seattle Seahawks.

After suffering a ruptured tendon in the middle finger of his right hand, quarterback Russell Wilson could return to action for NFL Week 10, where Seattle will face one of its most powerful rivals, the Green Bay Packers.
5:57 PM3 months ago

Alex Collins has been a player who has performed well for the local team, even more so when he is required to carry the ball.

Thanks to his good performance, in the last game he gained more than 100 yards on the ground and a touchdown, although unfortunately they did not get the victory. 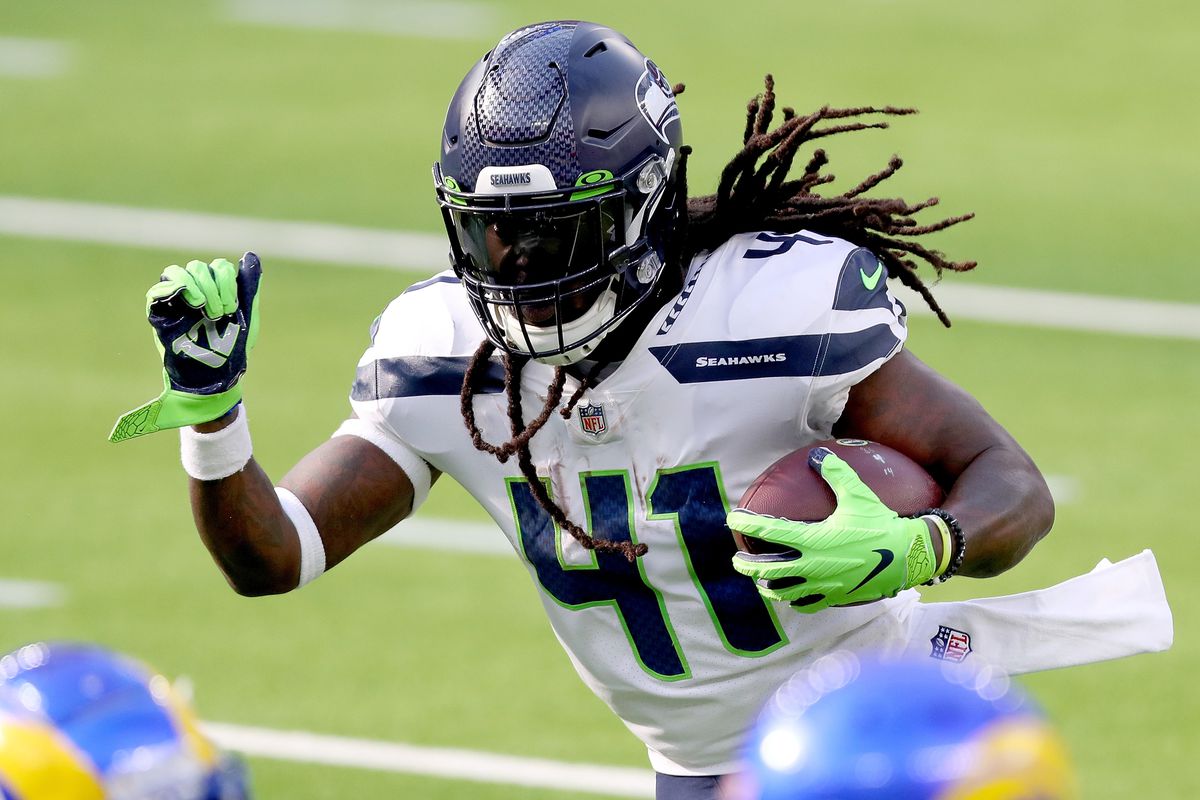 The Saints quarterback has been a key to his team's performance in this first part of the competition.
In addition to being decisive when it comes to offense with his precise passes, he has managed to become a difficult prey to catch when carrying the ball. 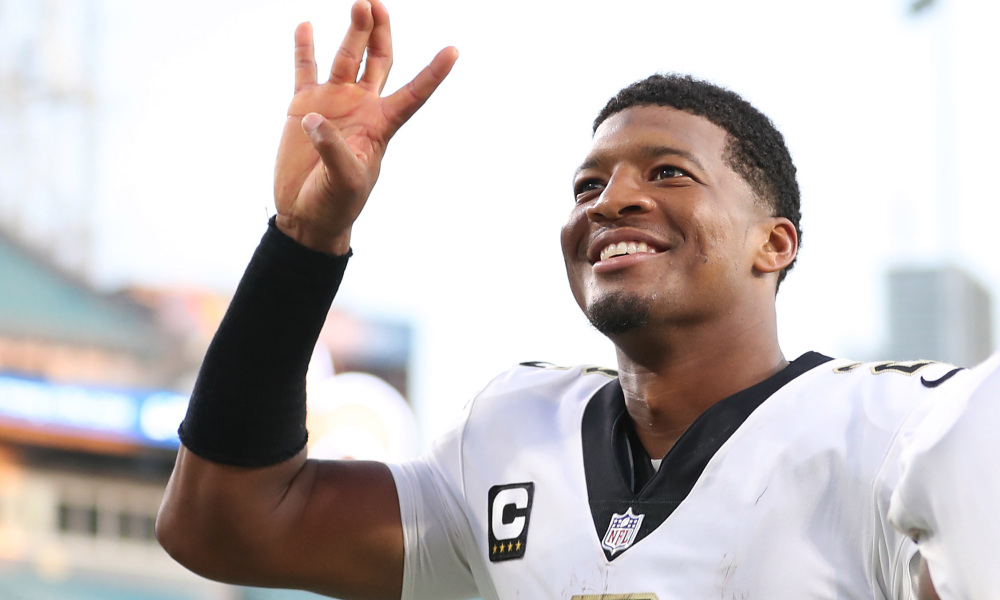 Seahawks want to move out of last place

In their conference, the Seattle team is in the last place with a negative streak of 2-4, so they will want to take advantage of their home tonight and give their fans a slight hope in terms of positions.

In the last game they were defeated by Steelers by a minimal difference of 3 points, with a score that ended 23-20.

Saints will be favorites

The New Orleans team has a better streak than the local team, with three wins and two losses.

In the last meeting, they defeated the Washington team by 10 points, with a score that ended 33-22.

The match will be played at the Lumen Field

The Saints vs Seahawks match will be played at the Lumen Field in Seattle USA with a capacity of 72,000 people.

The stadium was inaugurated in 2002 and replaced the old Kingdome, demolished in 2000.

Welcome to VAVEL.com’s coverage of the 2021 NFL match: Saints vs Seahawks Live Updates!

This Monday Night Football will feature a pretty special game between the Saints who are second in the NFC South and the Seahawks who are at the bottom of the West.
Both teams will surely want to play offense in order to get one more win and improve their respective streaks.