We hope you enjoyed this Monday Night Football broadcast.
Stay tuned to VAVEL for much more from the NFL regular season as it comes to a close.
12:35 AM5 months ago

The player fell outside but controlled the ball inside the end zone. Unbelievable!
12:25 AM5 months ago

The game ended with a close score and victory for the Vikings.
12:24 AM5 months ago

Last second TD for Bears but it wasn't enough for them to come back.
The victory goes to the Vikings!
11:57 PM5 months ago

Very close play in which Bears challenged the decision for a supposed TD, but the referee decided it was not.
11:47 PM5 months ago

Kendricks is ejected from the game for a hard hit.
11:34 PM5 months ago

Big mistake by Byrd at the moment of receiving the ball, it slips out of his hands and the Vikings recovered the ball near the red zone.
11:30 PM5 months ago

Great trick play by the Minnesota QB, who finds Smith all alone to the right and gets the second TD of the game.

On fourth down, the Bears played it and Field was caught, so now it will be an offensive play for Minnesota.
11:23 PM5 months ago

Williams block that gives the Bears an unbeatable start in the Vikings backfield.
11:09 PM5 months ago

Cousins finds Smith-Marsette and the Vikings get the second Touchdown of the game, complete with extra point.
11:03 PM5 months ago

Nwangwu breaks through for over 10 yards and with a great effort gets it 1st and 10 for Vikings past midfield.
10:37 PM5 months ago

The first half ends with a partial score in favor of the Vikings.
10:37 PM5 months ago

Tomlinson blocks the field goal and prevents the Bears from getting any closer on the scoreboard.
10:26 PM5 months ago

Cairo Santos manages to convert a three-pointer that breaks Chicago's zero on the scoreboard.
10:18 PM5 months ago

First TD of the night

This way the Vikings got their first seven points of today's game.

Great play by Fields who slides in for 1st and 10 past midcourt.
9:59 PM5 months ago

Nice reception after a great throw by Fields that puts the Bears in the opposing backfield.
9:57 PM5 months ago

Joseph's kick is good and the Vikings increase their lead by three more points.
9:45 PM5 months ago

Great catch by Hicks over Cousins on second down.
9:35 PM5 months ago

Jefferson found the ball on the left side of the field after a long pass and converts the first TD of the game.
9:31 PM5 months ago

Jefferson receives a very good pass, ahead of the midfield and there is the first chance for the Vikings.
9:24 PM5 months ago

The game starts with an offensive series for the Bears.
9:13 PM5 months ago

These are the players who will miss the game for the Vikings:
QB: Kellen Mond.
WR: Adam Thielen.
LB: Chazz Surratt.
G: Wyatt Davis.
9:11 PM5 months ago

Bears are ready to take the field

This is how the home team is preparing to try to pull out a victory tonight.

Impressive from the Vikings player! 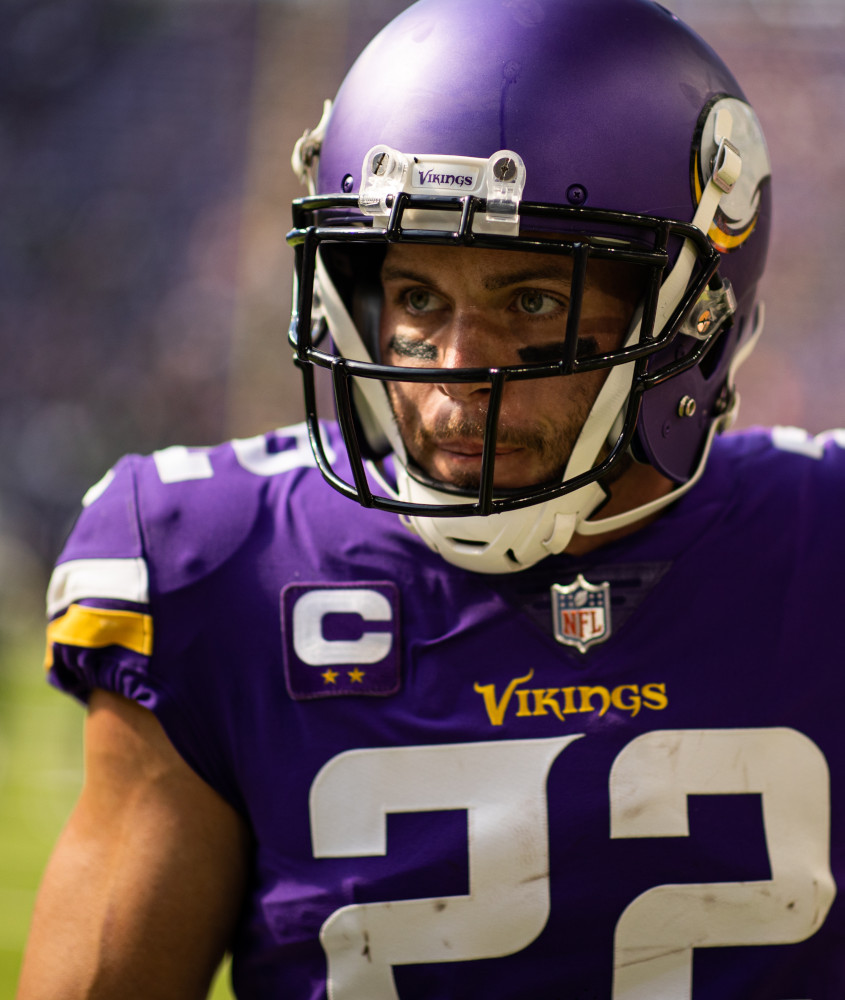 These are the inactives for the Bears

These players will not be allowed to take the field tonight on the home side. 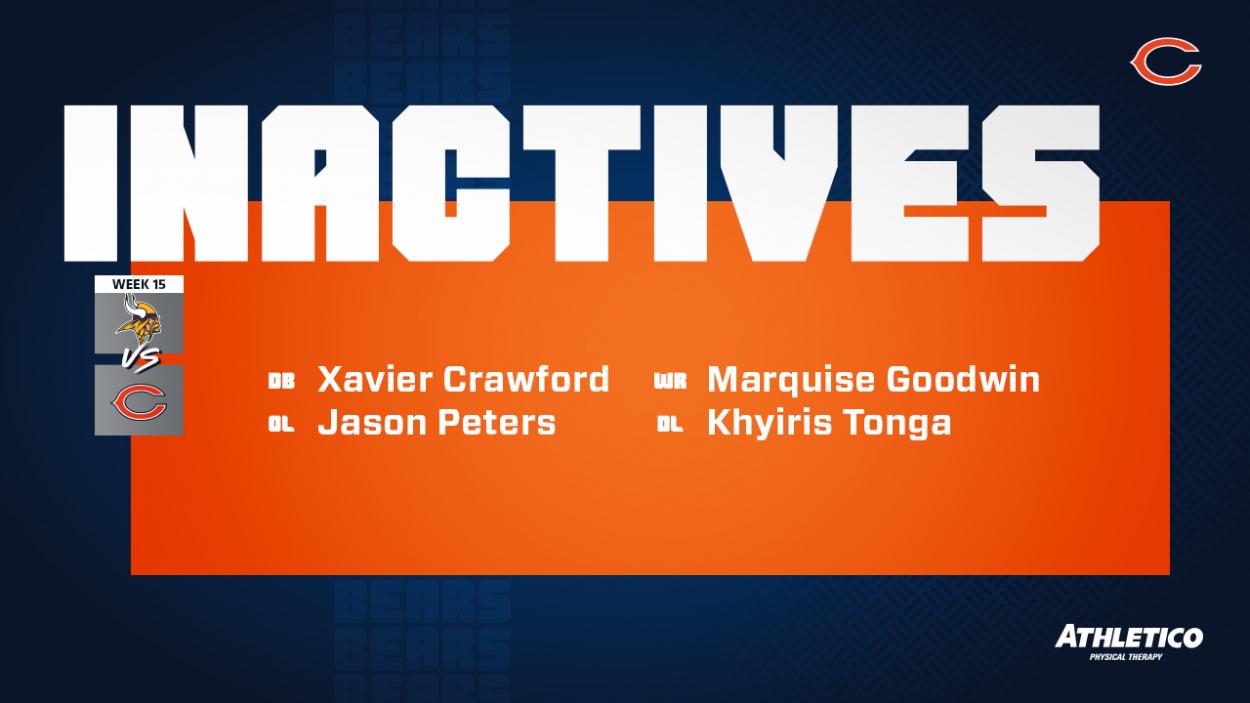 The Vikings want to save the season

While it is true that the Minnesota team has not been all bad, at this point everyone wants to tie their participation in the playoffs, for that the Vikings will have to win in these last three weeks remaining in the regular season
8:54 PM5 months ago

In a few moments we will bring you all the details of this Monday Night Football between Bears and Vikings.

You can't miss it.

In a few moments we will present you all the details, starting QBs and everything related to this Monday Night Football game.
8:44 PM5 months ago

How and where to watch Bears vs Vikings

The match will be broadcasted on Fox Sports.
If you prefer to watch it live online, remember that VAVEL  USA is your best option.
8:39 PM5 months ago

Positions in the table

Two teams from the National Northern Conference have a tough matchup, the Bears are in third place, while the Minnesota team is in second place, so this game could be fundamental to know who will enter the Playoffs.
8:29 PM5 months ago

On the other hand, the Vikings have Kirk Cousins, who leads the team from the quarterback position and who also found a way to score two touchdowns in the last game. 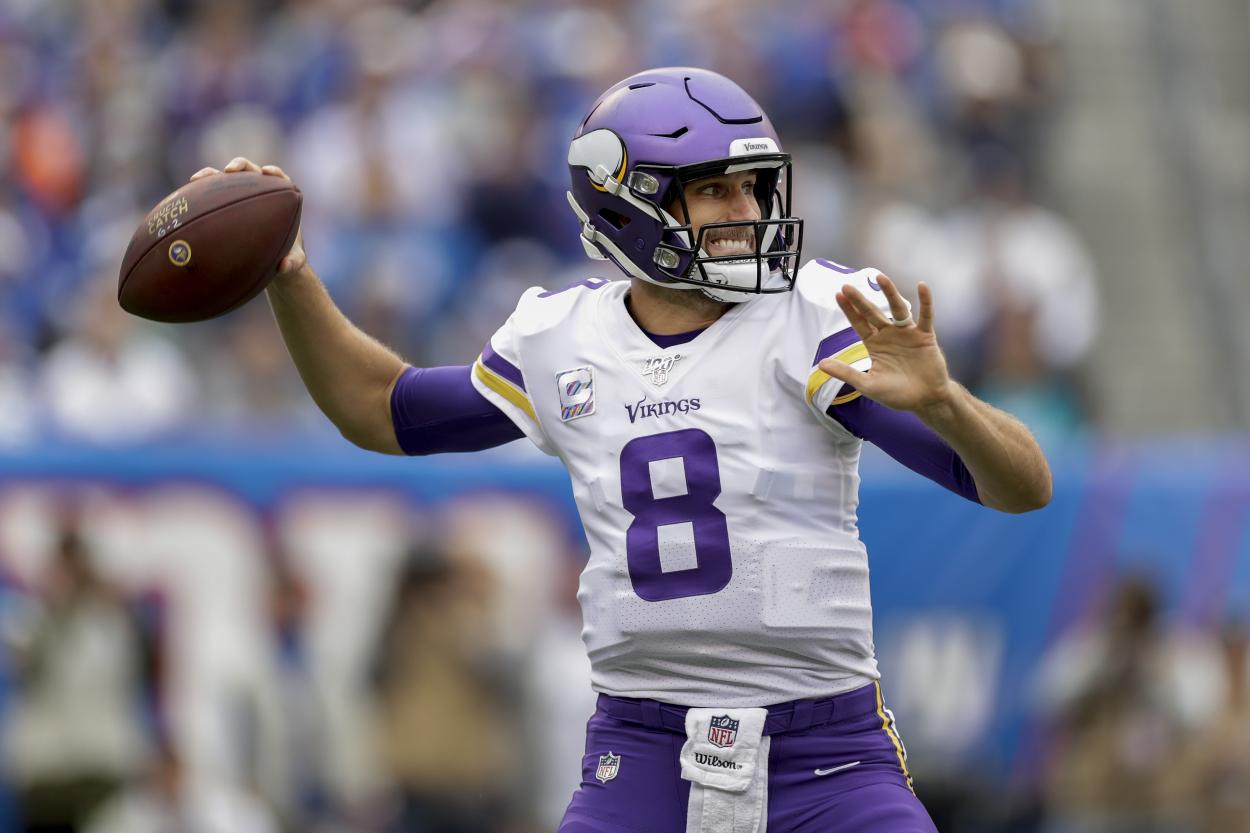 Watch out for this Bears player

Justin Fields carries all the responsibility for Chicago's offense, but he has had very good performances all season.
In the last game he scored two touchdowns on passing downs. 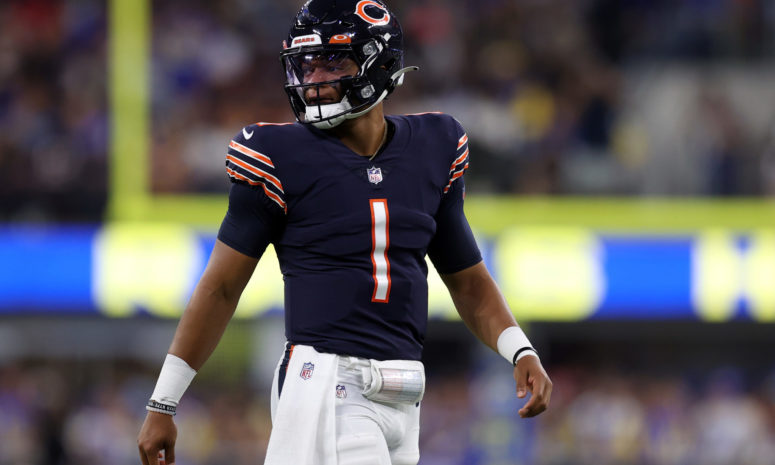 The Minnesota team defeated the Steelers with great ease in the previous week, and the game ended with a scandalous score of 36-28.

Now the visitors will want to continue this streak and get back to winning ways.

The Bears are on a two-game winless streak so they will want to take the game off with a win in front of their fans. In their last game they lost to the Packers by a score of 45-30.
8:09 PM5 months ago

The match will be played at the Soildier Field

The Vikings vs Bears match will be played at the stadium Soldier field on Chicago, USA with a capacity of 61,500 people.

It is a multipurpose stadium that is used primarily for soccer practice and serves as the home stadium of the Chicago Bears of the National Football League.
It also often hosts soccer matches and played home games for the Chicago Fire of Major League Soccer from 1998 to 2005.
It was also one of the venues for the 1994 Soccer World Cup held in the United States.

Welcome to VAVEL.com’s coverage of the 2021 NFL match: Bears vs Vikings Live Updates!

A matchup of two teams that have had an average to poor season, the Vikings come in on a 6-7 streak, while the Bears are on a four-win, nine-loss streak.