Rams start this 3rd quarter with possession.
9:38 PMa month ago

One more Bills interception and the ball will be Rams' at the 50-yard line.
9:26 PMa month ago

Rams get into the red zone and close in on their first touchdown.
9:05 PMa month ago

Bills fail to score and will have to settle for the 3 points with the field goal.
9:03 PMa month ago

Bad pass interception by Stafford that is recovered again by the Bills defense at the 50-yard line.
8:56 PMa month ago

Once again, the Rams have to kick the ball to the Rams, who are unable to have back-to-back offensive series.
8:49 PMa month ago

The Bills defense forces Rams to punt and they will have to punt to Los Angeles.
8:36 PMa month ago

Rams advance in a big way and almost reach the 50-yard line.
8:33 PMa month ago

Rams will start their first possession at the 15-yard line.
8:30 PMa month ago

Bills touchdown, great pass from Josh Allen to Davis to open the game.
8:27 PMa month ago

The Bills are already crossing midfield with good offensive series and the ball is already at the Rams 35 yard line.
8:25 PMa month ago

A new NFL season kicks off and the Buffalo Bills will have possession.
8:10 PMa month ago

A near full house at SoFi Stadium, the setting is fantastic for a night of soccer, as kickoff time approaches.
8:00 PMa month ago

Neither of the two teams had any losses in their rosters this preseason, so they will have a full roster for the start of another NFL season, which is undoubtedly eagerly awaited by fans.
7:55 PMa month ago

The two teams are warming up at SoFi Stadium:

It will be the division where the Los Angeles Rams will fight along with the Seahawks, 49ers and Arizona Cardinals, undoubtedly a very hard-fought division, where the favorites are the Rams and San Francisco.
7:45 PMa month ago

A large turnout is expected today for the NFL Kickoff at SoFi Stadium, with Rams fans expected to be in attendance, but also Buffalo fans will be at this great stadium for one of the most anticipated games for many.
7:35 PMa month ago

This is how the building where the inauguration of another NFL season will take place looks like.

The Records are leaning towards Buffalo with 2 games won and one game won for Rams, so tomorrow's prediction is reserved for a very exciting game.
7:25 PMa month ago

In a few moments we will share with you the starting lineups for Buffalo Bills vs Los Angeles Rams live in Week 1 of the NFL, as well as the latest information from SoFi Stadium. Don't miss any details of the game with VAVEL's minute-by-minute live online coverage.
7:15 PMa month ago

This is the kickoff time for the Buffalo Bills vs Los Angeles Rams game on September 8 in several countries:

How do the Los Angeles Rams arrive?

For their part, the Los Angeles Rams are coming off a 1-2 preseason, taking into account that they rested several of their most important starters. After winning the Vince Lombardi, they will be looking to win the championship twice, which seems like a difficult task since the teams that have been able to achieve it are the Miami Dolphins, Kansas City and Pittsburgh Steelers, Green Bay Packers, New England and San Francisco, so the Rams will be looking to join this prestigious list in the NFL.
7:05 PMa month ago

How does Buffalo Bills arrive?

Buffalo Bills arrive to Week 1 with a 2-1 record in preseason, in the last game they were defeated 21-0 against Carolina, something that surprised many fans who expected more from their team, for this week 1, Buffalo will have a full roster that undoubtedly promises a lot after being eliminated in Playoffs again by Kansas City, they will seek revenge this new season.
7:00 PMa month ago

He is one of the best defensive backs in the league and also one of the highest paid, coming from the University of Pittsburgh last season he had 12.5 catches at QB and in the Super Bowl he was the one who caught Joe Burrow to give his second Vince Lombardi to the Los Angeles Rams, he will look to start with everything this NFL campaign and give the bicampeonato to his team that will certainly fight again to win one more title. 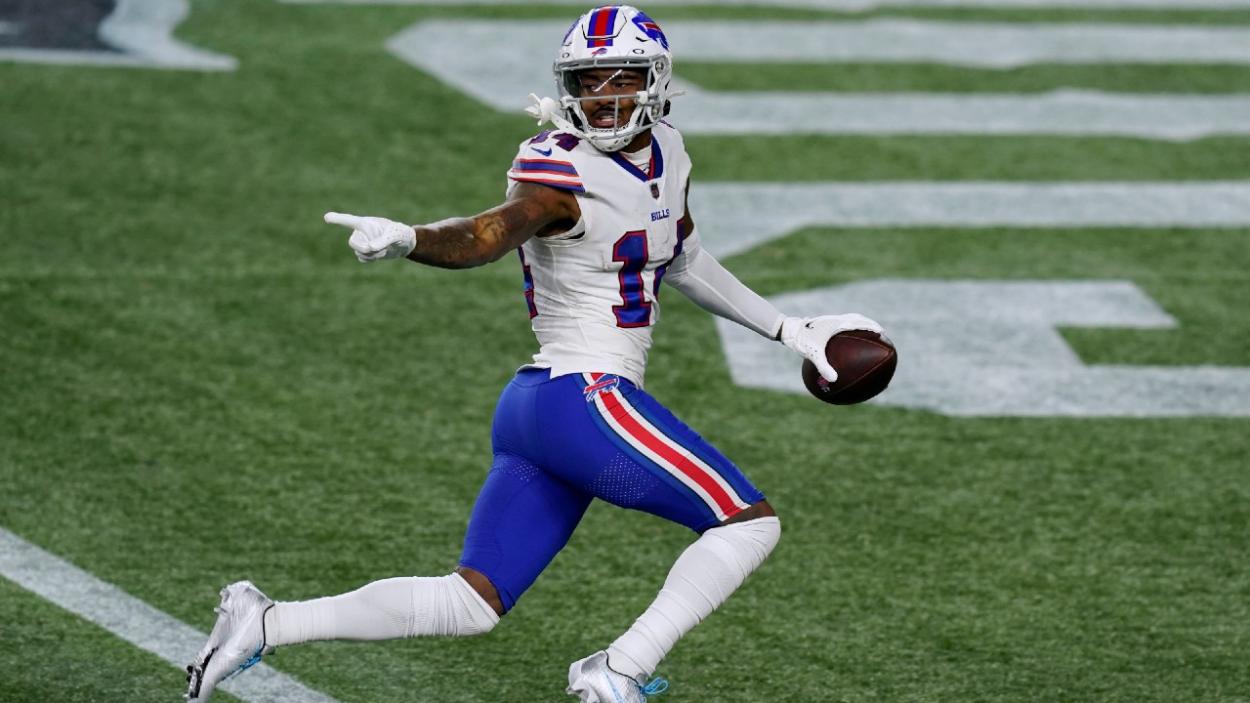 The NFL is back!

The NFL is back and with tomorrow's game between Buffalo Bills and Los Angeles Rams, the most important tournament in American Football is back, remember that last season the Super Bowl champion were Los Angeles Rams, as they defeated Cincinnati Bengals 23-20 to win their second title in their history, this season is expected to be even closer with several teams favored to win the ring this year.
6:45 PMa month ago

Welcome to the live broadcast of the Buffalo Bills vs Los Angeles Rams game, corresponding to week 1 of the NFL. The game will take place at SoFi Stadium at 7:20 pm.