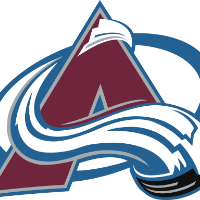 After losing their last three games while only scoring two goals, the Arizona Coyotes finally found their offense and scored six goals to down the Colorado Avalanche.

The win moved the Coyotes to a 15-18-2 record and they face the second-place San Jose Sharks today who will be without Erik Karlsson who was suspended two games due to his hit to the head area towards Austin Wagner of the Los Angeles Kings.

Holding the lead was difficult

After taking a 2-1 lead in the first period on goals by Richard Panik and a late tally with just five ticks on the clock by Derek Stepan, the Coyotes were their own worst enemy.

They padded their lead from 2-1 to 4-1 in the middle frame with tallies from Christian Fischer and Conor Garland (his first NHL goal).

Not being able to put a stake in the heart of the Avalanche almost cost the Coyotes another loss as they allowed the Av's three third period goals to erase the lead and tie the game at 4-4.

As time on the game clock decreased the Coyotes pulled themselves together much like their recent comeback against the New York Rangers and scored two goals in 3:27 both by gritty forward Brad Richardson to nail the coffin on the Av's chances to steal the game.

Richardson to the rescue

Richardson who now has ten goals on the season (leading the team)including three short-handed goals was the hero in this game and was voted the first star of the game.

He now ranks fourth in scoring on the team and has two game-winning goals to add to his season resume.

On the game-winning goal his shot from just inside the blue line was an example of what the team needs to do more often... SHOOT!

Who would have thought that Richardson would be leading the team in goals after 35 games?

This team can score, they just need to pepper the opponents' net with shots, and shots which get on net, not wide, not over, but ON NET. This is displayed with analytics to support that theory.

The NHL average shots on goal are around 33 shots on net per game. The Coyotes are three shy of that average and three shots can amount to a winning goal or two.

The Desert Dogs also proved that theory (although it doesn't always guarantee a win) by pounding two different Colorado goalies with 39 shots.

They need to continue that game plan when facing a tough Sharks' team who has six players with more points than the Coyotes' leading scorer Clayton Keller who has 24 points including eight goals.

With back-to-back games, Darcy Kuemper will get the start in net who hasn't won since his Nov. 15th win against the Nashville Predators. Going in their favor is that the team has a 2-0-0 record in the second game of back-to-back games.

According to hockeyreference.com the Coyotes are on a predicted path of about 83 points with just a 17.1 per-cent chance of making the post season playoffs. Their chances of being a wild-card playoff team falls to 9.5 per-cent.

Unfortunately, injuries have pretty much decided the fate of this team, with starters Antti Raanta, Jason Demers, and Christian Dvorak gone most likely for the rest of the season.

Hopefully the return of Michael Grabner and Vinnie Hinostroza will aid in igniting the offense which has shown slight indications of improving.

Head coach Rick Tocchet had some comments after the game echoing that he needs scoring, and doesn't really care where it comes from.

The key to this game before the holiday break is can this team put together wins to gather some momentum to surge towards the payoffs?

I'm in Vegas and I wouldn't necessarily place a bet on the Coyotes being in the playoffs, but then again... what do I know?

What's your take on the recent play of the Arizona Coyotes? Do they have a shot at making the playoffs? Or do all the injuries mean they haven't a shot? Let us know in the comments section below.

Hurricanes to begin season with no fans a month ago