The Montreal Impact doesn’t know who they will be facing in the CONCACAF Champions League Final that begins on April 22nd. They will either face off against Costa Rican side Herediano or Mexican giants Club America. That being said, they do know where they will be hosting the second leg of the two legged series. Olympic Stadium will host the first ever final appearance of a Canadian club in the CCL final.

This will be the third CCL match that will be played at Olympic Stadium. The first was during leg two of the quarterfinals when the Impact hosted Pachuca. 38,104 came out to see a 1-1 tie with Montreal advancing on the away goals rule. Leg one was tied 2-2, giving Montreal two away goals. For the semifinals, Montreal hosted leg one against Alajuelense and 33,675 came out to see the Impact win 2-0 and give them a huge advantage heading into Costa Rica for the second leg.

This writer would love to see as many people as possible fill Olympic Stadium for the second leg of the final. It would awesome to see near 45,000-50,000 people in the stands cheering on their team. Depending how well they do in leg one will surely determine how many come out to support them on April 29th at Olympic Stadium.

Best of luck to the Impact as they look to become the first MLS team to win the CONCACAF Champions League since the tournament revised its format. 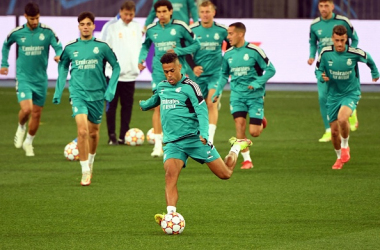