On Tuesday, FIFA President Sepp Blatter announced that he will be stepping down and a new president will be elected as soon as an "extraordinary Congress" can be convened. As soon as Blatter made his announcement, the world, and Twitter, exploded. While it was an historic announcement, the reactions were nearly as enjoyable as the press conference itself. So, let's take a look at some of the best tweets reacting to Sepp Blatter's resignation...

"Breaking News: FIFA President Sepp Blatter says he's stepping down and changing his name to Step Ladder when he does it."

Popular hosts of the Men In Blazers show on NBC Sports Network Roger Bennett and Michael Davis, in addition to recording a celebratory podcast, sent out this series of tweets.

"In heaven, Robin Williams is smiling down on us #SeppBLADDER"

Meanwhile, John Oliver, host of Last Week Tonight on HBO, made a reference to his previous week's show, in which he stated that if Bud Light (a prominent FIFA sponsor) would put pressure on Blatter to resign, Oliver would drink Bud Light Lime on air. Oliver tweeted out: 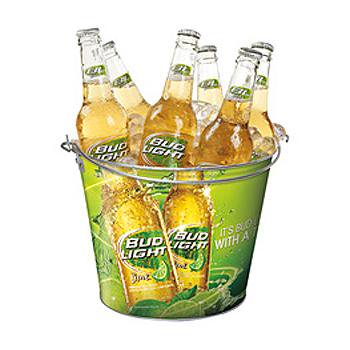 However, Fox Sports 1 Analyst Alexi Lalas struck a less celebratory note, reminding the world that while this is a historic day it isn't the end of corruption within FIFA.

"Amazing day. But will it be a day that leads to real change or just the same corruption with a new name? #MeetTheNewBoss"

Lalas' colleague at Fox Sports and fellow former United States Men's International Eric Wynalda had the best historical reference of the day, harkening back to the resignation of President Richard Nixon.

It wasn't just American football pundits sounding off. Gary Lineker, the second all-time leading goalscorer for England and host of Match of the Day on the BBC struck a sarcastic tone.

"Blatter has resigned. Can't quite believe it. FIFA always appeared to be such a fine upstanding organisation."

Meanwhile, much like Lalas, Gary Neville wanted to focus on the questions there will be going forward. Namely, why is Blatter stepping down now, and not before the election. He asked it with a simple:

English broadcaster Ian Darke, the voice of the USMNT on ESPN, sent out his opinions as well when he said:

"Thank goodness ! At last FIFA and Blatter get the message. A great day for football."

Darke was not the only ESPN employee to make their feelings known, and former Women's World Cup Winner Julie Foudy tweeted this moments after the resignation.

"Hallelujah! Sepp Blatter is out. #adiosSepp"

However, the winner for best tweet of the day goes to journalist Raphael Honigstein, who drew historical parallels between the resignation and the revolutions in the Middle East known as the Arab Spring. Honigstein simply said: