SANTIAGO -- Chile are ready to take the Copa America field (or pitch, if you so desire) by storm. Or by canine swarm, as Gary "The Pitbull" Medel will be leading the aggresively-spirited Chilean squad to a shot at a Copa America victory run. La Roja are going all in for this one. Even if it means spilling some of their red blood flow.

Manager Jorge Sampaoli has a fresh-looking roster at his disposal for this year's Copa. Winger Alexis Sánchez is coming off a near-legendary first season at Premier League club Arsenal, in which he was voted the PFA Fans' Player of the Season. Keeper Claudio Bravo won the Zamora trophy in his first campaign with FC Barcelona, and he also was successful in winning a treble (although he did not play in the UEFA Champions League, backup Marc-André Ter Stegen was in goal). Pretty impressive players to lead a team, huh?

Midfielder Arturo Vidal disappointed against Bravo and Barça during last week's UCL final, but has maintained a consistent presence in the midfield. He will be crucial in rounding out the pressuring 4-3-1-2 formation that Sampaoli has been using.

“We’ve been able to work on our planned tasks, we have brought the players who have played less to the same physical and footballing level as those who saw more action in the season, it’s all been positive."

That El Salvador match played out as expected, as La Roja casually and facilely dealt with the minimal disturbances brought about by La Selecta. The Copa America head-to-head matches will indubitably be tougher and less slipshod, but Chile should be up for the task.

The final Copa America squad was released a few weeks back, and no bolts from the blue (or red, again with the crappy puns) were divulged. The international roster is so reminiscent of the 2014 World Cup squad that well-nigh took down hosts Brazil in a Round of 16 knockout match that was decided by inches. After an offsides violation negated a Chile goal earlier in the match, La Roja left stunned after Gonzalo Jara's PK clanked off the inside post and out to send Brazil to the Round of 8. But Chile, no matter how flustered, had made their statement. La Roja meant business.

That same giant Chile will inevitably face one year later has it coming for them. Brazil showed weakness in an astonishing 7-1 conceding to Germany in the World Cup semifinal, and boy did that shut up the Little Canarinho.

Brazil and Colombia will breeze through Group C (against Peru and Venezuela), and Chile should be able to power past Mexico, Bolivia, and Ecuador to push to the knockout stages. Don’t forget that 2014 World Cup finalist Argentina have some beef too. Mario Götze broke the hearts of millions of Albiceleste fans with his late-game scorcher to win the cup for the German faithful.

The Argentines will be placed in Group B with Uruguay, Paraguay, and Jamaica. Uruguay is a perfectly safe bet to be the other nation to advance from that group. With Edinson Cavani and loads of other European club stars (not Luis Suarez, though, who is banned), Uruguay could actually prove to be a dangerous opponent for any of the powerhouses. Mexico too, as they nearly took down Arjen Robben and the Netherlands. Point is, the road to a Copa victory in 2015 is heavily guarded for any challenger that dares to venture down it.

What can change this time for La Roja? Maturity. Having healthy stars helps too.

Sánchez has taken on a bit of a leadership role for the other forwards and wingers playing for the Gunners. Bravo himself helped teach the Barça back line disciplined in their year of near perfection. And Vidal is back, and close to better than ever.

“Today, from the physical point of view, there’s a backbone to the team that is in very good shape,” said manager Sampaoli.

Vidal and Gary Medel didn't play with full fitness last season, and their energy and positive influence on the team was lost a bit against Brazil. Alexis told media that La Roja have an inferiority complex when playing bigger teams, and that Chile need players "with a winning mentality like Gary and Arturo" to help push past that. The Chileans hardly failed at achieving underdog supremacy, and now with a 100% fit and in tip-top shape, have a chance to be lethal to Brazil, Argentina, and whoever else get in their way.

The opening match for the exhausting Chilean squad is the first for the whole tournament, the setting being Estadio Nacional, Santiago, Chile's finest historic pitch. That day (Thursday, June 11) will mark the beginning of what is destined to be a historic Copa America for Chile and for all participants. To be fair, everyone has a shot at proving something. 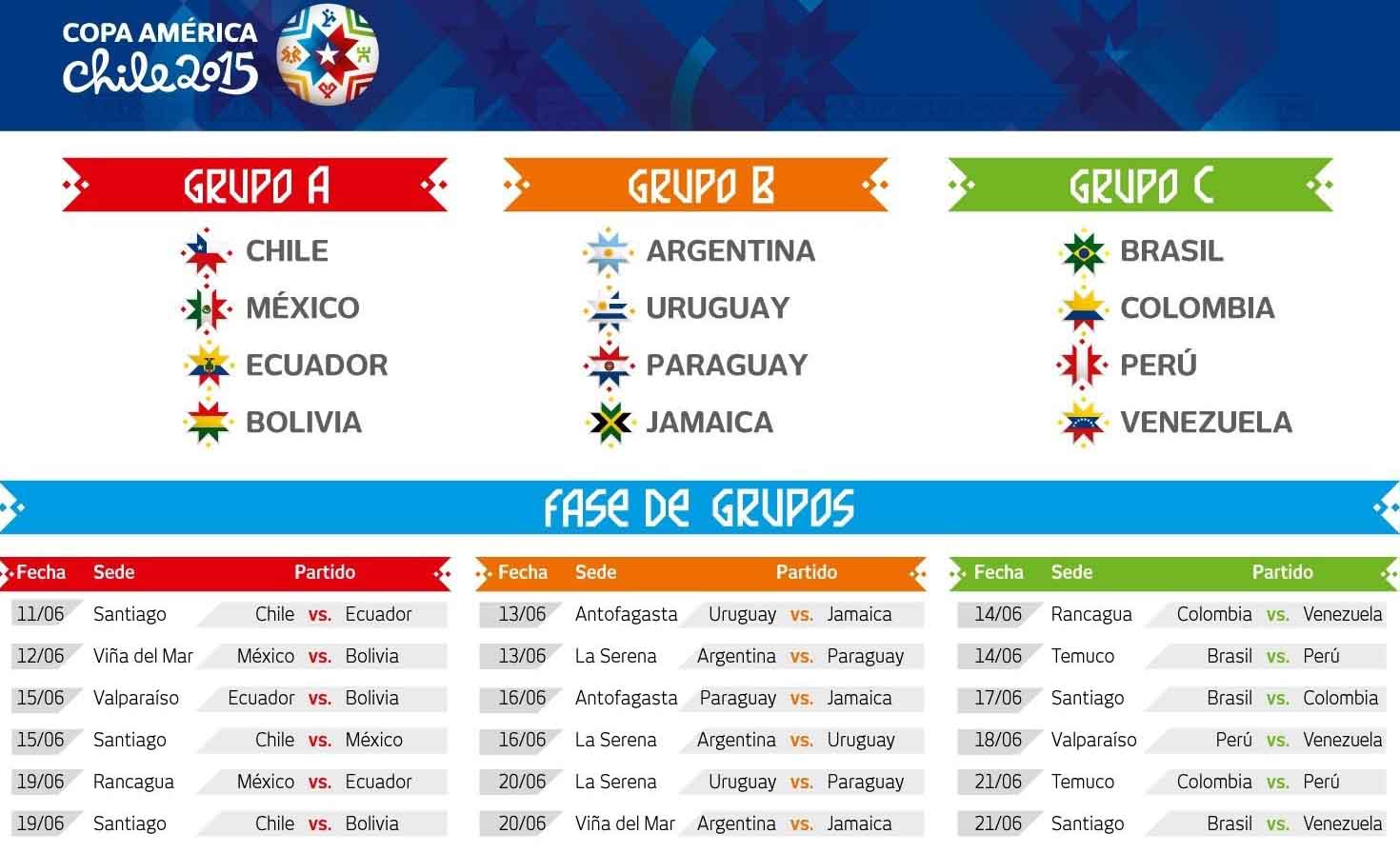