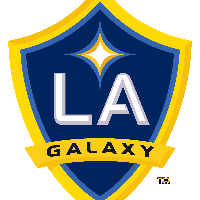 Ahead of the Copa America Centenario break, the Los Angeles Galaxy and Sporting Kansas City played to a 0-0 draw at the StubHub Center on Thursday night.

Chances come few and far between

To start the match, the Galaxy looked confident in possession. They built up play nicely and played quick, brisk passes. In the 11th minute, Robbie Rogers and Baggio Husidic down the right side of the flank. Rogers then played Jeff Larentowicz into space. Larentowicz tried to send a cross into the middle of the area. His cross though was blocked and got cleared to safety.

Six minutes after the half hour mark is when Sporting had their first opportunity of the night. Connor Hallisey did good work inside the box down near the byline. His attempt though was from an acute angle and the ball went wide of the far post. Rogers got involved in the action again two minutes later. The right-back controlled a pass with his chest before dancing through a couple of Kansas City defenders. His cross to the middle of the box got over hit just a tad as he missed the run of Giovani dos Santos.

With five minutes remaining in the half, Dom Dwyer had a go from about the same angle as Hallisey. The result was the same as the attempt trickled wide of the right post.

Jimmy Medranda had one of his best performances as a professional on Thursday night. He had a couple of opportunities come close off of set pieces that could have given his side the lead. The first one came in the 50th minute when he hit a volley from the top of the box straight into Brian Rowe's hands. 18 minutes later, Medranda hit another ferocious volley that stung the hands of Rowe. The Galaxy goalkeeper though was able to keep the rebound right in front of him.

In the 57th minute of the match, the Galaxy thought that they should have had a goal. Mike Magee chased a ball inside the area and tried to beat Tim Melia. The ball came loose and Sebastian Lletget placed his effort into the bottom right hand corner of the goal. However, the assistant referee had raised his flag for offside.

When the referee blew the whistle for the final time, the match ended 0-0 and the Galaxy had gotten their second shutout of the season. Brian Rowe had a good bounce back game and kept his side in it. He said afterwards, "“I was happy with the team; I was happy with defense fighting to get the clean sheet. It’s been a while for that. Little disappointing we weren’t able to get a win or any goals."

When action returns in a couple of week, the US Open Cup kicks off for Major League Soccer clubs. The Galaxy will play hosts to armature side La Maquina. Sporting Kansas City will head on the road to face NASL side Minnesota United FC.