The Timbers, however, defended their house pretty well. They emerged 2-1 winners and secured All The Things, most crucially a bye past the Wednesday/Thursday round of the playoffs this week. They will discover their playoff opponent after those games - the Timbers, by virtue of finishing first, will play the lowest remaining seed after Wednesday's games, with the first leg being on the road early next week and the second leg being Sunday, Nov. 5 at Providence Park.

Doing what should be done. The Timbers, throughout their history, have a less than stellar record at winning games they should win. With 2015 being the notable exception, when the Timbers have been faced with games where there are things at stake, they have a sort of iffy track record. The first leg of the 2013 Western Conference finals, the Cal FC US Open Cup game, and most recently, the game against Vancouver at the close of last season, when all the Timbers needed to do was win to gain a playoff spot and win the Cascadia Cup, and they, in spectacular fashion, did not.

But Sunday was an entirely different story, and a much stouter Timbers team. This wasn't the best game the Timbers have played all season, but they did enough to win, and they continued their streak of games in which they scored at least one goal to a team record 21.

Alvas Powell. as much as we call out when Powell has a headscratching moment, we have to acknowledge when he has a good game. Powell didn't do anything spectacular on Sunday, but he provided what the Timbers needed from him - solidity and presence at the back, and the occasional threat going forward. If the price of Alvas never scoring a goal again is more performances like this, I'm OK with that. 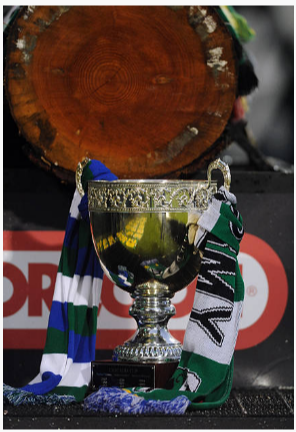 Physicality. Very early in the game, the Whitecaps tried to break Diego Valeri. Aly Ghazal went in hard on Valeri in the first minute, crashing into his foot and leaving Valeri crumpled on the pitch for a couple minutes, during which Providence Park got very, very quiet. Valeri was able to continue, but that set the tone for the rest of the match, in which Vancouver tried to be the physically dominant team, and the referee, in typical PRO fashion, basically let them.

Focus. The goal the Timbers gave up, a Kendall Waston header, should never have happened. It was a relatively straightforward free kick, but both Vytas and Larrys Mabiala lost Waston, who sank the soccer equivalent of a three-inch tap in par putt at that point to give the 'Caps the early lead. If the Timbers want to win MLS Cup again, moments like that have to be a rarity.

The Timbers are first seed in the West and they won the Cascadia Cup. It didn't even rain. There was no ugly to be had anywhere in Timbers territory yesterday.

Seattle Sounders vs Portland Timbers Preview: &nbsp;Battle in the Pacific Northwest 7 days ago