The Philadelphia Union won their opening match 2-0, a relatively cagey affair against a short-handed New England Revolution at Talen Energy Stadium, courtesy of goals from homegrown starlet Anthony Fontana and veteran striker CJ Sapong. Meanwhile, Columbus Crew is arguably the hottest or one of the hottest teams in MLS at the moment.

The Crew shocked the league with a comprehensive 2-0 victory over reigning champions Toronto FC in Toronto with goals coming from Federico Higuain and Gyasi Zardes and followed it up with a thrilling last-gasp 3-2 victory over the Montreal Impact with Higuain and Zardes again providing the goals.

Philadelphia is 8-11-1 all-time in MLS play versus Columbus having split the series last season with the Crew winning 1-0 in Columbus courtesy of a Justin Meram goal while Philadelphia emerged 3-0 victors four days later in Chester thanks to goals from Ilsinho, CJ Sapong, and Marcus Epps.

Philadelphia is relatively fortunate as far as injuries are concerned, with Borek Dockal recovered from an ankle injury and in line to make his debut, only Ilsinho (right hamstring strain) and Fafa Picault (suspension) will be missing.

Philadelphia's line-up should look largely the same as the one they put out against New England. Union coach, Jim Curtin said in his weekly press conference that Borek Dockal would play a part in the match but did not specify whether or not he would start.

Here's what the Union's lineup is likely to look like: 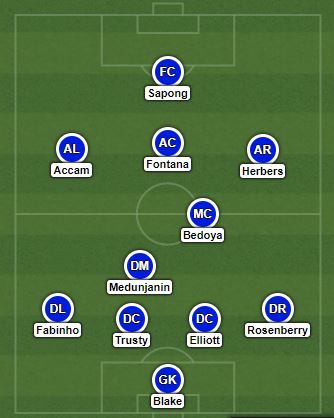 As for Columbus, they've remained consistent, fielding the same starting eleven in both of their previous matches. Barring a late injury here's what their lineup should look like: 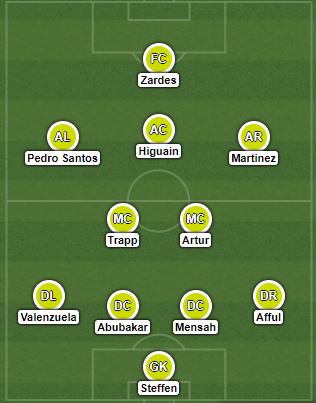 Columbus trading away their best players, poor attendance, and uncertainty about the future of the team have plagued the narrative around the Crew this season, but make no mistake, Saturday's game is going to be all about the soccer.

This fixture has never failed to excite, only one draw has ever occurred between the two sides and 62 goals have been scored in 20 all-time matches for an average of 3.1 goals a game.

As such, anticipate another thriller.

USA on the soccer field #12 - What are the expectations of the MLS for next seasons? 11 hours ago