NOR1
END21 hours ago

"No. No love for Columbus," were the words from Vancouver Whitecaps FC striker Kei Kamara just days, prior to his trip to face against the team that drafted him more than a decade ago.

The Whitecaps could be facing off against Columbus Crew SC for the final time, as the possible relocation to Austin, Texas still looms around the Black and Gold.

Both teams sit atop their respective conferences, with Columbus sharing the lead with New York City FC with 10 points, while Vancouver shares the lead with Sporting Kansas City with seven points.

Columbus is one of four undefeated teams in the league. A win against Vancouver improves them to 3-0-0 at home. Vancouver is looking to spoil Columbus' perfect season with a win, giving them four consecutive in Columbus.

Columbus is coming into this matchup after defeating a winless DC United by a 3-1 scoreline. Milton Valenzuela and Ricardo Clark recorded their first goals with the club, with Clark also making his debut in place for an absent Wil Trapp. Goalkeeper Jon Kempin also recorded his first win for Columbus on his debut as well.

Midfielder Federico Higuain became the first Crew SC player in history to join the elite 50-50 club. The 50-50 club is made up of players who have recorded 50 goals and 50 assists in their career.

Christian Martinez, Higuain and Valenzuela were named to the MLS Team Of The Week. Pedro Santos also scored his first goal for the club and was on the bench for the TOTW. Head Coach and Sporting Director Gregg Berhalter was the last member to join the TOTW. 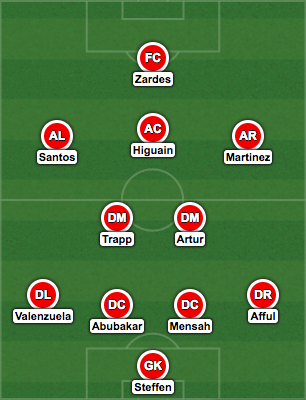 Last week the Whitecaps could not find a way to defeat a depleted LA Galaxy as both teams settled to a nil-nil draw at BC Place.

The Caps' did get some good news, after the MLS Disciplinary Committee rescinded defender Kendall Waston's red card, to make him available for this game. The Costa Rican captain missed the game last need due to international duty. 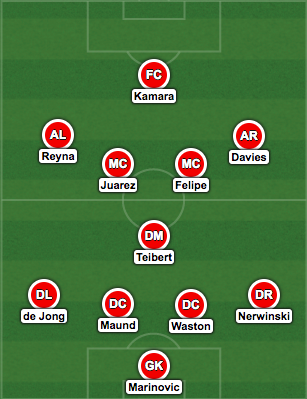 The all-time series leans in favor of Vancouver who has four wins and has scored 12 goals. Columbus has won twice and scored nine goals.

While at Columbus, Vancouver has three wins with six goals. Columbus sits at one win and three goals.

The last time these two teams met in Columbus, Vancouver won the game 3-1.

New York Red Bulls vs Nashville SC preview: How to watch, team news, predicted line-ups and ones to watch 20 hours ago

Opinion:&nbsp;Why the Chicago Fire should switch to a back three 7 days ago

Chicago Fire: Three reasons to have some optimism 13 days ago

Inter Miami FC was no match for D.C. United 18 days ago

Chicago Fire 0-1 CF Montréal: The Fire snatch defeat from the jaws of victory 20 days ago

Chicago Fire vs CF Montréal preview: How to watch, kick-off time, team news, predicted lineups, and ones to watch 21 days ago

Chicago Fire 1-0 Inter Miami: The Fire end their winless run a month ago
//