Three straight losses didn't seem to phase Columbus Crew SC one bit, as they are now unbeaten in three consecutive games, following a 0-0 draw on the road against the Seattle Sounders.

Meanwhile, the Philadelphia Union have lost three of their last four, with a most recent defeat coming from the hands of reigning MLS Cup champions Toronto FC.

The meeting between these two teams is the second of the season.

In their last outing, both squads played to a 0-0 draw at Talen Energy Stadium in Chester, Pennsylvania.

Coming into the matchup against the Union, Columbus' last outing at home saw the Black and Gold defeat the San Jose Earthquakes 2-1.

Head coach Gregg Berhalter decided to rest players such as Jonathan Mensah, Harrison Afful, Artur and Niko Hansen.  He instead started players such as Josh Williams, Hector Jimenez, Ricardo Clark and Cristian Martinez against the Sounders.

Berhalter had to make sudden changes early into the game after midfielder Pedro Santos was shown a red card for violent conduct.

"I'm proud of the guys. I think it was an outstanding effort. The way we organized, defended and stayed disciplined with the defending was excellent. Under difficult conditions, on turf, pretty warm, down a man, I think the guys did a great job." - Gregg Berhalter

Crew SC has lost just one of their last 12 home games, sitting at an impressive 8W-3D-1L record, including postseason. 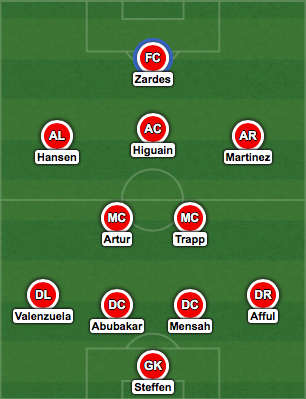 Sitting at a 2-4-2 record, Philly continued to struggle away from home, falling to 0-3-0 so far this season, and 15 in a row without a win. Their last win dates back to a 4-0 win over D.C. United almost a year ago.

The Union has two games away from home. Columbus, and then facing the Montreal Impact at Stade Saputo on the weekend.

"It's been a struggle on the road, it's no secret. But anytime the margins are tiny in this league you still need to get your chances, take opportunities on the road because no chances are fewer and farther between. It's still early but now we have some urgency to put on things." - Jim Curtain 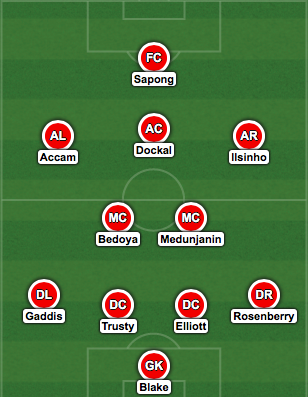 The Union has won five of the previous eight matches against the Black and Gold.

It's pretty forward who one would pick in this matchup, but the dark horse can also shock everyone. However, Columbus is one a roll, and will win the game 3-0.

Chicago Fire 2-1 D.C. United: Race for the Playoffs catches fire in the East 9 days ago