10:19 PM EST: Missed some stuff as I was away preparing for an interview. But Raheem Edwards is now with the Chicago Fire.

8:22 PM EST: REPORT: Montreal Impact have made an offer for to Argentine DM Franco Zuculini.

10:11 AM EST: *RUMOR* Argentine club Racing has made an alleged bid for Sebastian Blanco of the Portland Timbers. 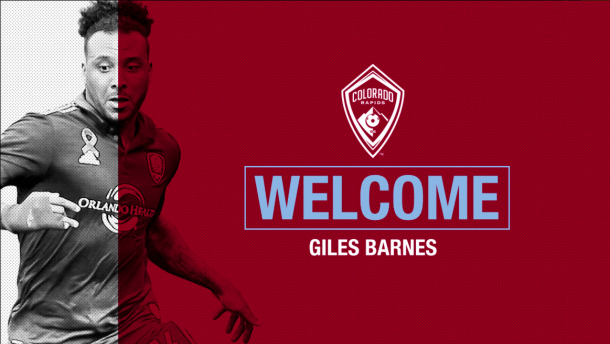 9:18 PM EST: Minnesota United back in the news as they have acquired Romario Ibarra. 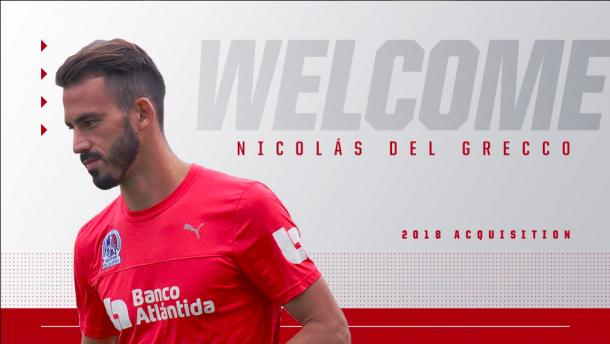 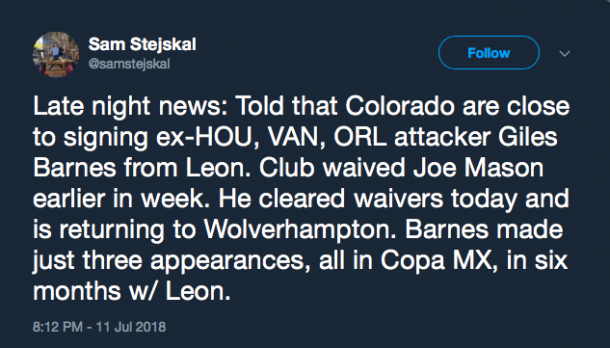 10:58 AM EST: Toronto FC midfielder Ager Aketxe has been sent on loan to Spanish Second Division side Cadiz FC.

9:18 AM EST: American attacker, and former Crew SC player Romain Gall is looking to head to the Colorado Rapids.

9:15 AM EST: Good morning! Day three of the MLS Transfer Window and two deals have been completed. What will today bring?

11:30 PM EST: It's safe to say that the deal today (Mullins to Columbus) was the only deal done today. Check in tomorrow for more MLS Transfer window deals! 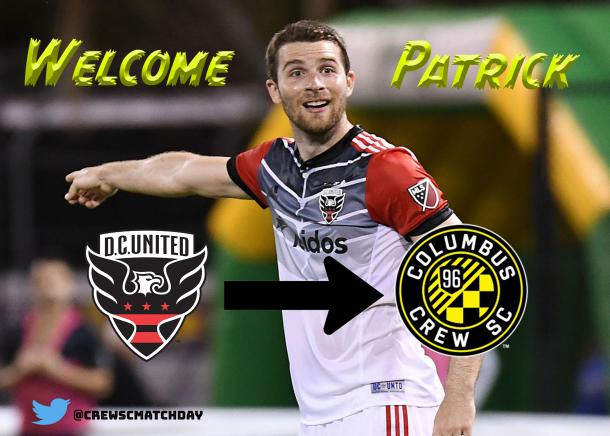 9:07: It's official! DC United have traded Patrick Mullins to Columbus in exchange for the reported $150k TAM.

1:22 PM EST: *RUMOR* According to DC United supporter group Barra Brava, Patrick Mullins has been traded to Columbus Crew SC in exchange for $150k in Targeted Allocation Money (TAM). Will confirm once announced.

Good morning! One deal was completed yesterday! Minnesota United have completed the signing of Angelo Rodriguez. Rodriguez is the clubs secon Designate Player in history.

7:50 PM EST: It's been pretty quiet on the forefront today. Not trades yet.

11:18 AM EST: All the players that were mentioned before have been added to their respecetive rosters.

11:17 AM EST: Hello! The Transfer Window is now OPEN! We can expect deals to be coming later today, but not much movement until a day or two later! Stay tuned to find out!

Peruvian forward Raul Ruidiaz will be donning the Forest Green of the Seattle Sounders as he was acquired on a transfer from Morelia.

Orlando City SC will be adding defenseman Shane O'Neill to their roster. He was acquired on a free transfer.

Newly expansion side LAFC have acquired forward Steeve Saint-Duc on a free transfer.

The other Texas team, Houston Dynamo, will be adding forward Ronaldo Peña to their roster.

In a deal that got done just a few days ago, FC Dallas have acquired defenseman Marquinhos Pedroso .

The big news, of course, is D.C. United have acquired Manchester United and Everton star Wayne Rooney. He too will be added to the roster when the window opens.

Atlanta United have added midfielder Eric Remedi. He will be added to the roster when the Transfer Window opens.

Hello and welcome to VAVEL USA's Live Tracker of the 2018 MLS Transfer Window. My name is Tyler Fisher and I will be guiding you through all hte wheeling and dealing being done in MLS. The transfer window opens July 10. So sit back, relax, and enjoy the show! All of the latest deals will be at the beginning of the article.

Orlando City SC vs LAFC preview: Black and Gold favorites to advance to semi-finals?9 days ago

Goals and Highlights: Philadelphia Union 1-0 New England Revolution in 2020 MLS is Back Tournament15 days ago

Goals and Highlights: Orlando City 1-0 Montreal Impact in 2020 MLS is Back Tournament15 days ago

Seattle Sounders vs LAFC MLS Is Back knockout preview: Can resolute Sounders hold on against Bradley's free-scoring LAFC?13 days ago

A Look at Orlando City's Road to the Final17 days ago
Restore your password
Please enter your user name or email.
Login Member or Writer Panel
Enjoy your own Customized Newspaperwith VAVEL topics' carousels!