Their road to the World Cup

Scotland booked their ticket after winning 2-1 against Albania. Kim Little and Jane Ross scored the goals that gave them the first place in their group and therefore, the possibility to play for the first time in a World Cup. The tournament was the 2019 FIFA Women's World Cup qualification organised by UEFA. This tournament gathered 35 teams which were divided into 7 groups and Scotland fell in the group 2 along with Switzerland, Poland, Belarus and Albany. The group was played in home-and-away round-robin format between September 2017 and 4 September 2018. The group winners qualified for the final tournament, while the runners-up advanced to the play-offs if they were one of the best runners-up among all seven groups.

The 23 chosen by Shelley Kerr

On may 15th, the Scotland federation named the 23 players chosen by coach Shelley Kerr to represent Scotland this summer in France.

Their group and expectations

Scotland shares group D aong with Japan, England and Argentina. Scotland will play "el clásico" in their debut against England on July 9th at the Allianz Riviera, at Nice. That match will be a good opportunity to see where they're standing and their possibilities to qualify for the Round of 16, given the fact that the ]Lionesses' are one of the favourites to win it all.

If we talk about Japan, they have always been at a higher level in this kind of tournament and therefore they will the toughest rival for them in the group. They will face Argentina in their last match, the team that most will say is the weakest in the group so Scotland shouldn't have any problem in getting three points in that match.

Everything points out to Scotland getting out of their group and heading to the round of 16. And if that happens will surely be for the talent they have in the team, among them Kim Little and Erin Cuthbert.

Kim Little: She's the engine of the team, the playmaker. She makes a killer duo along with forward Erin Cuthbert.  She was one of the top scorers in the tournament that gave them the ticket for France. She held the NWSL Top Scorer title for years with a record of 16 goals in the 2014 season with her team, Reign FC. The midfielder has continued her career in Arsenal W.F.C. this year, and she keeps amazing people with her game there, in England.

Erin Cuthbert: She was one of the top scorers in Group 2 of the 2019 FIFA Women's World Cup qualification. She's a very versatile and fast player. She's the youngest in the team (she's only 20 years old) but nonetheless she's already irreplaceable. She just doesn't score goals but can set the play for her teammates to do it. She can kick from long distance, scoring golazos from 30 yards of distance for club and country.

Jennifer Beattie: The defender plays for Manchester City and she's the best defender the team has. Along with Rachel Corsie they form a wall to avoid the entrance of opponents into the box. She's clever, precise in her passes and very effective in 1v1 situations.

Rachel Corsie: The captain of this team, she pairs up pretty well withe Beattie and don't let anyone pass to the box. She has been in the team for 10 years and has more than 100 caps with Scotland. Nowadays she plays for Utah Royals although she has a lot of clubs in her curriculum.

It's important to say that Scotland has won more than a ticket to the World Cup. They have won their people's support. Their nation recognises them and are creating an important fan base there. For example, they gathered a big crowd of 18.555 to watch them play Jamaica in their send-off and even the men's side wants to copy their success. And the new men's coach has told Kerr how much he would love to imitate her and her success with the women's team. So, Scotland is ready to take their game at the next level and we'll definitely be a team to keep an eye on.

The Warm Down: Pineda and Wicky steal the headlines in Orlando44 minutes ago

Goals and Highlights: Los Angeles Galaxy 1-2 Portland Timbers in MLS is Back Tournament 16 hours ago 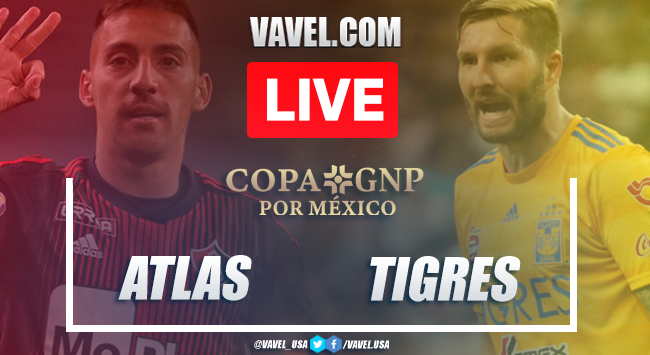 Goals and Highlights: Chivas 3-1 Mazatlán FC in 2020 Friendly3 days ago

Goals and Highlights: Chivas 0-2 Tigres in 2020 Friendly 6 days ago