Re-watch how Arsenal scored three times and the game highlights.
4:12 AM2 years ago

It's over. Arsenal defeats Colorado Rapids with a good performance.
2:06 AM2 years ago

The game starts in Colorado!
2:00 AM2 years ago

This is about to start. The American national anthem is being performed by local artist followed by UK's anthem.
1:55 AM2 years ago
Tweets by Arsenal
1:50 AM2 years ago

Brazilian youngster Gabriel Martinelli will start today for the first time. The Gunners' signing caught everyone off guard as he is only 18 years old.

Making his first appearance for The Arsenal tonight...

1:41 AM2 years ago
Arsenal will be wearing the new Adidas home kit for the first time tonight. 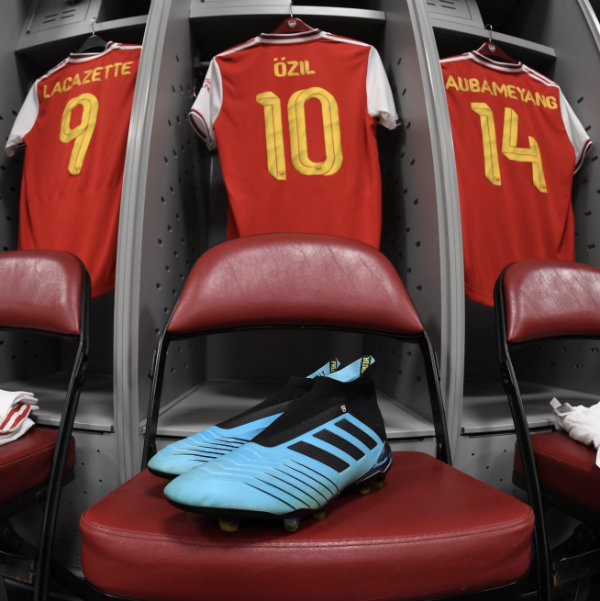 Here it is, our XI to face @Arsenal!#Rapids96 | #Arsenal pic.twitter.com/BziGKDjEfj

Macey, Jenkinson, Chambers, Medley, Thompson, Olayinka, Burton, Martinelli, John-Jules, Saka and Nketiah.
1:26 AM2 years ago
Line-ups are confirmed. Let's go see those starting elevens for today.
7:27 PM2 years ago
We are thirty minutes away from the kick-off! This live coverage starts!
6:32 PM2 years ago

Players are about to come out from the lockers. Colorado is getting ready for the respective national anthems.

🤳 A picture this fan won't forget in a hurry!

Before the first game of #ArsenalinUSA, Granit Xhaka's been meeting some of our supporters 🙌 pic.twitter.com/XTX4yFX24R

5:10 PM2 years ago
Do not miss a detail of the match with the live updates and commentaries of VAVEL. Follow along with us all the details, commentaries, analysis and lineups for this Arsenal vs Colorado Rapids game.
4:18 PM2 years ago

A chance to see Gabriel Martinelli

As is stands, Gabriel Martinelli is the only confirmed signing for Arsenal thus far, the Brazilian joined from Campeonato Paulista side Ituano. Not much is known about the 18-year-old, but after being given a first team squad number he is expected to play a part in the upcoming season. Martinelli was highly recommended by recently appointed technical director and former player Edu. A strong showing from the youngster could go some way to convincing Gunners fans that Edu has an eye for talent and may well be a crucial member of Arsenal’s recruitment department.
4:17 PM2 years ago

Arsenal could field a significantly youthful team in what is the first game of their pre-season tour in the USA. The likes of Reiss Nelson, Joe Willock and Emile Smith Rowe have all officially been promoted to the first team and if given the chance, will be eager to impress. The aforementioned academy graduates could follow a similar path to that of Matteo Guendouzi. The Frenchman was signed as a teenager from FC Lorient last summer, and having impressed on Arsenal’s pre-season tour in China, was trusted with a first team role and featured heavily throughout last season. With the lack of additions to the squad during the current transfer market, the Arsenal faithful will be keen to see how the youngsters perform against high-level opposition.
4:12 PM2 years ago

In what is one of football’s worst kept secrets, Arsenal are set to unveil their new ‘bruised banana’ away kit. The design is said to be a throw back to the legendary 1990/91 away jersey, the season where Arsenal were crowned league champions. During Arsenal’s five year stint with Puma, some of the kits garnered a mixed reception, leading to some sections of support longing for a return to the days when Arsenal were sponsored by Adidas and more recently Nike. The north Londoners’ home kit for the 2019/20 season has proved a big hit, and it is expected that the away kit will also go down well, with the nostalgic element reminding supporters of more successful times.
4:12 PM2 years ago

Welcome to VAVEL.com’s LIVE coverage of this 2019 Friendly game: Arsenal vs Colorado Rapids! My name is TJ Wedderburn and I’ll be your host for this game. We will provide you with pre-game analysis, roster updates, and news as it happens live here on VAVEL. Arsenal's tour of the USA begins in Denver, with a friendly clash against Colorado Rapids.