On Friday night at 7:00 p.m. ET, the Houston Dash will host Reign FC in a battle between teams trying to remain relevant in the playoff picture. Houston moved past Utah Royals FC last weekend thanks to their win over Sky Blue FC, but they are still sitting in sixth place with the most games played. Reign FC are currently in fifth place, but they are struggling to field a cohesive roster thanks to a multitude of injuries.

Reign FC are working to find a new identity

A big part of the Reign's struggles this season have come due to injuries. Last weekend, 11 Reign players were out due to injury, far and away the most in the league. At each turn, head coach Vlatko Andonovski has worked hard to add new players capable of filling the gaps left by injured players, but his team has reached a breaking point. Allie Long and Megan Rapinoe are away with the United States Women's National Team for their Victory Tour after winning the 2019  FIFA Women's World Cup. A multitude of other players, including star midfielder Jess Fishlock are out for the season with lengthy injuries. Despite these struggles, the team has persevered to the best of their ability. 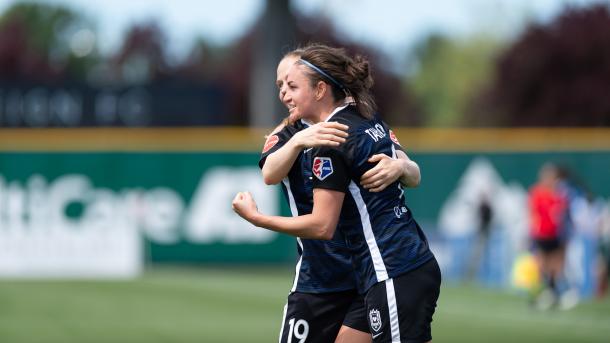 Rookie attacker Bethany Balcer has been one of the hottest players for the Reign this season. She has played with the confidence of someone who has been in the league for many years, and that confidence has provided a spark for an otherwise struggling offense. Defensively, the back  line has been mostly spared from injury, but the goalkeeping position has been hit hard. Starting goalkeeper Lydia Williams and backup goalkeeper Michelle Betos has both suffered serious injuries. Luckily, Vlatko Andonovski was able to secure the services of goalkeeper Casey Murphy, who had been playing in France. She has been an exceptional replacement given the injury concerns, and her talents have helped the Reign stay competitive through the season.

Houston is still missing something

The Houston Dash started out the season in impressive fashion.  After four games they led the league and seemed to be on a path to their first playoff berth in team history. Then the World Cup came. English international Rachel Daly and Canadian international Nichelle Prince has been highlighting the offense, but without them the team fell flat. They went eight games without a win until they finally beat Sky Blue FC last weekend.

Rachel Daly picked up right where she left off, energizing the offensive and giving the team an identity. Unfortunately for Houston, Prince suffered a knee injury at the World Cup and is out indefinitely. Without her, Daly has to create the whole Houston offense on her own, and while she has the ability to elevate Sofia Huerta and Kristie Mewis, that isn't enough against top-level competition. This match is going to be important if the Dash are going to earn a spot in a playoffs.

The game kicks of at 7:00 p.m. ET at BBVA Compass Stadium in Houston, Texas. Fans in the United States can watch on Yahoo! Sports on their smart TV, online, or on their phone. International fans can watch on NWSLsoccer.com.

Emily Sonnett and Caitlin Foord sign with Orlando Pride to play NWSL in 2020 a year ago
Restore your password
Please enter your user name or email.
Login Member or Writer Panel
Enjoy your own Customized Newspaperwith VAVEL topics' carousels!