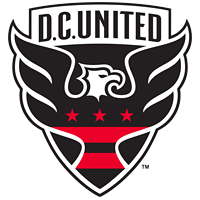 8:59 PMa year ago
The almost goal of the victory

Puebla debuted as a 15-year-old youth player and came close to scoring the goal of the difference.

84' | Pedroso delivers a fantastic cross and @RussellCanouse meets it with a powerful header. Trujillo extends to make the save. 1-1 late in the second. #DCU | #DCvPUE — D.C. United Matchday (@DCUmatchday) September 5, 2019

The final minutes are played and the game remains tied 1-1.
8:42 PMa year ago

Goooooooooal of Puebla. Ties it in a corner kick.
8:26 PMa year ago

Alustiza's distant shot that goes way above the goal.
8:16 PMa year ago

Actions remain 1-0, although the locals have already suffered two cautions: Acosta and Castañeda
8:11 PMa year ago
The second time starts

8:10 PMa year ago
It should be noted that DC united took the lead from minute 4 with a goal from Amariwka.

It is half-time here at Audi Field. The live streaming will be resumed when the second half begins.
7:11 PMa year ago

We are underway here at the Audi Field. Game starts NOW!
7:07 PMa year ago
This is about to start! Stay tuned.
7:03 PMa year ago
Both teams go out to the pitch for the presentation protocol and fair play.
7:00 PMa year ago
Amazing lighting intro prior to the game's kick-off.

6:58 PMa year ago
The entrance tonight is being very poor. This is what the Audi Field looks like at field level.
6:55 PMa year ago

Wayne Rooney's DC United team are fourth in the MLS Eastern Conference and are on their way to qualifying for the play-offs.
9:43 AMa year ago

After two managed matches achieving a victory (2-1 vs FC Juarez) and a draw (1-1 vs Queretaro) in less than a week, finally Puebla head coach Juan Reynoso will have several days of work.
9:43 AMa year ago
Due to the break of the Liga MX and MLS due to the FIFA Date in September, both teams agreed to play a friendly match in DC.
9:42 AMa year ago
The DC United vs Puebla match will be played at the Audi Field, in Washington DC. The kick-off is scheduled at 8pm ET.
9:36 AMa year ago
Welcome to VAVEL.com’s LIVE coverage of the 2019 friendly match: DC United vs Puebla!