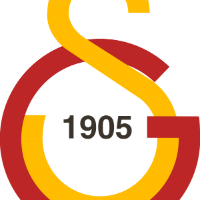 Real Madrid gets the victory after a Tony Kroos goal.
The Merengues achieved the first victory in this Champions League Edition.
3:52 PMa year ago

These remaining 4 minutes will be a nightmare for Real Madrid.
3:44 PMa year ago

What a miss! Feghouli had a clean header off a perfect cross.
3:42 PMa year ago

Rodrygo fell to the ground. The Brazilian attacker can’t keep going because of cramps.
3:34 PMa year ago

Hazard one on one preferred to assist Benzema, who didn’t control the ball correctly.
3:32 PMa year ago

Missed chance by Carvajal. The right back couldn’t cross after a 30-yard sprint.
3:28 PMa year ago

Nzonzi sees the yellow card for a late challenge on Casemiro.
3:26 PMa year ago

Ömerbayran will be replacing Belhanda
3:25 PMa year ago

Hazard makes a great run through the middle of the box and is found by a Benzama's pass.

With no keeper, he strikes it and hits the bar!

Carvajal finds a rebound after a corner kick. His strike is straight at Muslera's position who picks it up without giving a rebound.
3:19 PMa year ago

Hazard once more shoots to the near post and Muslera saves it!
3:18 PMa year ago

Kroos was through on ball, but Mariano makes a good shoulder-to-shoulder contact to dispossess the German man.
3:17 PMa year ago

Mariano sends a low cross looking for Seri. Ramos sends it to corner kick before the ball reaches its intended target.
3:14 PMa year ago

Benzema manages to put himself in fron of the keeper, however Luyindama is able to disturb as he shoots.

Muslera sends it to corner kick.

Cross from Nagatomo is barely cleared by Kross.
3:06 PMa year ago

Yellow card for Seri for a strong challenge on Casemiro.
3:05 PMa year ago

Feghouli will replace Donk for the second half.
3:05 PMa year ago

The last 45 minutes of the match are now being played!
2:49 PMa year ago

We go to the break with advantage for Real Madrid.

They Spanish team has been able to neutralize Galatasaray and in the few chances that the turkish side has had, Curtois has responded well.

One minute of added time for this first half.
2:45 PMa year ago

Benzema attempts from long distance, but his shot fails to find the target.
2:42 PMa year ago

Benzema strikes it from just outside the box. The ball is inches above the bar.
2:40 PMa year ago

Babel makes a good run down the wing and sends an even better cross!

Behlanda strikes with his right and Curtois once more makes an amazing save!

Sequence of rebounds inside Real Madrid's box. The ball is cleared by Marcelo before Belhanda could make the goal.
2:34 PMa year ago

Real Madrid is in control of the match. The home team is really struggling to get any offense going.
2:30 PMa year ago

Hazard gets inside the box and looks for goal. His shot is stopped by Muslera.
2:27 PMa year ago

Interesting cross from Rodrygo looking for Benzema. Muslera is able to stop it before it reaches its target.
2:24 PMa year ago

Hazard recovers the ball in Galatasaray's own half.

After a few back and forward passes with Benzema, he assists Kroos who finishes it to the top corner.

Hazard now finds Benzema. The frenchman attempts to finesse it to the near post, but Muslera is there to block it.
2:16 PMa year ago

Benzema sends a through ball for Rodrygo. The strike is contained at the near post by Muslera.
2:14 PMa year ago

Long through ball for Babel. The dutch man was free to go one-one-one with the keeper, but his control is inadequate.
2:12 PMa year ago

Andone once more puts Curtois to test and the keeper responds well again!
2:12 PMa year ago

Andone finds himself one-on-one with Curtois. The keeper makes a great save!
2:07 PMa year ago

Rodrygo finds Casemiro just outside the box. The defensive midfielder strikes it above the bar.
2:03 PMa year ago

Rodrygo sends a good cross for Hazard, but #7 is unable to put it away.

We're underway in this Matchday 3 fixture!
1:58 PMa year ago

The UEFA Champions League anthem plays as both teams step onto the pitch!

We're just seconds away from Galatasaray vs Real Madrid!

Everything ready at Istanbul!

We're ten minutes away from kick-off in this UEFA Champions League match!

1:39 PMa year ago
The rest of Galatasaray's team is now on the pitch getting ready for this huge fixture against Real Madrid.

1:35 PMa year ago
The teams had also met in the 2012/13 quarter-finals, with Benzema scoring in a 3-0 win for Madrid in the home first leg. The Spanish side held on to progress to th next round despite a 3-2 second-leg defeat in Istanbul.
1:25 PMa year ago

🧤 Our keepers are on the field for warm-up! #GSvRM #UCL pic.twitter.com/aBcokchl9D

Galatasaray not doing will in Europe

Galatasaray's only win in their last 17 European fixtures was against Lokomotiv in last year's UEFA Champions League group stage.
1:14 PMa year ago

'Los Merengues' have arrived at the stadium!

1:10 PMa year ago
Galatasaray have lost their last four games against Spanish sides, while Real Madrid have won four of their last five matches with Turkish opponents.
1:04 PMa year ago

Their most recent meeting in Istanbul

Madrid won 6-1 in its last away meeting against Galatasaray in 2014.

That night, Cristiano Ronaldo had a hat-trick, Karim Benzema scored twice and Isco also made a goal.

For the turkish side, it was Umut Bulut who netted the ball.

Group A standings before Matchday 3

Galatasaray will wear their traditional yellow and red kit, while Real Madrid's all-white uniform will be the one used tonight.
12:29 PMa year ago

Galatasaray is also set for action!

The home team's locker room is also set to recieve the Galatasaray players!

Real Madrid's equipment and locker room at Türk Telekom Arena prior to this crucial match against Galatasaray.

A look at today's venue!

How to watch Galatasaray vs Real Madrid Live TV and Stream

f you want to watch the game on TV, your options are: UniMas and  TUDN USA.

Mario Lemina won't be able to play, while the participation of Colombian superstar, Radamel Falcao, is still questionable.
11:25 PMa year ago

Zidane won't be able to count on Luka Modric, Gareth Bale, Lucas Vazquez and Nacho as they're sidelined due to injury.

Fatih Terim's squad is ready to host Real Madrid in very hostile enviroment. Their home ground is sometimes referred as "Hell of Instanbul" due to how uncomfortable visiting teams are made by the supporters.

Countdown to the big face-off against Real Madrid goes 🔛

With some smiling faces and a lot of hard work! 💪 pic.twitter.com/lOddEUIqvW

Real Madrid is in serious trouble

Zidane's squad is bottom of Group A of this UEFA Champions League.  The team with the most titles in this competetion might be close to an elimination if they're  unable to win at Istanbul.

The french legend knows that the match will be crucial and hopes that his men will respond.

🎙️🗨️ #Zidane: "We've got a chance tomorrow to prove ourselves and that's what we are going to try and do." #RMUCL | #HalaMadrid pic.twitter.com/MQcKHPTDWg

The Galatasaray vs Real Madrid match will be played at the Türk Telekom Stadium in Istanbul, Turkey. The kick-off is scheduled at 3:00pm ET.
11:08 PMa year ago
Welcome to VAVEL.com’s LIVE coverage of the 2019 Competition match: Galatasaray vs Real Madrid! My name is Juan Pablo Rodríguez and I’ll be your host for this game. We will provide you with pre-game analysis, roster updates, and news as it happens live here on VAVEL.

Diego Maradona passes away 16 hours ago

Sporting Kansas City 3-3 San Jose Earthquakes (3-0 on penalties): Melia the hero as Sporting through 3 days ago