4:50 PMa year ago
Thanks for following the game with VAVEL , until next time.
4:44 PMa year ago

Juventus take the win and are 1st place in Seria A
4:39 PMa year ago

Dybala close to scoring his second goal but Donnarumma saves his goal
4:36 PMa year ago

Milan looking for the equalizer but Juventus' defense manages to keep their goal in 0
4:30 PMa year ago

Calhanoglu takes a shot from outside of the box that Szczesny controls once again
4:24 PMa year ago

Dybala scores with a crossed low shot
4:20 PMa year ago

Calhanoglu takes a free kick but Szczesny saves his goal
4:14 PMa year ago

Matiudi takes a shot that goes over the bar.
4:06 PMa year ago

3:59 PMa year ago
Matiudi takes a strike that goes just on the side of the goal
3:56 PMa year ago

It´s Half time! It has been an intense first half, with both squads looking to have the possession of the ball, prioritizing their defensive work and attacking more and more as minutes passed by
3:33 PMa year ago

Szczesny makes two consecutive saves to keep  his goal unbeaten
3:30 PMa year ago
Ronaldo tries a shot just outside de box but it goes directly to the keeper's hands
3:27 PMa year ago

Both teams fight for the possession of the ball in mid section
3:16 PMa year ago

Strike by Bernardeschi that goes over the bar
3:11 PMa year ago

Geat colletive play by Milan that ends up with a header that is sent to corner kick by the keeper
3:09 PMa year ago

Both teams looking to have the possession of the ball and to atack in an organized way
3:03 PMa year ago

Piotek hits a header that goes just beside the goal
3:01 PMa year ago

Fist shot of the match is made by Higuaín but it's saved by the keeper.
2:56 PMa year ago

Juventus has had more ball possession in the match, but we've had no clear chances for either team yet.
2:52 PMa year ago

Both teams trying to impose their conditions in the first minutes of the game
2:44 PMa year ago

Both squads are on the field and the match is all set to start!
2:39 PMa year ago

Milan also warms up for the match!

Juventus come out to the pitch for their precompetitive exercises.

Milan have arrived to the Juventus Stadium

The lads have arrived at the Allianz Stadium 🏟 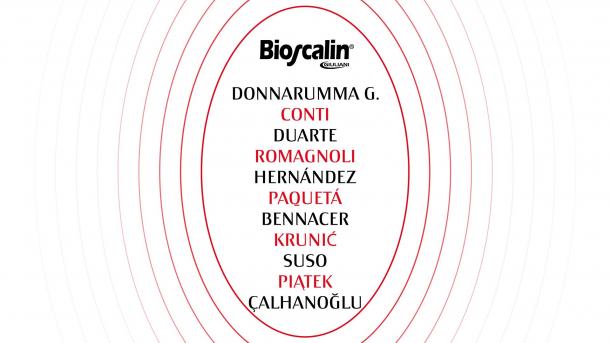 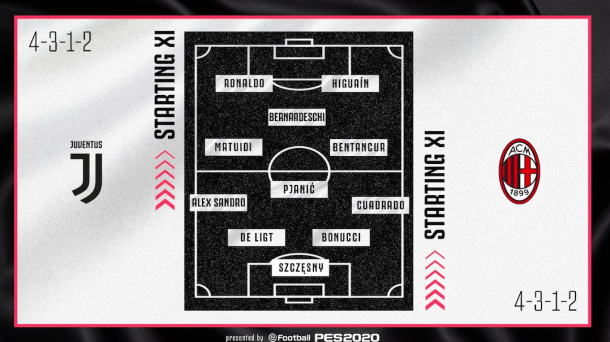 Juventus arrive to the stadium!

6:51 PMa year ago
Do not miss a detail of the match with the live updates and commentaries of VAVEL. Follow along with us all the details, commentaries, analysis and lineups for this Juventus vs Milan match.

How to watch Juventus vs Milan Live TV and Stream

If you want to watch the game on TV, your options are: Rai Italia America

If you want to directly stream it: ESPN+

After Milan's bad start of the season it seems like they are anxiously waiting for the transfer window to open to seek for new solutions to revert their situation.
7:00 PMa year ago

Juventus' last match was for the UEFA Champions League against Lokomotiv Moscow. It was an intense match in which Juventus was not necessarily the best team in the pitch, but still managed to come up with a the win. Cristiano Ronaldo was substituted during the midweek game due to a knee pain, but is available to face Milan.
5:42 PMa year ago

It has been a tough start of the season for AC Milan, with only two wins in the last five games, they will go into Juventus Stadium looking to perform in a better way than what they've done so far.
5:29 PMa year ago

Juventus looking to stay on top of Seria A

It has been a fierce battle throughout the season for the first place of Seria A  between Juventus and Inter.

Juventus will host AC Milan looking to recover the lead in the Serie A table, and to keep their start of the season undefeated streak.

The Juventus vs AC Milan match will be played at the Juventus Stadium, in Turin, Italy. The kick-off is scheduled at 2:45pm ET.

5:06 PMa year ago
Welcome to VAVEL.com’s LIVE coverage of the 2019 Serie A match: Juventus vs AC Milan!

My name is Juan Pablo Rodríguez  and I’ll be your host for this game. We will provide you with pre-game analysis, roster updates, and news as it happens live here on VAVEL.