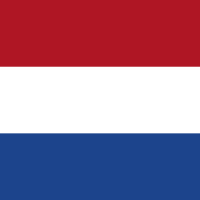 The penalty kicks and Mexico going to final

The goal of Netherlands 0-1

Watch again the penalty kick that is worth one more World Cup final.

4:40 PMa year ago
This is how Netherlands missed the penalty kick.

4:39 PMa year ago
Mexico is for the third time in its history in a U17 World Cup! Astonishing performance by goalkeeper Garcia from Chivas.
4:36 PMa year ago

Reegee misses his penalty! García takes Mexico to the final!
4:35 PMa year ago

Guzmán puts Mexico back in the lead.
4:35 PMa year ago

García stops the penalty from Braaf.
4:31 PMa year ago

Pizzuto scores his penalty! Mexico on the lead!
4:30 PMa year ago

Unuvar puts the Netherlands back on the lead.
4:28 PMa year ago

Muñóz finishes it to the bottom low corner.
4:27 PMa year ago

Maatsen scores and puts the Netherlands in front.
4:26 PMa year ago

Álvarez chips it and the keeper stops it.
4:21 PMa year ago

End of Second Half | Mexico 1-1 Netherlands

The kicks from the spot will determine the first finalist of the 2019 FIFA U17 World Cup.
4:19 PMa year ago

Two minutes of added time for the second half.
4:16 PMa year ago

González attempts another shot, but it's wide.
4:15 PMa year ago

Good shot by a player in orange, but the ball is blocked before it reaches the goal.
4:12 PMa year ago

Braaf with another shot but it's too high!
4:11 PMa year ago

Double header inside the box, but Raatsie is there to save the Dutch team!
4:07 PMa year ago

Efraín Álvarez takes a free-kick and places it on the top-right corner!
4:06 PMa year ago

Álvarez's cross is unable to be pushed in by a teammate!
4:04 PMa year ago

Bogarde runs down the wing, gets into the box and sends a low cross. The ball hits Reeger and goes in.
4:02 PMa year ago

Luna is replaced by Álvarez
4:01 PMa year ago

Hansen leaves Braaf alone in front of the keeper. He tries to finish with a chip, but it's above the bar.
3:59 PMa year ago

On a rebound, Gómez strikes the ball well over the bar.
3:55 PMa year ago

The Dutch are close tos scoring again! Unuvar crosses but Braaf is unable to find the ball.
3:53 PMa year ago

Maatsen strikes and García just able to get a foot on it to stop the ball from going in.
3:52 PMa year ago

Maatsen with a good cross and y Reeger's strike hits the bar!
3:50 PMa year ago

Good run from Pizzuto. He attempts a through ball for González, but the ball ends up behind its intented target.
3:45 PMa year ago

The Netherlands start a counter attack that ends up in a good cross. Regeer is clear inside the box, but sends it over the bar!
3:41 PMa year ago

Maatsen crosses from a free-kick looking for Braaf, but Lara is there to clear the ball.
3:38 PMa year ago

Bogarde strikes but García is there to stop it.
3:34 PMa year ago

We're underway with the last 45 minutes of the match.
3:34 PMa year ago

El-Mesmari is replaced by Joel Gómez.
3:19 PMa year ago

Two very evenly matched teams during the first half. We go to the break with a draw on the scoreboard.
3:16 PMa year ago

Mexico has been able to reduce the Dutch pressure with long possessions.
3:10 PMa year ago

Taabouni lays the ball off for Braaf inside the box, but his finish is bad.
3:09 PMa year ago

Interesting cross from Martínez looking for Muñóz, but it's just a bit too long.
3:04 PMa year ago

Low-cross looking for Braaf. He attemps the heel kick to finish it, but fails to connect.
3:00 PMa year ago

Braaf shoots and García stops but doesn't hold onto the ball. On the rebound, García tries to recapture the ball as Unuvar heads it in. The ref signals a foul and the goal won't count.
2:55 PMa year ago

Gómez takes the free-kick over the bar.
2:54 PMa year ago

Luna was through on goal, but is stopped by a foul. We'll have free-kick for México just outside the box.
2:51 PMa year ago

Shot by Luna contained by Raatsie.
2:51 PMa year ago

Good cross from González. Before Muñoz gets there, Raatsie rushes to the ball and blocks it.
2:49 PMa year ago

An injured Ruíz leaves his place for Lara.
2:48 PMa year ago

Graaf heads to the near post and García dives to save it.
2:46 PMa year ago

The orange team begins to play in Mexico's half and attempting to generate footbal through the middle.
2:44 PMa year ago

Another cross from the left is cleared by the Dutch defense before the Mexican attackers could get to it.
2:43 PMa year ago

El-Mesmari attempts a cross from the left, but Raatsie catches it with ease.
2:43 PMa year ago

Free-kick taken by Mexico. Pizzuto attempts a header, but the ball is wide.
2:34 PMa year ago

First few minutes of the match with both teams struggling for possession.
2:30 PMa year ago

This semifinal match between Mexico and the Netherlands is underway!
2:30 PMa year ago

All set for the start!

The national anthems of both nations play in the pre-match ceremony and we're ready for kick-off!
2:27 PMa year ago
Dutch player Kenneth Taylor appears to be out of the match due to illness.
2:27 PMa year ago
A look at this U17 World Cup bracket 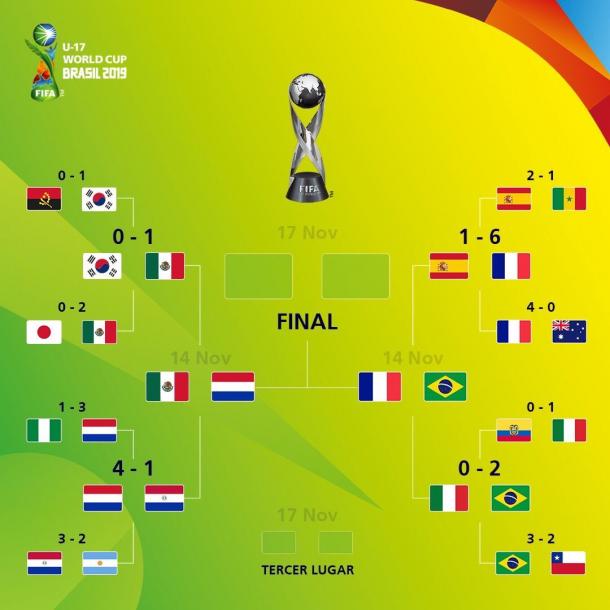 Both teams are now doing their pre-match workout on Estadio Bezerrão's pitch.

We're thirty minutes away from kick-off!

Most recent match Mexico vs Netherlands

Less than two months ago, Mexico and Netherlands faced each other in dutch territory.

The Mexicans came out on top with a 2-1 scoreline.

This will be the third time México and the Netherlands will face each other in the U17 World Cup.

In both ocassions, "El Tri" came out on top and then went on to become world champions.

We're ready to bring you all the details prior to this match between Mexico and the Netherlands for a spot in the final of the 2019 FIFA U17 World Cup!
2:24 PMa year ago

Guillermo Guerrero from Ecuador will be today's referee.He will be assisted by Juan Carlos Macías and Ricardon Barren on the sidelines.

Guillermo Guerrero from Ecuador will be today's referee.

He will be assisted by Juan Carlos Macías and Ricardon Barren on the sidelines.

How to watch Mexico vs Netherlands Live TV and Stream

If you want to watch the game on TV, your options are Telemundo and Fox Sports 2.

He's none other than the competition's top-scorer at the moment.

The young international is a product of Ajax's youth academy and a very promising propect. He's won an important amount of minutes in domestic championships as well as in the UEFA Youth League.

Can he score yet another goal to increase his tally and send his team to the final? 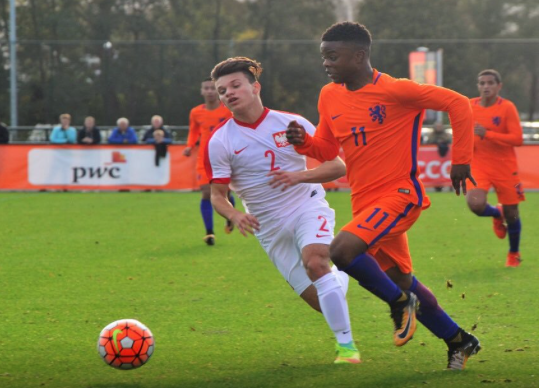 The Mexican-American jewel is one Mexico's most important men in offense.

At 17 years of age, Álvarez  already has top-flight football minutes under his belt, being LA Galaxy's youngest first team players and a promising prospect for the future.

A player with good technique and a fast decision-maker, he'll be crucial if Mexico hopes to reach the final. 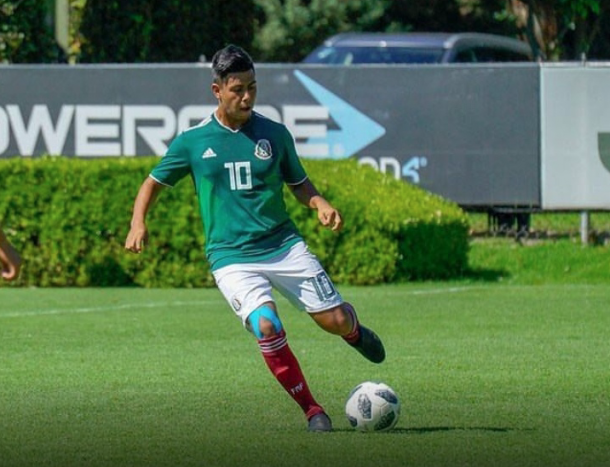 The orange side also struggled quite a bit during their opening matches in this tournament. Japan put on quite an exhibition to defeat them by 3-0 and Senegal was also able to go over them by a 3-1 margin.

After that, it's being an impressive three match run with convicing wins over the USA, Nigeria and Paraguay.

Mexico did not have a strong start to this World Cup with a draw against Paraguay and losing to Italy in the group stage.

In the Round of 16, they defeated Japan in very convincing fashion, while their quarter final match Korea was well solved.

Netherlands looking for their first U17 champinship game

The Dutch team has not had an important presence in this type of tournament.

This is only their fourth appeareance in a U17 World Cup, with their best result coming in 2005 when they reached the third place.

Overcoming Mexico in this tie would give them their most important historic position.

Mexico looking for their 4th U17 World Cup Final

The Mexicans have proved during the last 15 years that their U17 squad is one to be reckoned with at the category's World Cup.

Since 2005, "El Tri" has been involved in three finals out of the 7 played in said period. A win over the Netherlands today would mean Mexico's presence in 50% of finals since the tournament was held in Peru.

My name Juan Pablo Rodríguez and I’ll be your host for this game. We will provide you with pre-game analysis, roster updates, and news as it happens live here on VAVEL.