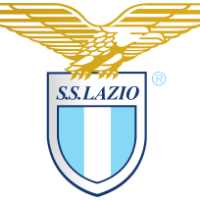 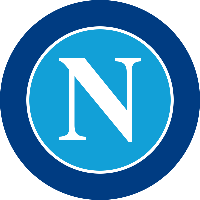 1:55 PMa year ago
We thank you for joining VAVEL for this match! Until next time!
1:53 PMa year ago

Lazio wins its tenth consecutive match and is, at this time, only three points away from the leaders of the table.
1:52 PMa year ago

Llorente heads it, but the ball hits a defender as it looked to be headed for the back of net!
1:52 PMa year ago

Insigne is replaced by Lozano.
1:50 PMa year ago

Strakosha with an amazing save to a great volley by Insigne!
1:49 PMa year ago

Rodríguez comes in instead of Luis Alberto.
1:48 PMa year ago

Luis Alberto makes a fantastic run down the middle and attempts to assist Inmobile, but his pass is a little too long!
1:47 PMa year ago

Callejón is replaced by Elmas.
1:46 PMa year ago

Milic tries a shot from distance which forces Strakosha to dive and send it to corner kick.
1:44 PMa year ago

Mario Rui fouls Inmobile and is shown a yellow card.
1:43 PMa year ago

Allan is replaced by Llorente.
1:42 PMa year ago

Ospina loses the ball insie the box to Inmobile. The striker goes for goal and despite Di Lorenzo's efforts to keep it out, the ball hits the back of the net!
1:41 PMa year ago

Attempt by Fabian is off-target.
1:36 PMa year ago

Insigne shoots looking for the far post, but Strakosha does well to save it!
1:33 PMa year ago

Lazzari makes a good run down the right wing. He tries to assist one of his teammates inside the box, but the ball is sent to corner kick.
1:28 PMa year ago

Luis Alberto's shot is blocked by Hysaj.
1:27 PMa year ago

Zielinski shoots and hits the post!
1:25 PMa year ago

Interesting cross looking for Milinkovic, but he's unable to reach the ball.
1:23 PMa year ago

Lazzari is awarded a foul despite diving. The Napoli defenders strongly protest the play.
1:15 PMa year ago

Inmobile with a first time shot which is deflected by Hysaj.
1:10 PMa year ago

Fabian shoots over the cross bar.
1:10 PMa year ago

Hysaj was building a nice play, but his attempt is blocked.
1:04 PMa year ago

We're underway with the last 45 minutes of this match between Lazio and Napoli.
12:49 PMa year ago

We go to the break with no changes in the scoreboard.
12:47 PMa year ago

New attempt by Luis Alberto. Ospina is well-positioned to save.
12:45 PMa year ago

Milinkovic finds a rebound inside the box. His shot is saved right on the goal line by Di Lorenzo.
12:44 PMa year ago

Milinkovic shoots from outside the box. Ospina dives to contain it.
12:39 PMa year ago

Manolas is carded after pulling on Inmobile's shirt.
12:35 PMa year ago

Allan recovers the ball in midfield. He dribbles a few times and attempts a powerful shot. His attempt is well over the crossbar.
12:33 PMa year ago

Milinkovic heads the ball just over the bar!
12:31 PMa year ago

Insigne goes for goal on the free kick, but Strakosha does great to send the ball over the bar.
12:30 PMa year ago

Yellow card for Lazzari for a strong challenge.
12:29 PMa year ago

Caicedo was close to stealing a ball from Fabian inside the box, but the defender did good to recover it.
12:26 PMa year ago

Lulic attempts a cross looking for Inmobile. Again Ospina has to go out to stop any danger.
12:24 PMa year ago

Now Napoli has gained control of the ball, but is yet to create any clear chances.
12:20 PMa year ago

Ospina dives to punch out a dangerous ball that was looking for Inmobile.
12:18 PMa year ago

Lazio takes control of the game with long ball possessions. Napoli, however, does good to group men near the box to defend.
12:14 PMa year ago

Ospina and Milinkovic collide while fighting for a ball. The game is temporarily stopped so the medical staff can look after the players.
12:13 PMa year ago

Caicedo passes to Inmobile who tries to strike with his left, but Mario Rui blocks the shot before it could reach the goal.
12:12 PMa year ago

Strakosha is able to get his hands on a dangerous corner kick.
12:09 PMa year ago

Interesting ball looking for Caicedo, but Hysaj gets to the ball before the striker could go one-on-one with the keeper.
12:06 PMa year ago

The ball is mostly played in midfield during these first few minutes of the match. Both teams place many men in their midfield line.
12:02 PMa year ago

11:58 AMa year ago
Lazio wil wear their traditional sky blue kit for this match, while Napoli's uniform for today features a majority of green.
11:55 AMa year ago
Milinkovic has been awarded the December 2019 Most Valuable Player of Serie A award.

11:52 AMa year ago
We're less than ten minutes away from the start of the match!

Don't go anywhere!
11:50 AMa year ago
Colombian keeper David Ospina will have a chance to start tonight's game as Meret will be unavailable for the match! 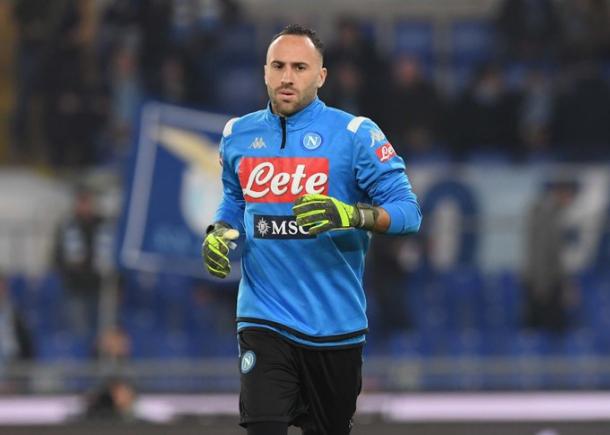 11:39 AMa year ago
The home team has also stepped onto the pitch to prepare for the match.

11:38 AMa year ago
Callejón and the rest of the Napoli squad have begun their warmup at Stadio Olimpico. 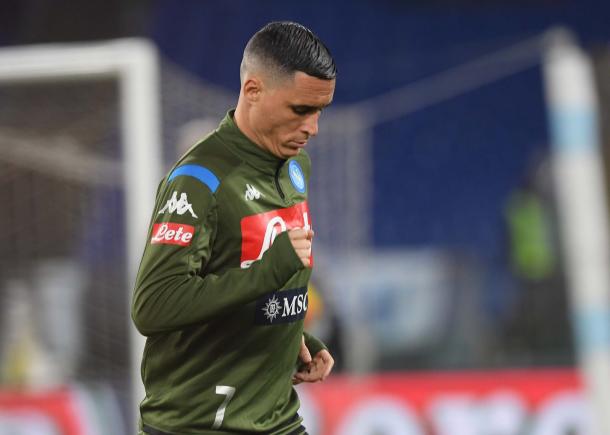 11:34 AMa year ago
Everthing set from a beautiful Stadio Olimpico in Rome.

We're less than half hour away from kick off in this Week 19 match between Lazio and Napoli. 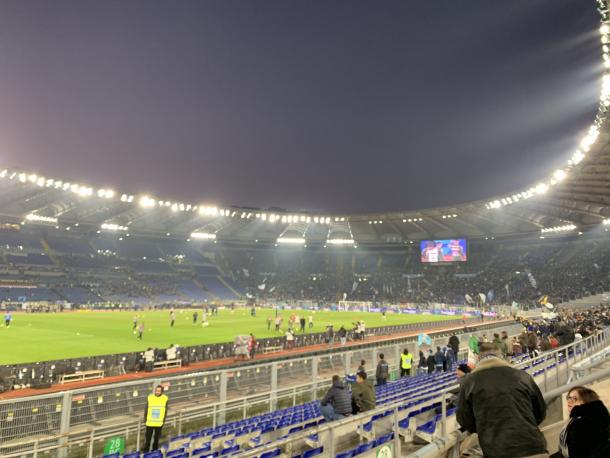 The Napoli boss has decided to put Hirving Lozano on the bench for tonight's match.

In a press conference, he said the following about the Mexican winger: "About Lozano, I think he is very, very strong, but he must prepare himself better. The biggest problem is that he cuts his paths. When he manages to have a good leg, he will give us enormous help. I want him to make more accelerations than he can do today matches".
11:21 AMa year ago 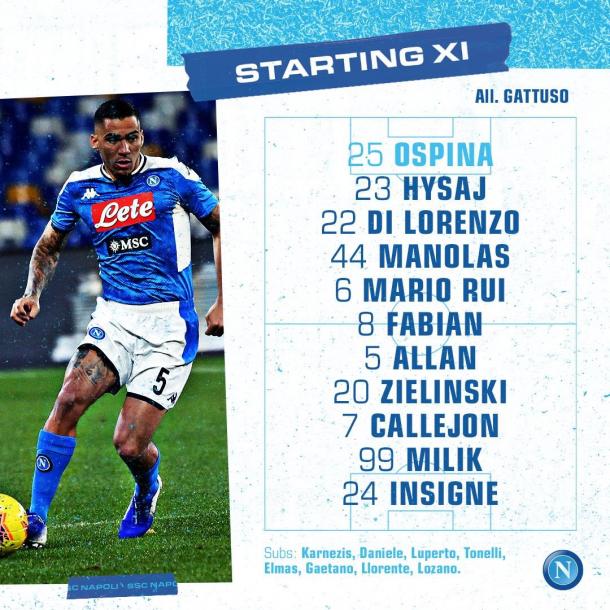 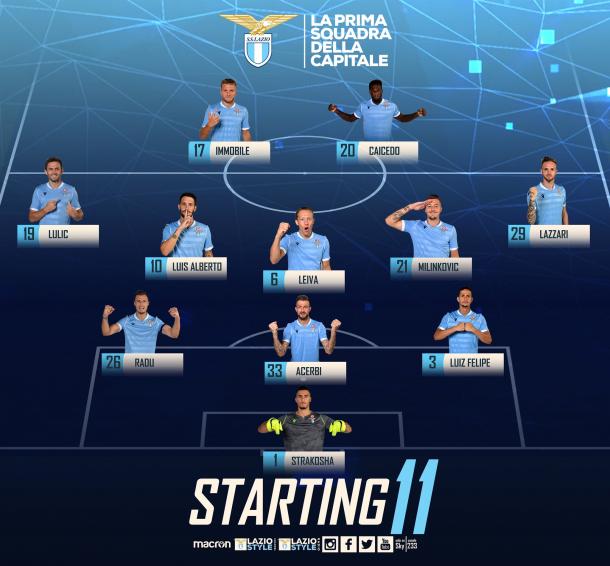 The transfer  had a reported fee of  $13.68 million dollars. 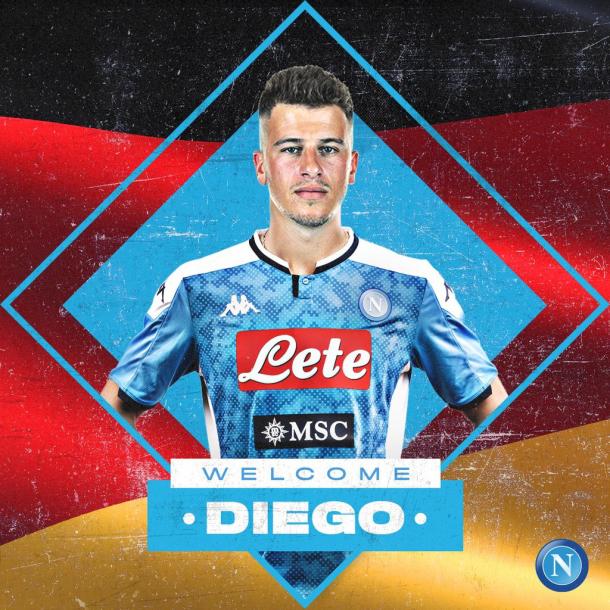 Lazio has made its arrival to Stadio Olimpico at Rome!

Lazio are celebrating their 120th anniversary! Their foundation took place on January 9th, 1900.
11:08 AMa year ago
Napoli's goalkeeper Alex Meret is out of the game today  after he fractured his wrist trying to save Romelu Lukaku's 111km/hr shot in their match against Inter last Monday.
11:06 AMa year ago
Today's match is quite important for Lazio as Juventus and Roma, who are in 2nd and 4th place, will face each other tomorrow and will drop points.

If Lazio wins and Roma manages to defeat Juventus, they'll be only three points away from reaching the bianconeri.

Daniele Orsato will be the man in charge when Napoli visit Lazio at the weekend.

The referee will be assisted by Tegoni and Galetto with Giua acting as the fourth official and Pairetto and Schenone on VAR duties.

These were the 19 men Genaro Gattusso called for the game against Lazio.

The away team arrived to the Italian capital today.

Heading to the capital with @LeFrecce! 🚆

On the other hand, Napoli has struggled this season being in the 8th. place with only 24 points. They have lost three out of their last five games. 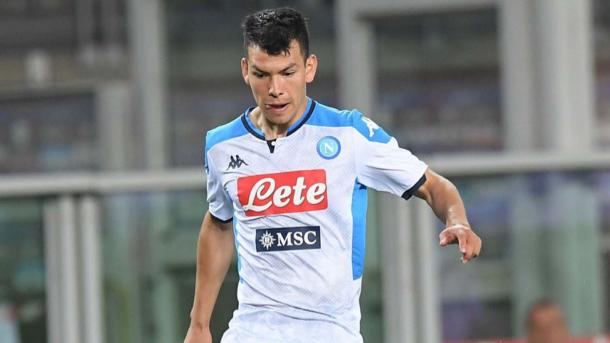 Lazio is currently the third best team in the Serie A with 39 points. They have won their last five games in the Italian competition. 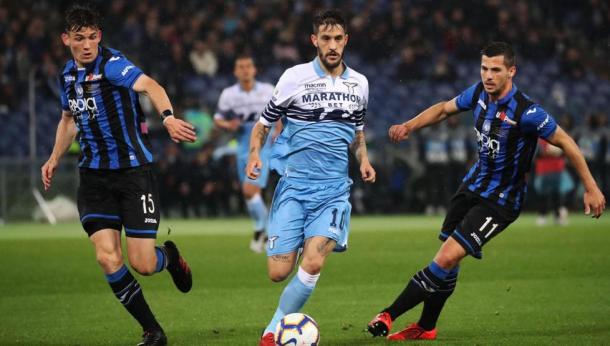 The last time these two teams faced each other at Lazio, Napoli came out victorious with a 2-1 win.
10:41 PMa year ago

The game will be played at the Stadio Olimpico and the kickoff is expected to be at 12pm ET.
10:41 PMa year ago
Welcome to VAVEL.com’s LIVE coverage of the 2020 Serie A game: Lazio vs Napoli!
10:40 PMa year ago
My name is Eduardo Villalpando and I’ll be your host for this game. We will provide you with pre-game analysis, roster updates, and news as it happens live here on VAVEL.