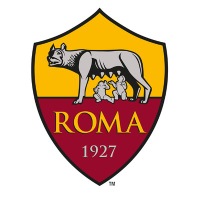 Roma played good football, but their mistakes at the very start of the game costed them the game. Juventus ends the first half of the season as the leader in Serie A.
4:41 PMa year ago

Florenzi carded after stopping Matuidi with a foul.
4:40 PMa year ago

Juventus defending with 11 men. Cristante takes a powerful shot that ends up over the bar!
4:39 PMa year ago

Diawara shoots, but the keeper is well positioned to save it!
4:39 PMa year ago

De Ligt slides before Dzeko could finish it. On the second shot from Florenzi, the ball is over the bar!
4:38 PMa year ago

Roma all out attacking looking to equalize! Five minutes of added time!
4:35 PMa year ago

Pau López denies Cristiano Ronaldo by diving at his feet before he could shoot.
4:30 PMa year ago

Kalinic is carded after protesting a referee's decision.
4:29 PMa year ago

Szczesny saves Juventus! Kolarov's header was going in, but the keeper held on to it!
4:26 PMa year ago

Higuain was caught offside on the pass from Cristiano and the game remains 1-2.
4:26 PMa year ago

On a counter, Cristiano assists Higuain who finishes it with his left to the far post!
4:23 PMa year ago

Cristiano misses a header inside the box! His attempt is just wide!
4:23 PMa year ago

Perotti cross towards Smalling. Smalling tries to head the ball toward Dzeko, but Szczesny catches the ball before the striker can reach it.
4:19 PMa year ago

Perotti strikes. The ball is off target, but Dzeko almost gets there to head it in!
4:17 PMa year ago

Dybala and Ramsey are out. Danilo and Higuain are in.
4:16 PMa year ago

The ref sees evidence to call handball on Alex Sandro and we'll have a penalty kick!
4:14 PMa year ago

The referee will check the play to determine if there's a penalty.
4:13 PMa year ago

Alex Sandro miraculously stops the ball from going in right on the goal line.

Great cross that finds Dzeko inside the box. The striker shoots with his right and hits the post!
4:09 PMa year ago

Yet another cross from Ramsey that fails to find Dybala and Cristiano.

Roma remain in possession of the ball, but Juve's counter attacks feel dangerous.

Ramsey attempts a cross looking for Cristiano, but the Portuguese man had moved to the opposite direction.
4:01 PMa year ago

Cross to the far post. Mancini hits it with his left, but it's wide from the post!
4:00 PMa year ago

Roma keeps putting pressure on Juventus, but they are unable to be precise on the last touch.
3:58 PMa year ago

Pellegrini reaches the goal line and sends a cross. The ball is cleared before reaching Dzeko.
3:55 PMa year ago

Good low cross looking for Dzeko. De Ligt does wel to not allow the striker to make a good shot.
3:52 PMa year ago

We're underway with the last 45 minutes of the match!
3:46 PMa year ago

Cristiano scores the 0-2 via penalty!

In a very evenly matched game, the mistakes at the start of the game from Roma are costing them the three points.

Juventus leads by two at half time.

Perotti tries a cross, but the ball was on target! Szczesny hast to send it over the bar.
3:34 PMa year ago

Through ball for Cristiano. He gets inside the box and tries to finish to the far post. Pau López quickly dives and stretches an arm to stop the ball from going in.
3:33 PMa year ago

Kolarov takes the free kick, but the wall sends it to corner kick.
3:33 PMa year ago

Cuadrado has to foul Perotti right before he gets inside the box. The Colombian player sees a yellow card.
3:31 PMa year ago

Ramsey catches a long ball from Dybala to start a counter attack, but he's unable to find Cristiano to create more danger.
3:26 PMa year ago

Bonucci clears a dangerous cross with the tip of his toes!
3:23 PMa year ago

Zaniolo is injured after that last play. He's stretchered out of the field and won't be able to continue.
3:20 PMa year ago

De Ligt also sees a yellow card from protesting the ref's call on that last play.
3:18 PMa year ago

Rabiot is now carded after stopping a great run from Zaniolo.
3:13 PMa year ago

Mancini is carded for fouling Matuidi.
3:10 PMa year ago

Interesting ball for CR7. He tries to cross but the ref stops the play and signals for offside.
3:06 PMa year ago

Florenzi with a great cross. The ball finds Pellegrini who shoots, but the ball is blocked by Rabiot right before the ball went in.

The Roma players alleged a handball, but the ref says play on!

Demiral seems to have a serious injury after landing incorrectly on a header attempt.
3:01 PMa year ago

Kolarov gets a yellow card for a late challenge on Rabiot.
3:01 PMa year ago

Cross from Kolarov headed by Chris Smalling. Szczesny catches it with no trouble.
2:59 PMa year ago

Pjanic is carded after comitting a foul on Pellegrini just outside Juventus' box.
2:57 PMa year ago

Cristiano Ronaldo takes the penalty and scores with no trouble!
2:56 PMa year ago

Cristiano steals the ball inside Roma's box. Veretout has to foul Dybala to stop him from scoring and we'll have a penalty kick.

Verteout is carded for the foul.

Perotti strikes well over the crossbar.
2:53 PMa year ago

Long ball for Dzeko. Before he can get a shot in, Demirai sends it corner kick.
2:52 PMa year ago

Dybala steals the ball and leads a counter attack. He gives the ball to Ramsey who tries to assist Cristiano, but the defense does well to not allow the ball to reach #7.
2:51 PMa year ago

Pellegrini tries a finesse shot with his left, but his attempt is wide from the goal.
2:49 PMa year ago

From a free kick, Dybala sends a cross to the far post. Demiral is there to push the ball in and give the bianconeri the lead!
2:47 PMa year ago

We're underway with Roma vs Juventus from Stadio Olímpico.
2:47 PMa year ago
Roma is using an all-blue alternative uniform while Juve will wear a their all-white kit.
2:46 PMa year ago
Both teams are lined up at midfield as the Serie A anthem plays.

The captains shake hands and we're ready for the start of the match!

Everything set for kickoff!

This is how Dybala practices shooting!

Roma are close to finishing their warm up prior to the match!

A packed house for this one tonight! 🔥
#ASRoma #RomaJuve pic.twitter.com/Dk5iaCqhv2

Juventus visits Roma with hopes of regaining the first place in the Serie A.

2:26 PMa year ago
Dybala, Rabiot and Cuadrado focused on getting back to the top of the table with a win! 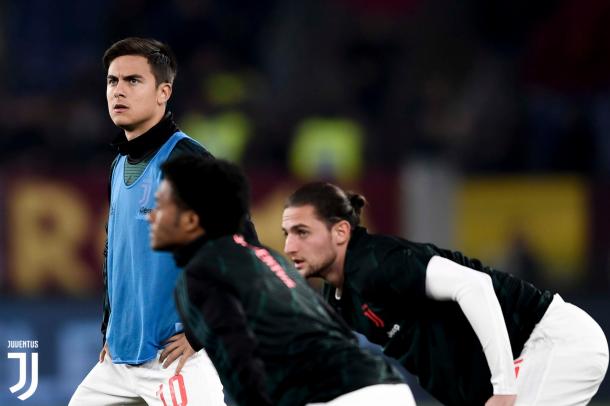 2:22 PMa year ago
Despite hosting Lazio vs Napoli last night, the grass at Stadio Olimpico in Rome looks to be in terrific shape for our match. 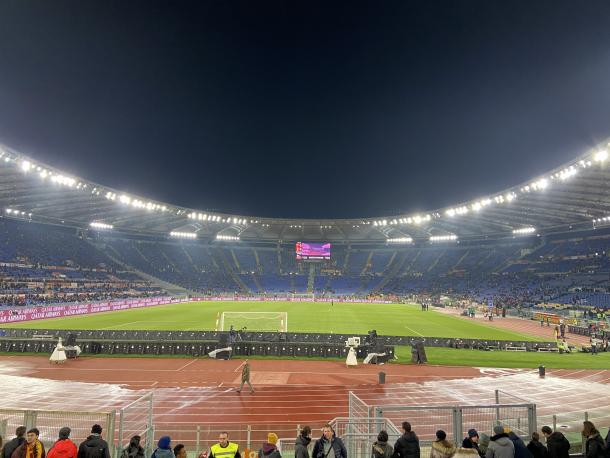 The home team has also stepped onto the pitch!

Juventus step onto the pitch for their warm up!

Probably the two best footballers from Bosnia & Herzegovina will be in the pitch tonight.

Edin Dzeko and Miralem Pjanic will be key in deciding tonight's winner. 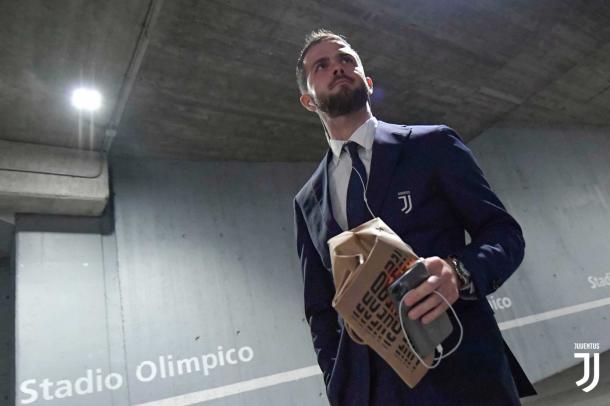 2:09 PMa year ago
Juventus' last win against Roma at the Stadio Olimpico came in May 2014 .

Since then 5 games have resulted in two draws and three defeats.

Can they end the negative streak tonight? 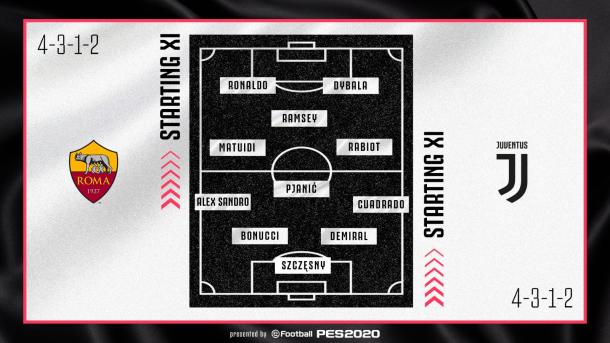 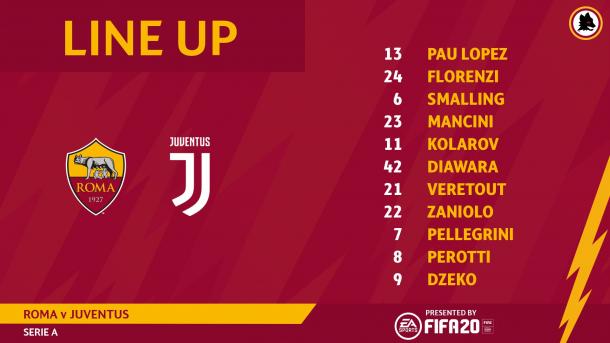 1:53 PMa year ago
Roma has arrived home. Their mind is set on getting the three points tonight and staying in Champions League positions. 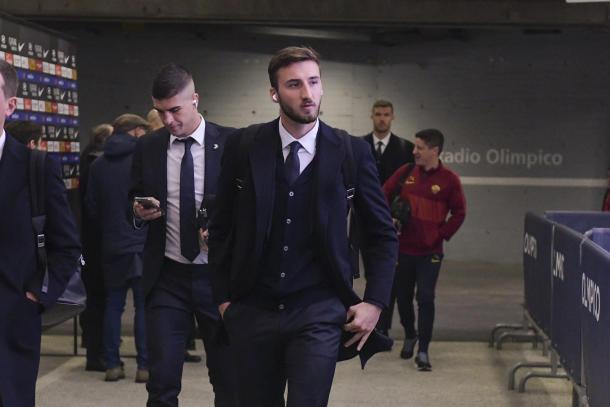 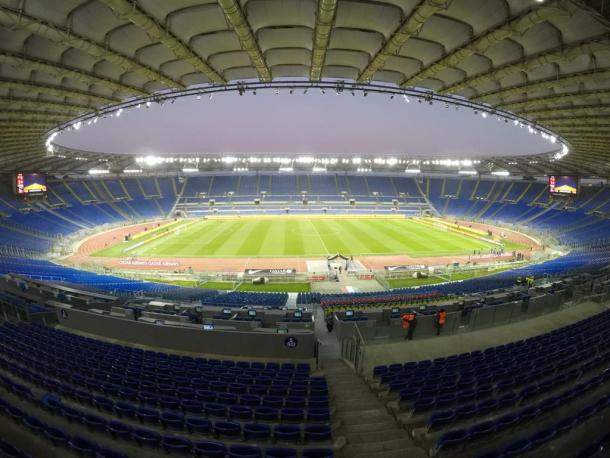 We're an hour away from kickoff at Stadio Olimpico.

AS Roma and Juventus square off in an important match in Serie A.

Stay with us for all details!

Do not miss a detail of the match with the live updates and commentaries of VAVEL. Follow along with us all the details, commentaries, analysis and lineups for this AS Roma vs Juventus match.
3:04 AMa year ago

The squad list from AS Roma to face this fixture

Here are the players available to face Juventus on Sunday!

AS Roma: Last Serie A lineup

CR7 can single handedly win a game for you. He did so in Juve's last Serie A fixture against Cagliari with a hat trick.

The Portuguese player is one of the best players of all time and despite being near the end of his carrer, he's still in tremendous form. 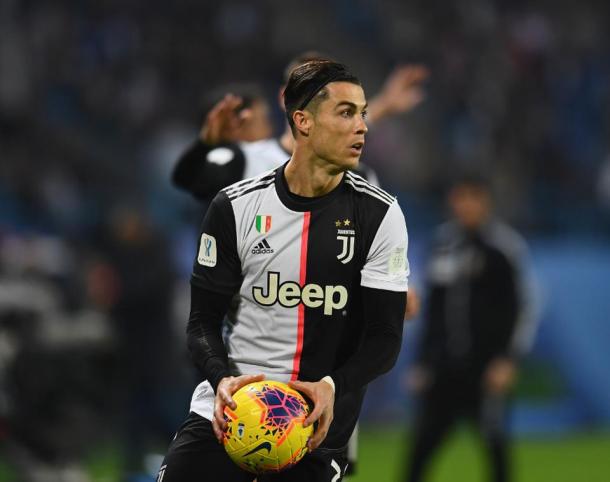 The Bosnian striker is synonimous with goal. His technical quality and strength are dangerous for any defensive line in Serie A.

In the current season, he has started all 18 league games for Roma and has scored on 7 ocassions. 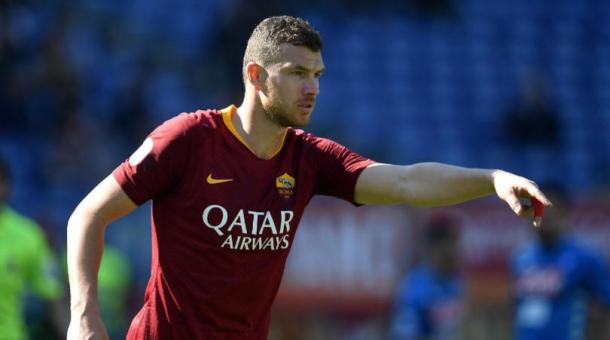 How to watch AS Roma vs Juventus Live TV and Stream

If you want to watch the game on TV, your options are:
Rai Italia Nord America, ESPN+

If you want to directly stream it: Serie A Pass

The last meeting between the two teams came on May 12th of last year.

Roma came out on top with a 2-0 victory with goals by Florenzi and Dzeko on the 79th and 90th minutes.

Roma have the same balance in their last five games as their rivals tonight.

In the two games prior to that, they had dropped points with a loss against Lazio (3-1) and a draw with Sassuolo (2-2).

The home team arrive to this match with 35 points in 18 games. They currently sit fourth in the Serie A table, with a fifth-placed Atalanta having the same amount of points as them.

If the Roma side wants to stay in the Champions League berths, they'll have to do their best to win at Stadio Olimpico tonight.

A big match for Juventus

With Inter dropping points yesterday in a draw against Atalanta at San Siro, Juventus have the chance to regain the top the of the table.

The biaconeri currently sit second with 45 points, while the nerazzurri have 46 units with one more match. Thus, the victory is crucial if they aspire to win another Scudetto.

1:43 AMa year ago
The AS Roma vs Juventus match will be played at the Stadio Olimpico, in Rome, Italy. The kick-off is scheduled at 2:45pm ET. 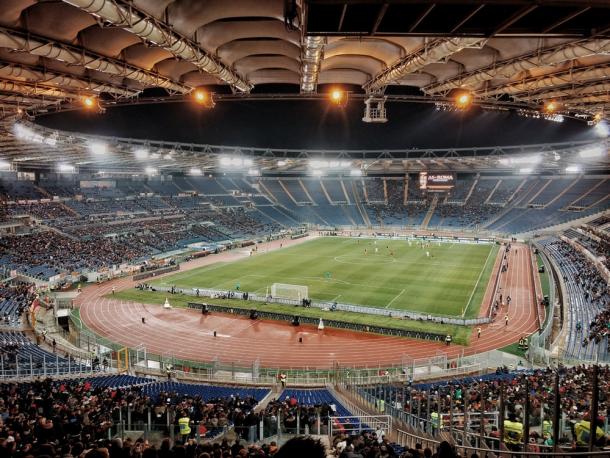 1:37 AMa year ago
Welcome to VAVEL.com’s LIVE coverage of the 2020 Serie A game: AS Roma vs Juventus!