4:41 PMa year ago
We thank you for joining VAVEL for this match! Until next time!
4:40 PMa year ago

Kurtic from Parma is booked
4:21 PMa year ago

The home team gets the lead straight back with another Cristiano goal.

Gooooooooooal for Juventus!
4:06 PMa year ago

5 goals in his last 3 matches

Gooooooooooooal for Parma!
4:04 PMa year ago

Cristiano gets the first goal of the night at Allianz!

Goooooooooal for Juventus!
3:27 PMa year ago

Half an hour in and Juventus dominates but can't unlock Parma's defense
3:19 PMa year ago

Juve and Parma going at it 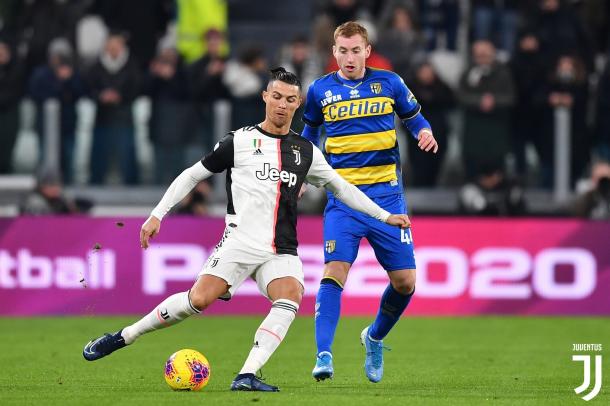 Parma's defense don't give any space to Cristiano Ronaldo
3:13 PMa year ago

Juve arrives to the Parma box but Darmian makes a good interception
3:13 PMa year ago

More than 20 minutes into the game and is complete domination by Juventus. 76% of possession so far!
3:06 PMa year ago

Ramsey shot but no real danger for Parma.
3:04 PMa year ago

Tough header from Alex Sandro that hits the crossbar.
3:04 PMa year ago

Minute of silence prior to the game

Allianz Stadium observes a minute of silence in memory of Pietro Anastasi.

Allianz Stadium observes a minute of silence in memory of Pietro Anastasi. pic.twitter.com/Kw7Pi3ptk3

Both teams jump into the pitch!

Player of the month

CR7 was named player of the month for Juventus prior to the start of the game!
2:36 PMa year ago

We are just a couple of minutes from the start of the match!
2:22 PMa year ago

With an hour to go until #JuventusParma, here's how we'll be lining up tonight! 💛💙⤵️

We are just one hour away from this 2020 Serie A game: Juve vs Parma!
2:31 PMa year ago
Do not miss a detail of the match with the live updates and commentaries of VAVEL. Follow along with us all the details, commentaries, analysis and lineups for this Juventus vs Parma.
2:20 PMa year ago

With the first half of the Serie A season coming to an end, this could be an important week for Juventus as they look to maintain their place at the top of the table, following a somewhat disappointing start. The Italian champions are leading second-placed Inter Milan by two points heading into this weekend’s round of fixture when they will be up against Parma.
2:20 PMa year ago

Juventus will look to retain their place at the top of the Serie A table when they play hosts to Parma at the Allianz Stadium on Sunday.
2:09 PMa year ago

A look back at Juventus' goal against Parma from last year

Cristiano Ronaldo is 100% healthy and he will start today's game
1:44 PMa year ago

Sarri: "We must pay attention to Parma's counters."

De Ligt and Juventus look ready for the game 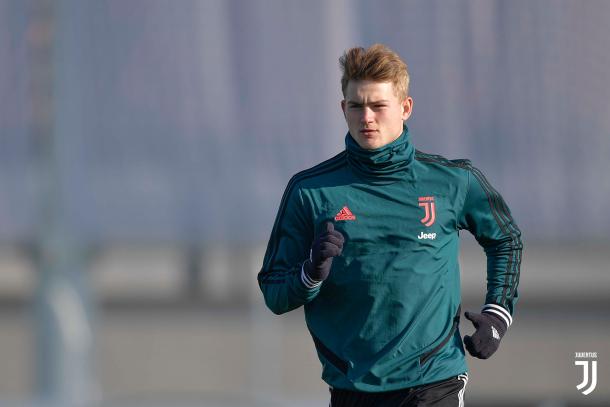 The last time these two teams played at Juventus they drew in a 3-3 thriller.
10:27 PMa year ago

Parma has a lot of depth in their roster. Having players like Gervinho, Cornelius, Bruno Alves, Darmian, Inglese, among others. 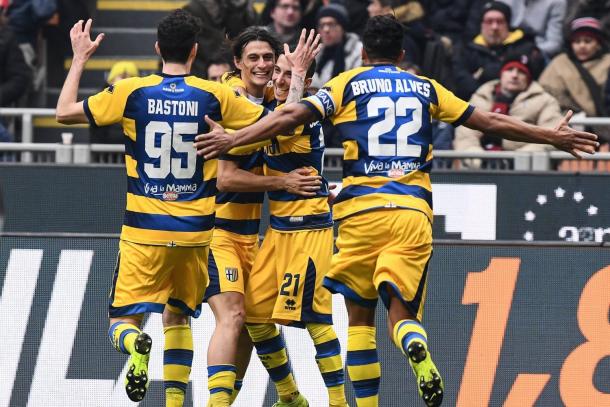 Cristiano Ronaldo is the second player with most goals this season in the Serie A with 14. Just behind Ciro Immobile from Lazio. 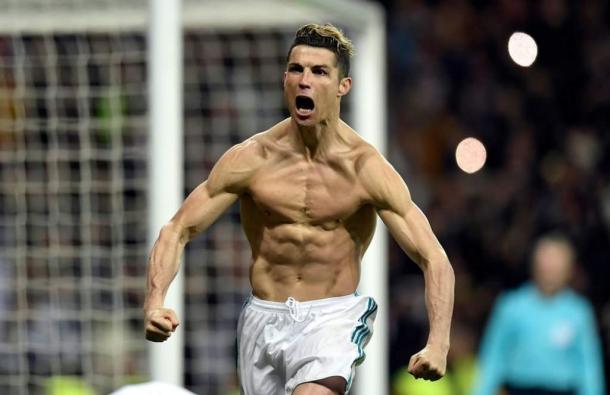 Juventus currently stands at the top of Serie A with 48 points in 19 games. They have only lost one match this whole season.
10:19 PMa year ago