9:25 PMa year ago
Two goals in the first half gave Canada the lead in the group. With this defeat, Mexico will have to fight for their ticket to Tokyo 2020 against the United States.
9:25 PMa year ago
The semi-finals will be held this coming Friday at the Dignity Health Sports Park:

Finish the game. Mexico loses 0-2 to Canada. Both teams will play the semifinal in the next few days.
9:19 PMa year ago

Prince entered the area, fired, but his attempt was without placement.
9:05 PMa year ago

A shot on the edge of Quinn's area just above the goal.
9:03 PMa year ago

Daniela Espinosa finishes shot inside the area, but Labbé manages to stop.
9:02 PMa year ago

Change. Buchanan out and Quinn in from Canada.
9:00 PMa year ago

Ashley Lawrence's center shot that barely goes over the goal.
8:41 PMa year ago

Kiana Palacios shoots left-handed and commands Labbé on one side.
8:39 PMa year ago

Becky's shot with very little force and cuts through Alvarado without a hitch.
8:35 PMa year ago 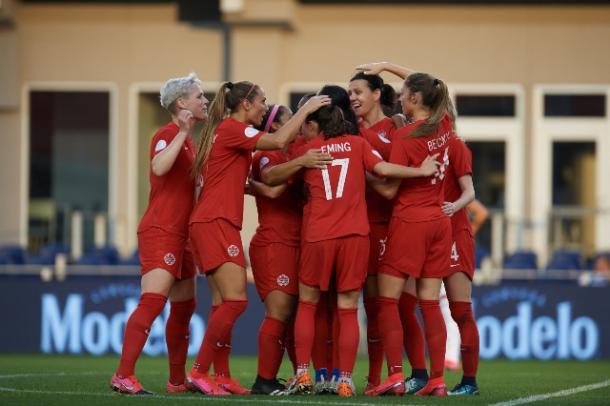 Finish the first half. Canada beats Mexico 2-0 and would be taking the group lead.
8:18 PMa year ago

Shot from outside Celina Zadorsky's area fails to engage Alvarado.
8:15 PMa year ago

Shot from outside Fleming's area, deflects Emily Alvarado and the ball goes to the crossbar.
8:02 PMa year ago

Center by clark and emily alvarado cuts in.
7:58 PMa year ago

Riviere's low centre from the right, he shoots in the Sinclair area to open the score.
7:51 PMa year ago

Very busy game in Texas. Canada takes the lead in the game, but Mexico closes the gap.
7:38 PMa year ago

Orejel's foul on Sinclair, yellow card for the Mexico player.
7:33 PMa year ago

Shot from outside the area of Stephany Mayor which Labbé controls without problem.
7:30 PMa year ago

Start the match.
7:26 PMa year ago
Mexico and Canada's record when they meet in the CONCACAF Pre-Olympic. 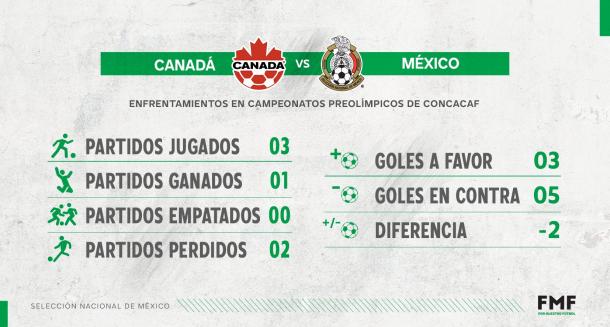 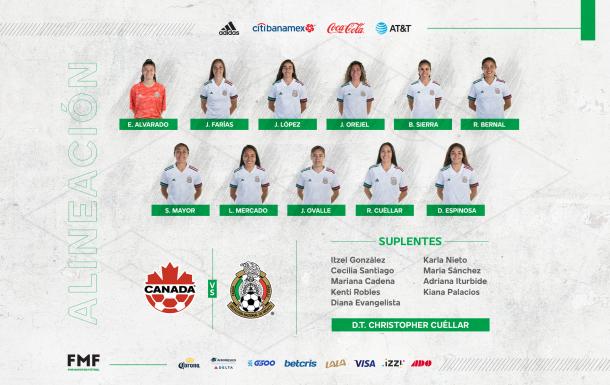 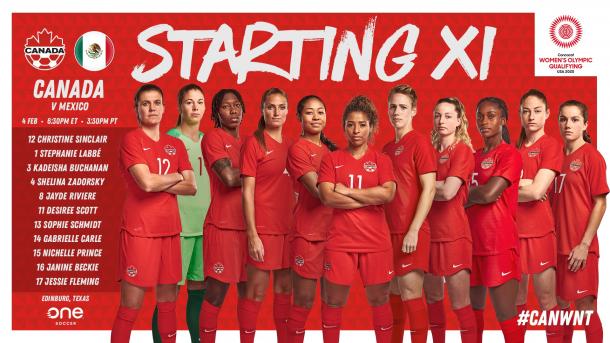 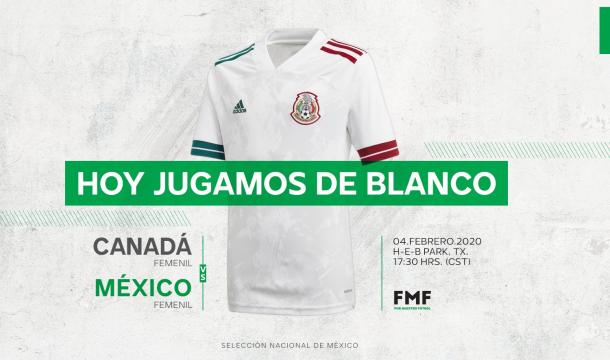 How to watch Canada vs Mexico Live TV and Stream

If you want to directly stream it: CONCACAF Stream.

Renae Cuellar, Mexico front runner. The striker who is participating in Tijuana is taking advantage of the opportunity in the Mexican National Team again and is taking advantage of it in a spectacular way. She's scored three goals in the tournament's two games and will have to keep it up if Mexico is to have any hope of beating Canada. The confidence that Cristopher Cuellar has given her to be the first-choice striker has been key. 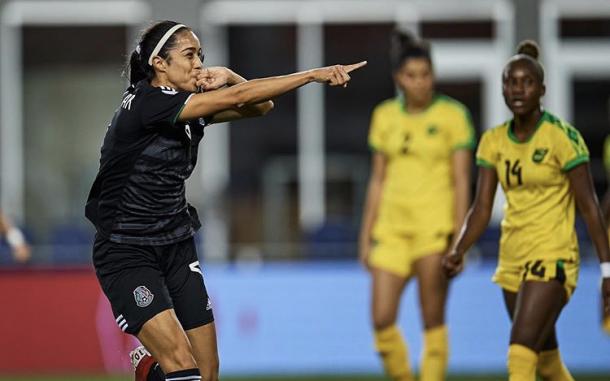 Jordyn Huitema, Canada striker. The "9" shirt on the maple leaf is the team's most dangerous player. She comes from a record-breaking five-goal performance against Jamaica last time out. She will be looking to continue her scoring streak and help her team take the lead in the group. 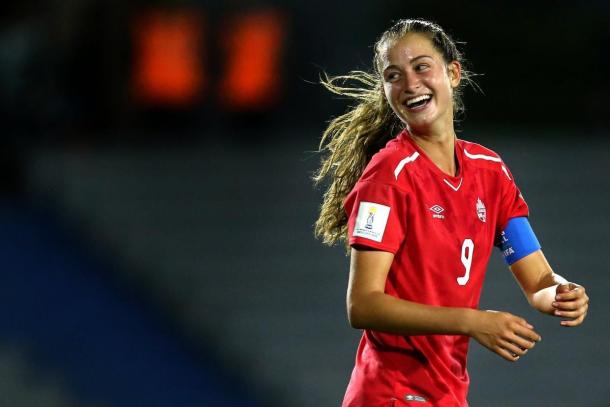 How does Mexico get there?

Facing the weakest team in the group, Mexico beat St. Kitts and Nevis 6-0. The match was decided by Mexico from the first half, the scorers being: Renae Cuellar on two occasions, Stephanie Mayor, Kiana Palacios, Jimena Lopez and Liliana Mercado also appeared with goals. 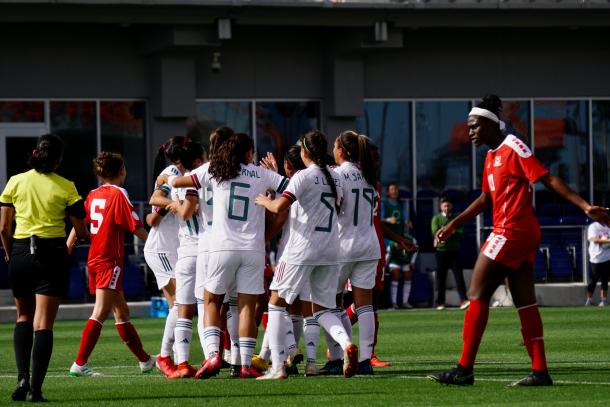 How does Canada arrives?

In the second match of the group stage, Canada easily beat Jamaica 9-0 to secure their place in the next round. Striker Jordyn Huitema shone, scoring five goals, with Beckie's hat-trick and Rose closing in on the goal tally. 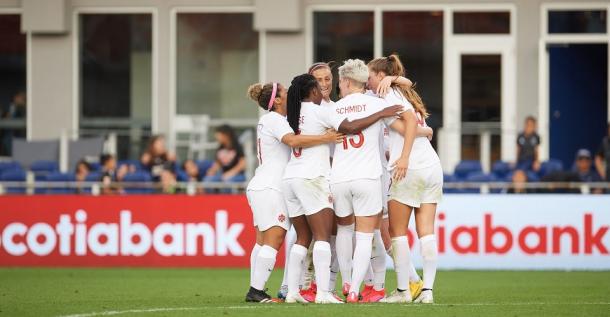 Mexico, wants to make a splash in front of one of the favorites

It is a fact that women's football in Mexico is on the rise and this Tuesday they have the opportunity of a lifetime to make a splash in the area. Already qualified for the semi-finals, El Tri will be looking to beat Canada to secure first place in the group and avoid the United States at the crossroads. 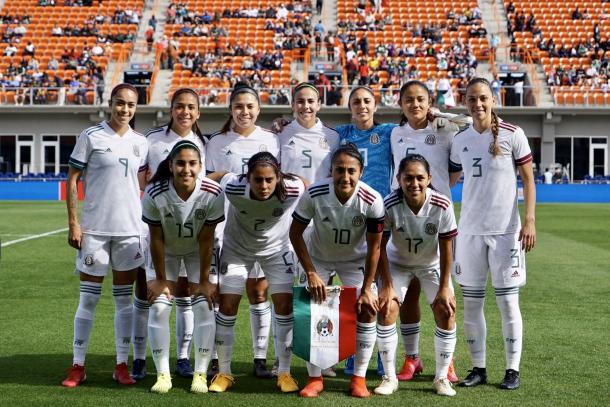 The Canadian national team is one of the most powerful teams in the area and has demonstrated this with qualification to the direct elimination phase already assured. They will now be looking for first place in their group to avoid a difficult semi-final clash. 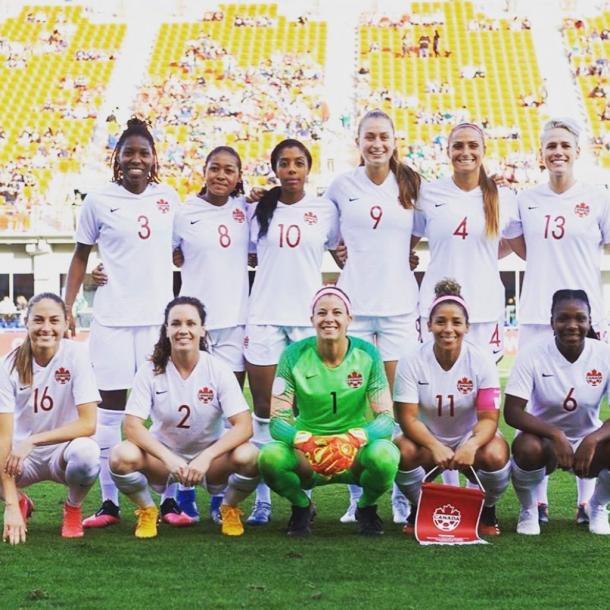 The Canada vs Mexico match will be played at the HEB Park, in Edinburg, Texas, USA. The kick-off is scheduled at 6:15pm ET.
3:28 PMa year ago
Welcome to VAVEL.com’s LIVE coverage of the  CONCACAF Women's Olympic Qualyfings 2020 match: Canada vs Mexico !