Boca wins their game and River ties in Tucumán!

Boca keeps possession of the ball looking to win it.
9:54 PMa year ago

Dangerous cross looking for Ábila, but Goltz gets there in time to clear it.
9:53 PMa year ago

Five minutes of added time in our match!
9:51 PMa year ago

Free kick for Gimnasia. A cross comes into the box, but no one is able to get a shot on target.
9:46 PMa year ago

Agudelo misses a huge chance! His header is a few inches from Andrada's post.
9:45 PMa year ago

Salvio is cautioned after a strong foul in midfield.
9:44 PMa year ago

García goes for goal, but his attempt is very wide!
9:40 PMa year ago

Agudelo replaces Contín on the pitch.
9:37 PMa year ago

At the moment, Boca is winning the Superliga title!
9:35 PMa year ago

Tévez shoots from a distance and the ball ends up in the back of the net with clear collaboration from the keeper!
9:34 PMa year ago

Salvio sends a header looking for the far post, but Broun makes the diving save.
9:32 PMa year ago

Broun gets to a ball before Ábila could finish it.
9:32 PMa year ago

Salvio finds space inside the box, but his attempt ends up being off-target!
9:29 PMa year ago

Cuadra leaves his place on the pitch for Comba.
9:25 PMa year ago

Licht shoots, but his attempt fails to worry Andrada.
9:24 PMa year ago

Shot by Cuadra that ends up being too wide.
9:23 PMa year ago

Ramon Ábila comes on instead of Soldano.
9:18 PMa year ago

Gimnasia continues to make the game very difficult for Boca as they leave very little space for passing.
9:15 PMa year ago

Ayala shoots over the crossbar.
9:10 PMa year ago

Contín shoots and Andrada has to make great save!
9:06 PMa year ago

We're underway with the last 45 minutes of the match!
8:54 PMa year ago

Boca has been unable to make the goal that would win them the championship against a very tough Gimnasia side.
8:52 PMa year ago

Boca looks to create danger on Gimnasia, but are having a hard time to link passes in the opposing half.
8:42 PMa year ago

River has scored in Tucumán. With that, the Millonario would be the champion.
8:40 PMa year ago

Clear chance for Boca! Soldano tries a header which is saved by the keeper, as Tévez was getting ready to score, the defense gets in the way to send it to corner kick!
8:33 PMa year ago

Tévez with a shot that ends up being too weak to worry Broun.
8:32 PMa year ago

Zambrano with a header straight at Broun's hands.
8:30 PMa year ago

Great save by Broun to a shot by Salvio!

The defense then clears it to corner kick.

With the current results, we would need a final match between Boca and River to decide the champion.
8:27 PMa year ago

Huge roar in the crowd when a goal from Atlético Tucumán against River is announced.
8:25 PMa year ago

Boca continues to have a larger possession of the ball, but struggles to create dangerous chances.
8:14 PMa year ago

Boca in complete control of the game. Campuzano is the man that participates the most in the match.
8:10 PMa year ago

Tévez with the first chance of the game.

He receives a low cross from Villa, but his shot is deflected to a corner kick by the defense.

First minutes of high intensity, but low precision in passes.
8:05 PMa year ago

We're underway with Boca Juniors vs Gimnasia!
8:01 PMa year ago
Russo and Maradona embrace as the players greet.

Boca vs Gimnasia is just seconds away!

7:59 PMa year ago
The teams step onto the green and we're ready for the start of the match!
7:56 PMa year ago 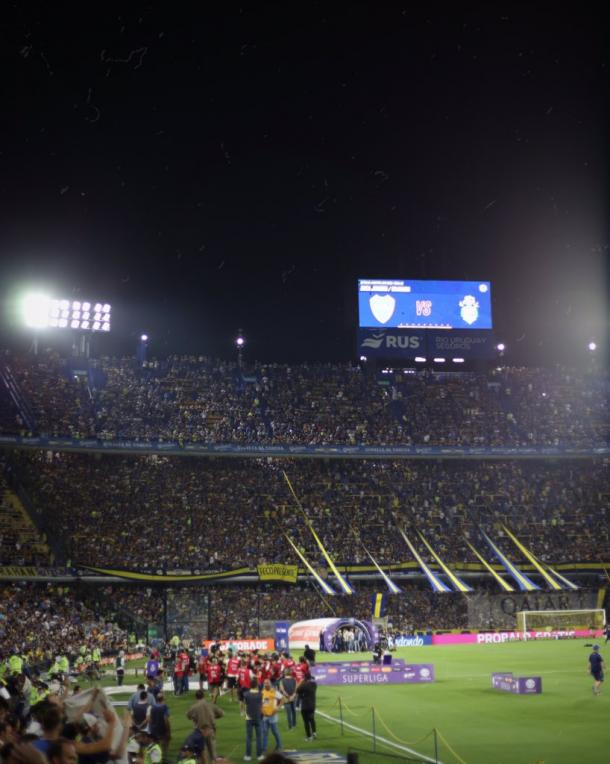 7:41 PMa year ago
A large number of flags dedicated to Maradona continue to wave as he takes his place on the away team bench. 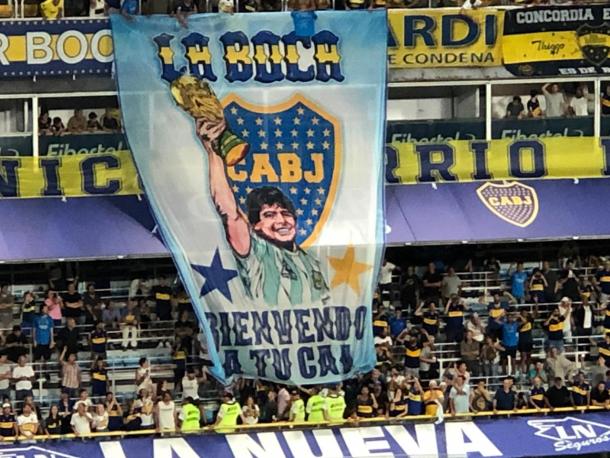 7:37 PMa year ago
A visibly emotional Maradona walks around the pitch at "La Bombonera" and sings along with the people who just showing him the purest of love.
7:34 PMa year ago 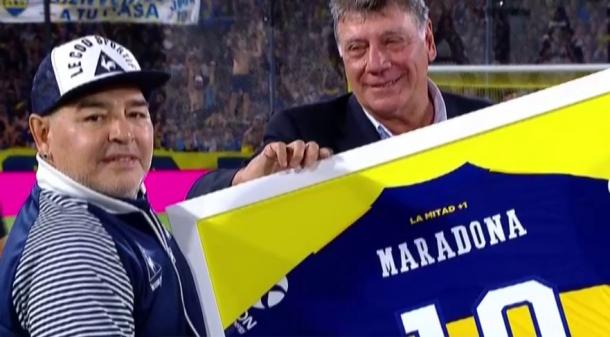 7:31 PMa year ago
Diego Armando Maradona has stepped onto the pitch to a huge pop from the crowd.

Brindisi greets the idol as the whole stadium sings and praises him. Goosebumps!

7:27 PMa year ago
The crowd at "La Bombonera" awaits for Diego Maradona as they will pay homage to their idol tonight. 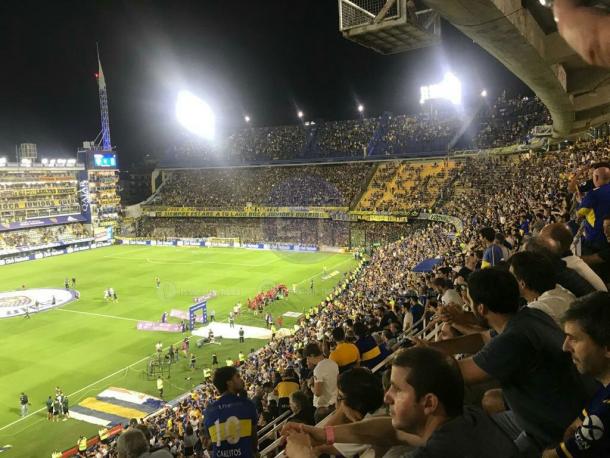 7:20 PMa year ago
Gimnasia has arrived at "La Bombonera" and the players have stepped onto the pitch to recognize it. 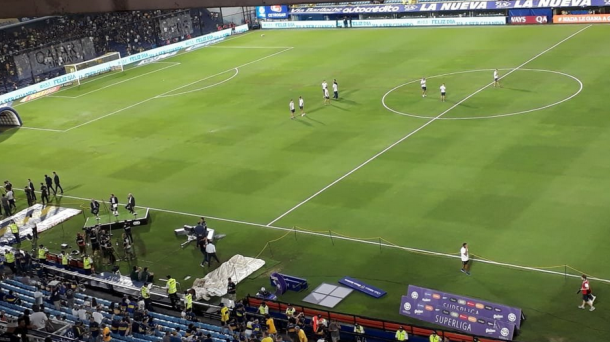 7:10 PMa year ago
The pitch at "La Bombonera" in perfect state to host this huge match.

Can Boca celebrate another title win in front of their crowd? 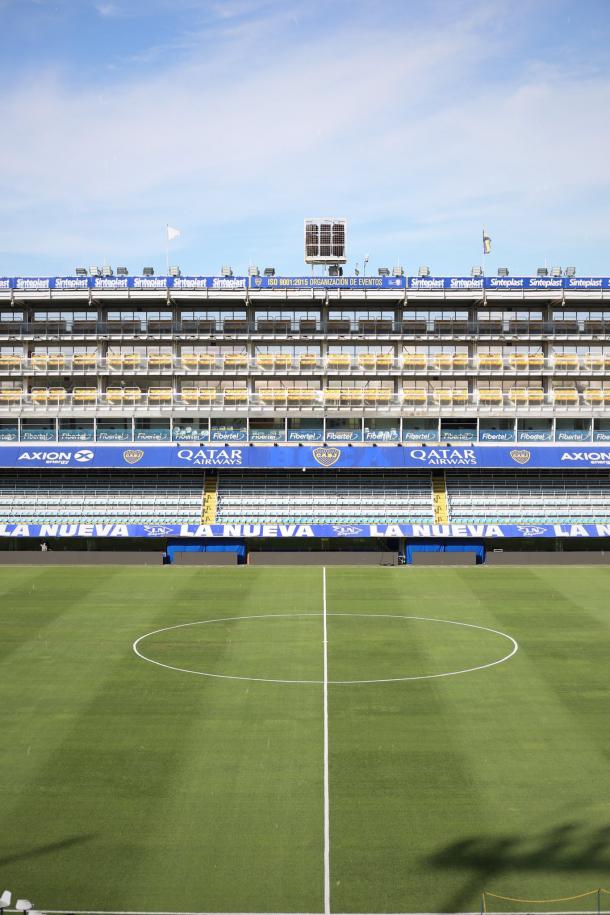 7:06 PMa year ago
Ramon "Wanchope" Ábila and the rest of the Boca squad have arrived at their home stadium for this crucial match against Gimnasia.

The Xeneizes have no choice but to win and then wait for River's result in a simultaneous match. 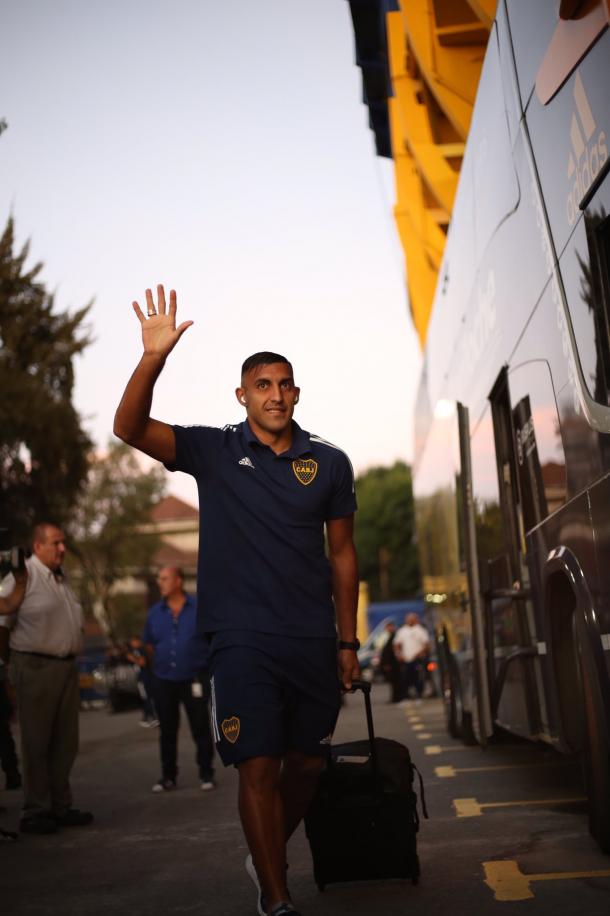 We're ready for the title of the Argentine Superliga to be decided!

Boca faces Gimnasia at La Bombonera and we're an hour away from kick-off!

Do not miss a detail of the match with the live updates and commentaries of VAVEL. Follow along with us all the details, commentaries, analysis and lineups for this Boca Juniors vs Gimnasia La Plata match.
11:16 AMa year ago

If you want to watch the game on TV, tune in to TYC Sports International.

If you want to directly stream it: Fanatiz.

Gimnasia was able to win its first home game under Diego Armando Maradona last week when they hosted Atlético Tucumán in La Plata.

On the 54th minute, Matías García received a ball inside the box and struck it powerfully to the far post to score the only goal of the match. 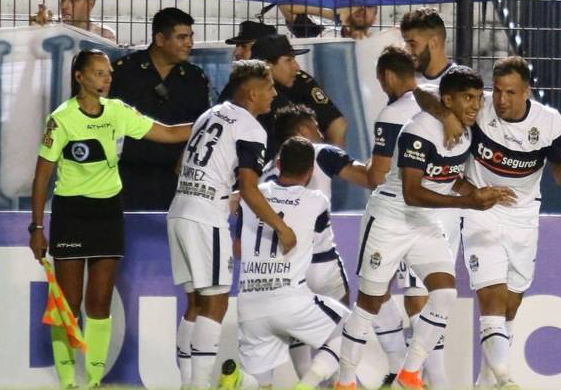 In their last SuperLiga match, Boca Juniors were able to defeat Colón de Santa Fe away from home in a match that proved to be difficult during the first half.

In the last 45 minutes, however, the Xeneizes showed their quality and scored four goals to keep their title hopes intact. 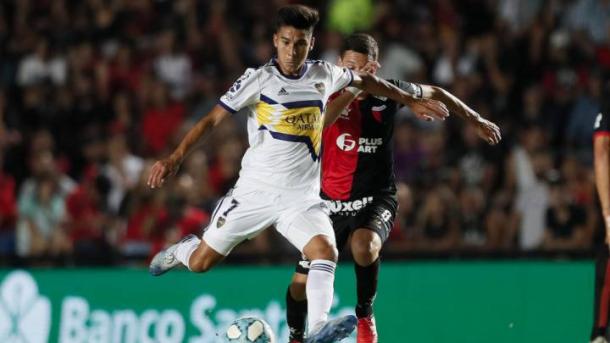 Prior to Maradona's appointment, Gimnasia was in terrible form with four defeats out of five and heading for relegation. After a rocky start with three more losses, they have now lost just 4 of their last 14 games.

Will Diego and his men stop Boca from winning the title?

Boca is all in!

To do so, they will have to win their match and wait for River Plate to drop points when they simultaneously play against Atlético Tucumán.

If their rivals win their match, there's nothing left for Boca to do.

The Boca Juniors vs Gimnasia La Plata match will be played at the Estadio Alberto J. Armando "La Bombonera", in the Boca neighborhood of Buenos Aires, Argentina. The kick-off is scheduled at 7 pm ET.

My name is Juan Pablo Rodriguez and I'll be your host for this game. We will provide you with pre-game analysis, roster updates, and news as it happens live here on VAVEL.