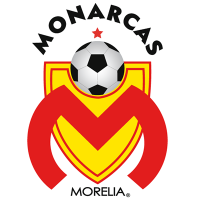 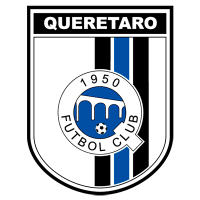 The 'Shaggy' Martínez takes advantage of the Querétaro defense's mistake to score the fourth goal.

Julián Velázquez fouls Cándido Ramírez and the Querétaro defender is sent off for a double yellow card.
9:33 PM23 days ago

Shot from outside the area by Ariel Nahuelpan and cut by Malagón for a corner kick.
9:31 PM23 days ago

Morelia's third goal came in an excellent move by Cándido Ramírez and was headed in by Martín Rodríguez.

Nahuelpan nods in a cross, and Marcel Ruiz shoots from the side of Malagon's goal.
9:20 PM23 days ago

Aldo Rocha scored his second goal of the night, thanks to a new penalty.

Martin Rodriguez is fouled in midfield and shown a yellow card.
9:17 PM23 days ago

A great play by Cándido Ramírez on the right side, he gets a center in the area and Martín Rodríguez scores with his head.
9:17 PM23 days ago

Gonzalo Jara's foul on Jordi Cortizo and Monarcas' defender gets a yellow card.
9:14 PM23 days ago

Efrain Velarde is fouled and the Morelia defender gets a yellow card.
9:12 PM23 days ago

Aldo Rocha perfectly scores the penalty again on the right side of goalkeeper Gil Alcala.
9:11 PM23 days ago

The referee is not going to review the play, but from the VAR they indicate that if there is a penalty kick
9:09 PM23 days ago

Penalty for Morelia. Julián Velázquez is fouled by Fernando Aristeguieta and the Querétaro defender is given a yellow card.
9:07 PM23 days ago

Shot from outside the area by Ariel Nahuelpan and with trouble he manages to cover Angel Malagon.
9:03 PM23 days ago

The first half ends at Morelos Stadium. Monarcas wins for now, 1-0 to Queretaro.
8:48 PM23 days ago

Shot inside the area by Cándido Ramírez and served at the Nava line.
8:46 PM23 days ago

Aldo Rocha scores the penalty with a shot to the right of the goalkeeper.
8:43 PM23 days ago

After checking the play in the VAR, the penalty is confirmed for Morelia.
8:42 PM23 days ago

Penalty for Morelia. Missing Nava on Velarde.
8:39 PM23 days ago

Clifford yields to Ariel Nahuelpan who shoots from outside the area and the ball goes over the side.
8:33 PM23 days ago

Morelia continue to dominate the game, but have ceased to have any clear-cut chances of reaching the area.
8:27 PM23 days ago

Shot from outside the area by Cándido Ramírez going over the goal.
8:15 PM23 days ago

Combination between Fernando Aristeguieta and Lucas Villafañez, culminates in Villafañez's shot coming out from the side.
8:13 PM23 days ago

Center by Martín Rodríguez, head shot by Sebastián Vegas from the side.
8:10 PM23 days ago

Shot from outside the area by Villafañez diverting Alcalá.
8:08 PM23 days ago

Fernando Aristeguieta fires from outside the box and manages to get a shot off Gil Alcalá's line.
8:07 PM23 days ago

First few minutes of the game, no team dominates so far.
8:06 PM23 days ago

Start the match.
7:59 PM23 days ago
Monarcas Morelia and Querétaro take to the field for the MX League protocol, but now without contact between players and refereeing staff.
7:56 PM23 days ago
Querétaro is already warming up on the grass at Morelos Stadium.

Á. Malagón; J. Martínez, S. Vegas, G. Jara, E. Velarde; A. Rocha, R. Millar, L. Villafañez, C. Ramírez, M. Rodríguez; F. Aristeguieta.
7:47 PM23 days ago
Throughout the history of short tournaments, Monarcas dominate Gallos Blancos.
7:41 PM23 days ago
With these numbers now in the Clausura 2020, Monarcas Morelia and Queretaro arrive at tonight's game.
7:36 PM23 days ago
This was the reconnaissance of the Estadio Morelos court that Querétaro did a few moments ago.

7:32 PM23 days ago
To the surprise of many, tonight Monarcas Morelia will play in their alternative green uniform. 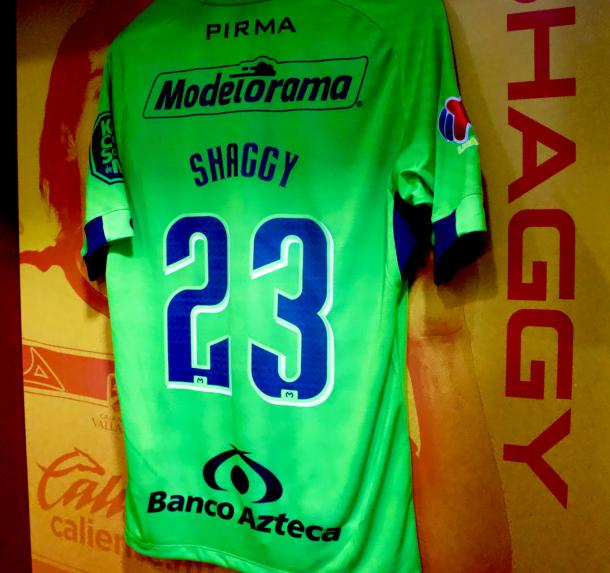 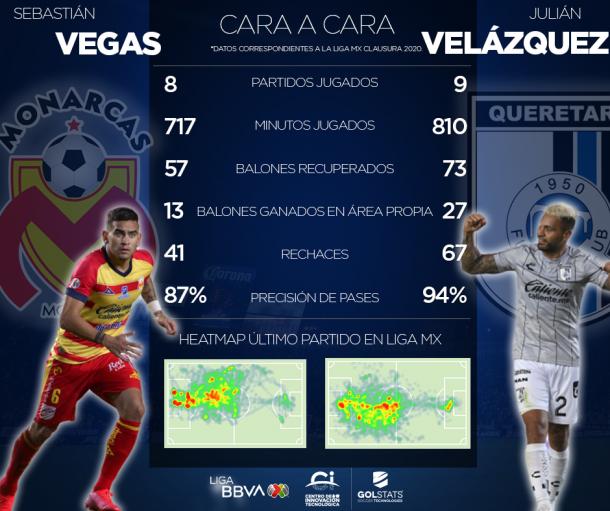 7:25 PM23 days ago
This is how the health protocol is carried out for each of the fans that will enter Morelos Stadium.

7:12 PM23 days ago
World football has been paralyzed by the COVID-19, but in Mexico it is still in the MX League. Mexican soccer authorities give these recommendations to the fans who will attend the stadiums.
7:09 PM23 days ago
We started the coverage of the match that opens the activity of the 10th round of the MX League. Monarcas Morelia host Queretaro at home.
7:04 PM23 days ago
Do not miss a detail of the match with the live updates and commentaries of VAVEL. Follow along with us all the details, commentaries, analysis and lineups for this Monarcas Morelia vs Querétaro match at Morelos Stadium.
10:05 PM24 days ago

How to watch Monarcas Morelia vs Querétaro Live TV and Stream

Ariel Nahuelpan, striker from Queretaro. The Argentinean attacker is demonstrating how transcendental he is for Gallos Blancos, but not only in the amount of goals that are five; but in all the scheme of game. Ariel has remained a fundamental piece and in Vucetich's team he is not only important to score goals.
10:00 PM24 days ago

Ángel Malagón, goalkeeper of Monarcas Morelia. Fully motivated by the call to the Pre-Olympic Team, the young goalkeeper is showing his great level. His great level helped him to take the starting spot away from Sebasitan Sosa in the goal and now Malagon has the responsibility to keep the Morelia goal at zero.
9:55 PM24 days ago

Querétaro, clinging to the qualification zone

Once again, the team coached by Victor Manuel Vucetich has overcome the losses of the squad and has the team fighting for qualifying places. Last week at home, they drew with Toluca. With 15 points, Gallos Blancos are in seventh position and can't help but add to that if they plan to make it to the group.
9:47 PM24 days ago

This Clausura 2020 has been one of instability on the part of Monarcas Morelia where they have had a series of ups and downs. Ranked 14th in the overall standings, they won 2-1 against Necaxa in Aguascalientes last weekend. This may mark a watershed for the rest of the tournament and start a positive streak to get back into the liguilla.
9:42 PM24 days ago