A highly effective Borussia Dortmund continues in the title hunt with a win over a Wolfsburg side that probably deserved more.
11:22 AMa year ago

Schlager gets a yellow card after a foul in midfield.
11:22 AMa year ago

Sancho with a through ball for Haaland who fails to shoot after decent defending from Wolfsburg.
11:21 AMa year ago

Team goals don't get much better than this 😍 @BlackYellow pic.twitter.com/LhvJxsz6H8

Arnold with a challenge on Hakimi that costs him the yellow card.
11:15 AMa year ago

Mehmedi is replaced by Joao Victor.
11:13 AMa year ago

Balerdi and Schmelzer come on instead of Delaney and Guerreiro.
11:13 AMa year ago

Klaus gets sent off after an ugly challenge on Akanji. VAR assists the ref on this one.
11:11 AMa year ago

Hazard is replaced by Reyna.
11:09 AMa year ago

Jadon Sancho takes the ball in midfield and uses his pace to lead a counter-attack.

He passes to Hakimi inside the box and the former Real Madrid man finishes it to the far post to make it 0-2.

Brooks finds a rebound outside the box and looks for the far post.

His attempt is just wide from the target.

Hazard takes down Mbabu and gets a yellow card.
11:01 AMa year ago

Sancho goes for goal, but his attempt is blocked.

The ball falls to Guerreiro who tries himself, but the ball is sent to a corner kick.

Wolfsburg now in control of the ball and playing in the opponent's half. However, the last pass has lacked precision for them and their chances haven't been clear.
10:56 AMa year ago

Brooks hits Sancho from behind and sees the yellow card for it.
10:55 AMa year ago

Brandt leaves his place on the pitch for Sancho.
10:54 AMa year ago

Ginczek and Roussillon are replaced by Brekalo and Klaus.
10:53 AMa year ago

Steffen finds a ball just outside the penalty area and hits a powerful volley.

Bürki has to make a diving save to keep his team in front.

Ginczek is now shown a yellow card by the referee.
10:46 AMa year ago

Delaney is cautioned after a late challenge on Arnold.
10:42 AMa year ago

Rainfall starting to make its presence felt at the Volkswagen Arena.

We'll see if this affects the precision of passes from both sides.

Wighurst makes a great play to leave Steffen one-on-one with the keeper.

The shot hits the crossbar and leaves the pitch!

Emre Can replaces Mats Hummels as centre-back.
10:36 AMa year ago

After very hard-fought first half, BVB is in front thanks to a goal from an in-form Raphael Guerreiro.
10:18 AMa year ago

Guerreiro with the 0-1 for Dortmund

Erling Haaland totally meant to do that 😂 @BlackYellow pic.twitter.com/eQpZ4pqjDG

Hazard finds the ball near the edge of the box and goes for goal.

He fails to make good contact with the ball and an important chance goes to waste.

Wolfsburg attempts to play a bit higher up the pitch to get the equalizer, but they're having trouble creating offensive football.
10:08 AMa year ago

The match is temporarily stopped as Roussillon had to be tended by the medical team.

Everything seems fine with the Wolfsburg man and we continue.

Hazard gets inside the box and sends a low cross looking for Haaland.

The Norwegian fails to tap the ball in, but Raphael Guerreiro finds the ball and sends it to the back of the net.

Several mistakes from both sides when trying to move the ball around.

Mehmedi sends a decent cross looking for Wighurst, but the header ends up being too wide to worry Bürki.
9:53 AMa year ago

The game continues with Dortmund in control of the ball and Wolfsburg defending well.
9:48 AMa year ago

Hazard looks for the far post with a left-foot strike. The ball does not curve enough and it goes wide!
9:47 AMa year ago

Dortmund have gained possession in the last minutes, but are yet to create a clear chance.
9:44 AMa year ago

The game was stopped for a few seconds as Dahoud seemed to be injured.

Dortmund's #8 is ready to continue.

The game begins with a midfield battle. Neither team is able to gain clear control of the match.
9:37 AMa year ago

The Bundesliga is testing adding stadium ambient noise to the video signal distributed around the world.

This has the intention of helping spectators get immersed into the empty-stadium matches that will be played until the end of the season.

We're underway with the match between VFL Wolfsburg and Borussia Dortmund.
9:30 AMa year ago
Both teams step onto the pitch and we're ready for the start of the match.

A minute of silence is kept to honor those who have passed away due to COVID-19
9:24 AMa year ago

Michael Zorc, BVB's sporting director, has confirmed that the club will not be renewing Gotze's contract.

“We will part ways with Mario Götze this summer. It was a mutual and respectful decision. Mario is a great man.”

9:21 AMa year ago
The pitch at Wolfsburg looks in terrific shape for the start of the match! 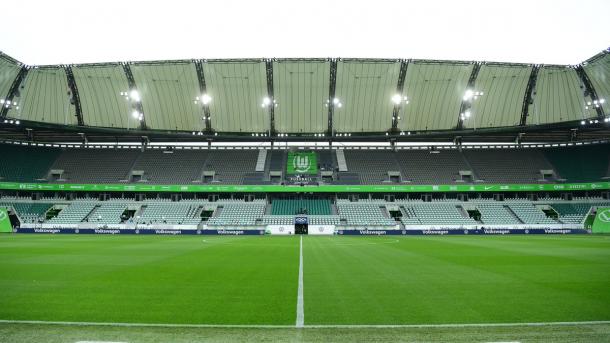 Don't go anywhere!
9:11 AMa year ago
Borussia Dortmund is the only Bundesliga team with three players on double figures for goals for the season.

9:07 AMa year ago
Dortmund have won their last four matches at Wolfsburg.

The Wolves have never lost five in a row to one rival. Can they stop the BVB's streak?

Who will come out on top?

Meanwhile, Dortmund have won eight of nine played in 2020.

Emre Can and Jadon Sancho will have to wait on the bench as Lucien Favre has decided that the starters from last week's 4-0 victory will repeat today.
8:54 AMa year ago

Three changes in Wolfsburg with regards to last week.

Top scorer Wout Weghorst back from suspension for Joao Victor. 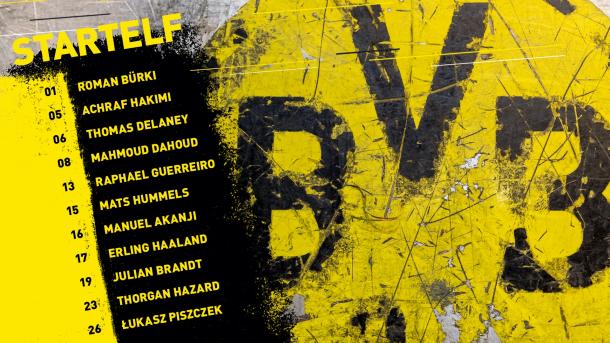 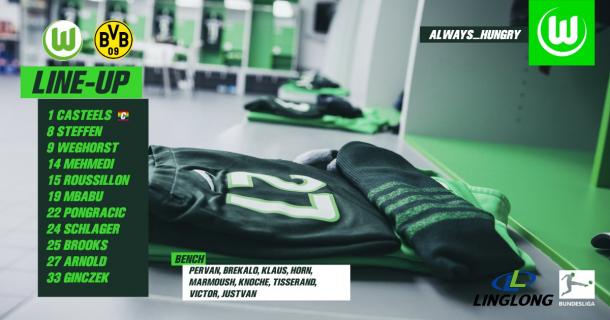 8:42 AMa year ago
Everything set as the Volkswagen Arena for today's match.

The game will be played to an empty stadium with no more than 300 people being allowed on the premises. 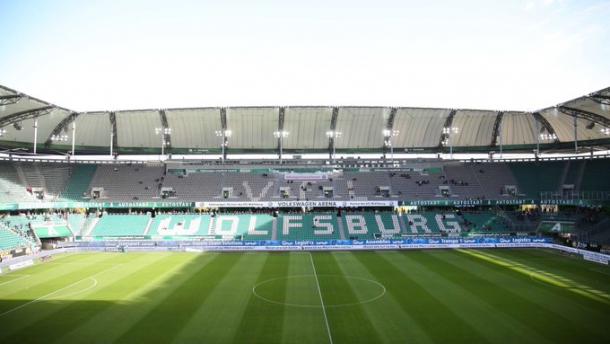 8:37 AMa year ago
BVB shared this artwork imitating the style of Grand Theft Auto to promote the match in their Twitter account.

The game developed by Rockstar Games has been trending lately as it's been offered for free as part of the efforts to keep people at home during the pandemic. 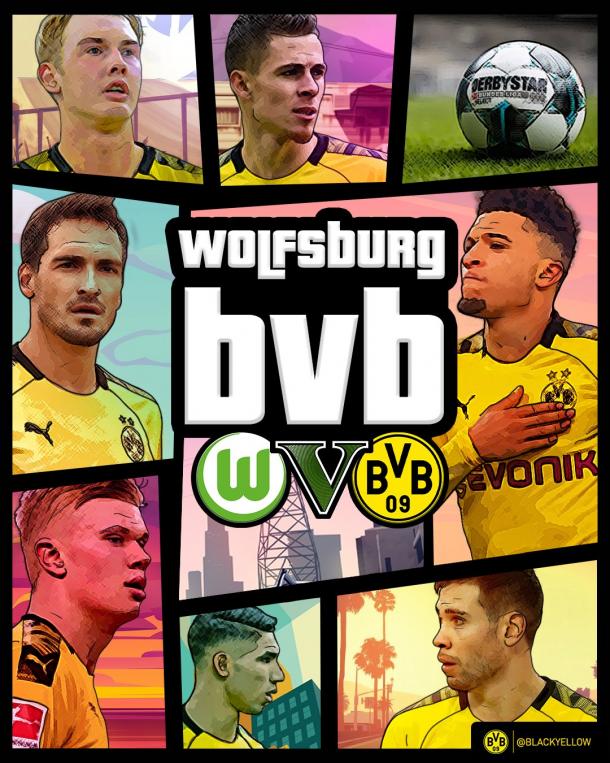 We're ready to bring you all the actions of the match between Wolfsburg and Borussia Dortmund.

Kick-off is just an hour away! Don't go anywhere!

5:52 PMa year ago
Do not miss a detail of the match with the live updates and commentaries of VAVEL. Follow along with us all the details, commentaries, analysis and lineups for this Wolfsburg vs  Borussia Dortmund match.

Wolfsburg will have changes in its starting XI as their star striker Wout Weghorst will return after serving a one-game suspension.

Guilavogui and Gerhardt will miss the game as they're still recovering from their respective injuries. 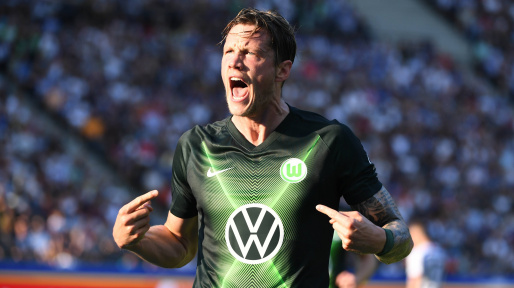 Jadon Sancho and Emre Can are both expected to return back to the starting line-up this week. 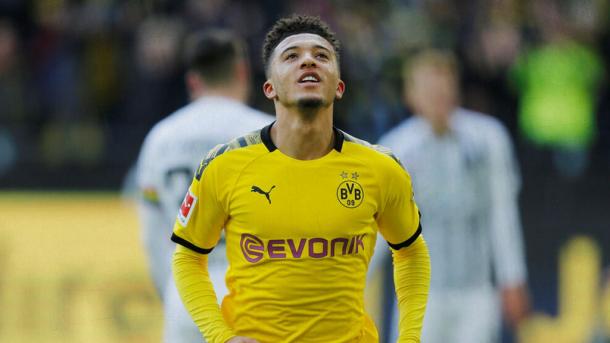 BVB won't be able to count with Marco Reus, who is still struggling with an injury.
5:33 PMa year ago

How to watch Wolfsburg vs Borussia Dortmund Live TV and Stream

5:27 PMa year ago
Borussia Dortmund made a powerful return to the Bundesliga by defeating their rival Schalke 04.

Rafael Guerreiro scored twice and Julian Brandt provided two assists in a game that ended 4-0 and showed off Dortmund's power.

The black-and-yellow side remains in title contention BVB as they're second in the league just 4 points behind Bayern. 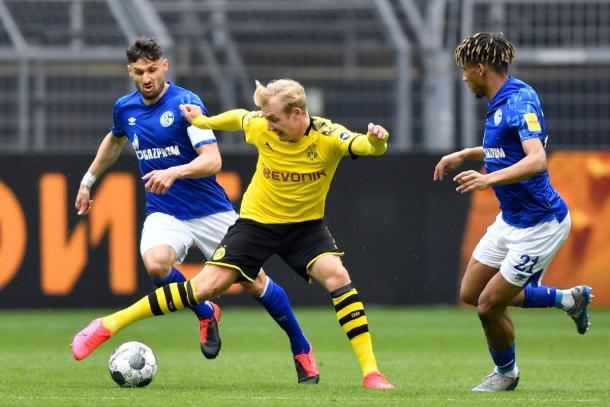 5:15 PMa year ago
Wolfsburg achieved a dramatic win last week with a goal on the 91st minute against Augsburg.

Wolfsburg was in control of the game for the larger part of the match, but they were unable to materialize their dominance in the scoreboard until Ginczek made the winner in stoppage time.

The Wolfsburg vs Borussia Dortmund match will be played at the Volkswagen Arena, in Wolfsburg, Germany. The kick-off is scheduled at 9:30 am ET/ 6:30 am ET. 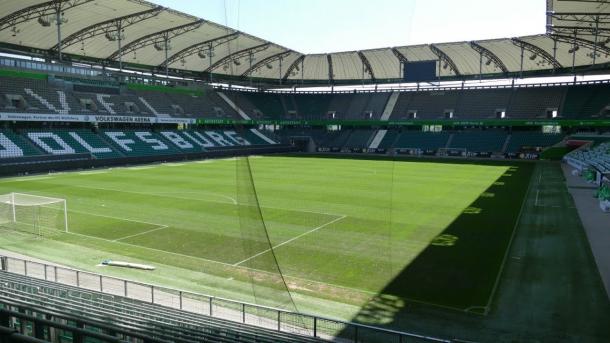 Welcome to VAVEL.com’s LIVE coverage of the 2020 Bundesliga match: Wolfsburg vs Borussia Dortmund.

My name is Juan Pablo Rodriguez and I’ll be your host for this game. We will provide you with pre-game analysis, team updates, and news as it happens live here on VAVEL.

Austin FC vs Colorado preview: How to watch, team news, predicted lineups and ones to watch 7 hours ago

Philadelphia Union vs Chicago Fire preview: How to watch, kick-off time, team news, predicted lineups, and ones to watch 41 minutes ago
//