Juventus does enough to get to the Coppa Italia against a Milan side that lost a man early on the game and had a very difficult time getting any offense going.
4:57 PM2 years ago

Donnarumma saves another shot and it's the twelfth time Juve has a corner kick.
4:54 PM2 years ago

Cuadrado with a powerful and off-target shot.
4:52 PM2 years ago

Saelemaekers and Laxalt come on instead of Conti and Calabria.
4:47 PM2 years ago

Cuadrado comes on instead of Danilo.
4:43 PM2 years ago

Kessie and Paqueta leave their place on the pitch for  Krunic and Colombo.
4:42 PM2 years ago

Dybala shoots and Donnarumma makes an unorthodox save!
4:40 PM2 years ago

Kjaer heads the ball at the near post and it's just inches from going in!
4:39 PM2 years ago

Sandro makes a good clearance to a cross looking for Romagnoli.
4:33 PM2 years ago

The game continues under Juventus control, but the clear chances are not coming from them.
4:24 PM2 years ago

Shot by Cristiano that takes a slight deflection. The ball is lobbed and almost gets inside the goal.
4:17 PM2 years ago

Long ball in clear space for Cristiano Ronaldo, but Romagnoli barely gets there with a sliding tackle to stop him from going one on one with the keeper.
4:13 PM2 years ago

Bonaventura is replaced by Leao.
4:10 PM2 years ago

Diving header by Callanoglu that ends up being too wide!
4:06 PM2 years ago

We're underway with the second half of this match between Juventus and Milan.
3:51 PM2 years ago

We go to the break without any goals on the scoreboard.

With this result, Juventus is through to the final on away goals.

Bonucci attempts to score with heel kick from a cross incoming from the left.

The ball is too wide to worry Donnarumma.

Milan are now having longer possessions than they did before, but still quite unable to create any chances.
3:42 PM2 years ago

Cristiano shoots with his left, but Donnaruma is well-positioned to make the save.
3:38 PM2 years ago

With ten men, Milan has an extremely difficult time leaving their own half.

Most of the game happens in its own half and their attacks are scarce.

Donnarumma makes a terrific stop to a powerful shot by Matuidi.
3:31 PM2 years ago

Douglas Costa crosses the ball to Cristiano who attempts a left-footed strike.

The ball is wide after CR7's contact with the ball isn't ideal.

The last time Cristiano sent a penalty kick to the post was on 18-april-2015 against Malaga.
3:20 PM2 years ago

Rebic gets sent off after a terrible challenge on Danilo.  His cleats end up on the defender's chest.
3:18 PM2 years ago

The ref sees enough evidence to call a penalty kick for Juventus!
3:16 PM2 years ago

Cristiano finds the ball inside the box and goes for goal, but the attempt is wide!

VAR will check for a potential handball from Conti in the play.

Dybala attempts a shot from mid-distance, but the ball again takes a deflection.
3:11 PM2 years ago

Total control from Juventus in the opening minutes of the match.

They pressure high and force the rival to risk the ball with longer passes.

Dybala takes a free kick near the edge of the box, but the ball is deflected to a corner kick by the wall.
3:05 PM2 years ago

Alex Sandro makes a terrific run down the left flank, gets inside the box, and crosses the ball back to Douglas Costa.

The Brazilian winger tries finishing to the far post, but his attempt is wide!

We're underway with the second leg of the Coppa Italia semifinal between Juventus and Milan.
3:00 PM2 years ago
A minute of silence is kept to honor those who have passed away during this pandemic.
2:59 PM2 years ago
We're short minutes away from the start of the match.

Both teams step onto the pitch and line up, with a healthy distance, for the Coppa Italia anthem.

2:48 PM2 years ago
Juventus holds the record for playing in the most finals in the Italian domestic Cup with 18.

They're followed by Roma with 17, Inter have 13 and Milan are next with 12 finals played.

2:40 PM2 years ago
In the last 13 games on home soil against Milan in the Coppa Italia, Juventus have achieved six wins, four defeats and three draws.
2:30 PM2 years ago
De Ligt and the rest of his teammates also took some time to get onto the field at Allianz Stadium and feel its grass after the three months of inactivity. 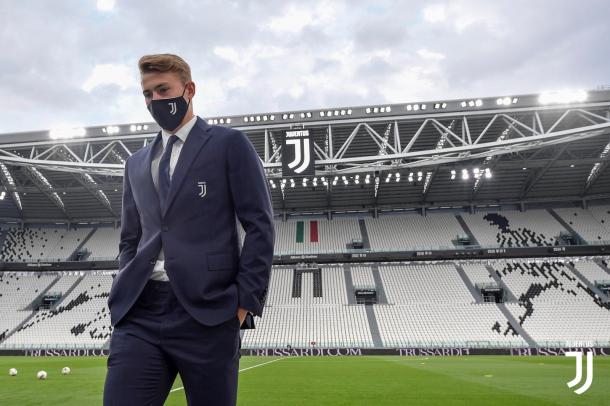 2:25 PM2 years ago
Out of the eight semifinal matches played so far between Juventus and Milan in this competition, the Rossoneri have won only the first of this series back in June 1967.

They have not been able to find a victory in all the following seven with four draws and three defeats to their credit. 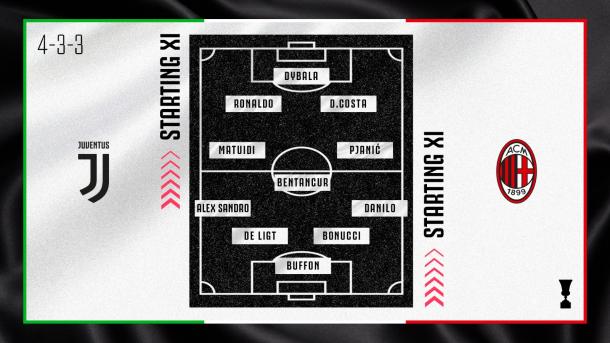 Negative streak in the last 35 years for Milan

AC Milan has not defeated Juventus in the Coppa Italia since its 1985 1-0 victory. After that, in 13 total matches, we'eve seen eight Juventus victories and five draws.
2:14 PM2 years ago
The away team has also arrived at tonight's venue.

They've taken a few minutes to step on and get used to the grass of Allianz Stadium.

2:10 PM2 years ago
The Juve squad makes its arrival to their home ground after more than three months of not playing in it.

Will this be a happy return or will Milan have other plans?

This will be fixture number 27 in the Italian Cup between Juventus and Milan. There have been 11 victories for the Bianconeri, seven to the Rossoneri, and eight draws overall.
1:38 PM2 years ago
The Rossoneri have made their way to Turin under a strict sanitary protocol that includes the use of facemasks at all times to avoid the possible spread of the virus. 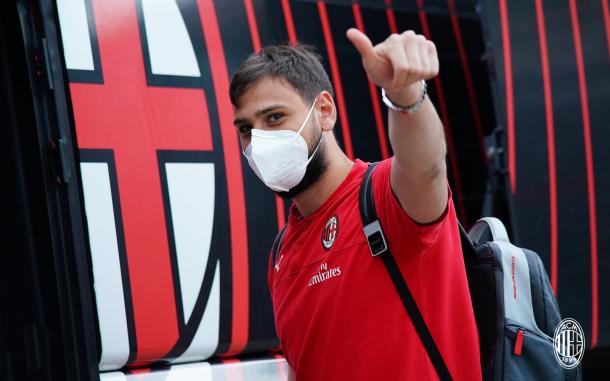 Tickets will be refunded.

As the game will be played without a live crowd thanks to the ongoing global pandemic, the home team has decided to issue refunds to all ticketholders for the the match.

"Given the absolute peculiarity of the national context, Juventus F.C. has decided - in exception to the recent applicable legislation, as well as to the contractual conditions currently in force - to reimburse the price of the single ticket purchased and paid by the fans through the official sales channels for the Coppa Italia match between Juventus F.C. vs Milan"

Do not miss a detail of the match with the live updates and commentaries of VAVEL. Follow along with us all the details, commentaries, analysis and lineups for this Juventus vs Milan match.
10:43 AM2 years ago

How to watch Juventus vs Milan Live TV and Stream

If you want to watch the game on TV, your options are: ESPN+ and Rai Italia Nord America

¿No Zlatan, No Party?

Zlatan Ibrahimović is the main absentee for the second leg of the Coppa Italia semifinal.

The striker was injured in the period of social isolation and did not recover in time for the clash against Juventus.

#JuveMilan: here's our 23-man squad list for the clash in Turin 🔴⚫

10:37 AM2 years ago
Juventus coach Maurizio Sarri will be without striker Gonzalo Higuaín.

However, the main question for today is who will guard the net for the Bianconeri. Gianluigi Buffon and Wojciech Szczęsny compete for the place in the starting XI.

If there's a draw, we go straight to the penalty spot.

Last Wednesday, the Italian Football Federation announced that it will make a change to the rules of the tournament.

If the match between Juventus and Milan ends in a draw, the confrontation will not have an extra-time and will be decided directly on penalties.

The idea is so that players do not suffer from exhaustion as the remainder of the 2019-2020 season will be played with very short breaks between games.

The game tonight will make history as it will be the first of a long series with the special measures due to the Coronavirus pandemic, including no spectators.

Tonight's winner will qualify for Wednesday's final in Rome against the Napoli-Inter winner, scheduled for tomorrow evening.

10:29 AM2 years ago
After 95 days, Italian football is officially back on the field with Juventus and Milan competing for a spot in the Italian Cup final.

This semifinal has an aggregate score of 1-1 after the first 90 minutes at San Siro on 13 February. Rebic's 62nd-minute goal gave Milan the lead, but Cristiano Ronaldo replied from the penalty spot to level the score.

Houston Dynamo 2-0 Chicago Fire: Getting what you deserve 31 minutes ago
//