Barcelona drops two points against a valiant Celta de Vigo side, leaving Real Madrid with a chance to go two points clear at the top of the table.
12:56 PMa year ago

Dennis Suárez crosses the ball for Nolito at the back post. His finish is not the best and the keeper gets it out right on the goal line.

The goal from Aspas to make it 2-2

Five minutes of added time for the match.
12:50 PMa year ago

Aspas gets a yellow card for taking his shirt off during his goal celebration.
12:49 PMa year ago

Iago Aspas takes a free-kick. He bends the ball on the side of the wall,  and ties the game!
12:45 PMa year ago

Riqui Puig is replaced by Arthur Melo.
12:42 PMa year ago

Braithwaite now sees the yellow card for a foul near midfield.
12:41 PMa year ago

Jacobo is replaced by Santi Mina.
12:40 PMa year ago

Firpo and Griezmann come on instead of Alba and Suárez.
12:40 PMa year ago

Nolito finds a little space inside the box an shoots to the near post.

Ter Stegen makes a terrific save to keep Barcelona in front.

The game resumes after the hydration break.
12:36 PMa year ago

The game pauses again for another cooling break.
12:36 PMa year ago

Messi takes a free-kick, but the shot takes a deflection and we'll have a corner kick.
12:33 PMa year ago

Nestor Araujo is replaced by Murillo.
12:32 PMa year ago

Suárez putting Barça back on top with this goal

Ansu Fati is replaced by Braithwaite.
12:28 PMa year ago

Luis Suárez uses his body to turn around inside the box and sends it to the back of the net!
12:27 PMa year ago

Aidoo makes consecutive plays to stop Ansu Fati for going through on goal.
12:21 PMa year ago

Araujo is booked after a foul on Luis Suárez.
12:21 PMa year ago

Triple substitution for the home team.

Umtiti is shown a yellow card after a foul on Méndez.
12:12 PMa year ago

Barcelona tries to respond right away with a chance from Messi, but the attempt is over the bar.

The Blaugranas argue for a penalty, but the referee and VAR do not award it.

Okay places a beautiful ball for Smolov who only needs to tap it in to equalize!
12:08 PMa year ago

Semedo takes a shot that is too high to worry Blanco.
12:08 PMa year ago

Celta starts the half with a good chance that is well-defended by Umtiti. The Frenchman makes a terrific sliding tackle to stop Aspas from getting into scorirng position.
12:06 PMa year ago

At the break, we have Barcelona in front, thanks to a clever free-kick play from Messi and Suárez.
11:50 AMa year ago

Messi goes for goal straight from the corner kick, but Blanco punches it away before the ball could go in.
11:47 AMa year ago

Fati makes a run down the left flank. Instead of crossing, he shoots, but the attempt is nowhere near the goal.
11:45 AMa year ago

Aspas had a good chance to score as only Piqué was in front of him.

The defender does great to delay the play so Arturo Vidal could get there and support him.

Messi dribbles his way to the edge of the box.

He tries using his left to place a shot to the right-top corner, but his attempt is too high.

Messi sets up a huge chance for Ansu Fati near the penalty spot, but the Celta center-backs do great to clear it before the youngster could shoot.
11:36 AMa year ago

Méndez sees a yellow card after a foul on Rakitic near midfield.
11:35 AMa year ago

Vidal finds space at the edge of the box, but his attempt is off-target.
11:34 AMa year ago

The game resumes after the hydration break.
11:32 AMa year ago

The game is paused for a cooling break.
11:32 AMa year ago

Barcelona has had 76% of the ball possession during the game, however, Celta has reacted well to the goal from the Catalans.
11:28 AMa year ago

Suárez makes the 0-1 after a great pass from Messi

GOAL BARCELONA! 🔥🔥🔥 #Messi crosses it and #LuisSuárez heads it in with an interesting free-kick tactic 🤩⚽️💥 #CeltaBarça pic.twitter.com/AuDFzdPWNq

Méndez one-on-one with Ter Stegen. The shot takes a small deflection off the keeper and hits the post!

Smolov intercepts a pass from Ter Stegen which leaves him in a good position to score. However, Piqué makes a terrific defensive play to stop him from scoring.
11:23 AMa year ago

Messi takes a free-kick. Celta defends with two players on right the goal line to stop a possible shot.

He surprises everyone and instead of shooting, he places the ball right on Suárez's head who makes it 0-1 for Barcelona.

Barcelona continues to put pressure on Celta. The home team defenders really struggling to keep them out of the danger zone.
11:16 AMa year ago

Semedo finds space down the wing to make a run. He attempts a cross, but the defense does well to clear it.
11:14 AMa year ago

Jordi Alba is cautioned after a raised elbow on Méndez.
11:12 AMa year ago

Messi cuts inside trying to get a shot in, but his attempt is headed out by Jorge Saénz.
11:09 AMa year ago

On a quick transition, Smolov finds himself inside the box and tries his luck with a shot.

The ball is deflected to a corner kick.

Corner-kick from Messi to the near post. Piqué gets there and heads it straight at the crossbar!
11:06 AMa year ago

Barcelona takes control of the ball during the first minutes of the match. They'll look to score early.
11:04 AMa year ago

We're underway with the match!
11:00 AMa year ago
Both teams step onto the pitch and we're ready for the start of the match!
10:56 AMa year ago
Antoine Griezmann has scored eight goals against Celta.

Today he starts on the bench and will look for his first goal against this rival as a Barcelona player.

Celta is just about to finish its warm-up at Balaídos. We're just 10 minutes away from kick-off!

The best shooters in La Liga

Barça and Celta are first and second for shooting accuracy this season.

10:39 AMa year ago
Last time these two sides met, a Messi hat-trick lead Barcelona past RC Celta.  The final score was 4-1.
10:35 AMa year ago
As always Marc Andre Ter Stegen is the first one to start his warm-up for the Blaugranas. You'll see that he steps onto the pitch with his right foot first as a sign of good luck.

🚨 BARÇA LIVE | #CeltaBarça
🍿 WARM UP SHOW & MATCHCENTER ⚽
When it’s over we will see you on Barca TV+ with post game analysis and reactionshttps://t.co/v28AM27Zzq#OnlyForCulers https://t.co/H0AyinXon0 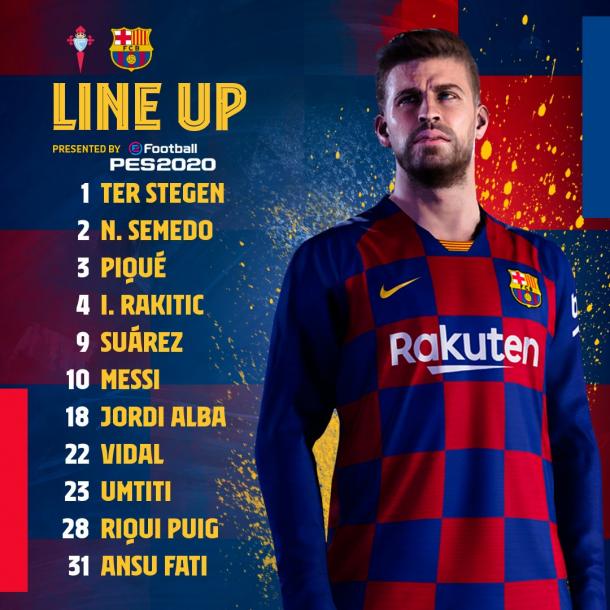 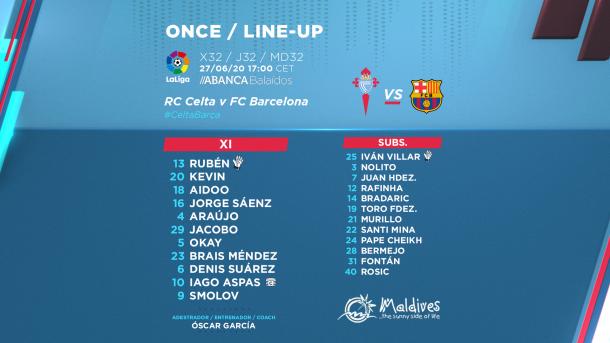 
10:08 AMa year ago
FC Barcelona did the same about a half-hour ago. Here are some images of the away team leaving the hotel for the Estadio de Balaídos.

10:06 AMa year ago
The Galician side has made its arrival today's match venue following the sanitary protocols in place to avoid the spread of COVID-19.

We're ready to bring you the most relevant actions that happen at Balaídos in the match between Celta and Barcelona.

We're an hour before kick-off. Lineups are coming soon.

"I am still convinced (we can win the title). There are seven games to play and it is very difficult for even Madrid, like us, to win all the games.", he stated. 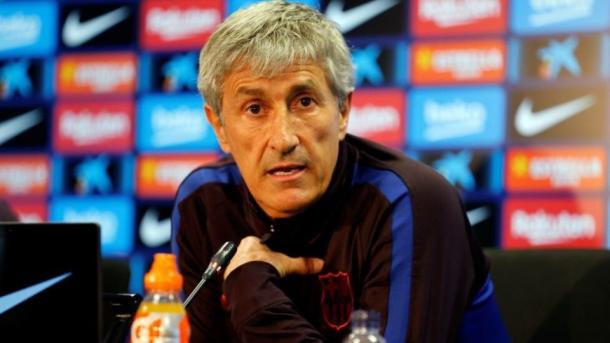 2:06 AMa year ago
Celta boss Óscar García, who was just renewed for two more years, said this will be a match like any other, but he did recognize Barcelona as a team of a different level.

"I prepare the match the same. Yes, it is true that the rival is different because it is very strong. They have the best in the world on their squad and they can decide the match at any moment." 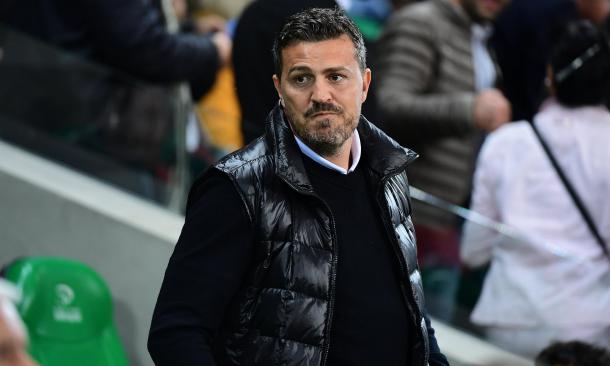 If you want to watch the game on TV, your options are beIN Sports and beIN Sports En Español.

Celta will try to make it three in a row!

The Galician club started the post-confinement period with a defeat and a draw, but, in the last two matchdays, it has achieved two vital victories, against Alavés and against Real Sociedad at home.

Celta is in a good form to host one of the best teams in the championship, FC Barcelona, so we can hope for an interesting game.

FC Barcelona reaches the thirty-second matchday of the 2019-2020 La Liga with everything to decide.

Quique Setién's men will have to do their job against Celta de Vigo to become momentary leaders in the table and stay in the title race. They're currently tied with Real Madrid as first, but do not have an advantage in the tie-break.

The Celta vs Barcelona match will be played at the Estadio de Balaídos, in Vigo, Spain. The kick-off is scheduled at 11:00 am ET/ 8 am PT. 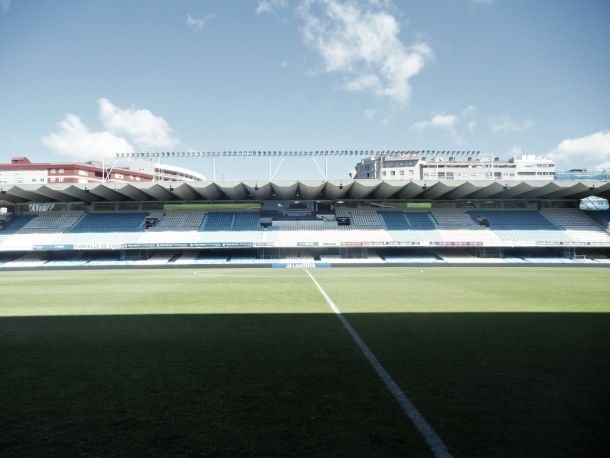