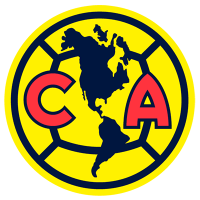 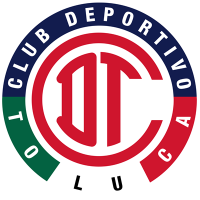 Two minutes added to the meeting
10:53 PM5 months ago

America continue to insist on a third, but Toluca stay sharp and avoid more goals
10:48 PM5 months ago

Phew! That's a good center, but the attentive Scarlet defense keeps them from heading
10:43 PM5 months ago

Good collective play by America, but Toluca's defence is attentive and prevents further danger
10:39 PM5 months ago
These are the XI players who started Toluca's second half

Rios is encouraged to shoot long distance, but the ball goes slightly off
10:31 PM5 months ago

Abella arrived in danger, but the local defense prevents him from reaching the area
10:29 PM5 months ago
With this lineup came America for the second half

Leo Suarez delays the ball and Sanchez arrives to finish it off but ends up flying the ball
10:22 PM5 months ago

After the changes, the match relaxed for the second half and little pressure is generated from both teams
10:16 PM5 months ago

Toluca change their line-up for the second half
10:15 PM5 months ago

It goes beyond the complementary part.
10:15 PM5 months ago

First half's over! The whistle ends the first part, after the problem of the light
9:54 PM5 months ago

Within minutes of the end of the first half, the lights went out in the stadium!
9:52 PM5 months ago

America's goal! Service of Giovanni Dos Santos that Mora ends up putting in own door
9:50 PM5 months ago

Tempers are running high! Strong entrance of Sauro on Martinez and this last one does not hesitate to claim him, the whistling calms the spirits
9:46 PM5 months ago

Emmanuel Aguilera flies the ball in the collection of the free kick
9:45 PM5 months ago

After blocking Sebastian Cordova's way, the whistler admonishes Antonio Rios and another opportunity is born for America on the edge of the area
9:42 PM5 months ago

Doorman! Roger Martinez had the second, but his shot ends up being stopped by Garcia
9:40 PM5 months ago

Controversial game! Paul Aguilar falls into the box, but the referee signals that there is nothing
9:37 PM5 months ago

There is a pause for rehydration for both teams
9:32 PM5 months ago

America is in the Toluca area and dominates the meeting
9:26 PM5 months ago

America's goal! Counter from Henry Martin, who takes advantage of Garcia's rebound and scores the first
9:25 PM5 months ago

Chalá gets the first caution of the match for a foul on Roger Martínez
9:15 PM5 months ago

Henry Martin arrives in danger, but Mora gets in the way and prevents him from shooting the bow
9:14 PM5 months ago

Luis Garcia! The goalkeeper deflects the collection of Dos Santos and saves the Devils from the first
9:13 PM5 months ago

Phew! Heavy foul on the edge of the area on Roger Martinez
9:12 PM5 months ago

Richard Sanchez's trallazo that sends to the stands
9:08 PM5 months ago

The match at the University Olympics starts! The teams return to activity after several months without playing
9:04 PM5 months ago

The meeting between America and Toluca is about to begin.
8:58 PM5 months ago

8:56 PM5 months ago
After Alfredo Talavera's departure, it is anticipated that Luís García will be the one to defend the goal

8:40 PM5 months ago
The red devils follow the protocols and customize the hydration

8:37 PM5 months ago
Toluca take to the field for pre-match warm-up

8:35 PM5 months ago
The University Olympic Stadium is already sanitized and ready to host the GNP Cup matches

8:24 PM5 months ago
Those coached by Miguel Herrera are already on the court for their warm-up

8:21 PM5 months ago
America and Toluca have not faced each other since the 2019 Apertura, where the Azulcremas won by a single goal in Hell
8:07 PM5 months ago

A few moments ago, America made Renato Ibarra's departure official, he will play with Atlas in the next tournament

8:03 PM5 months ago
Toluca have arrived at the stadium and will be looking for a good win

8:02 PM5 months ago
America has already arrived at the University Olympic Stadium, ready to make its presentation

10:58 PM5 months ago
Do not miss a detail of the match with the live updates and commentaries of VAVEL. Follow along with us all the details, commentaries, analysis and lineups for this América vs Toluca match.
10:57 PM5 months ago

How to watch América vs Toluca Live TV and Stream

If you want to watch the game on TV, your options are: TUDN, Canal 5, Azteca 7.

Toluca will look to emerge victorious

In addition to the inactivity, Toluca have had several losses and several additions since the departure of Alfredo Talavera and Leo Fernandez, two players who were key players in the last tournament. Names like Alfredo Saldivar and Raul Lopez have also arrived, as well as the return of Triverio

With only the casualties of Luis Fuentes and the young Haret Ortega, the azulcremas will look to return to the activity with a triumph. On the other hand it added to his ranks Luis Reyes, Adrían Goransch and Emilio Sánchez.

The América vs Toluca match will be played at the Olímpico Universitario, in Ciudad de México. The kick-off is scheduled at 08:00pm ET.
10:07 PM5 months ago
Welcome to VAVEL.com’s LIVE coverage of the 2020 Copa GNP por México match: América vs Toluca!

My name is Lorena and I’ll be your host for this game. We will provide you with pre-game analysis, roster updates, and news as it happens live here on VAVEL.

Sporting Kansas City 3-3 San Jose Earthquakes (3-0 on penalties): Melia the hero as Sporting through 6 days ago