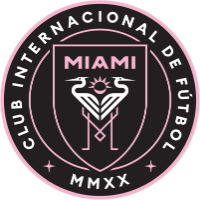 We hope you enjoyed VAVEL's coverage of MLS is Back with me, Drew Pells.

Thanks for watching and we'll catch you on the next one.

MLS Is Back With A Great Game

Orlando City's Nani got his side the three points with a goal late in stoppage. Orlando had to come from behind after Juan Agudelo scored just couple minutes after the restart. Chris Mueller equalized on 70 minutes from a Nani cross.

It was a tale of two halves as the first saw no scoring. Orlando controlled the first half hour before Miami took control to close out the half.

In the second half, Miami was once again the better side, evidenced by Agudelo's opener. But Orlando kept on pressing and their star man, Nani, made sure they wouldn't go down without a fight.

Not many great crosses came from the Portugese international, but one did, which lead to the equalizer. And then, he took the bull by the horns, scoring the winner when the ball fell to him in the box.

The game was slow at times, especially following the lengthy stoppage due to Andres Reyes' injury, but also opened up at other times. And the dramatic late finish was a perfect way to cap off the game.

MLS is back and so is Orlando City who earned three points to take pole position in the group and add to their season total and take them to 4
10:37 PM4 months ago
90+10 Yellow card to Rosell for a tactical foul by pulling down Pizarro
10:36 PM4 months ago
90+9 Pizarro sends in a desperate cross from the left half space towards the far post, but finds no one
10:35 PM4 months ago
90+8 Nani off for Rodrigo Schlegel
10:33 PM4 months ago

10 minutes are added on due to the substitutions and lengthy stoppage due to Reyes' injury
10:27 PM4 months ago
90' Chapman heads just over the bar!

Nguyen sends in the corner and Chapman rises up, but heads it just over the bar. So close to a winner

Mueller whips in a great cross from the right half space and Akindele gets a head to in centrally in the box, but can't redirect it

10:10 PM4 months ago
73' Agudelo subs off for Miami, with Julian Carranza coming on
10:09 PM4 months ago
72' Morgan free kick from the right half space after a foul on Pizarro goes wide left. Sends Gallese to dive, but pulls his hands back as it's not close enough on goal
10:08 PM4 months ago

70' Mueller with a sliding goal at the back post!

Nani attacks down the left flank and sends a dangerous low cross across the 6. Robles doesn't come off his line and Mueller slides to the back post and knocks it in

10:06 PM4 months ago
69' Tired legs are definitely showing as passing is starting to fall off and players aren't able to get to passes
10:03 PM4 months ago
66' Figal crashes hard into Mueller near midfield to stop an impeding Orlando attack. No foul given. Nani gets on to the ball and a shot from 30 yards out on the left side gets deflected out past the byline for a corner
10:01 PM4 months ago
65' Pereyra ambitiously shoots from outside the D and pulls it wide left after a good run into the final third
9:59 PM4 months ago
62' Dwyer and Urso off for Orlando. Sebastian Mendez and Tesho Akindele on to try and spark the attack
9:57 PM4 months ago
60' Pereyra drives into the final third and centers it for Mueller just outside the D, but Mueller passes is straight to the opposing team
9:56 PM4 months ago
59' Pizarro immediately wins a free kick in the left half space. Pellegrini with an awful delivery that doesn't threaten goal
9:55 PM4 months ago
57' Reyes is stretchered off and Pizarro comes on in his place
9:52 PM4 months ago
55' Stretcher comes on to the field with Reyes still in an incredible amount of pain

Thoughts and prayers that he'll be okay

9:49 PM4 months ago
52' Andres Reyes is down near midfield after the battle with Dwyer and is in serious need of attention. Physios are on the field to tend to him as he clutches his throat in clear pain

9:48 PM4 months ago
51' Dwyer wins the ball as Reyes and him go after a pass. Dwyer tries to play in Mueller on the counter, but the pass isn't enough
9:45 PM4 months ago

Orlando City kicks off the 2nd half

The first half ends goalless. Orlando City controlled the first half hour of the game other than an early Juan Agudelo muffed chance for Miami

But after the water break, Inter Miami turned it on with Matias Pellegrini moving centrally and looking much more threatening

Lots of crosses from both sides have missed the mark, with rust clearly showing. The first half got better as the game went on and the 2nd half should be better as well

Antonio Carlos lucky to not get a yellow

Free kick in a dangerous area for Miami, right half space

Pereyra plays him into the final third with a great ball between the defenders and Mueller tries to bend it around, but Robles with a great diving save

8:52 PM4 months ago
21' Dwyer with a hard foul on Reyes from behind. Lucky to not get a yellow card
8:51 PM4 months ago
19' Agudelo tries for the spectacular from midfield to catch the keeper off his line, but misses well wide

Cross from the left flank comes to Agudelo near post and he can't direct it in to goal. Goes wide for a goal kick

8:40 PM4 months ago
5' Morgan sends in a cross from the right flank and it's cleared out easily
8:37 PM4 months ago
2' Dwyer fouls Figal going for a loose ball, free kick to Miami
8:36 PM4 months ago
1' Pellegrini wins the first foul of the game near midfield in Miami's own half
8:35 PM4 months ago

1' Miami kicks us off and brings soccer and American sports back
8:19 PM4 months ago

Kick Off Moments Away

Coverage for our #MLSisBack Tournament opener is underway on ESPN now! 📺 pic.twitter.com/KVWfLtpaxG 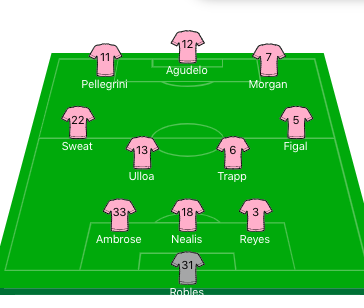 Our boys kicking off #MLSisBack! #ORLvMIA

Players In The House

When they are, we'll have them for you

The Stage Is Set

And we're live to bring you the game!

The MLS is Back tournament will feature a group stage and knockout rounds. Group winners and runners up, plus a few others, will advance to the knockouts with a chance to earn more than $1million in prize money and a spot in next year's Concacaf Champions League.

Plus, points earned in the group stage will count towards this season's standings.

No Fans, Real Or Artificial

No fans will attend the game or tournament. And according to reports, MLS will skip the artificial crowd noise used in many European leagues
2:04 PM4 months ago

A lot has been made of the weather and the potential effects it will have on the team. But hopefully each team will be used to and ready for the heat and humidity
1:58 PM4 months ago

Orlando City Ready To Get On Track

Orlando City drew Real Salt Lake 0-0 and lost 2-1 on the road to Colorado back in the Spring. Were those performances any indication of how they'll come out in this tournament?
1:57 PM4 months ago

Inter Miami lost both of their first two games in club history to open the season.

Miami lost 1-0 to LAFC and 2-1 at DC United before the season shut down.

Will they be able to change that in this game?

Thankfully Inter Miami vs Orlando City will take place, as some MLS teams have already had their issues when it comes to the Coronavirus
1:52 PM4 months ago

Nani, Rodolfo Pizarro, and Luis Robles all spoke to the media Monday and said they're feeling "safe" ahead of the tournament that's taking place during the Coronavirus insanity

Inter Miami will play only their third game in club history

What's going on everybody. Welcome to VAVEL.com’s LIVE coverage of MLS is Back and the opening match between Inter Miami and Orlando City

My name is Drew Pells and I’ll be your host for this game. I'll have pre-game news, updates, and analysis, plus roster updates and everything else leading up to the game as it happens live here on VAVEL.

Inter Miami CF vs Orlando City SC will take place at Disney's Wide World Of Sports where all 25 teams, minus FC Dallas, are in a bubble and kick off the World Cup style tournament

The game will be on ESPN and ESPN Deportes

Seattle Sounders vs Portland Timbers Preview: &nbsp;Battle in the Pacific Northwest 3 days ago