Los Angeles Galaxy loses a game due to a lack of effectivity and terrible defending against a Portland Timber side lead by Blanco that showed good play.
11:33 PM7 months ago

Chara tries his luck, but his attempt hits the side netting.
11:29 PM7 months ago

The third time is the charm!

Chicharito makes a tremendous movement inside the box and is found by a low cross.

He finally makes it 1-2 with a good finish to the near post.

Once again, the officiating team detects an offside in a play that ended with the ball in the back of the net.
11:20 PM7 months ago

VAR lets the referee know that there was offside on the play and the game remains 0-2.
11:19 PM7 months ago

An excellent cross from Pavon finds Wild at the far post. He finishes it with his left to make it 1-2.
11:18 PM7 months ago

Ebobisse is replaced by Niezgoda.
11:17 PM7 months ago

Valeri comes off instead of Tuiloma.
11:15 PM7 months ago

Klejstan leaves his place on the pitch for Wild.
11:14 PM7 months ago

Pavon takes the free-kick to the far post. The ball seemed to be going in, but it bounces off a teammate and a good chance is wasted.
11:12 PM7 months ago

Pavon seemed to be through on goal, but he gets fouled a few inches outside the box.

Dumbar is replaced by Cuello.
11:05 PM7 months ago

This was Ebobisse's goal for the 0-1

Blanco wins a ball near the end-line and powers himself into the box. His effort is rewarded as he makes it 2-0 for Timbers.
11:03 PM7 months ago

Blanco continues to be the best man on the pitch, opening up spaces for the rest of his teammates with his movement.
10:58 PM7 months ago

Blanco gets inside the penalty area, gets rid of the keeper and puts the ball in the middle so Ebobisse can finish it!
10:55 PM7 months ago

Loria is replaced by Yimmy Chara.
10:50 PM7 months ago

Chicharito strikes the ball with the back of his head and the attempt is just over the bar.
10:50 PM7 months ago

The LA players argue for a foul inside the box on Dunbar. The referee and VAR do not see it that way.
10:47 PM7 months ago

Chicharito misses a huge chance for LA Galaxy. With the goal wide open, he's unable to direct his shot to the target.
10:43 PM7 months ago

We're ready for the last 45 minutes of the match between Galaxy and Timbers.
10:27 PM7 months ago

We go to the break with neither team being able to break the deadlock. Chicharito missed a penalty.
10:23 PM7 months ago

A great ball from Feltscher looking for Hernandez, but the Mexican striker is caught offside.
10:21 PM7 months ago

Blanco gets inisde the box and shoots with his left,  but Bingham makes the save.
10:17 PM7 months ago

The game has lowered its amount of attacking plays. Ebobisse sends a cross from the left, but again it's straight at Bingham's hands.
10:12 PM7 months ago

Klejstan tries his luck from long distance, but Clark makes an easy diving save.
10:11 PM7 months ago

The game resumes after the pause for rehydration.
10:09 PM7 months ago

Bingham makes a good save to a powerful shot from Ebobisse.
10:04 PM7 months ago

Williamson sends a good low-cross, but the defense is able to get a small deflection on it before the ball could reach Valeri.
9:57 PM7 months ago

Williamson tries to put Valeri in scoring position, but his pass is just a little too long for the Argentine player to reach.
9:52 PM7 months ago

Clark stops Chicharito's shot from the spot and then makes another save to Klejstan shot on the rebound.
9:51 PM7 months ago

Pavon finds space at the edge of the box. Zuparic slides with his arms wide open and the referee rules a handball inside the box.
9:48 PM7 months ago

First important chance of the game. Williamson finds good space to make a header, but his attempt is wide.
9:42 PM7 months ago

Portland starts the match with more possession and willingness to attack.
9:39 PM7 months ago

We're underway with the match between LA Galaxy and Portland Timbers.
9:38 PM7 months ago

Chicharito and the rest of the Galaxy squad have made their way to the field. 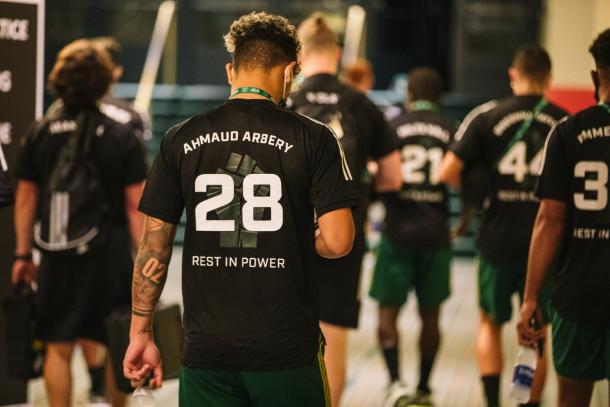 The LA Galaxy fans are ready for the start of the match! 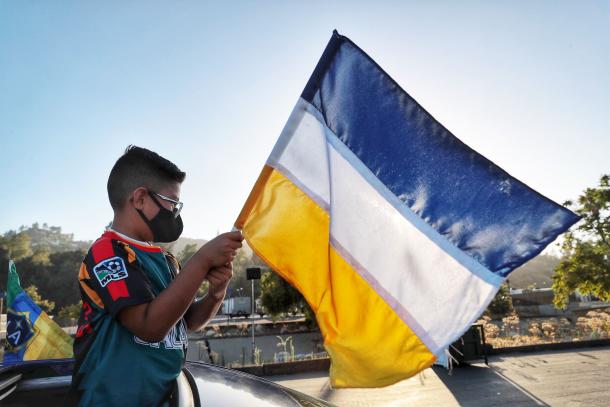 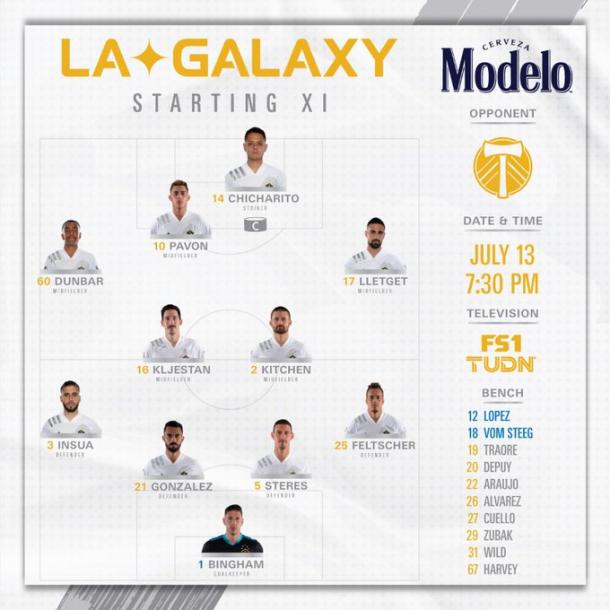 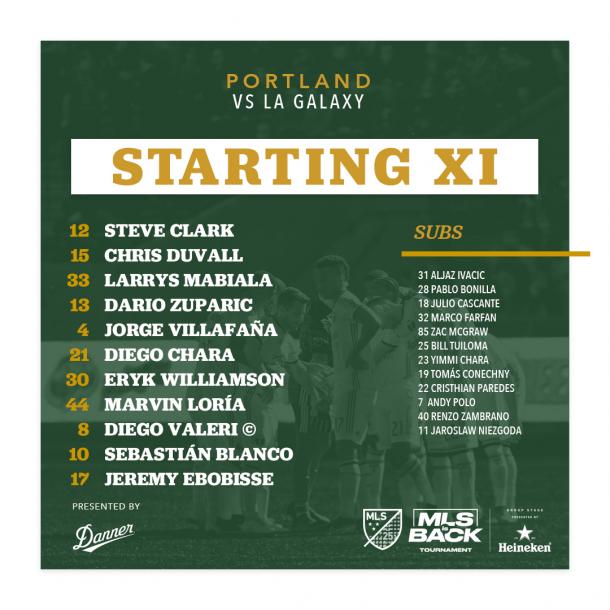 9:00 PM7 months ago
LA Galaxy captain Jonathan Dos Santos sent his best wishes to his teammates ahead of the game against Portland. 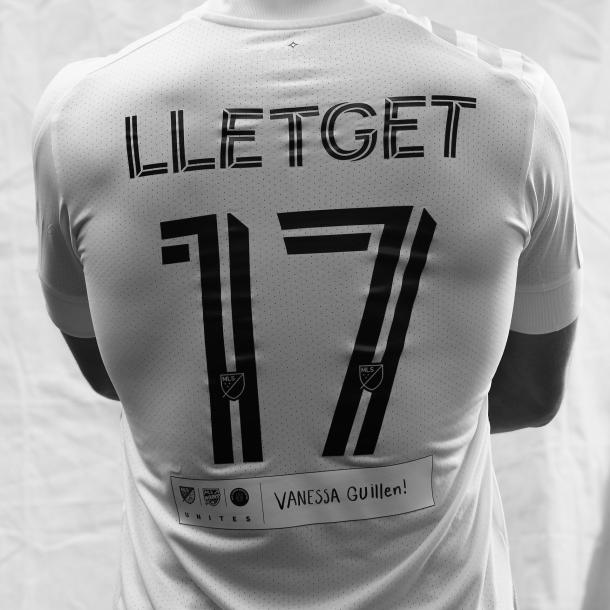 8:44 PM7 months ago
The Timbers will wear customized messages on their shirt regarding current global events.

8:39 PM7 months ago
The LA Galaxy organized viewing parties respecting social distancing protocols.  Fans will stay in their cars to view giant screens set up by the club. 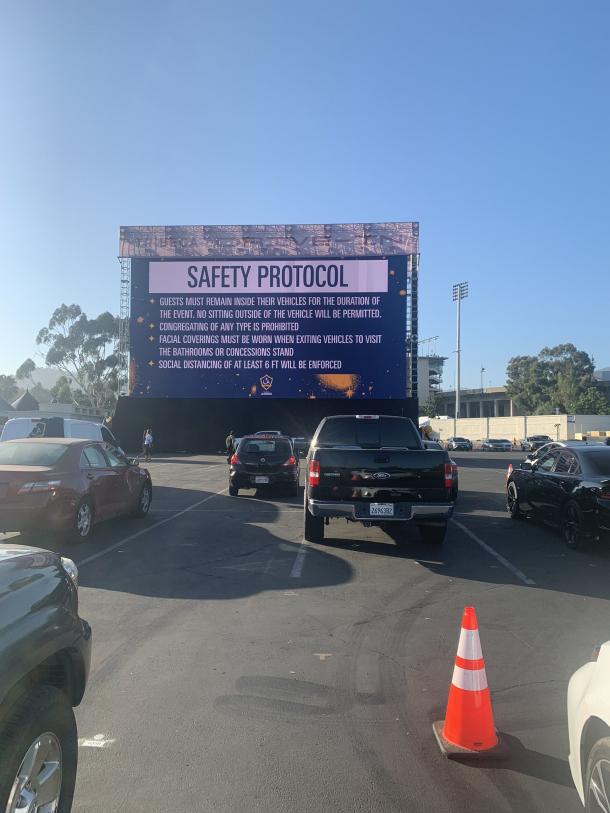 We're an hour away from the start of the match between Los Angeles Galaxy and Portland Timbers.

Do not miss a detail of the match with the live updates and commentaries of VAVEL. Follow along with us all the details, commentaries, analysis, and lineups for this Los Angeles Galaxy vs Portland Timbers match.
5:48 PM7 months ago

The referee for the match is Ramy Touchan.

He'll be assisted by Chris Wattam and Claudiu Badea, while  Ismail Elfath will act as the fourth official.

VAR will be operated by Jair Marrufo.

Dairon Asprilla is out of action thanks to a knee injury.

Felipe Mora is questionable. The former Cruz Azul and Pumas player has a right thigh strain.

The Galaxy won't count with Jonathan Dos Santos who is out with a groin injury and with Danilo Acosta who is also suffering from an ACL injury.

Joe Corona is also unavailable as he'll be serving a one-match ban after seeing the red card in the last league match. 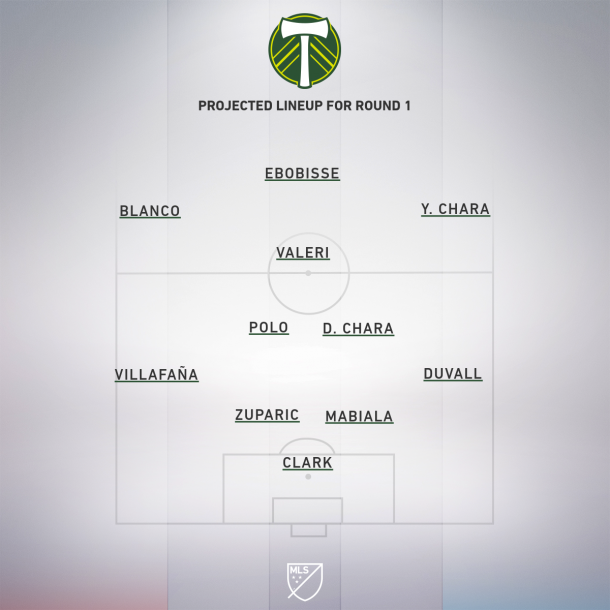 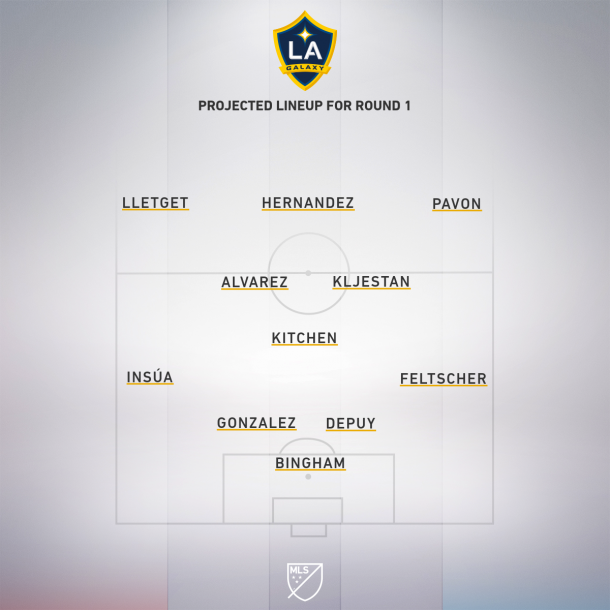 Timbers will look for three points no matter what!

The Portland side also had a rough opening match for the 2020 season. Despite greater possession and more shots, they were bested by Minnesota United at home.

Their second game, however, ended in a win thanks to an early goal by Diego Valeri. They'll hope that the Argentine can lead them to victory once more tonight.

The Galaxy needs to start with a win

The 2020 regular season had not started well for the LA Galaxy despite big anticipation due to the arrival of Javier 'Chicharito' Hernandez.

Their season opener ended in a 1-1 draw at Houston Dynamo, while their first game at home was a disappointing 0-1 defeat to the Whitecaps thanks to a goal by Ricketts on the 74th minute.

If you want to watch the game on TV, your options are FS1 and TUDN.

If you want to directly stream it: FOX Sports App, TUDN App

5:31 PM7 months ago
The entirety of the MLS is Back Tournament will be played at the ESPN Wide World of Sports Complex at Orlando, Florida behind closed doors.

Only essential personnel will be at the site, while players and staff are not allowed to leave the complex during the tournament. 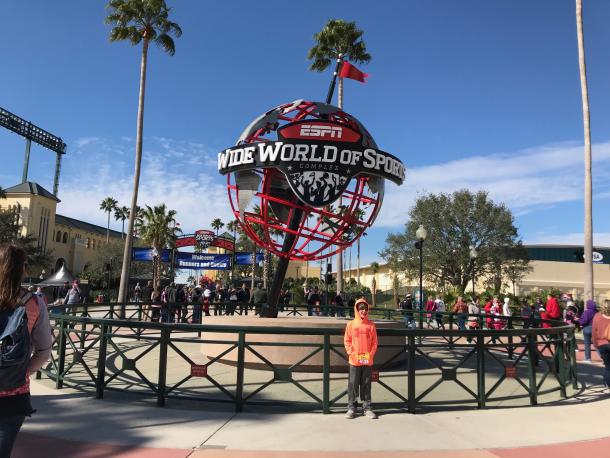 MLS is Back and we know it!

The "MLS is Back" tournament features a group stage and knockout rounds. The winner of the tournament will earn  $1 million in prize money and a spot in next year's Concacaf Champions League.

Plus, points earned in the group stage will count towards this season's standings.

Sporting Kansas City 3-3 San Jose Earthquakes (3-0 on penalties): Melia the hero as Sporting through 3 months ago 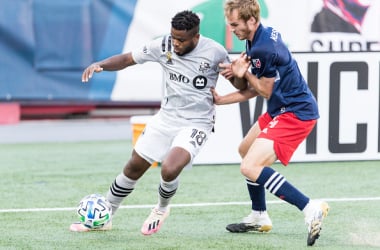 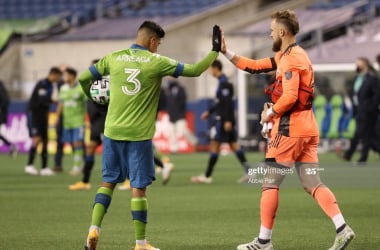 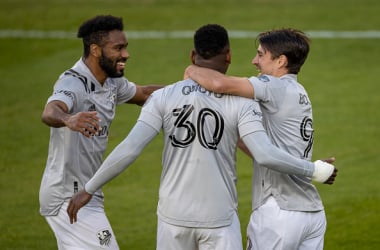 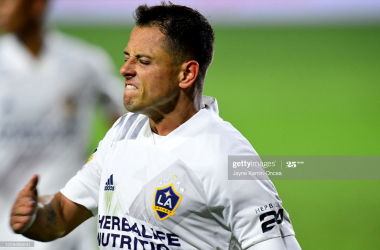