In a game that really picked up during the second half, neither Chivas nor León were able to break the deadlock in their opening match. Ángel Mena wasted plenty of chances.
9:51 PM10 days ago

Sánchez receives accidentally a finger to the eye from Moreno , and the game has to be stopped while the medical staff checks on him.
9:42 PM10 days ago

Mena misses another huge chance! He now sends a volley over the crossbar from a very advantageous position.
9:41 PM10 days ago

Macías tries to head the ball over Cota, but the attempt hits the post!
9:37 PM10 days ago

Montes tries to surprise Rodríguez with a strong shot to the near post, but the keeper responds well!
9:35 PM10 days ago

Sosa is replaced by Rodríguez in the away team.
9:32 PM10 days ago

A good chance ends with a decent shot from Calderón to the near post that forces a save from Cota.

Cota makes another save to a set-pieces play.
9:27 PM10 days ago

Barreiro lets a ball pass by him, leaving Calderón in good shooting position. The strike is stopped by Cota.
9:24 PM10 days ago

Montes takes a shot with his right, but Rodríguez is there to make the save!
9:23 PM10 days ago

Angulo is replaced by Villalpando.
9:22 PM10 days ago

Another incredible miss from Mena!

Ramírez cuts the ball back to the Ecuatorian who sends it wide despite having an open goal.

There's a collision inside the Chivas area, and the game is stopped so the medical team can check on Calderón.
9:15 PM10 days ago

Armando León leaves his place on the pitch for Joel Campbell.
9:14 PM10 days ago

Mena is found by a low cross right on the penalty spot, but he makes an awful contact with his left and a huge chance is wasted.
9:13 PM10 days ago

The game continues to lack any clarity from either team.

Chivas has gained a bit more possession than they had in the first half.

A couple of interventions from Toño Rodríguez to stop crosses from reaching León players inside the box.
9:05 PM10 days ago

Calderón replaces Brizuela on the pitch.
9:03 PM10 days ago

We're underway with the last 45 minutes of the match between Chivas and León!
8:48 PM10 days ago

We go to the break with no goals on the scoreboard.
8:47 PM10 days ago

Molina tries a lobbed pass looking to find Brizuela who was making a run.

Cota gets to the ball first, however, there's a collision between both men.

Montes takes a free-kick, but the attempt is just wide of the goal!
8:42 PM10 days ago

Chivas tries to power their way into the Leon box, but not much understanding is shown between its players.

The ball ends up reaching Cota who plays it with his feet.

This is a typical Matchday 1 match in which both teams are still adapting after the break.
8:32 PM10 days ago

Macías leaves Brizuela in a good position to score, but the left-footed strike is wide from the far post of Cota.
8:30 PM10 days ago

Leon currently with possession of 69% despite being the team away from home.

Chivas really struggling to get any build-up play going.

An attempt by Barreiro that ends up going well over the bar.
8:22 PM10 days ago

Leon attempts with crosses coming in from the right, but they are unable to be precise and create danger.
8:18 PM10 days ago

The game continues with a lot of struggle in midfield. Neither team is able to create too much in offense.
8:11 PM10 days ago

Chivas attempts to put pressure on León, but they're still unable to put either Macías or Zaldívar in scoring position.
8:07 PM10 days ago

First shot of the match by Montes is easily stopped by Toño Rodríguez.
8:02 PM10 days ago

The match between Chivas and León is underway!
8:00 PM10 days ago
Both teams have stepped onto the pitch and we're ready for the start of the match!
7:55 PM10 days ago

7:51 PM10 days ago
José Juan Macías, the young striker who has played for both clubs is ready for the start of the match! 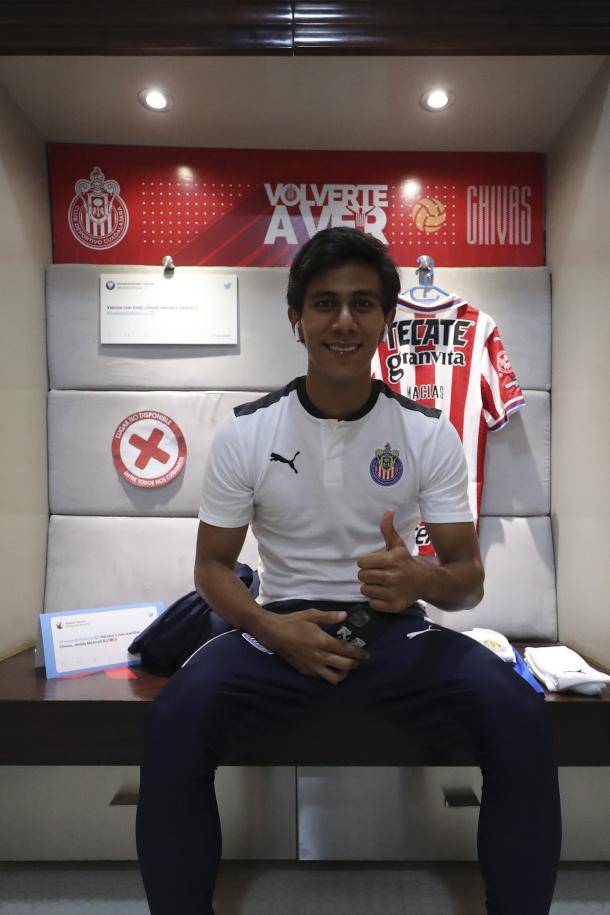 Here, the captain Jesus Molina can be seen checking it out. 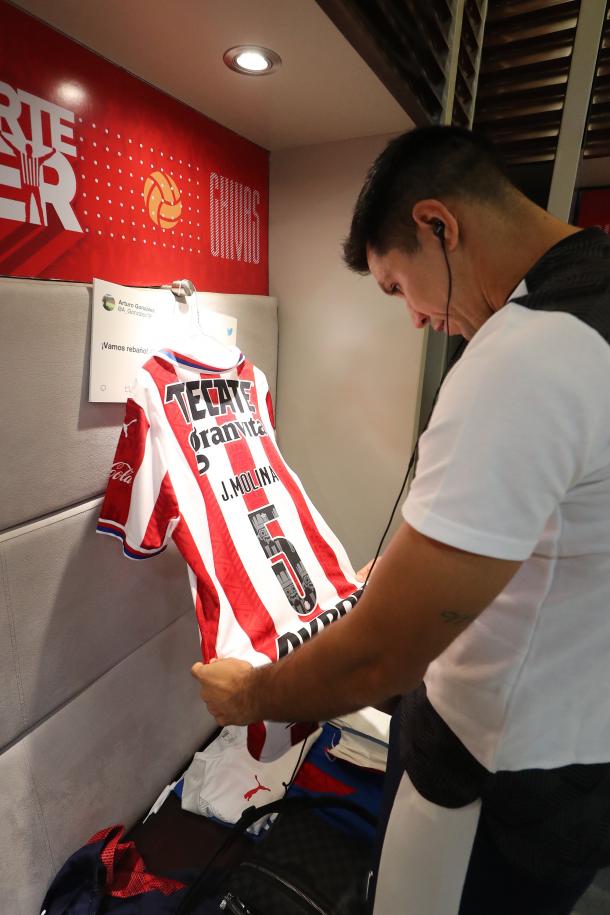 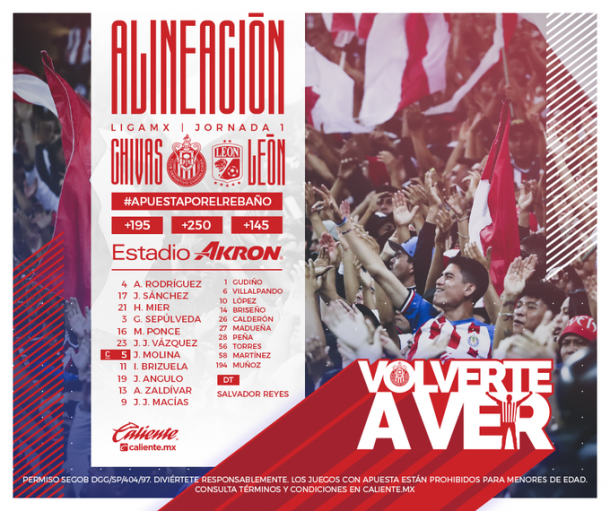 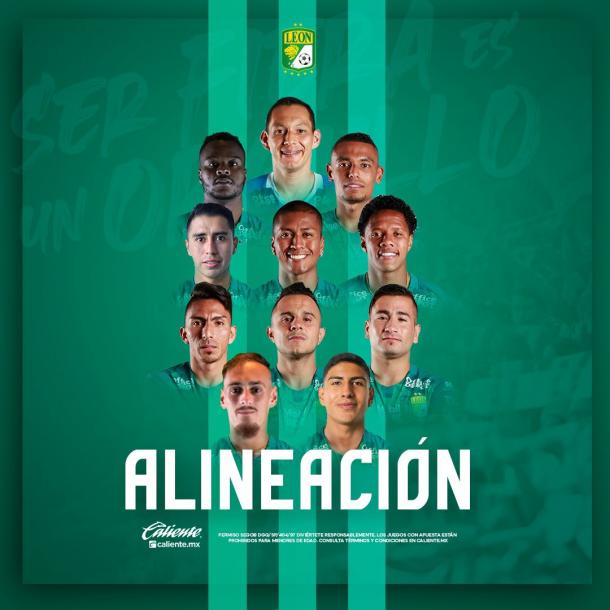 7:21 PM10 days ago
Chivas partnered up with Twitter for the #TweetsEnElAkron campaign in which tweets from their fans are displayed within the stadium to compensate for the lack of a crowd.

This way, the players can feel the support from their huge fanbase. 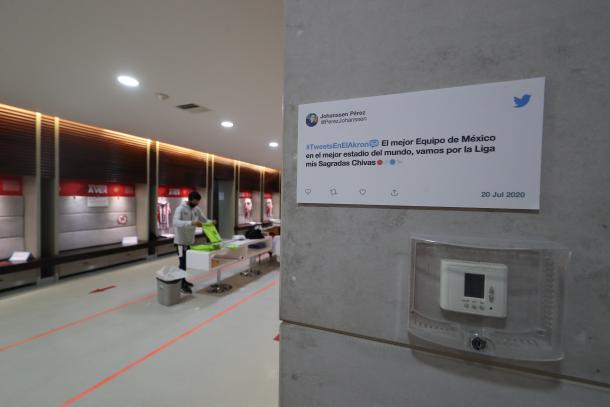 7:07 PM10 days ago
Earlier today, Alexis Vega confirmed that he has tested positive with COVID-19 and will be unavailable for tonight's match.

Guadalajara has 5 wins, 2 draws and 3 losses against León between Liga MX and Copa MX in their ten most recent matches.
7:02 PM10 days ago

We're ready to bring you the best of the match between Chivas and León.

Don't go anywhere! We're an hour away from kick-off!

Do not miss a detail of the match with the live updates and commentaries of VAVEL. Follow along with us all the details, commentaries, analysis and lineups for this Chivas vs Leon match.
11:27 AM10 days ago
Leon has not reported any positive COVID-19 cases in their current squad, which means that Ignacio Ambríz will have all his men at his disposal for the game.
11:25 AM10 days ago
Antonio Rodríguez, José Juan Vázquez, Oribe Peralta, José Juan Macías, Rodolfo Cota y Jesús Godínez are the players from the current squads that have defended both shirts.
11:22 AM10 days ago
Luis Fernando Tena will continue to be absent from the Chivas bench after testing positive for Covid-19.

In addition, Fernando Beltrán, Uriel Antuna, and Ronaldo Cisneros will not be available to play for the same reason.

The referee of the match will be Jorge Isaac Rojas.

He will be assisted by Alberto Morín and Miguel Ángel Chua as linesmen.

Diego Montaño will act as the fourth official.

How to watch Chivas vs Leon Live TV and Stream

If you want to watch the game on TV, your options are Universo and Telemundo.

If you want to directly stream it: Chivas TV's paid stream.

The green side faced FC Juárez and Pachuca as part of the Telcel Cup, with a record of 1 victory and 1 setback.

They secured the signings of  Emmanuel Gigliotti, David Ramírez and Alfonso Blanco for the 2020 Guard1anes. 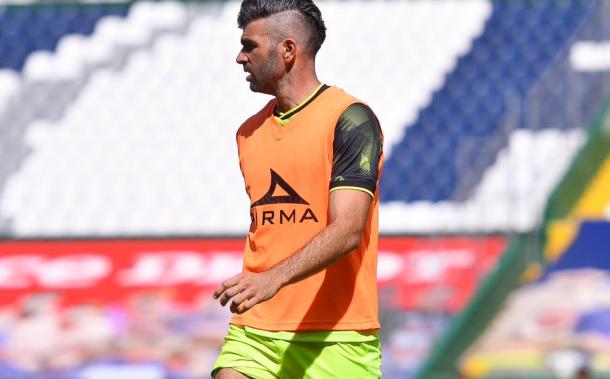 Chivas played 5 preparation games during the preseason and was part of the GNP Copa Por Mexico.  Their balance was of 3 wins and 2 losses.

In this tournament, they ended up runner-ups after losing the final to Cruz Azul. 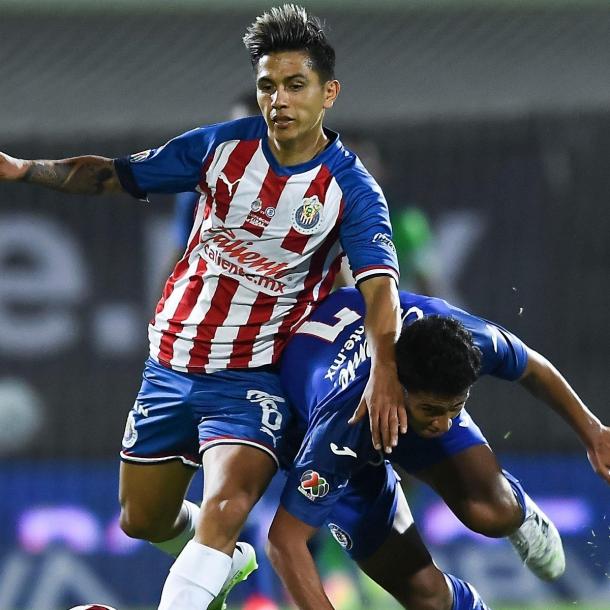 The Chivas vs Leon match will be played at the Estadio Akron, in the Guadalajara metropolitan region, Mexico. 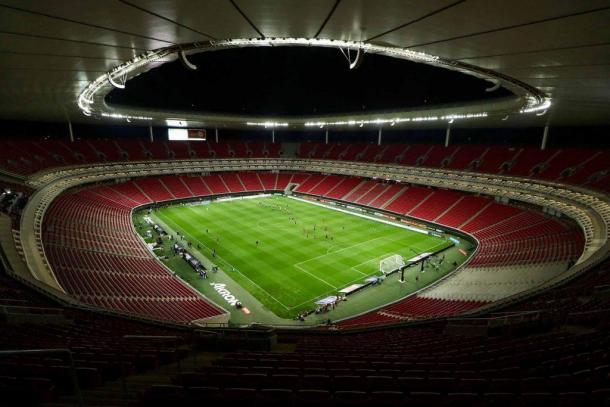 Welcome to VAVEL.com’s LIVE coverage of the 2020 Liga MX match: Chivas vs Leon!

Orlando City SC vs LAFC preview: Black and Gold favorites to advance to semi-finals?4 days ago